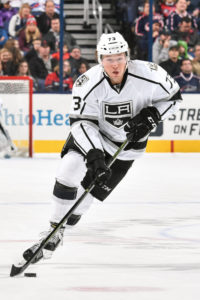 The good: Despite a number of factors that conspired to work against Tyler Toffoli in an injury-marred contract season, there were still a number of indications that the down year was nothing more than a blip in his overall trajectory as a player. The disclaimer that possession rates aren’t a be-all, end-all predictive model applies as always, but Toffoli’s 57.1% Corsi-for percentage ranked second amongst L.A. forwards, and it translated to a 2.97% CF%Rel, which led all qualifying forwards and ranked second on the team. He has proven to be a reliable, all-situational forward, so the competition was difficult (even though his zone starts showed a very slight skew towards the attacking end). He was held without a shorthanded goal after scoring six in the two years prior, though he did offer a nice flip to Jeff Carter to combine on a shorthanded breakaway early in the season. He wasn’t always able to find his soft spots in the attacking zone to the same degree as the year prior, but Toffoli is capable of playing with a very good pace, and along with Jeff Carter and Tanner Pearson, operates with a quick, precise rhythm when exchanging pucks and making plays both on the rush and in give-and-goes along the perimeter deep in the offensive zone. That pace and his drastically improved skating ability when compared to his early days in the organization has allowed him to remain on the right side of the puck; with a plus-six rating, he has amassed a remarkable plus-90 rating through 293 games. This is an under-recognized aspect of his game: Toffoli is not often scored upon, and his 2.12 GA/60 – the second best rate among forwards who consistently play in the top-six – was actually the highest goals-against rate of his career (though his 6.69 GA60 in all shorthanded situations was the highest rate of all regular L.A. penalty killers). He takes few penalties, even if his PIMs crept up by two despite having played in 19 fewer games than the season prior.

The bad: There was an unfortunate combination of variables for Toffoli, who suffered a significant lower-body injury in mid-December and missed the next 19 games. He played with discomfort as part of a team alignment that wasn’t as well-balanced as the year prior. His production in all situations slowed, and though he poured shots on goal and generated chances to the same degree, his shooting percentage fell, as did his assist rate, both at even strength and while on the power play. (Toffoli’s four first assists in 792 minutes of five-on-five time is a mark that will have to be improved this coming year.) He had strange bookends to the season and scored just one even strength goal through the first 13 games; at the end of the year he wasn’t able to generate any late season momentum as the team collectively hit the skids in late March and April, and he accounted for only two goals and five points over his last 13 games. After the season, he had a “minor surgical procedure” on his left knee, and his agent, Pat Brisson, said that he “played on one leg” after his return. These are tough breaks for the likeable young player who had remained in Los Angeles to train the summer prior. “I think it was just a frustrating season for us,” Toffoli said. “I think for myself, personally, things just didn’t go my way, and it didn’t go the right way for a lot of the guys. I think we’re all ready to just put that behind us, and like I said, just grow and be ready to come back next season. Everybody’s super excited to get back to work, and when I talked to Blakey and Johnny about it, we’re all really excited about it.” Toffoli, who recorded a goal and three points in both four-on-four and three-on-three play, totaled only eight goals and 17 points during five-on-five play. 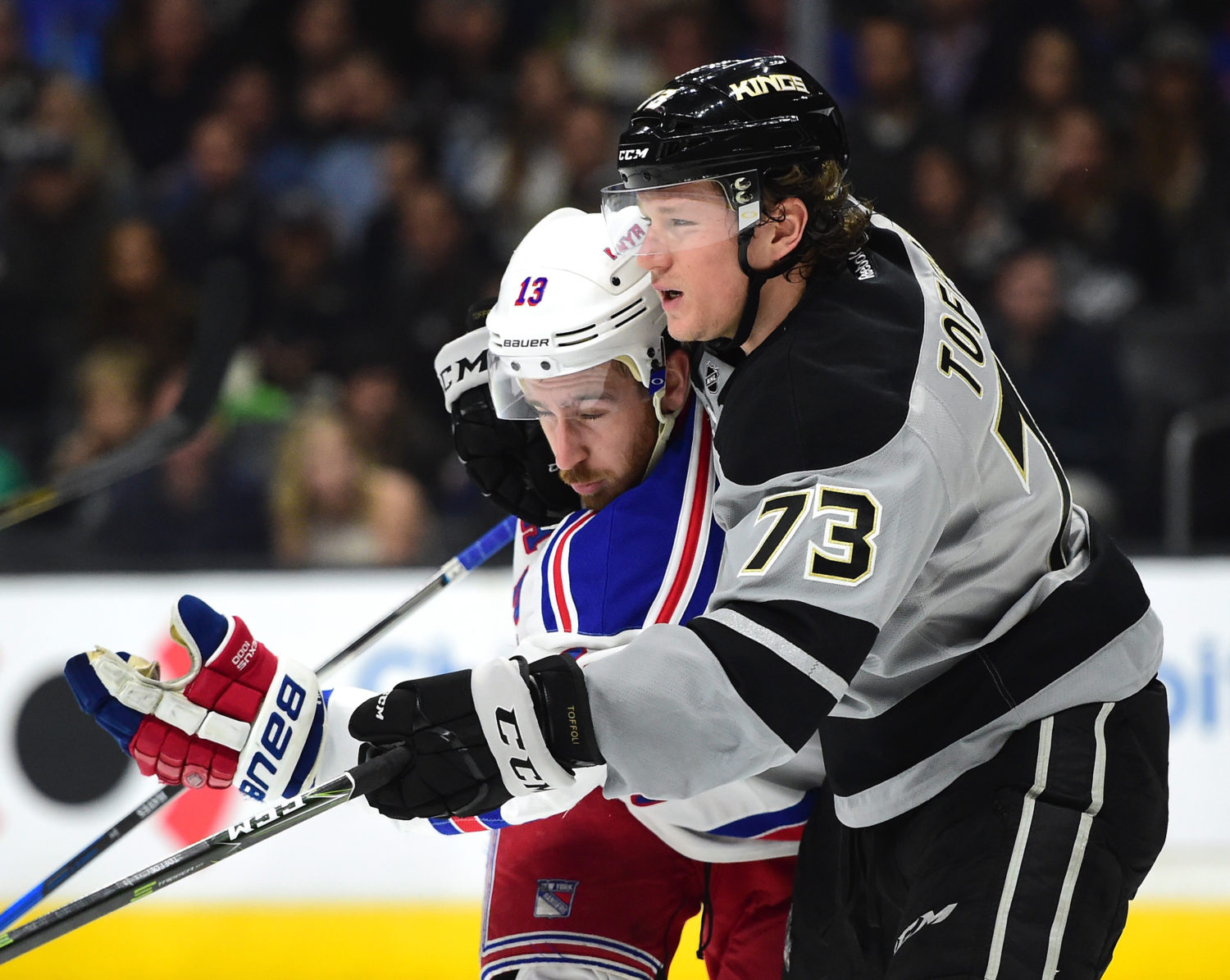 Going forward: Toffoli, who turned 25 in April, didn’t have an arsenal of leverage in negotiations based on his RFA status and a 24-point drop in production from the year before. That didn’t appear to matter a great deal, though, as talks moved quickly once commenced in earnest, and Toffoli and Tanner Pearson, two core players, both walked away with fair deals that won’t constrict the team’s cap flexibility during their mid-20’s. During the duration of his three-year, $14.8-million contract, Toffoli should be expected to revert to production that gravitates more towards his 2015-16 season than his 2016-17 season. The Kings don’t have as collectively strong of an offense as they did during Milan Lucic’s season, which helped Toffoli establish career-bests across the board even if they weren’t always playing together. But even if Toffoli doesn’t score 31 goals as immediately as this coming season, it’s not out of the ordinary to think that an additional 10 goals and 10 assists would be the base from which he should be expected to build from. Brisson referred to him as a “25-to-35-goal scorer,” and those expectations seem pretty dead-on when laying predictions down for the coming season. As he matures, he’ll continue to be expected to absorb a greater share of the evolving leadership dynamic, and for a good, if anecdotal, observation, players at development camp are now learning how to curl and protect the puck like Toffoli before unleashing their shots. While there were reasons behind a challenging 2016-17 that went beyond his health, there are no indications in his underlying numbers that such a spell should continue. Expect Toffoli to flirt with 30 goals and reach 55 points if he remains healthy. 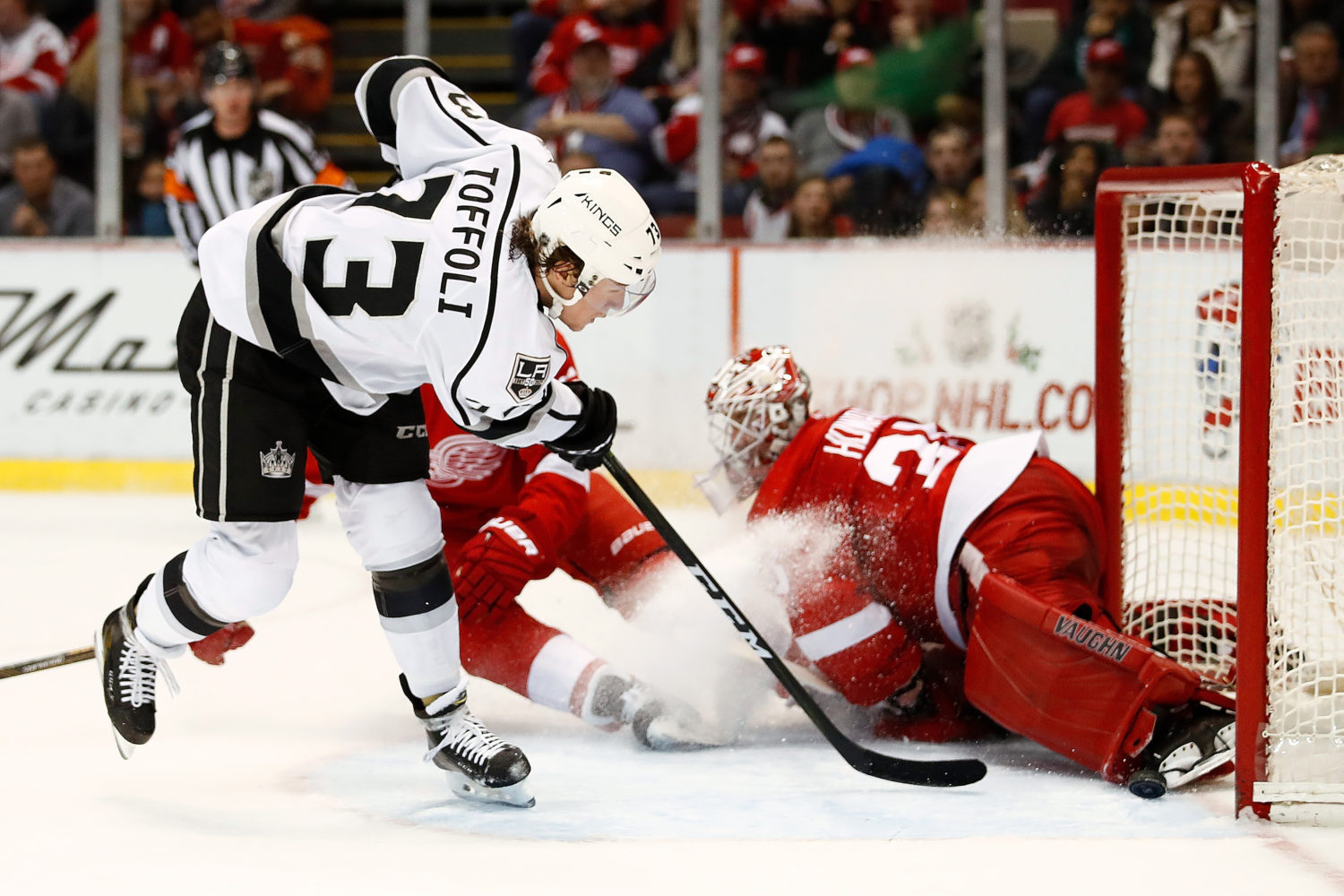 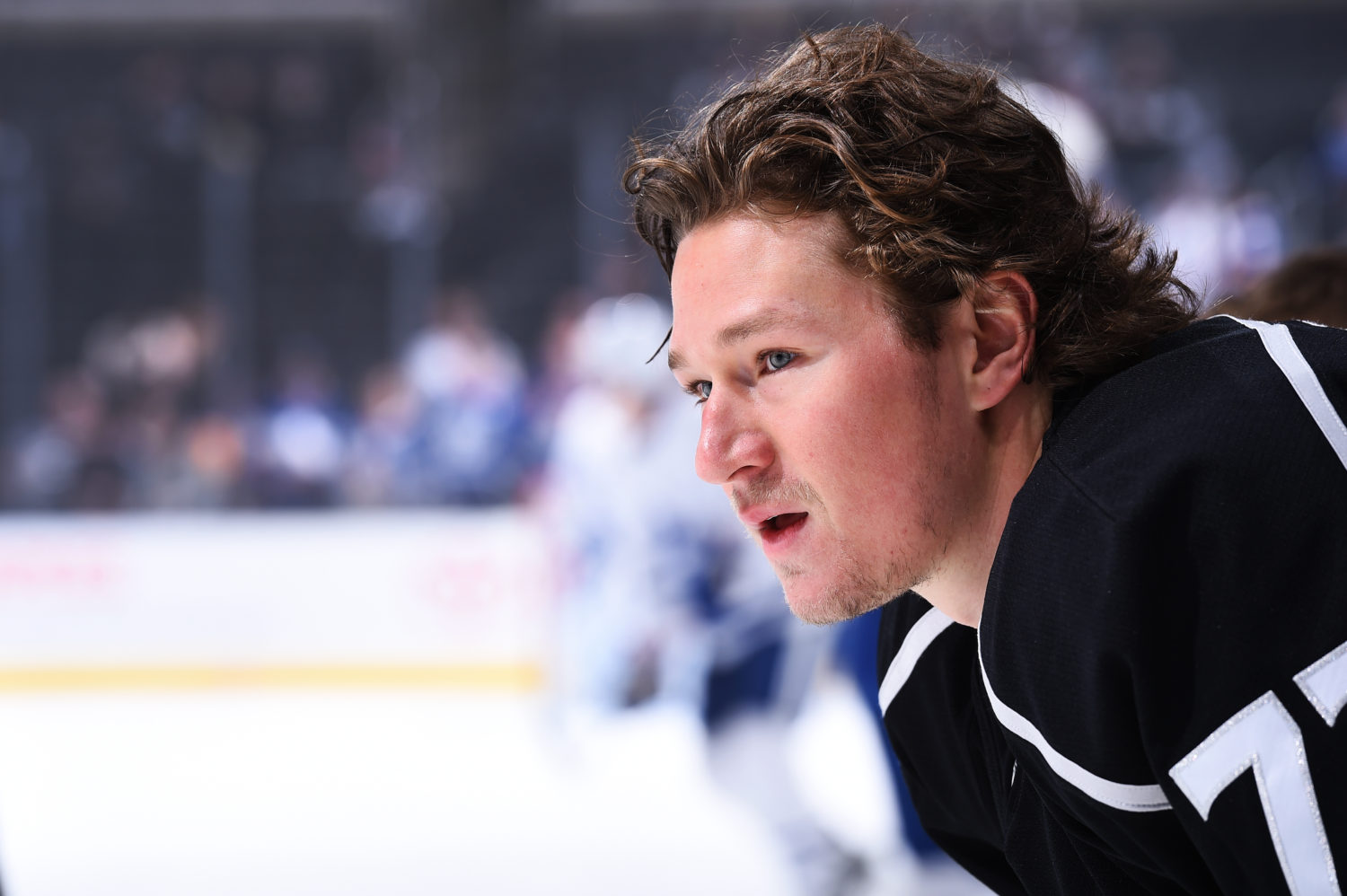