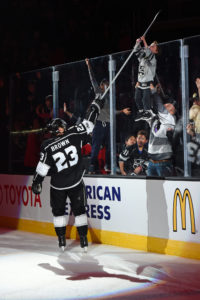 The good: The A#1 lead thought reviewing Dustin Brown’s 2016-17 season is a testimonial to his character. One year ago, Brown was not done right by those who made the decision to replace him as captain with Anze Kopitar – an evolution in jersey lettering that had been rumored to be in the works prior to May, 2016. The status quo as it related to his production needed some sort of jolt, but the captaincy transfer placed the homegrown Brown – the longest tenured King, the only Kings captain to lift the Stanley Cup over his head as a member of the team, one of the team’s most detail-oriented players, someone who suffered through firsthand experience of the team’s lean years last decade, and, as the club emerged from the throes of several major player conduct issues that made headlines beyond Los Angeles, a noble and upright citizen who was one of the earliest emotional investors in You Can Play – in a precarious public situation. Brown never blinked. This may have been the most difficult episode in his career, and whether he internalized his feelings or simply moved on seamlessly from the type of public commentary and speculation that any athlete would have wanted to avoid, the issue of the captaincy as it related to Brown specifically did not arise as a story or serve as a distraction for him personally throughout the team’s 82 games, and he deserves credit for always being available with the media and visible during community outreach. A lasting image of the previous season was Brown and Jarome Iginla, another emotional leader of immaculate character and a former conference adversary, laughing and carrying along as they exited the team bus for the morning skate prior to the 77th game of the season, a 2-0 win at Vancouver. Anecdotal moments such as these shouldn’t carry disproportionate weight, but the optics of that late-season encounter will endure. Brown deserves credit for the way he carried himself in the aftermath of a very public chapter in his life.

Emotionally, that’s the most important summary of his season. The standings, though, are not determined by neutrinos/60, but rather by collecting points, and Brown’s overall production experienced a moderate rise to a level he hadn’t hit since 2012-13. There are still questions related to his contract that are difficult for some to separate entirely from what he does on the ice, but by many criteria, as well as the eye test, he enjoyed a better year than those in the semi-recent rearview mirror. He played hurt. He did miss two games, ending a streak of 207 consecutive games played, but when you consider he has missed only five of the team’s last 622 games due to illness or injury despite his style of play and how grueling that must be when adding on Los Angeles’ three extended playoff runs – note he played through a torn PCL late in that 2013 run – make sure you salute such toughness when he in all likelihood receives his silver stick next season. His production jumped .42 points per 60 minutes from the season prior, while his 5×5 G/60 rate of .47 was the same as it was in 2011-12, a year in which he totaled 54 points overall. Though his overall shot total went down, his shooting percentage rose as he played to his identity by managing his game, playing up and down the lineup, taking hits to make plays, guiding the Kings’ younger players through his actions and his relationships with them, screening goaltenders, avoiding minor penalties, forechecking and driving to the net. “I think Brownie’s a power forward, there’s power in his game,” Davis Payne said in November. “He’s looking to get to the hard areas and he’s looking to do the job on the walls and win battles on the walls in the offensive zone and then get to the inside. I don’t know how you’d say it, but simplifying it is not as simple as it sounds. However, it is very effective.”

The bad: Goals were scored against the Kings when Brown was on the ice during five-on-five play to a greater degree than any season since 2008-09, and his overall possession rates were the weakest they had been in any year since 2010-11. It was expected prior to the season that Brown would skate alongside Kopitar and Marian Gaborik, a combination that wasn’t able to get off the ground on time when Gaborik suffered a broken foot at the World Cup. Ultimately, the three did skate together in spurts, and their lack of production together was somewhat emblematic of their own and the entire club’s lack of consistent production, as the team scored 2.01 goals per 60 5×5 minutes with Brown and Kopitar on the ice (with a quality 55.7 CF%), and scored 1.86 goals per 60 5×5 minutes with Brown and Gaborik on the ice (with a strong 58.1 CF%). While some would point to his chemistry with Nic Dowd and Devin Setoguchi early in the season as an interesting combination, that trio was challenged in keeping the puck out of its own net, and the team’s 2.81 goals-against per 60 minutes of 5×5 hockey when Brown and Dowd were on the ice is too high of a rate for a grouping that spent 278 minutes on the ice together and was relied upon as a “third line”-type role. While Brown’s production did increase, it should also be noted that he recorded the highest secondary assist rate of his career while his primary assist rate during five-on-five play decreased for the second consecutive season. 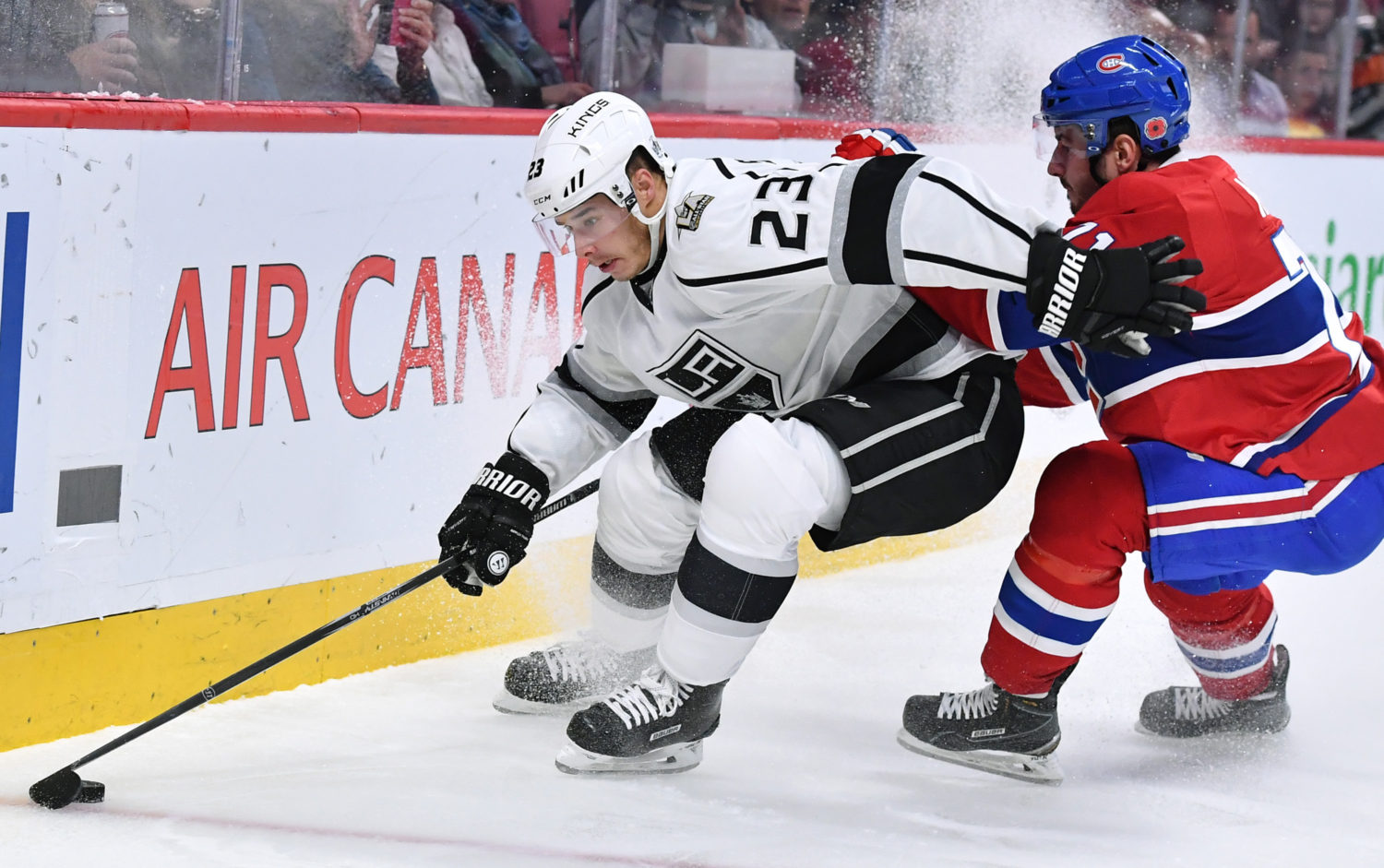 Going forward: The Kings have explored trading Brown in the past but have found it difficult to do so, which is not a reflection of the player, but rather a contract that carries a $5.875-million cap hit through 2022. Such negotiations are likely to continue with Vegas prior to the expansion draft with Los Angeles using assets as a potential rider – see: salary retention, a prospect, a draft pick, or some combination of the three – though it is murky to envision, let alone expect, the Golden Knights to claim a player who is being paid like a top-line forward but has posted consecutive seasons of 27, 27, 28 and 36 points. It wasn’t exactly under wraps that Brown and Darryl Sutter’s relationship took some maintenance, and it should be interesting to see whether he’s removed of any emotional or system-wise restraints under John Stevens. There’s so much character, experience, drive and competitiveness inherent in the way Brown plays that even though he doesn’t score at the same rate he previously had, he still does a lot of things that help his team win hockey games. Production-wise, expect a similar season in 2017-18, with the possibility of another slight increase in his point total. 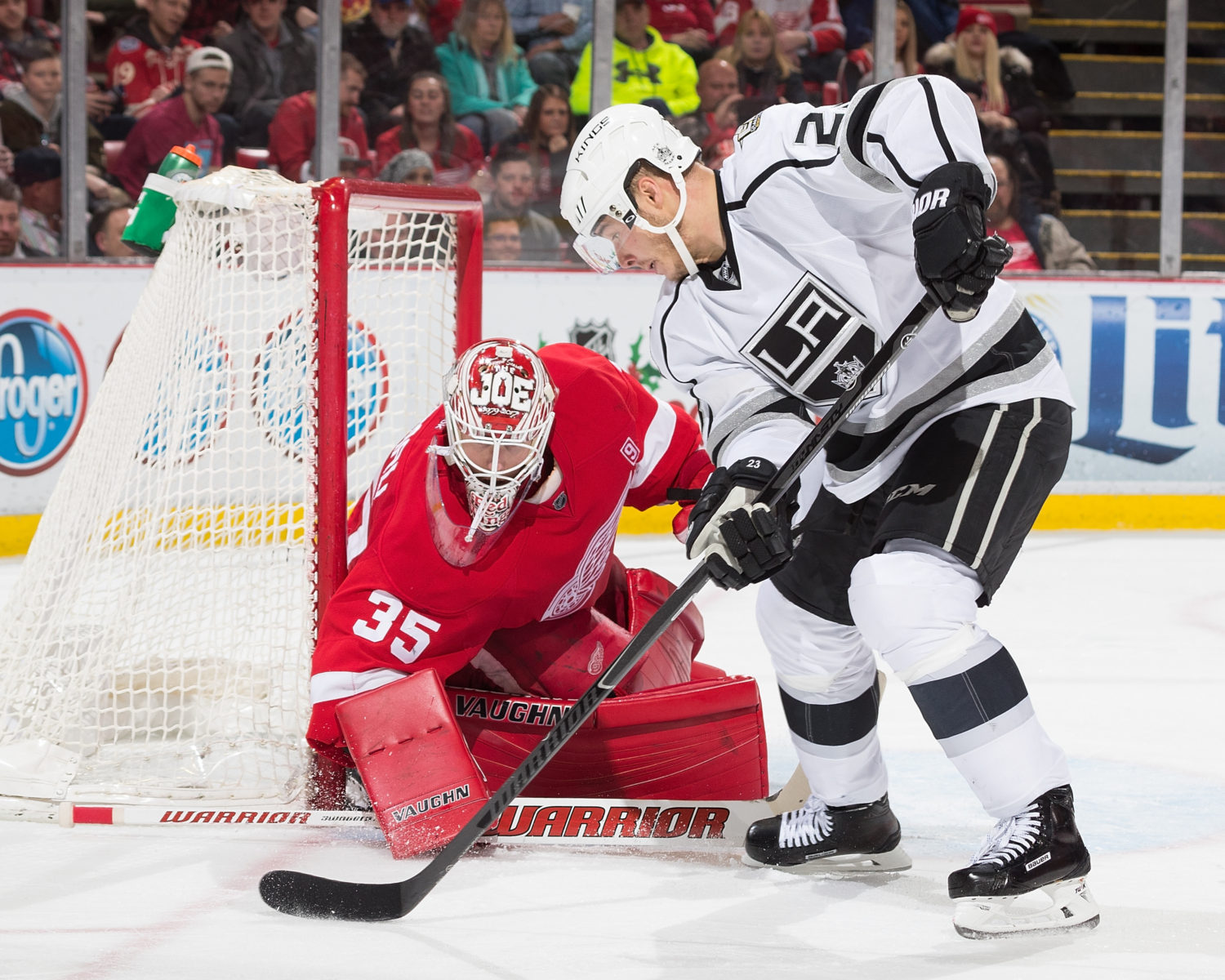 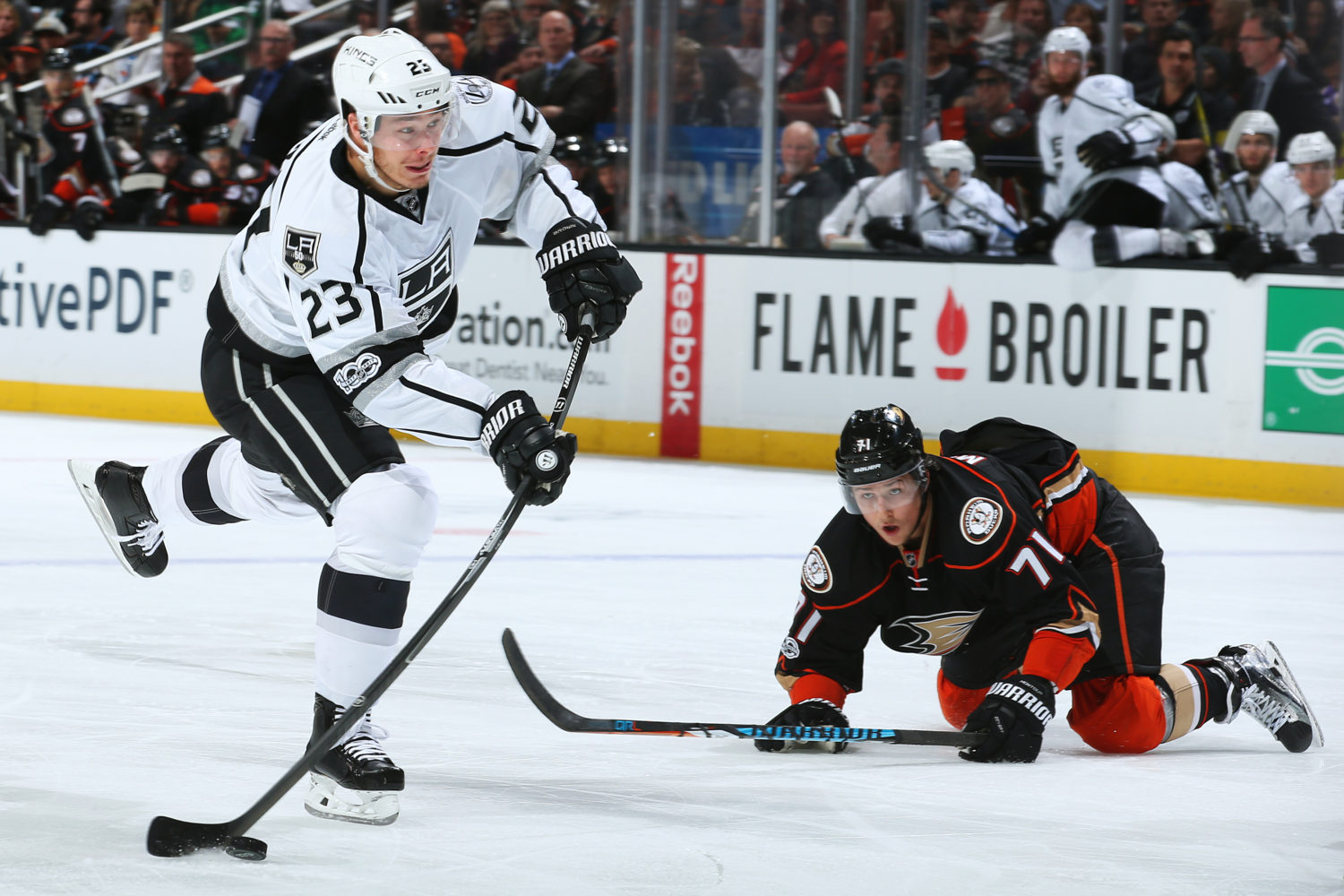