Personal background guides Brown as Kings’ You Can Play ambassador 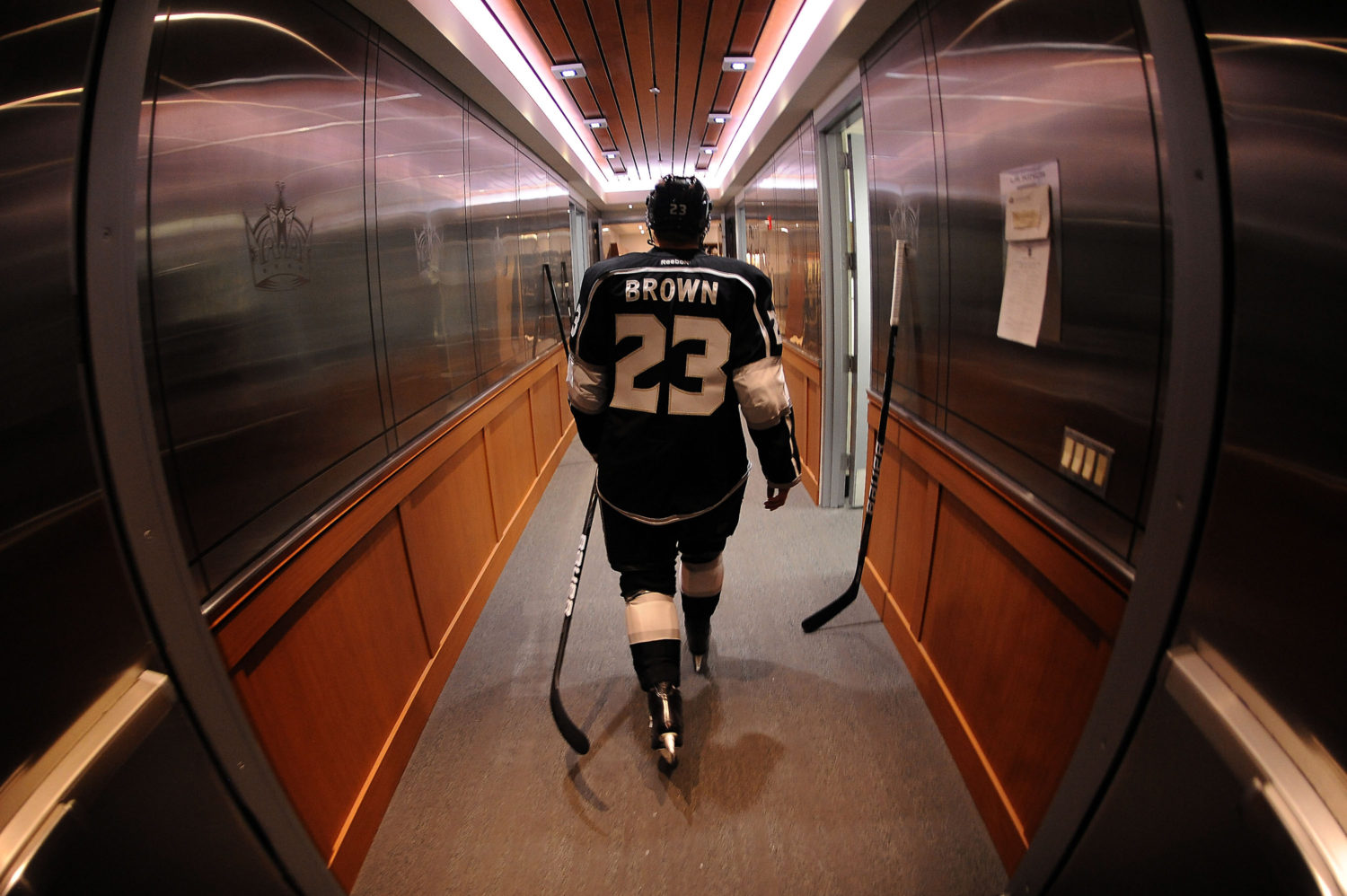 Dustin Brown is the Los Angeles Kings’ ambassador for the You Can Play Project, which has partnered with the NHL as part of the league’s Hockey Is For Everyone month in an effort to raise support and awareness of lesbian, gay, bisexual, transgender and queer issues and in the fight against homophobia in sports.

But while his profile in the outreach is admirable, he’s not the only person to have lent their voice to LGBTQ rights. Tanner Pearson has lent his. Alec Martinez has lent his. Darryl Sutter, speaking with reporters at Amalie Arena in Tampa on Monday, lent his.

“We’re part of families and part of teams,” Sutter said.

Brown’s actual family is one that like virtually any family has close gay friends. It’s silly writing that, because it’s not anything that’s controversial or should be boldfaced; it’s a natural occurrence in daily life.

But while individuals’ sexual orientations shouldn’t be newsworthy or head-turning, there is still the fact that homophobia does exist, and the You Can Play Project, created “to ensure the safety and inclusion of all in sports – including LGBTQ athletes, coaches and fans,” is an outreach program designed to uphold equal footing in the locker room by banking on athletes’ backgrounds and personal connections in sharing their voice.

“I have friends that are needing support and it’s just something that I think is just becoming more and more important in society,” Brown said.

It’s also important that “locker room talk,” a saying that sands off the unacceptable usage of offensive dialogue among the company of a perceived like-minded group, is no justification for any sort of slur. To counter such equivocating, Brown is a proponent of starting the discussion with those around him.

“I think it’s definitely changed since I first came in to the league, but I think it’s important to understand it’s just a lack of education, a lack of awareness of bigger things than hockey or stuff like that,” he said. “It’s not like a sports issue, it goes across to all facets of life and with a lot of the big issues like this, it just comes down to people are not bad people, it’s just a lack of education on the matter and, like I said, there’s a lot less of locker-room talk nowadays because people are more aware and people are being educated on it, and that’s kind of what you need.”

Eradicating any lingering nonchalance towards prejudiced discourse – whether in the dressing room or elsewhere – is a primary focus.

“Yeah, and that’s where the education needs to come in, and unfortunately there are people who won’t want change, and at the end of the day it’s just trying to turn the tide on the people,” Brown said. “People are smart, so we’ve got to figure it out. It’s better to have people advocating for it rather than trying to push it away.”

Players or retired athletes have come out as gay in football, baseball, basketball and soccer, but that is yet to happen in the NHL. There is, for the lack of a descriptive reason, the perception that hockey could be more conservative in the promotion of the individual than other sports. Without trying to get into any larger, shallower conversation, in hockey, the team’s needs and the greater good overshadow the needs of the individual. That can also apply to other sports, but perhaps it is more true in hockey. Perhaps it isn’t.

“I mean, everyone talks about it in the room, how tight it is and the fact of the matter is if someone’s not comfortable enough in that regard, then that’s something we kind of need to break down the barrier,” Brown said.

When the team’s league-mandate bye week ends on February 15 – the Kings will be off from February 10-14 – they’ll host the Arizona Coyotes as part of a Pride Night in which the Los Angeles Galaxy’s Robbie Rogers, who came out in the spring of 2013, will be a special guest of the team.

Brown would clearly be among those welcoming of a gay teammate. It’s almost even funny to say that, because to him, and to Sutter, who by his own discussion of league outreach and equality efforts has “been a part of it quietly,” there’s no identification by skin color, religion, or sexual preference.

“Like I said, I think ultimately it comes down to individuals,” Brown said. “Everyone’s different, everyone has their own beliefs. I mean, I would be fine with it. That’s not a big deal to me. I have plenty of friends that are gay and I’ve been friends with them for years, so like I said, it comes down to people’s individual perspectives.”

“It’s just trying to get the message across that everyone’s different.”

CLICK HERE for Pride Night tickets and information
–Tickets purchased through this link will include a commemorative Pride Night T-shirt, and a portion of the proceeds will benefit the You Can Play Project.

You Can Play ambassadors for each NHL club: 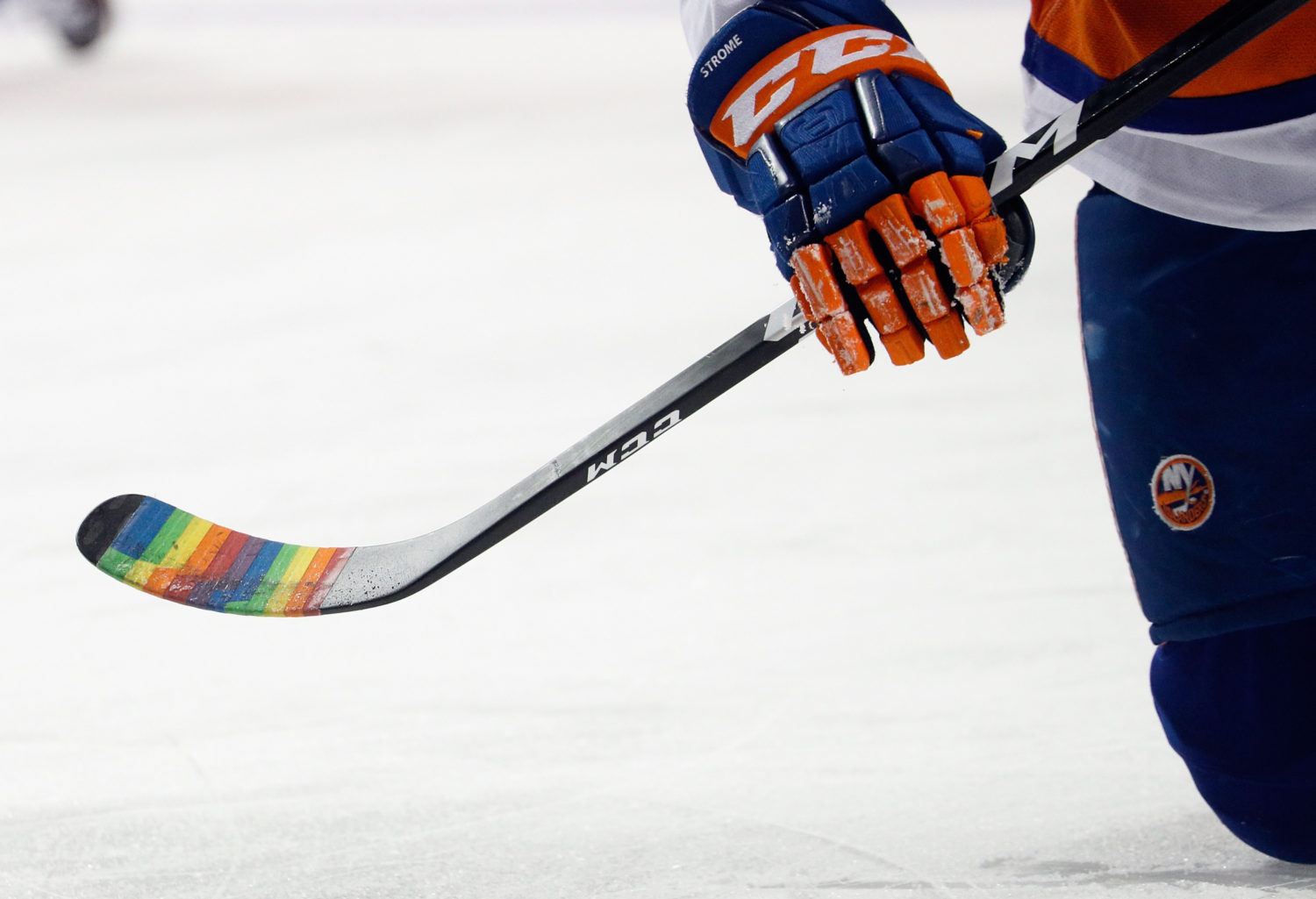