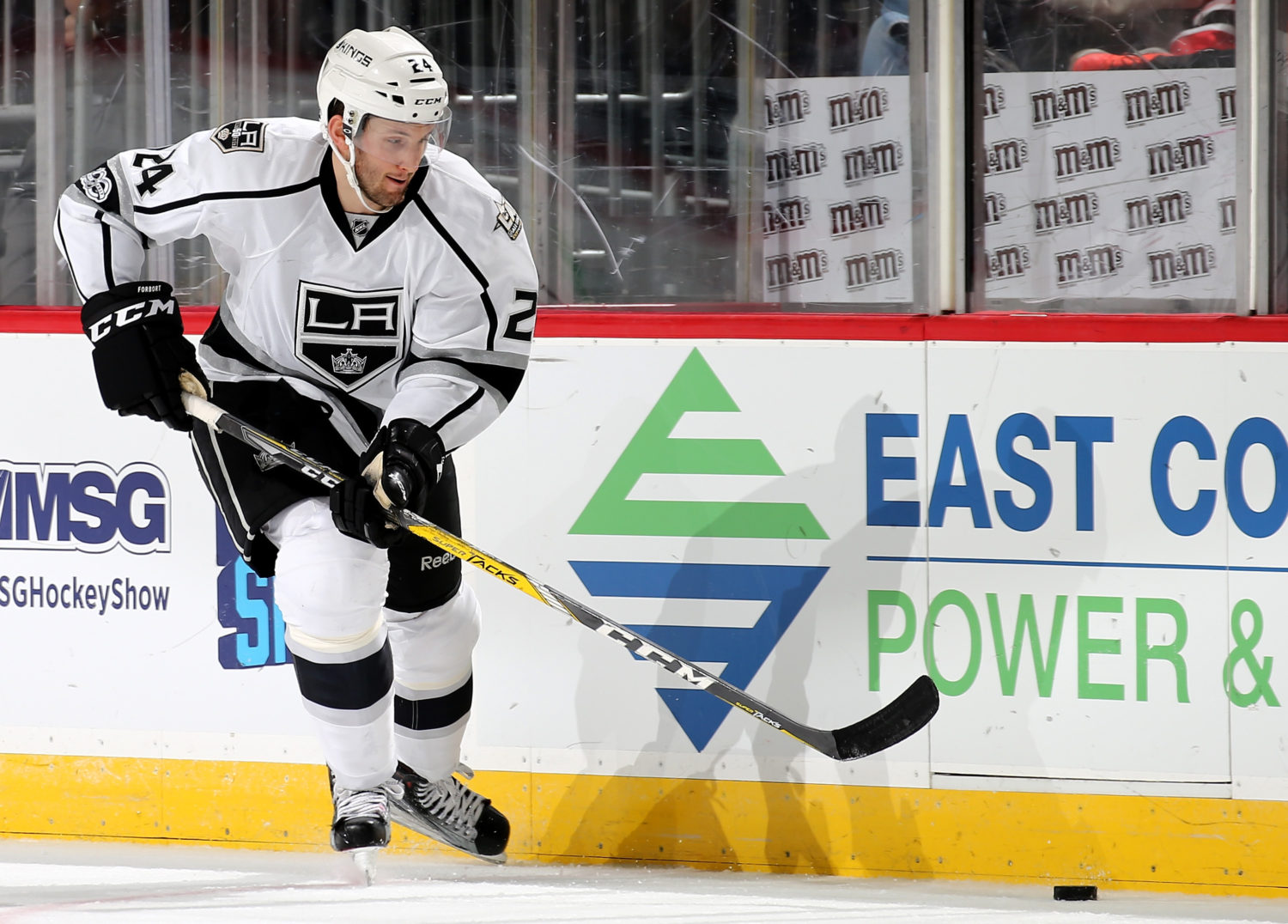 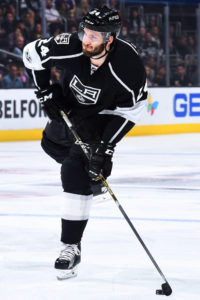 The good: The 2016-17 Kings had a number of question marks heading into the season. How would they replace Milan Lucic’s lost production? Did they have enough scoring in their depth forward lines, and could several younger defenders make strides in replacing some of the experience and size that had been whittled away from the blue line over the last three years? What would the transfer of the captaincy and the departure of key veterans have on the dynamic of the dressing room? They did not receive positive returns on a number of the questions asked, but one answer was highly encouraging: Even though there were still stalwart pieces missing from the blue line, yes, the defensive depth held up for the better part of the season, and Derek Forbort’s ability to grow from a player with 14 games of NHL experience into someone who played in every game and averaged over 20 minutes a night largely playing alongside Drew Doughty was the single most important influence in that.

It wasn’t even a given Forbort, who was no longer waiver exempt, would make the team. But he ultimately did, dressed on opening night and the 81 games that followed, and probably etched out a near-best case scenario following his 14-game look a season ago. Importantly, his strong skating allowed the Kings a fluid transition both in their puck advancement and in the desired evolution towards a more mobile blue line. Forbort, who has a soft-spoken and dry sense of humor in the room, developed a little bit more snarl outside of it. With calls to increase his consistency attached to the need for him to develop a more ruggedness that could raise his play down low in the zone and without the puck, he was inclined to stick up for himself and for teammates and added a pair of fights against Austin Watson and Joseph Cramarossa to his resume. “I think what we’re trying to make progress with Derek in is his consistency shift-to-shift – who he’s on the ice with, killing penalties, his puck management, puck decisions – things like that,” Darryl Sutter said. “You give those guys a little bit in terms of experience or composure or things like that that you also want to make sure that the intensity and the compete part has to be in that A-plus area. The other stuff we can give a little bit, but not that.” As he has become more aware of his setting, the opponent, the time of game, and his own ability within the league, his “intensity and compete” has improved as well. In line with his maturation, he fine tuned his mindful approach and admitted to being quicker to dismiss mistakes than he had in the past.

He also showed a respectable ability to get the puck through the first wave of defensemen and improved his ability to change up the angles in getting the puck to the net, some of which was the result of using his feet to claim pucks near the boards and cradling them swiftly towards better shooting areas. “He’s just good at walking the [blue] line,” Doughty said. “He has a good, quick wristshot. I try to get him as much time as I can when I’m going D-to-D with him. He does a good job at it. He has his head up and he finds the lane. He’s just trying to get it by the first guy, and from there on out if it gets blocked, it’s really out of his control, so he’s been doing a good job.” 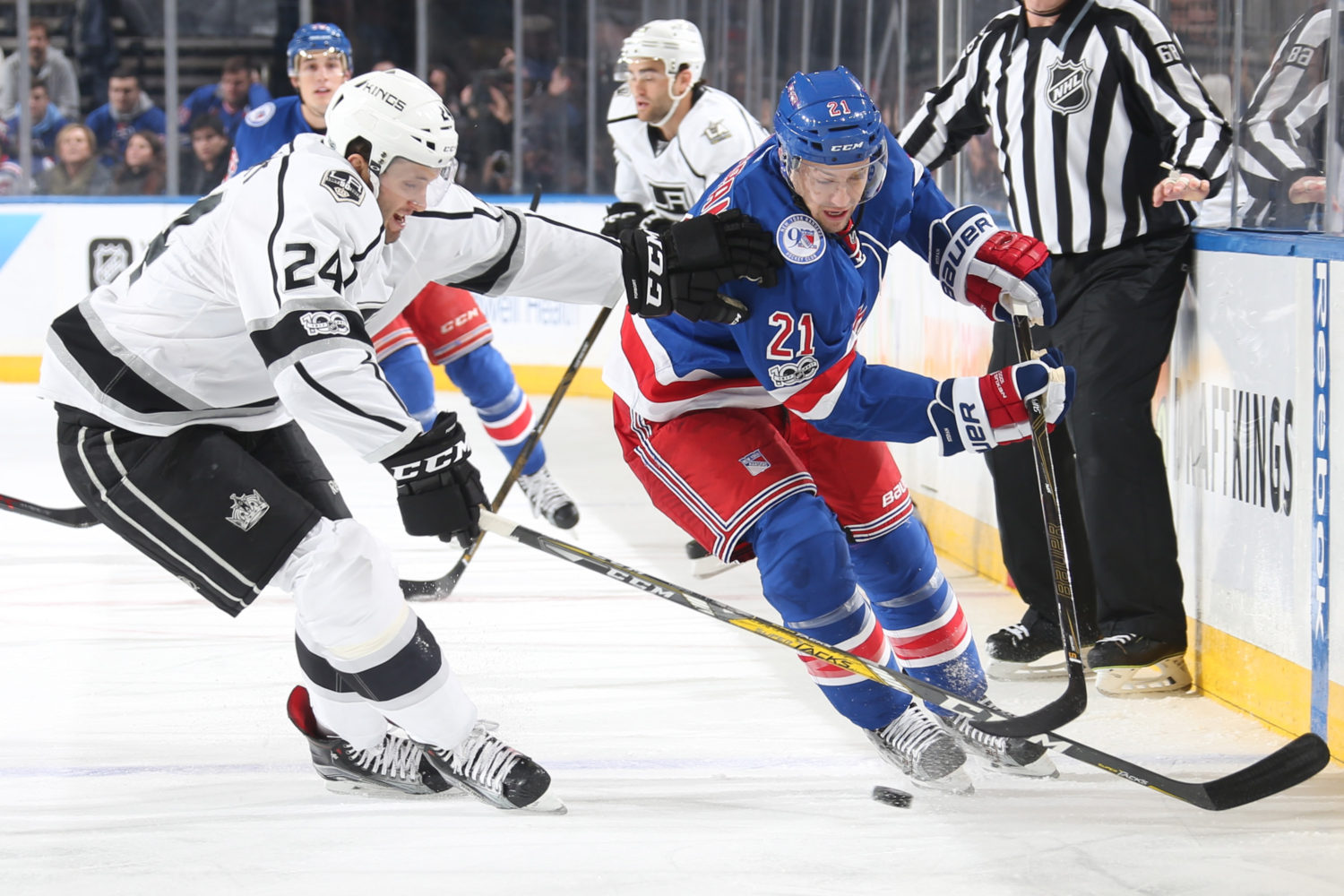 The bad: In 2016-17, the Kings learned that Forbort was able to play a full NHL season while earning heavy minutes in an important role, and that’s a good thing. But can the Kings win when Forbort plays such a role? When Brayden McNabb broke his collarbone and he inherited the slot alongside Doughty, it was more out of necessity than any natural ascension to the role. This is a player who is most realistically a four-to-six defenseman who was playing alongside a number one, though Sutter has shown that he’s comfortable with such pairings, having played Keaton Ellerby, Rob Scuderi, Brayden McNabb and others alongside Doughty. And while Sutter and the coaches appreciated Forbort’s efforts and were cognizant of his progression, they also knew that Doughty props up players he skates alongside. There were some really impressive games – at Winnipeg on November 13, at Columbus on December 20, at San Jose on January 3 and at Calgary on February 28 were the standouts – but there was also a massive swath of the schedule in the second half of the season in which he logged one assist and a minus-four rating over 30 games between January 21 and March 28. Some of the secondary statistics don’t paint a rosy picture at all. His Corsi-for percentage relative to his teammates was the lowest on the team among players who spent the entire year with the club despite mostly zone-neutral assignments that slightly skewed towards the defensive zone. Every single player Forbort logged more than 30 minutes of five-on-five time with posted better possession rates away from him, and alongside Doughty, with whom he spent twice as many minutes as any other skater, there was some uncomfortable data.

Raw 5×5 Corsi isn’t any supreme evaluator, but those appear to be pretty clear trends. Keep in mind, too, that when Forbort was on the ice without Doughty at evens, he wasn’t seeing the same competition as when he was on the ice with him.

Going forward: Forbort was largely what we all saw. He admirably stepped into a major role and provided at or slightly above replacement-level minutes and used his advanced skating to assess the ice well, and, more often than not, make the right reads and reactions. This was also a player that was coachable and has over the last two years made strides in adding more bite to his game and reliability deep in his defensive zone without the puck. There were hiccups, as there often are with rookies, and Forbort’s play was largely sustained by playing sidecar to the Batmobile, but he’s a pretty good player in his own right, and his value will continue to increase because his excellent skating positions him well in the modern game to fluidly retrieve pucks deep in his zone, sort out the forecheck, and push the puck up-ice quickly into the hands of the forwards. With Forbort, Kevin Gravel and Paul LaDue ultimately filling out a defense that no longer relied on the services of Scuderi or Luke Schenn, the Duluth native played a role in adding mobility to a blue line that badly needed it.

Conversations with Dean Lombardi mid-season had made it clear that Forbort had played himself into expansion protection, and he understood that it’s not necessarily a problem when there are too many qualified defensemen worth protecting. It should be assumed that the same mindset carries into the evolved hockey administration’s assessment, and at a $650,000 cap hit in 2017-18 before he reaches RFA status next summer, he provides very good value to a cap-strapped team this season, and potentially, for a few more seasons to come. Players who come with a cap hit of under one million dollars and averaged 20 minutes per game are important pieces for cap-affected teams with aspirations to play deep into the spring. Forbort had hernia surgery last off-season and a “minor surgical procedure” on his left knee this spring, but he’s expected to be ready for training camp, and if anything, well, here are a few stick taps for logging heavy duty through 82 games while playing through discomfort. Others high up in his draft class may have taken less time to get to where they’re going, and may have a higher ceiling, but in 2016-17, many of the raw attributes in Forbort’s package came together, allowing an athletic player to prove that he’s capable of providing mostly sturdy minutes in a middle-to-depth pairing, even on a pretty good defensive team. In seizing his opportunity when Brayden McNabb was injured, Forbort’s 82-game sample size represented a very good case scenario when compared to the curve of what his preseason expectations were. 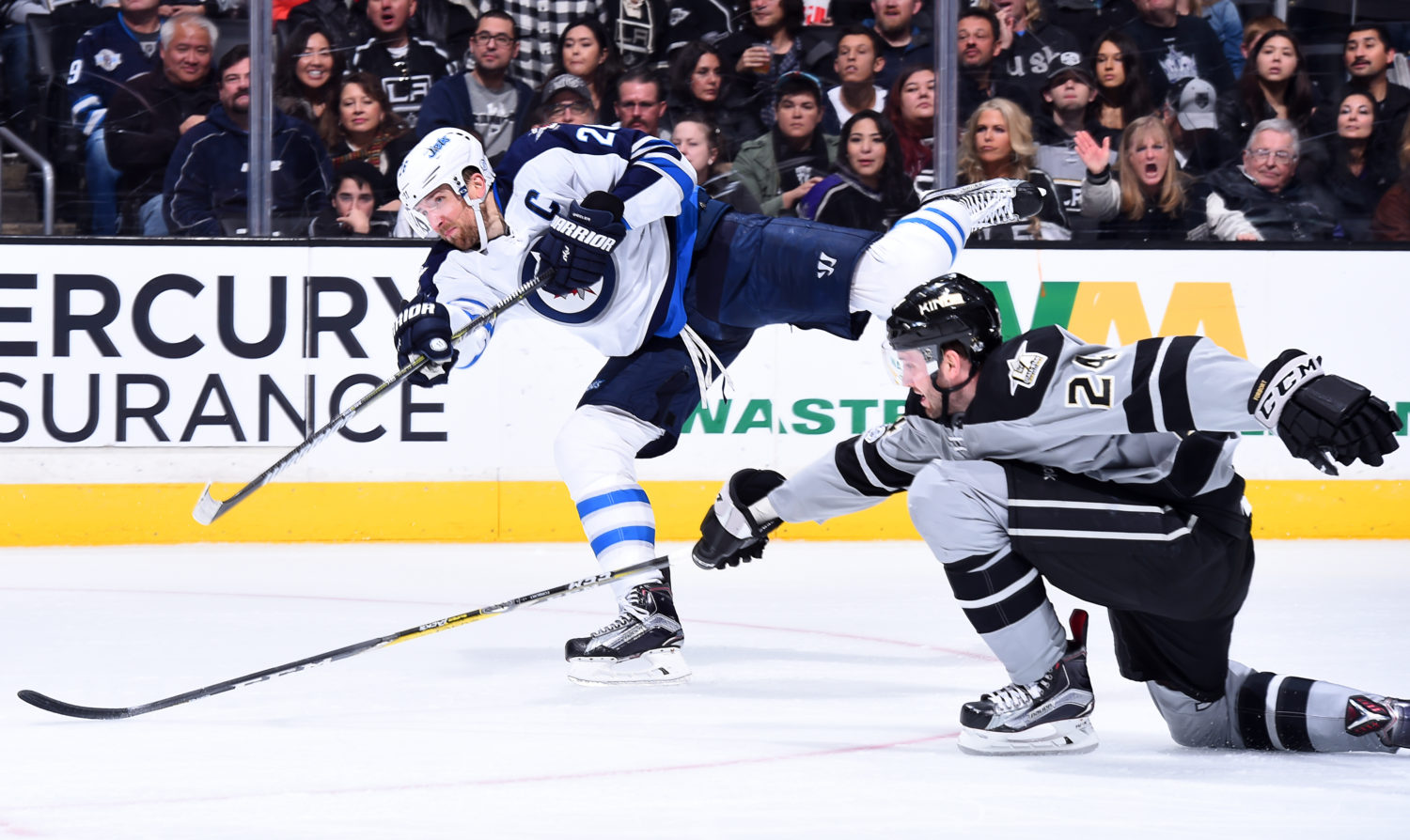 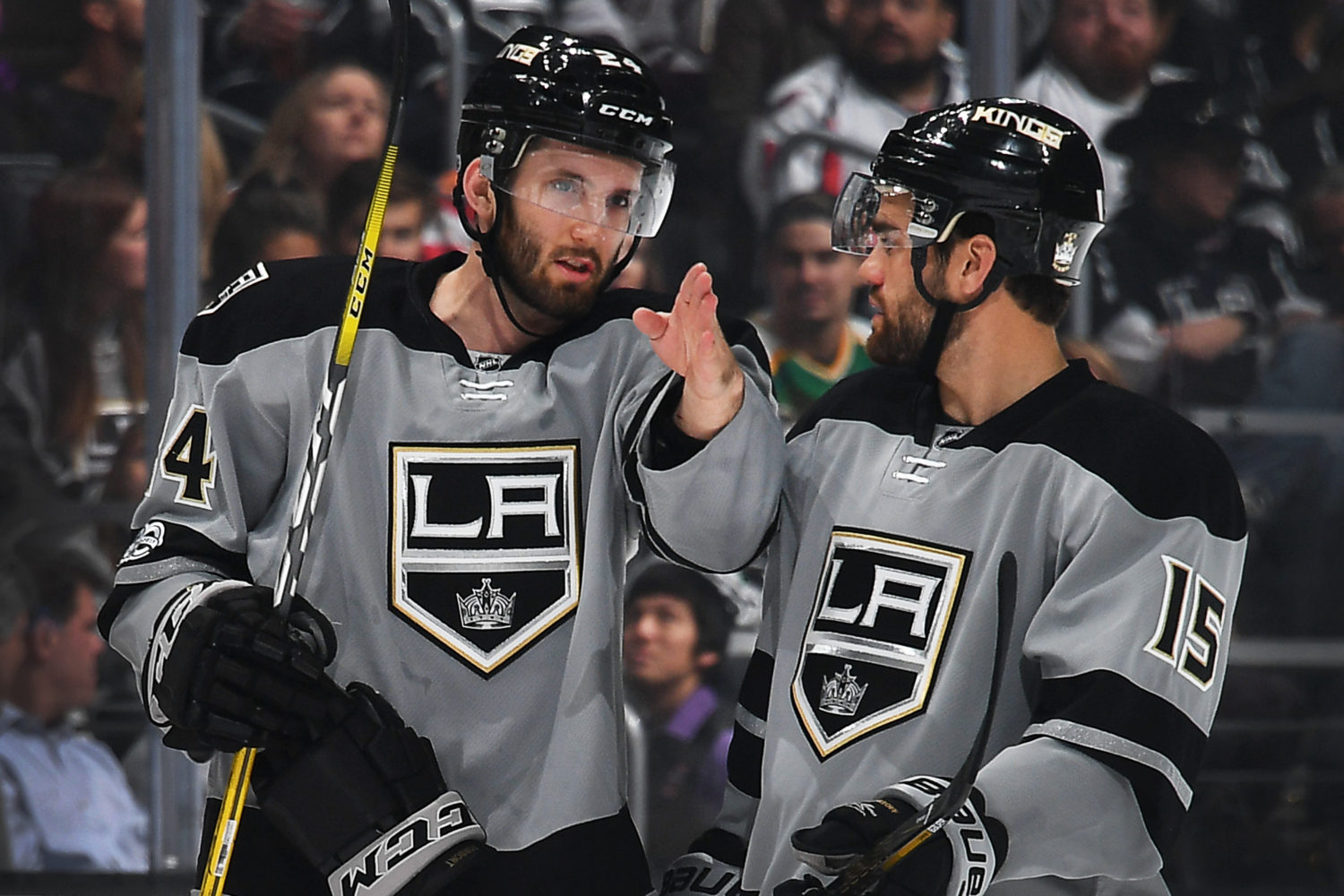