A maturing Forbort likes the way he moves past mistakes

Derek Forbort logged a career-high 25:07 in Los Angeles’ 2-1 overtime road win over San Jose on Tuesday as part of a team-wide effort in which there weren’t many players simply along for the ride in an impressive collective effort.

As a younger player, there may be a higher variance in his performances, and there were certainly aspects of his game that he’ll continue to fine tune as part of an effort in which he was on the ice for 26 shot attempts for and 28 against at even strength. No one should ever put much stock in the “giveaways” and “takeaways” column on the NHL’s game summaries, but Forbort’s seven credited giveaways did jump off the page, and while that statistic isn’t the most telling reflection of a player’s performance, it did suggest, as did the eye test, that he was better without the puck than he was with it.

He was strong in his own end, cut down passing lanes, contributed a hard game down low and along the boards, and finished tied with Alec Martinez with a team-high six hits.

“Yeah, it was a physical game out there,” he said of his performance. “I thought I had a good first period and then the second period wasn’t as quite as sharp as I wanted but just tried to get back to the basics and be hard to play against down low and just move pucks up to the forwards from there.”

It was representative of some added snarl in Forbort’s game and among the factors why he and Doughty – whose presence alongside Forbort is important – have generated success alongside each other, even if the rookie isn’t quite in the black overall in his raw possession rates.

After the team’s optional skate at Toyota Sports Center on Wednesday, I spoke with Forbort about his and the team’s performance in San Jose, and where his maturation comes from:

Derek Forbort, on whether playing heavy minutes helps smooth out aspects of his game:
Yeah I think it’s huge to kind of put it behind you if you do mess up because you’ve got to be ready for the next shift and I think that’s something I’ve got better at in my career is if you make a mistake just put it behind me and being better in the next shift.

Forbort, on whether coaches or management points out his mistakes or if it’s his own self-awareness:
I think it’s just a self-understanding that, you know, that’s going to happen in a game and you’ve just got to put it behind you and look towards the next shift and just be better.

Forbort, on what he liked about the team’s performance in San Jose:
I think everyone was pretty all-in defensively. We really didn’t give up much as far as two-on-ones go and stuff like that. I think that’s just the forwards doing a good job with back pressure and reloading and stuff like that. They have such a good offense that you’ve got to be sharp in that end of the game, and we were.

Forbort, on the team’s demeanor during close games:
I think it’s just embracing it. It’s exciting being in those games, especially against a rival like San Jose, and you can’t really be scared of the moment. You’ve just got to take it head on and really grab it and play your best hockey at those critical times.

Forbort, on what Drew Doughty is like towards the end of one-goal games:
Yeah, he’s always pretty calm. He’s always got like that fun demeanor about him and it’s fun to play with him in situations like that just because the way he approaches it. He approaches it the same as if we were up 4-0, so I think that’s why he’s such a good player. 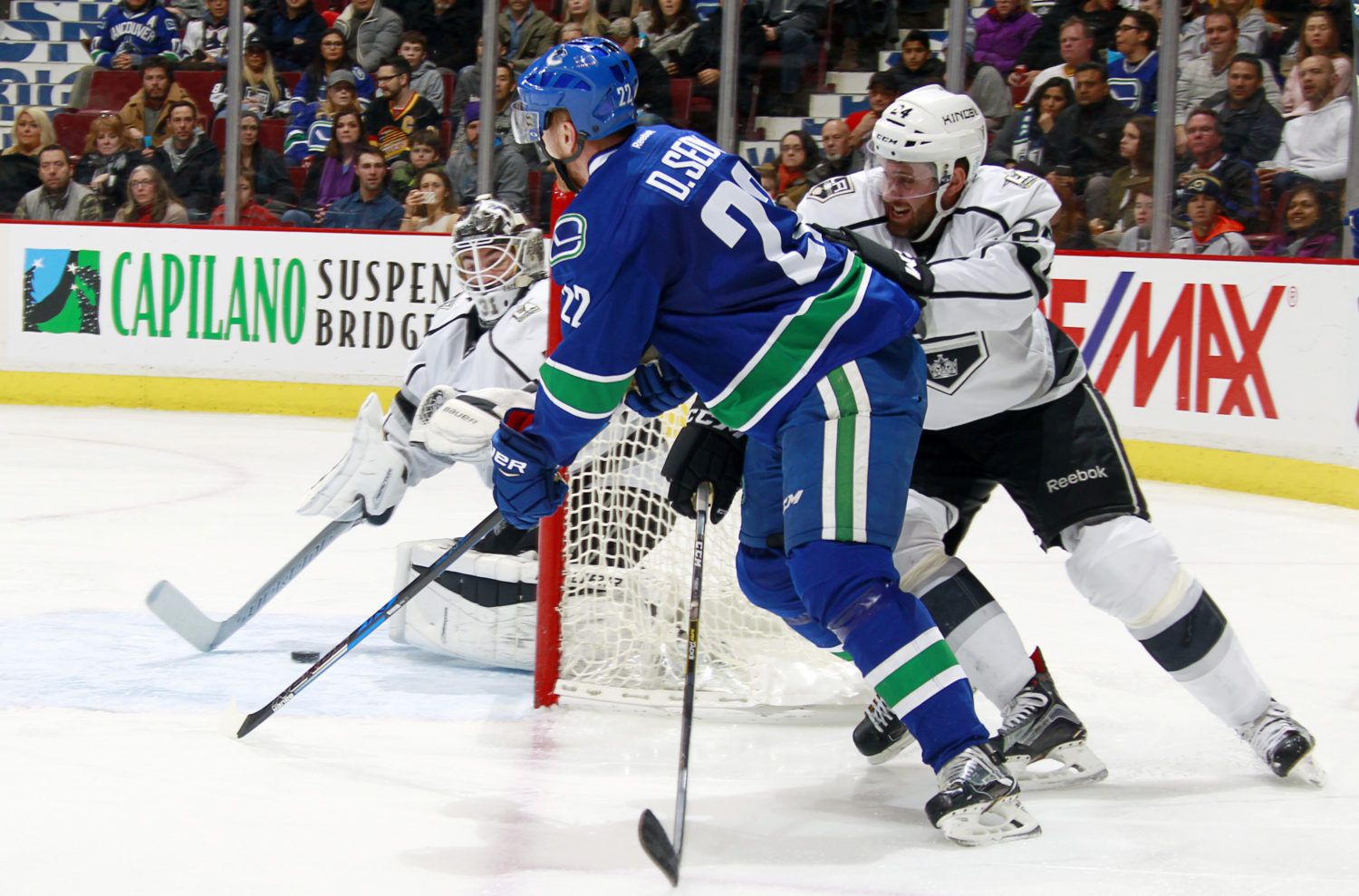