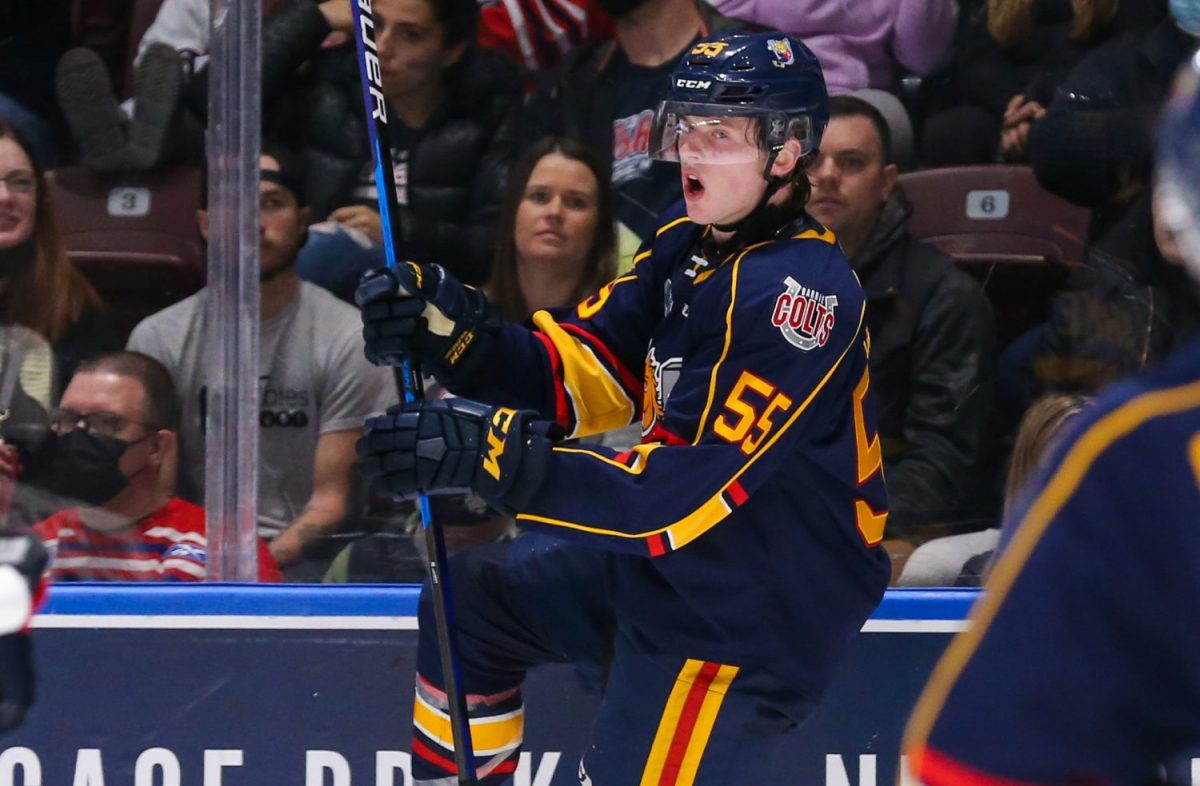 Insiders, an audio/video dump from over the last week or so with plenty of LA Kings-related content to take in as we patiently await the team’s return to the ice on Friday.

Ontario Reign Athletic Trainer Aisha Visram joined the All The Kings Men Podcast to talk about her historical experience behind the Kings bench back in January. Kings Television Analyst Jim Fox gives his take at the break on the Kings and around the NHL, while the latest from Kings production focuses on the team’s secondary core.

Externally, Kings prospect Brandt Clarke joined TSN’s Mark Masters to discuss his outstanding season following a World Juniors snub, while fellow prospect Brock Faber prepares for the Olympics in Beijing with Team USA. Clarke was named as the OHL’s Defenseman of the Month for January, as he led the league amongst blueliners with 17 points (3-14-17).

Over the next couple of days, as we get closer to the first practice back from the break, we’ll take a look at the “halfway home” outlook for the Kings and the Ontario Reign, with both teams sitting in playoff positions coming out of the All-Star break. We’ll also take an in-depth look at the team’s second line and their run of success over the last month, as well as bring back day-to-day coverage when practice gets back underway three days from now.

The LA Kings entered the All-Star break with spirits high after a 4-0-2 Eastern Conference road trip. Austin Stanovich joins host Jesse Cohen to crown another King of the Week. Then Aisha Visram, head athletic trainer for the Ontario Reign, shares her experience behind the Kings bench, the in-game duties of an athletic trainer and more than you ever hoped to know about smelling salts.

Jim Fox takes a look at the first half of the NHL season as the league pauses for the 2022 NHL All-Star break. Who has been the most surprising team and which team has been the biggest disappointment? Who are the MVPs and who are the rookies of the year? How have the Kings measured up to preseason expectations? Jim Fox has the answers to those questions and more on this episode of On The Sly!

The LA Kings’ recent success has a lot to do with the team’s secondary core, including the rise of forward Adrian Kempe and the steady play of defenseman Matt Roy. Both are interviewed in the video, along with Assistant Coach Marco Sturm.

Brandt Clarke wasn’t invited to Hockey Canada’s final World Junior selection camp in December. The Barrie Colts captain responded by producing 17 points in 11 games during January and was named the OHL’s defenceman of the month. “I just wanted to show I deserved to be there, and that I’m still one of the top prospects in the world. It’s a good feeling knowing I bounced back,” the blueliner told TSN.

Faber and Team USA are getting set to begin their Olympic journey in just two days time. Keep an eye out on NBC for an interview with Faber and teammate Matty Beiners with the Olympic Zone, set to air “ahead of NBC’s primetime coverage in major markets across the U.S.”, per USA Hockey.