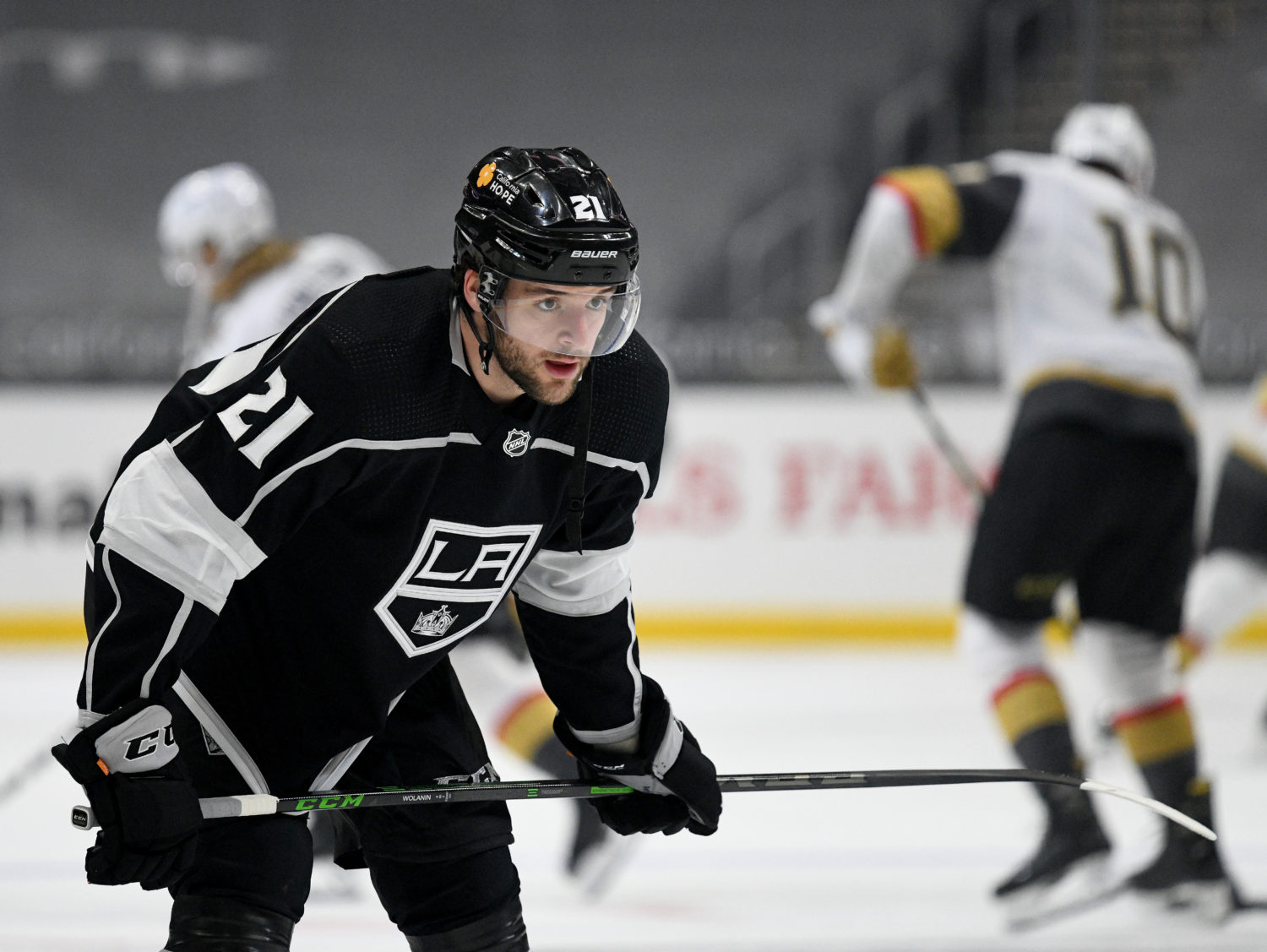 Following the alteration of the team’s schedule on Friday, the Kings returned to the ice this morning at Toyota Sports Performance Center after an off day yesterday.

An off day followed by a practice day is a rare sight at this point in the season, created by circumstances outside of anyone’s control. Today, the team was supposed to be in Denver, preparing for game two of two against the Avalanche. However, with Colorado experiencing their third addition to the NHL’s COVID-19 protocol list in a span of seven days, the team had three games cancelled, and team facilities closed, which creates five straight days for the Kings with no games scheduled, and just one game in a stretch of eight days.

“We had the chance to come back and get organized, had a pretty firm, stern meeting and practice before we went out to Denver and coming back today, we had a real good practice too, one of the first true, heavy working-type practices we’ve had in a long time, because of the amount of games,” Kings Head Coach Todd McLellan said. “Obviously, having to make up the game against St. Louis and now these two, we’re not going to get this opportunity again. Today, tomorrow will be good practice days.”

The Kings’ most recent game, a 6-2 defeat against Vegas, led to McLellan saying that the team has several areas that need to be worked on, but not a lot of time in which to do it.

Now, following two days without an on-ice practice, the Kings have that chance, with practices today and tomorrow, to work on some areas of improvement, as well as recharge the batteries a bit in advance of five consecutive home games. McLellan identified a few of the areas of emphasis, over the course of these days.

“We’re trying to touch a lot of areas of the game,” McLellan said today. “Our forecheck hasn’t been effective, it’s led to some long chances against, we’re trying to fix and repair some of that, going back and starting a foundation, repairing that a little bit. Outnumbered rushes against, you can always work on offense, we didn’t even begin to discuss special teams today, we’ll do a bit of that tomorrow. It happens in a regular season, when you have to go back and review everything you did in training camp, you just have more time to do it. You may get a segment like we’re in, where you play a game and then get another 2-3 days. We’ve got to pick our poison, and those are some of the areas that we looked at.”

Here’s how the group lined up today –

Up front, the top six in gray jerseys seems to be consistent with what the Kings adjusted to mid-game against Vegas on Wednesday, with Gabriel Vilardi skating alongside Adrian Kempe and Trevor Moore. In white jerseys, the bottom six consisted of eight players, with combinations not quite clear from today’s skate. All players in that group, outside of Lias Andersson, are currently on the active roster.

Joining the team today for the first time in 15 days was defenseman Matt Roy, who was added into the NHL’s COVID-19 Protocol on April 3. Roy has missed each of the team’s last seven games, and the team has gone 2-5-0 without him in the lineup in those games. With Roy out of the lineup earlier in the season, the Kings went 1-3-1 in his absence, and also lost in the game he left midway through with an injury.

Roy, who recently signed a three-year contract extension with the organization, has proven himself to be a big part of what the Kings are doing on the backend in the present and a key part of the organization’s future. The cancelled games in Colorado perhaps lent the team two less games without him in the lineup, though his status for Tuesday against Anaheim is still unconfirmed at this time. Roy has not yet been activated to the active roster, a necessary move for his return to game action, but McLellan added he has not been ruled out yet for Tuesday’s game.

“I think our record without him indicates how important he is,” McLellan said. “We have some very capable players that have filled in for him and Toby when they were out of the lineup, but it’s a lot better when they’re in the right pecking order, getting the right minutes against the right players, and that’s when Roy and Toby can come in as a pair themselves and put everybody back in the right batting order, for lack of a better term.”

With defenseman Tobias Bjornfot also appearing at full go now – he’s skated in a regular jersey with the team for three practices / morning skates now – the Kings had nine defensemen on the ice for practice this morning, with Roy not yet reactivated to the active roster. Some type of move would be necessary once Roy is ready for game action, but the Kings have a couple of days left before they get there.

We spoke with Bjornfot this morning, who has steadily worked his way back into game readiness. The Swedish defenseman has not played since he took an elbow to the head from Vegas forward Chandler Stephenson back on March 31, a hit which cost the Golden Knights’ centerman three games via suspension. Bjornfot said he put a lot of work into the gym and did some on-ice workouts with Matt Greene of the Kings Player Development staff before returning to full-team action.

“I’ve been bicycling a lot, and I’ve been in the gym,” Bjornfot said of his recovery process. I had some workouts with [Matt Greene], and on my own, so that’s what I’ve been doing.”

In terms of feeling game-ready, he is close as well.

McLellan said previously that Bjornfot was potentially an option on what would have been the game scheduled for tonight in Colorado, or if not, possibly Tuesday at home against Anaheim. For his part, the 19-year-old defenseman feels like he’s good to go when called upon.

Another Brick In The Wolanin
Another of those nine defensemen is Christian Wolanin, who spoke with media this morning for the first time since he joined the organization in late-March, via trade from Ottawa.

Wolanin expressed an excitement level about joining the Kings organization and feels he’s settled in well thus far, despite the rapid circumstances of how he’s had to jump right in.

Hear from the newest member of the team on how he handled his first trade at the NHL level, his style of play, his adjustment to the systems the Kings run and which member of Kings management was his first favorite player growing up as a kid.

The Kings are scheduled to practice tomorrow at 11 AM at TSPC, before hosting the Anaheim Ducks on Tuesday evening at STAPLES Center, the first home game of the season that will allow fans. A deeper look into the return of fans tomorrow here on LAKI.

By Zach Dooley
97 Comments
Behind the Scenes