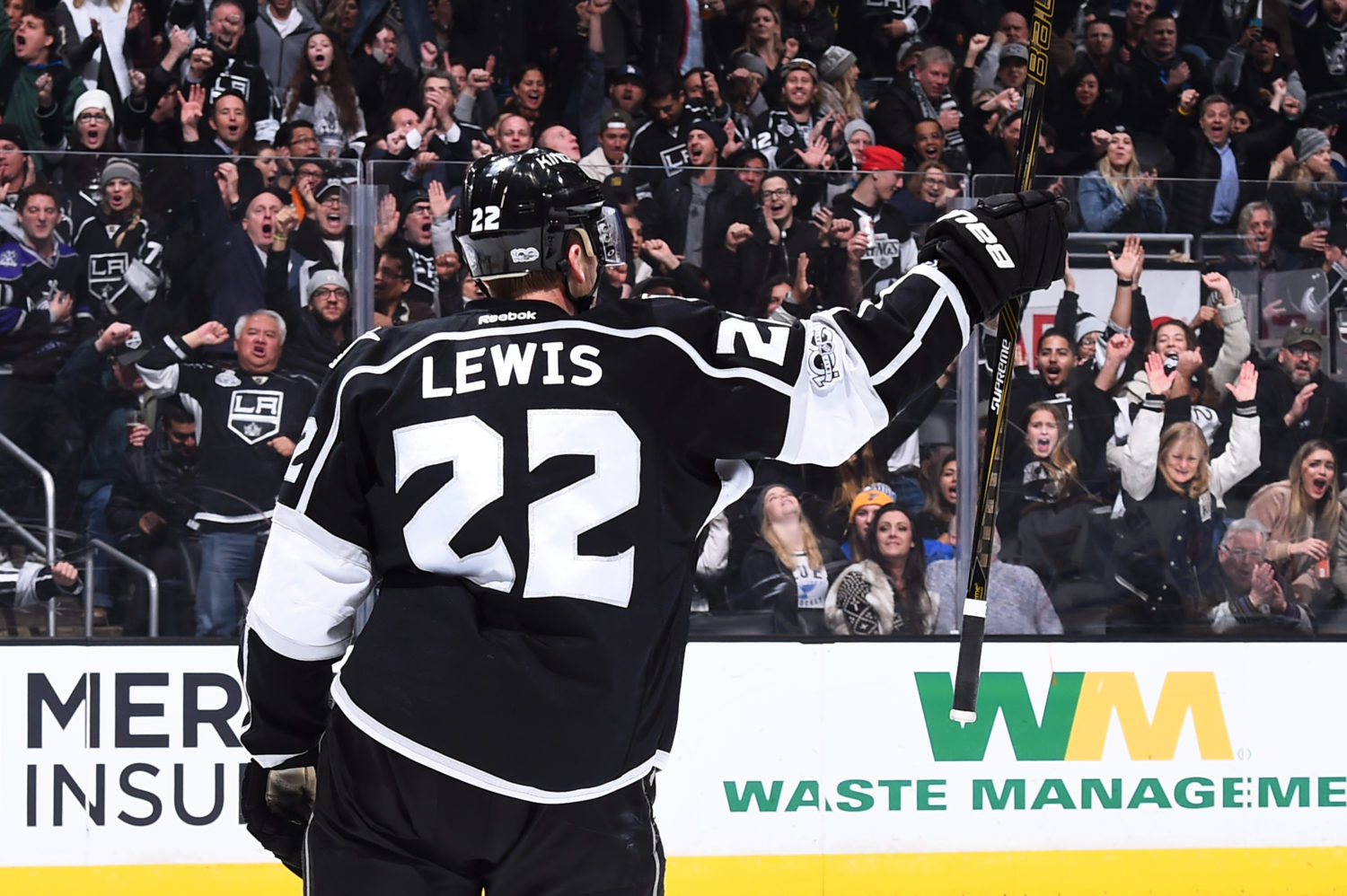 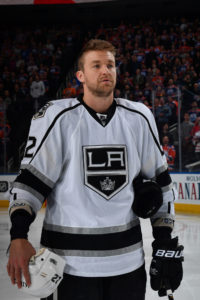 The good: There has always been this endearing cultish support for Trevor Lewis, and why not? He’s versatile and selfless and embodies the collaborative checking and defensive success forged under Darryl Sutter’s fire. For the sixth straight year he was the winner of the Trevor Lewis Award, which is voted on by the players, giving you a sense of where exactly ranks in his teammates’ hearts and minds. He also played all 82 games for the first time in his career – he played in all 48 in 2012-13 – and set noteworthy high-water marks in his 29-year-old season. For one, his 12 goals were a career high and the only time in his seven-plus NHL seasons in which he reached double digits. Also career highs: 30 penalty minutes, three game-winning goals and an 8.3% shooting percentage. But is there a usable metric in being “dependable?” Looking at the archives, there wasn’t a great deal of articles written about Lewis this past season because of his nature: He shows up ready to work, he contributes in areas that may not have numbers attached to them or are overlooked, and he doesn’t ask for praise. Even when he does score goals – which he did at a raised rate this season – it’s almost as if it’s added value. “I think everybody likes to see Lewie score because of all the stuff he does [that] nobody notices, so I think teammates and coaches, everybody likes when Lewie scores,” Sutter said. “He did it once earlier in the year, and I told him he was going to win the Rocket Richard.” The competition that Lewis faced didn’t skew heavily in any direction, though his zone starts did skew slightly towards the defensive zone. Interestingly, he saw the ice against opponents who posted the best possession rates per 60 minutes out of any season in his career, and his +1.4 CF% Rel was the best possession rate relative to his teammates in his career. Really, these metrics aren’t particularly illuminating. It was another familiar season for Lewis: He played up and down the lineup, at both wings and at center, and was an effective (if stopgap) wing alongside Anze Kopitar when called upon to jump up in the rotation. So many of his numbers express versatility. Of the 1023 five-on-five minutes he accrued this season, he logged only 313 alongside the forward with whom he spent the most time. The time he spent alongside Kopitar was well spent as both players’ goals-for rates and Corsi-for rates were better when they played together rather than apart from each other. That’s not to say that Lewis should’ve been skating with Kopitar more frequently, but rather that when challenges related to injury, performance or opposition necessitated changes, a Lewis-Kopitar pairing was perfectly passable. Sutter said that Kopitar and Gaborik should be “thankful they’re playing with Trevor Lewis right now” during a spike in his scoring in mid-January, and when asked whether his scoring was a product of playing alongside the more notable scorers, he responded, “Product of hardworking, going-to-the-net player.” Many of Lewis’ individual rates were quite impressive this season, including a 0.65 G/60 rate in five-on-five play, which ranked third on the team behind Jeff Carter and Tanner Pearson (!), and a 1.29 Pts/60 rate, which tied with Tyler Toffoli for sixth on the team. He’s fast, he’s honest, he’s not afraid to get his nose dirty when the situation calls for it, and he ranked third on the team with 174 total hits.

The bad: Very little, other than the familiar refrains about the ceiling on his skill or his hands. Interestingly, his ability to draw penalties and avoid taking them has come crashing down; after having drawn 58 penalties and taken 21 in five-on-five play between 2010 and 2015, he posted a minus-four penalty differential last season before accounting for 12 penalties taken and only six drawn in five-on-five play in 2016-17. His shooting percentage spiked noticeably as his shot total fell slightly, and even though his personal shooting percentage was a career-high, not all of those he skated with experienced a rise in their shooting rates. His PDO was only .975 (What is PDO?), which was influenced heavily by an on-ice save percentage of .911, which ranked third lowest amongst qualified Los Angeles forwards. He averaged 1:13 of shorthanded time per game, which was a career-low but likely not indicative of much beyond the Kings having lots of people capable of contributing on a very good penalty kill. 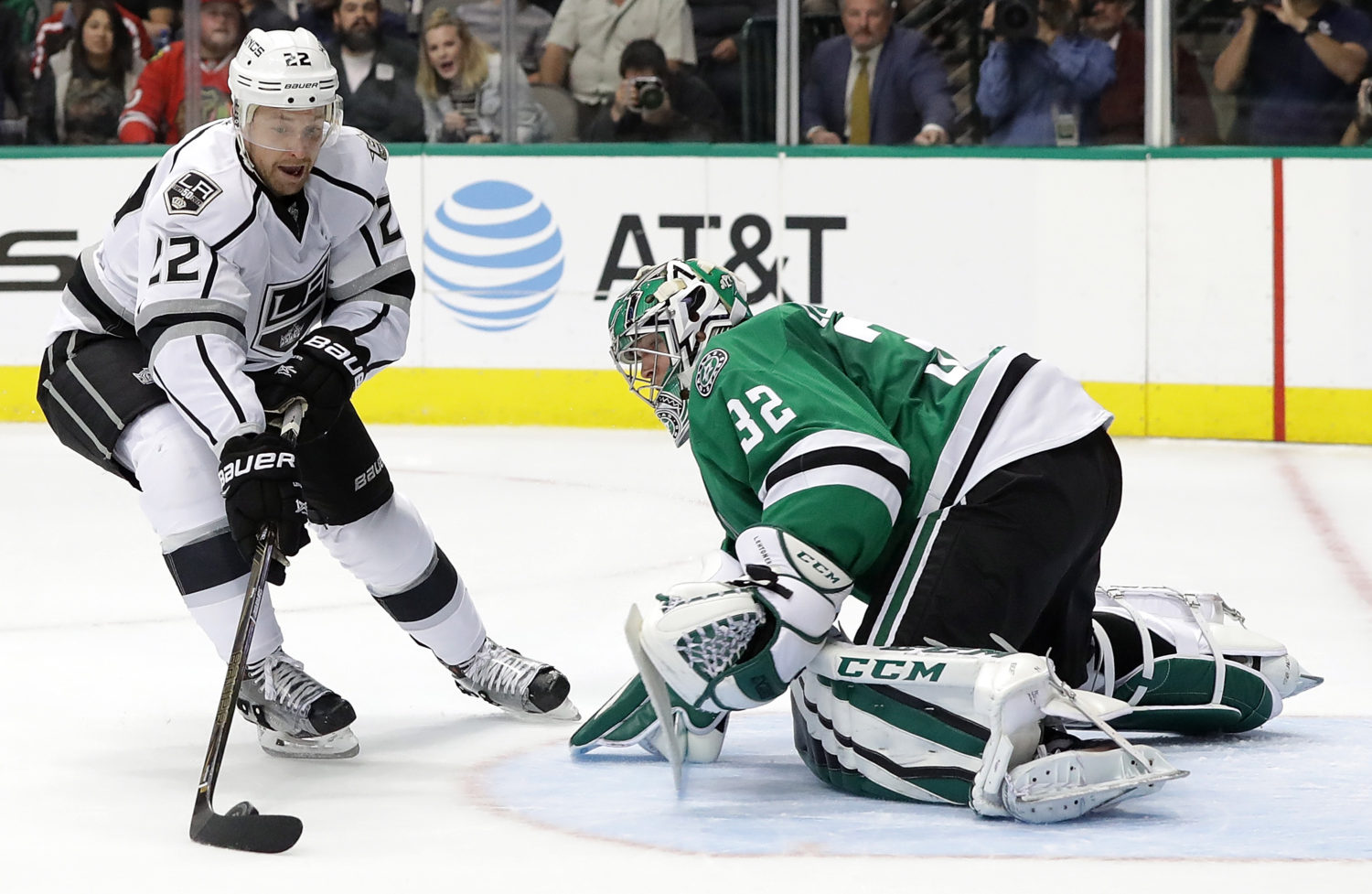 Going forward: The Kings were far from a gifted offensive club in 2016-17, which makes Lewis’ career-high in goals all the more impressive. His raised numbers weren’t really indicative of anything – really, barring an elevated offensive tide that could potentially lift some individuals, 2016-17’s output was likely his ceiling – other than those who work hard and pay the price to get into hard areas are often rewarded. There is, however, an expansion draft coming, and along with players such as Nic Dowd, Brayden McNabb, Kyle Clifford and Dustin Brown, Lewis is among those who will be in the conversation of players Vegas could select were they to be left unprotected. Whether or not he’ll be left unprotected will be influenced by whether the Kings choose to go the 7-3-1 route or simply protect eight skaters plus a goalie. Should Los Angeles choose to go 7-3-1 – a decision that would necessitate moving a defenseman, lest they lose Alec Martinez, Jake Muzzin or Derek Forbort for nothing – Lewis’ future would be locked up and secured. Realistically, it’s hard to think of the Kings losing Lewis to expansion. Expect a similar season from the now-30-year-old in 2017-18. 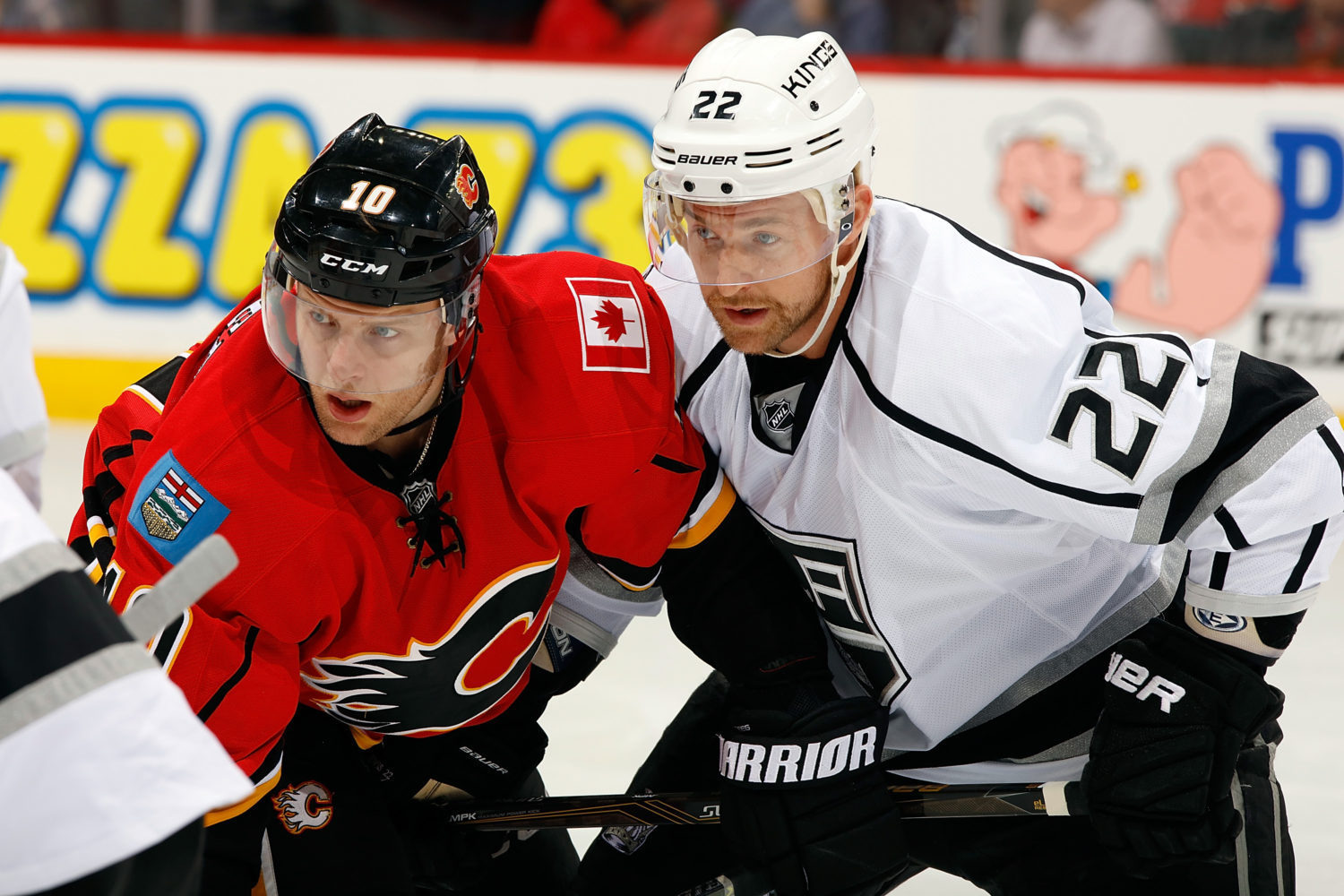 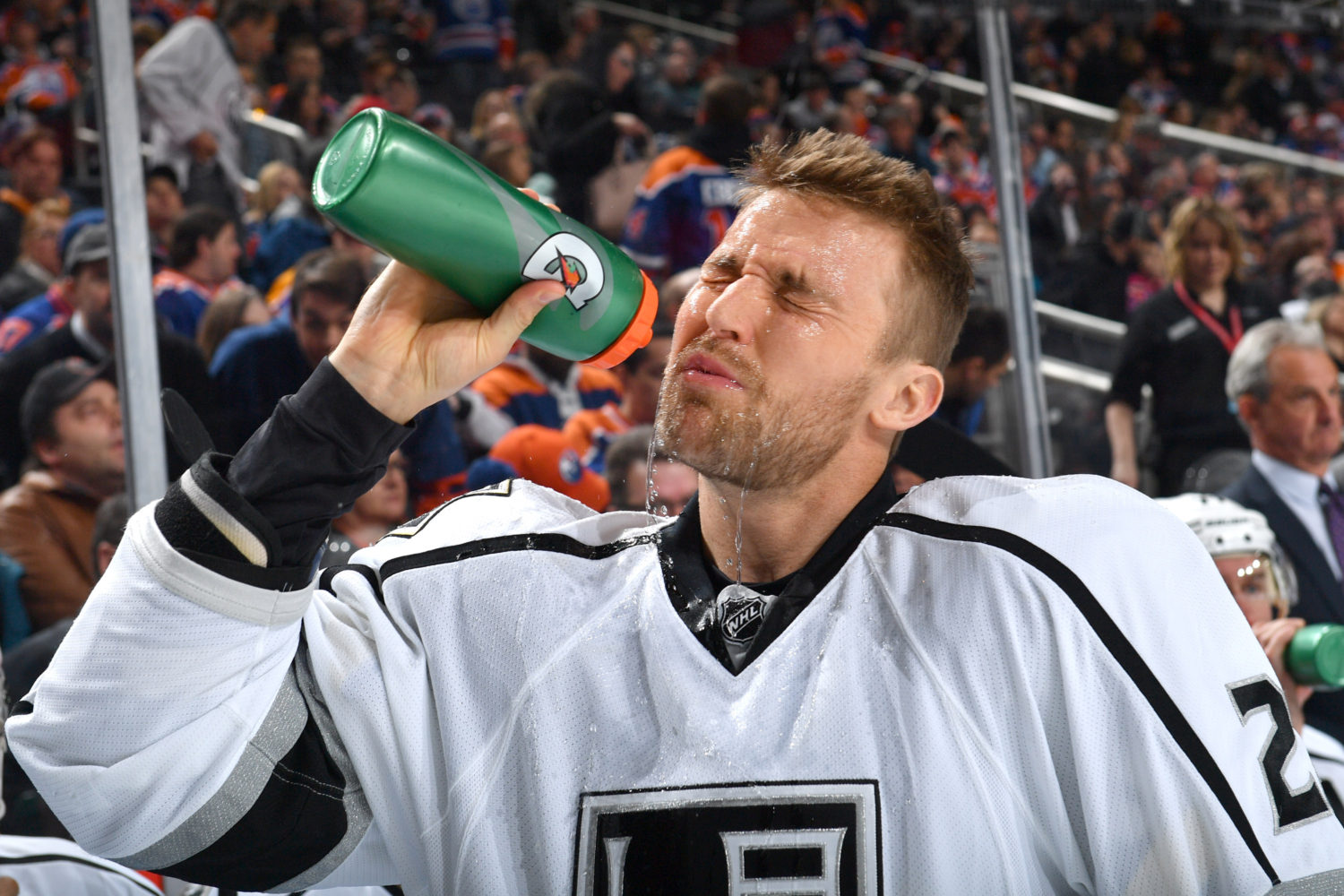