Extension, excitement (and some rehab) for Toffoli after a frustrating season - LA Kings Insider

Extension, excitement (and some rehab) for Toffoli after a frustrating season

The work rarely ever stops for an NHL general manager, but for Rob Blake, as well as Team President Luc Robitaille and Executive Vice President/Hockey Operations and Legal Affairs Jeff Solomon, two of the bold faced items on this off-season’s checklist have been executed prior to the official end of the season.

There’s still an assistant coach to hire, an NHL Draft list to finalize and a number of unrestricted and restricted free agents to consider. But this is clearly a strong first impression left by the new Kings regime, which was quickly able to sign both Tanner Pearson and Tyler Toffoli to manageable cap hits.

“I’m very excited,” said Toffoli, who signed a three-year contract worth $13.6-million on Wednesday. “I’m happy that we got this done and can kind of start focusing on the rest of the summer and clear my head here and get back to work.”

For Toffoli, clearing his head will be enabled by the emotional recharge the summer provides. For a more mechanical recharge, he’s continuing to rehabilitate a left knee that placed him on crutches late in the Kings’ seven-game, pre-Christmas road trip and necessitated a “minor surgical procedure” upon the conclusion of the season. He anticipates being ready for training camp.

“Yeah, it’s getting better,” he said. “Doing my therapy and all that stuff. Going in there, working on it and slowly getting it stronger and back to normal.”

That’s important, because the trajectory of his contract season was off-set by that injury. In May, his agent, Pat Brisson of CAA Sports, said that Toffoli essentially “played on one leg” during parts of the 2016-17 season, and when bound together with the team’s offensive struggles, that depressed tide culminated with a 63-game, 16-goal follow-up to his 82-game, 31-goal 2015-16 campaign.

“I think at the end of the day, the more I think of it, it was just frustrating all around,” Toffoli said of his 2016-17 season. “Obviously in the back of your mind you’re thinking about it because you want to get something done, but when you get hurt, it’s one of those things. For myself, personally, I’d never gone through an injury like that in general, with anything. I wanted to come back and do the best that I could, but at the end of the day, it all kind of sat down on me and I was getting pretty frustrated with it.”

Greater detail on his most recent season will be shared during his player evaluation, but the secondary metrics indicate that should he return fully healthy as expected, his upcoming season should align more closely to his 2015-16 season than his 2016-17 season. Possession rates aren’t a clear, be-all, end-all predictive model, but his 57.1% Corsi-for percentage ranked second amongst L.A. forwards, and it translated to a 2.97% CF%Rel, which led all forwards and ranked second on the team. He accomplished this while facing difficult competition, though his zone starts were somewhere skewed towards the attacking end of the ice. There’s also always been a helpful defensive aspect to his game; he scored 11 shorthanded goals in junior hockey, and while he was held without one this past season, still has six in 293 NHL games.

This new contract is another bridge between the success engineered to-date and the possibilities ahead as a talented 25-year-old sniper. There aren’t many forwards across the Pacific Division at his age with such a clear potential for regular goal scoring, and that served as a major spark in negotiations with a team tasked with adding to its 199 goals, which tied for 24th in the league. In early May, Los Angeles was “actively working diligently” to ensure both Pearson and Toffoli would be brought under contract expeditiously. “They want to be here and we want them to be here,” hockey operations told LA Kings Insider at the time.

“We’ve kind of been talking on and off for a little while now, and [Wednesday] afternoon Pat, my agent, gave me a call, and I kind of got a sense when I got his text that something was about to get done,” Toffoli said. “I met with Luc the other day and had a little discussion about it, and he wanted to get something done as quick as we could, so when Pat texted me, I kind of figured that something was about to get done, like I said, and was pretty excited just then.”

A springtime agreement was “the plan for everybody,” Toffoli believed.

“I don’t think anybody really wanted to wait this out. Both sides [wanted to] get this done and then just continue on with the rest of everything else that’s going on around here,” he said. “For myself, I was very happy to finish this and like I said, get ready and get back to work and getting my knee back to 100% and not be worried about contract status.”

It’s an interesting juncture for the club, which will embark on a new season in four months with a Team President, and a new general manager, assistant general manager and coaching staff under John Stevens. While Toffoli came away with a good feeling from the conversations he had with the new hierarchy and conveyed excitement in returning to work with his teammates, he also acknowledged Dean Lombardi and Darryl Sutter, under whom he won the 2014 Stanley Cup.

“I talked to ‘em pretty briefly [after they were dismissed], just obviously thanking them for everything that they’ve done for me,” he said. “Obviously Dean brought me in and taught me more than I could imagine – not only in hockey, but outside of hockey, as well, and then with Darryl, making me grow as a player, and he was a guy that at the end of the day you could go and talk to about stuff outside of hockey as well, and kind of just have a real conversation with him, and they’re both incredible guys.”

There is a history of seamless negotiations with the player. In 2015, Toffoli signed a two-year, $6.5-million bridge contract and promptly popped in 31 goals. By quickly coming to terms shortly before the start of the 2015 NHL Draft, the Kings were afforded the flexibility to quickly consummate a trade for Milan Lucic, who spent one year with the club.

But, looking ahead, Toffoli expressed optimism in righting what got away the previous season.

“I think the core of the team is going to be the same, obviously, and I think we’re all just really excited to kind of just get things going,” he said. “I think everybody’s had discussions with John and with Blakey and Luc. I know I have, myself, and I know a lot of the other guys have as well just to kind of see what went wrong last year and kind of grow on it and make it better, and just work on certain things, obviously, that we know have to be done, and just get back to work.”

Tyler Toffoli, on what went wrong in 2016-17, and any message from the new coaching staff:
I think it was just a frustrating season for us. I think for myself, personally, things just didn’t go my way, and it didn’t go the right way for a lot of the guys. I think we’re all ready to just put that behind us, and like I said, just grow and be ready to come back next season. Everybody’s super excited to get back to work, and when I talked to Blakey and Johnny about it, we’re all really excited about it. Like I said, we’re just trying to forget about it and grow, and be a better team next season. [Reporter: Does this have the feeling of a fresh era to you?] Yeah. I mean, like I said, everybody’s super excited. I know when I met with Blakey and Luc, we kind of talked about it, and like I said, talked about what went wrong, and when I talked to Johnny, it was the same thing. We just wanted to figure out what we can do to make ourselves better as a group and just grow on it. 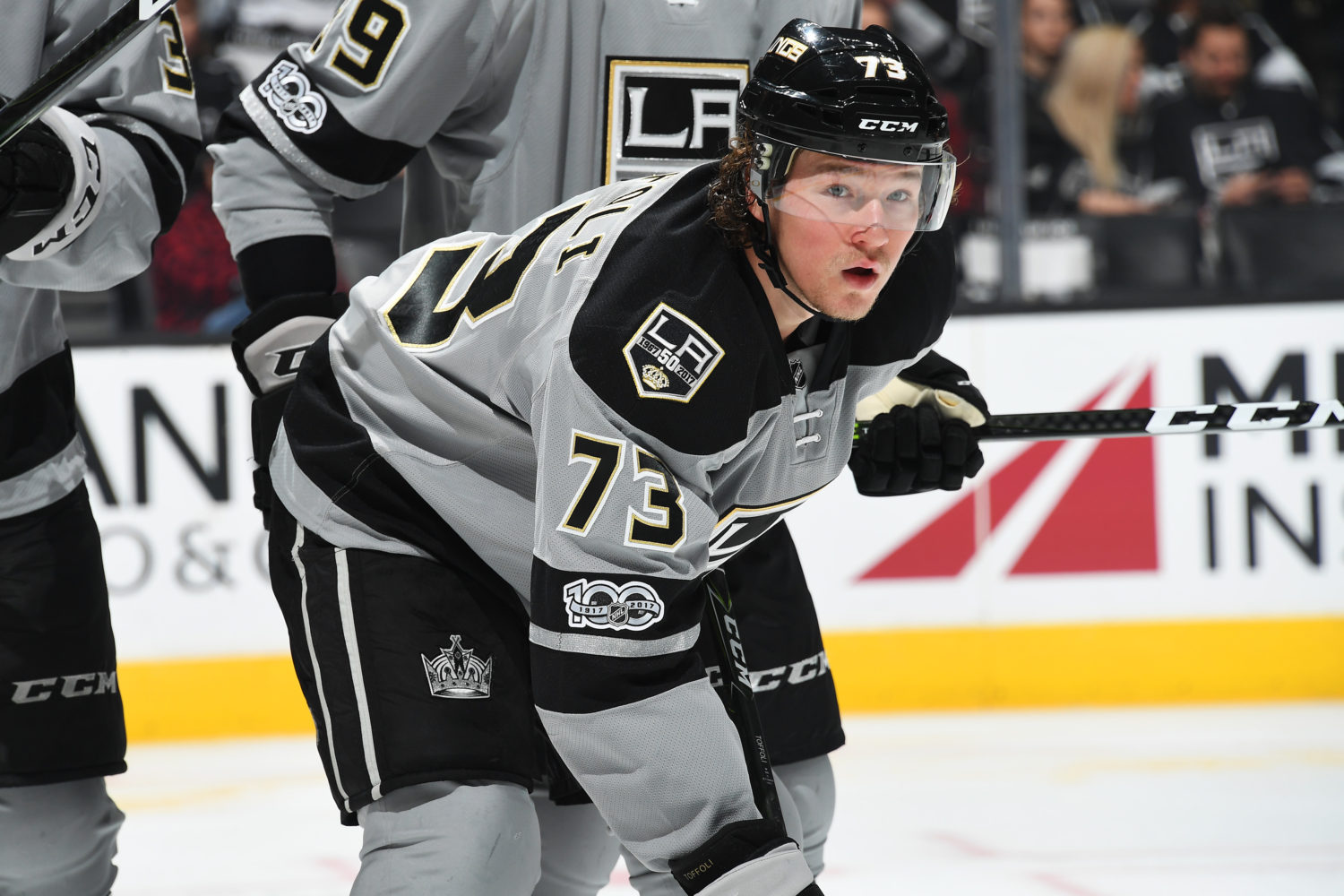