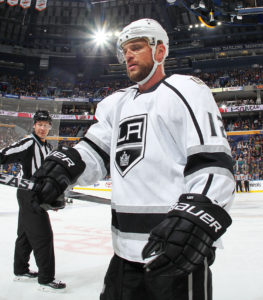 The good: The Kings were literally given a bad break at the World Cup of Hockey when Marian Gaborik blocked a Mats Zuccarello shot in an interior area of the foot not associated with quick healing and missed the next two months of action after accounting for two goals, a plus-two rating, and 13 shots on goal in four World games. He returned to action in late November, and it wasn’t until December 23 that Gaborik took a string of shifts alongside both Anze Kopitar and Dustin Brown, the linemates he was expected to open the season with. After returning, his scoring, scoring chance and shot rates were encouraging, but he, like many others, simply weren’t able to transfer their strong possession and chance rates into actual scoring. When Gaborik was on the ice, the Kings claimed 59.5% of all high-danger scoring chances (via Natural Stat Trick), while his 1.33 Pts/60 ranked fifth on the [24th highest scoring] team and his 9.06 Sh/60 ranked fourth among qualifying L.A. skaters. Though he didn’t (and shouldn’t be expected to) return to previous high-water marks, he experienced increases in his assists per 60 minutes, first assists per 60 minutes and points per 60 minutes rates, and still exhibited chemistry when coming off the wall and receiving passes or handoffs from Anze Kopitar. His defensive numbers were fine, and his 1.91 GA60 was nearly a half goal-against better than his 2015-16 rate. Still, there’s no masking it was a difficult year as Gaborik missed all of training camp and the first nine weeks of the season before returning to join a team that never was able to get its offense out of second gear. Los Angeles’ league-low 6.22% 5×5 shooting percentage was marginally bested by Gaborik’s 6.27%, though as a player whose role it is to provide offense, his offensive metrics are expected to be several shades beyond lukewarm. Among the less desirable aspects of covering any team on a daily beat are the occasional questions towards slumping players, and that certainly applies for covering the eminently likable Gaborik, a Stanley Cup champion and one of the most dangerous snipers of his generation who has never been curt, cynical or difficult with the media. “He’s a veteran player on our team now. It’s not like you have a whole cast of experience in terms of scoring,” Darryl Sutter said in December. “Gabby is a really caring guy, and he tends to base his game on how much he scores, but as you get older, you have to have a more defined role, then. There’s not too many guys that just get away with that. So it’s easy as a coach to say, ‘you know what? You’ve scored one goal in nine games, that makes you a 10-goal scorer.’ Last year he would score one goals every four and a half games. That makes him a 15-goal scorer. The year before he scored 27. Well, he’s going to be a year older. He’s going to be 34 or 35, so I’m perfectly happy if he’s a 10-to-15 goal scorer, but he sure as hell better do everything else, and he better be a good role model for younger players. We’re not a dynamic, high-end team in any of that stuff, so he has to show good leadership or direction. That’s what his teammates expect, and that’s what coaches expect.” He continues to possess a quick release and pinpoint accuracy on his shot and was a productive member of a solid second power play unit when given the opportunity.

The bad: With the departure of Milan Lucic and his 3.15 GF60, an established consortium of offensively inclined players were going to have to pick up portions of the vacated production, and Gaborik, like Anze Kopitar and Tyler Toffoli, wasn’t able to reach potential marks necessary to keep the Kings’ offense from stalling. Gaborik endured the most pronounced droughts, going 11 consecutive December and January games without a point and an additional nine games in February. There were five games in which he was held out of the lineup because of a coach’s decision. “He’s a good guy. Just needs to be a better competitor,” Sutter said. “It’s true – if you’re not going to score goals, then you’ve got to do everything [else].” And therein lies the rub: Gaborik did not appear to be doing enough to be going to the typically difficult areas where he has inflicted a lot of damage on his opponents over the years, and his play away from the puck wasn’t strong enough to carry him through his lapses in scoring. “That’s skating, being good in the defensive zone and then produce and just winning battles and everything,” Gaborik envisioned of his all-situational play in December. His power play usage continued to fall, and his 1:28 power play time on ice per game was a little more than half of his 2014-15 usage on the man advantage. Goals were generally scored while he was on the ice, though – his 8.19 GF60 during all power play situations led team regulars – but his eight power play points (and five in 2015-16) are a far cry from the 29 points racked up on the man advantage two seasons prior. He’s still playing primarily in the attacking zone, but like several others surrounding him, just hasn’t been able to cash in on the team’s wide possession advantage. 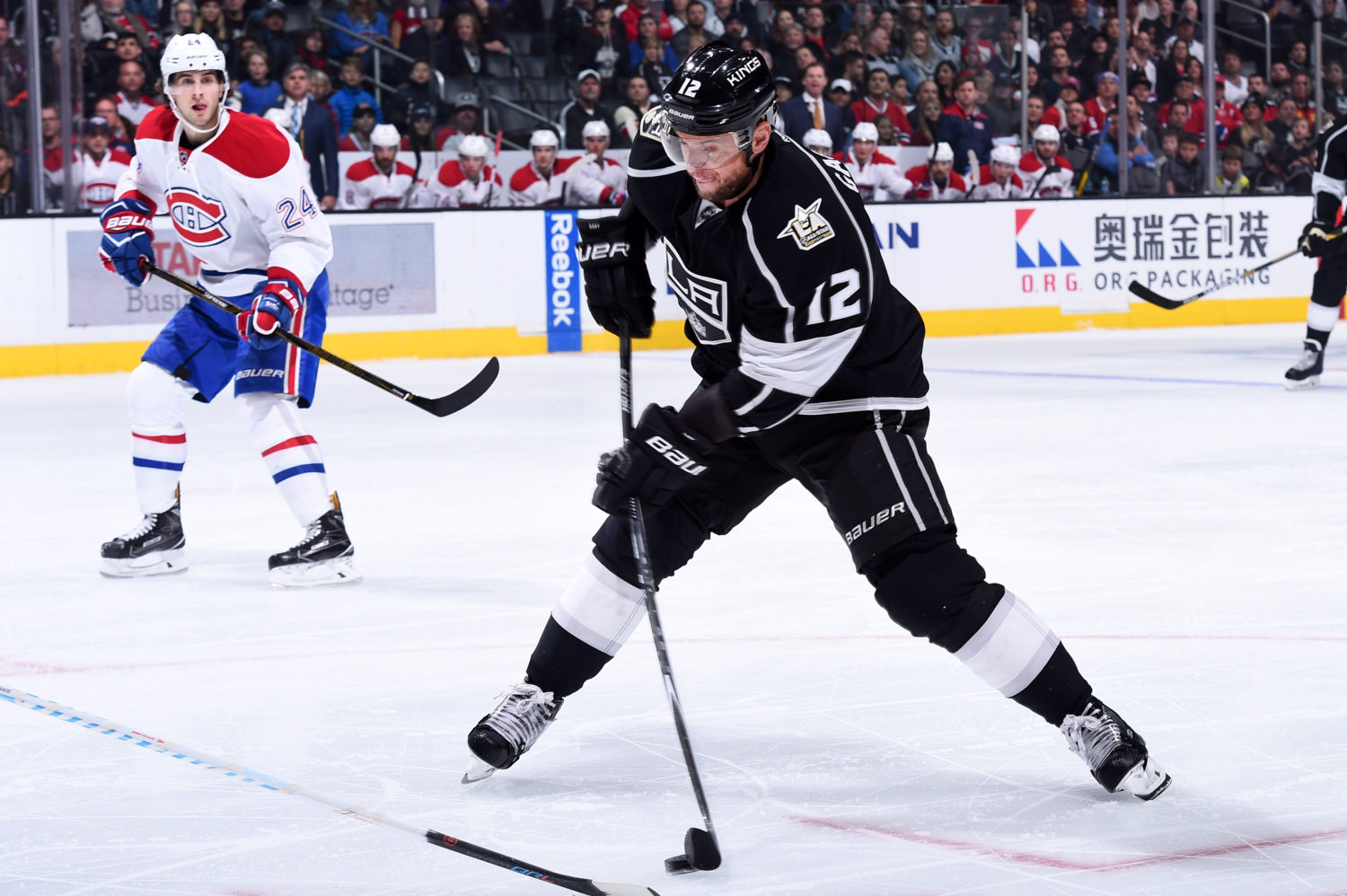 Going forward: Gaborik is “questionable” for the start of camp due to a “more in-depth medical procedure for a chronic issue related to his left knee,” and I am yet to hear with any strong confidence that he will be available at the start of the regular season. That the injury was described as “chronic” is particularly foreboding, considering Gaborik is a 35-year-old with a lengthy injury history who is coming off a pair of subpar seasons in which his production fell significantly . He also carries a $4.875-million cap hit through the next four seasons (though if he were, hypothetically, to retire at any point before the end of the contract, Los Angeles wouldn’t be dinged with any recapture penalty). Saddled with a particularly problematic contract, the Kings for the past two years have explored avenues in which they might be able unload it, but nothing concrete at this point has made sense. They were wise not to buy him out, which would’ve provided eight years of mostly untenable cap hits, topping out at $3.1-million in 2020-21. Given that there are questions about his availability at the start of 2017-18, there is the possibility that LTIR could be applied, which could allow the team to spend up to the AAV of his cap hit beyond the $75M cap if it was deemed he might need additional time to recover. At ice level, there are still ways in which Gaborik can help the team, even if his renowned goal scoring touch that made him one of the league’s most feared snipers has faded. He’s excellent at entering the offensive zone with the puck, and given the added emphasis on creating a greater degree of chances off rushes and clean zone entries, his ability with the puck should work in tandem with what John Stevens, “offensive coordinator” Pierre Turgeon and the rest of the coaches will be preaching. “I don’t think he was completely healthy this year. Let’s say it’ll be a clean slate for Marian to come in and prove himself,” General Manager Rob Blake said in April. 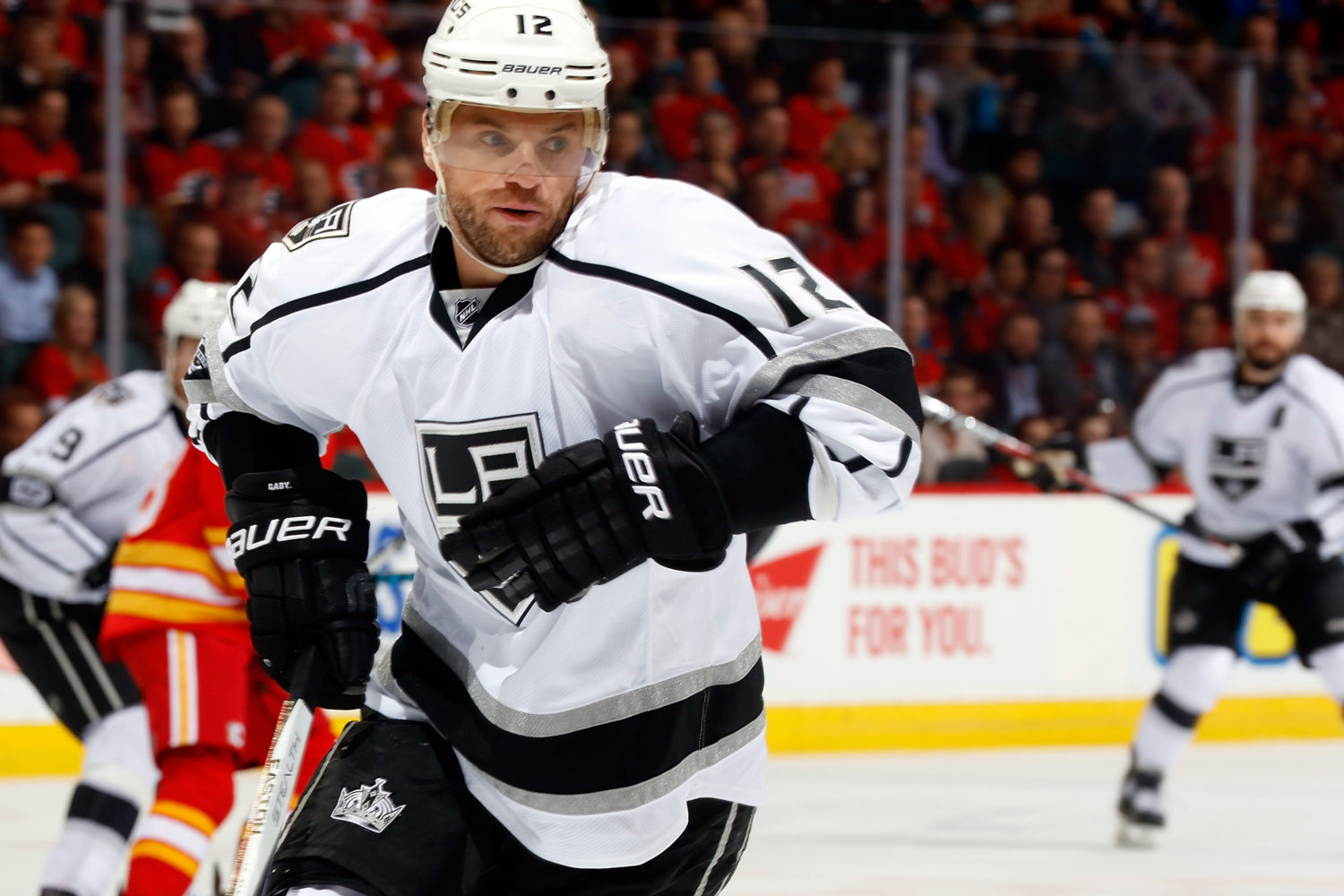