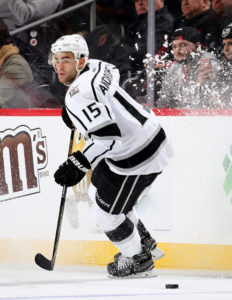 The good: He wasn’t able to build off a 2015-16 season that showed promise, but Andy Andreoff deserved better than a goalless season. The versatile forward, capable of moving between the center and wing as influenced by match-ups and in-game performance, was likely to see regression from 10 goals on his first 60 NHL shots, and the law of averages hit him hard. He actually finished with more than one shot on goal per game for the first time in his career, but the pucks just weren’t finding their way into the back of the net. There were areas in his game that showed improvement. He wasn’t hemmed back into his own zone to the same degree that he had in previous years as his CF% leapt from 50.5% to 53.8% (an improvement that smoothed out a CF%Rel that had bottomed out at -7.6% and -6.6% over his first two seasons). He won 41 of his 69 faceoffs. His on-ice chances for and against were more balanced than in previous seasons, though he was on the ice for only six goals for amidst 367 minutes of five-on-five time. It was noted last summer that for Andreoff to play regularly, “he’ll have to command more than eight minutes and 34 seconds of ice time per game,” and while his time on ice jumped a healthy 1:48, that was due more to Darryl Sutter allotting minutes more evenly across the lineup rather than any additional assignments or roles that Andreoff took on. It’s a role Andreoff has become accustomed to, and was probably a bit better prepared for than during his debut season of 2014-15. “You know, I’ve been there before, in and out of the lineup, so I think the most important thing is staying positive, just getting ready for that opportunity when you get back in there,” he said. Andreoff shows well in practice, where a number of regular observers have noticed a crisp release to a wrist shot. Regularly unleashing that asset has become a challenge in games. “…You can practice all you want, but it’s like that horse out on the track – he can run by himself in the mornings, but when he runs with seven or eight other ones coming around the corner, it ain’t just a straight line,” Sutter said. (He was speaking more towards a small group of injured skaters rather than Andreoff himself, but it does apply to Andreoff, and like, that was Darryl’s best equine parallel of the year, so it’s included here.) A scrappy young player with some untapped but lukewarm goal scoring potential, Andreoff is a willing participant in many of the edgier aspects of the game and quick to come to the aid of teammates.

The bad: Andreoff’s season was affected by a torn ligament and dislocated thumb in October that required surgery, and he wasn’t really able to generate any consistent momentum after returning in December. There were some hiccups in establishing himself and continuing to build upon a role he started to chisel out over the previous two seasons. Though his team-high 1:56 PIM/GP is buoyed by two major penalties, two 10-minute misconducts and a game misconduct, he still took 14 minor penalties in 36 games even though he spent a slightly wider percentage of minutes outside of his defensive zone than in prior seasons. And though part of the identity he’s looking to craft contains hard, lunchpail-type minutes, he still hasn’t latched any regular penalty killing time onto his even strength efforts even though he received some shorthanded consideration during the preseason. As a result, he was a player who was replaceable in the lineup when the situation called for it. He sat as a healthy scratch for at least three games in a row four separate times, including one nine-game stretch that bridged December and January. His 0.98 GF60 was the lowest on the team out of anyone who played more than 25 games (though his 1.31 GA60 represents noteworthy success at helping to keep the puck out of his own net). More than anything calculable to a decimal point, Andreoff simply wasn’t able to build on some blurry but apparent promise inherent in his sophomore season, and was back to jumping in and out of the lineup, as he did in 2014-15. 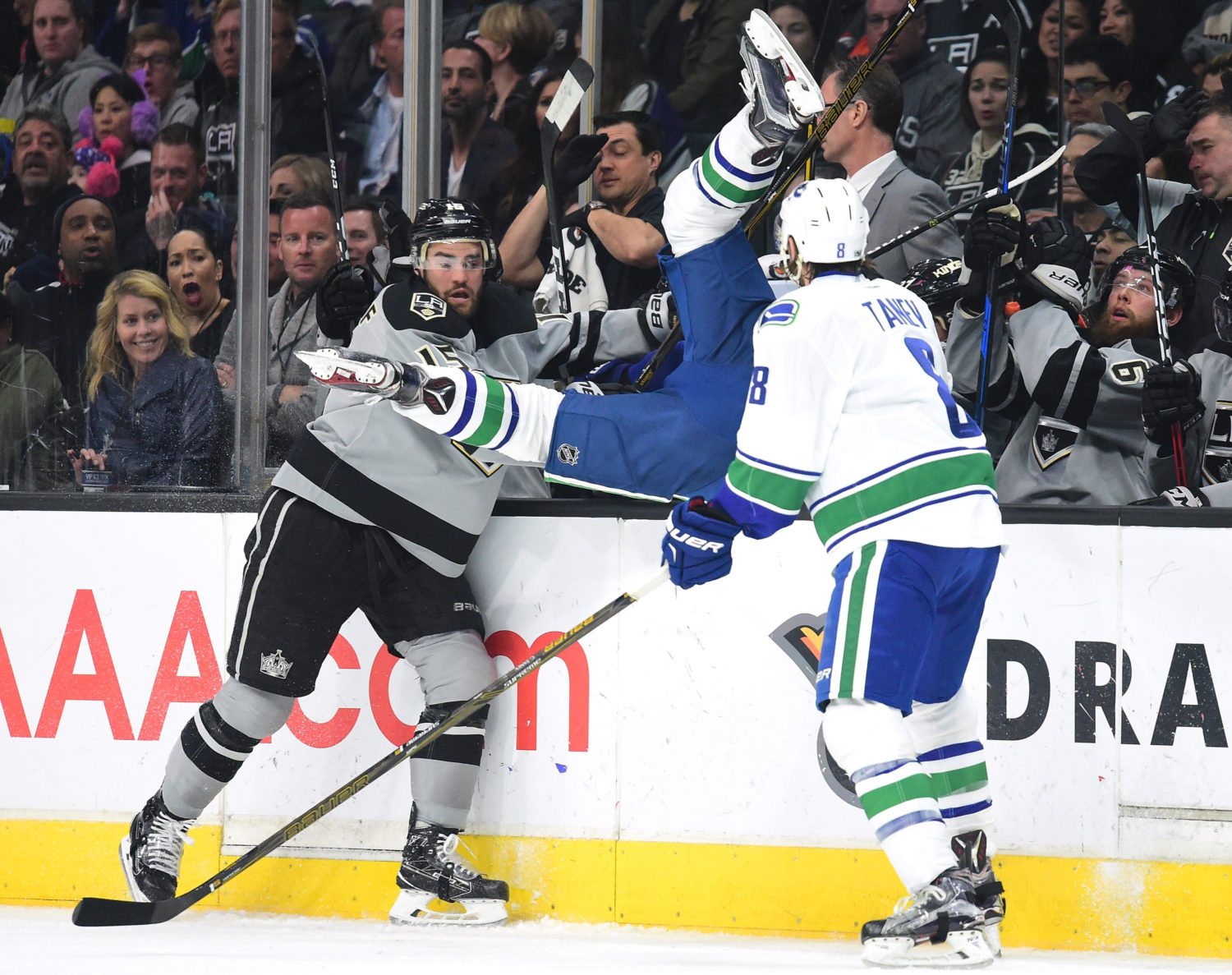 Going forward: Andreoff again finds himself in the position where he’ll have to compete to hold on to his spot, and really, whether or not he makes the team will be determined in very large part by what he shows during an exhibition campaign in which his play will draw significant examination. There aren’t too many surprises left in what may be uncovered, even if there may exist some loosely defined secondary scoring that has only intermittently surfaced. He’ll be in the complicated mix for a fourth line forward spot, and with younger, potential secondary scorers in Jonny Brodzinski and Adrian Kempe vying for what could be a third line role, Andreoff will likely align again with the likes of Kyle Clifford, Jordan Nolan, Nic Dowd, Nick Shore and Trevor Lewis. There are only so many spots to go around, but Andreoff, who signed a two-year contract with an AAV barely above what his qualifying offer would have been, is an inexpensive and versatile depth option whose additional contract year may give other teams pause if he’s unable to earn a spot out of training camp and hits the waiver market. He’s a good teammate, a forechecker and a hustling role player capable of providing energy, but three seasons into his Kings tenure, he’s either going to have to pick up where he had left off after a promising end to his 2015-16 season or be passed over by the newest wave of roster hopefuls. Perhaps he will be among those who benefit from a coaching change, but really, with the additional emphasis on stimulating offense, he might not have the longest leash as he again looks to more firmly establish himself in 2017-18. 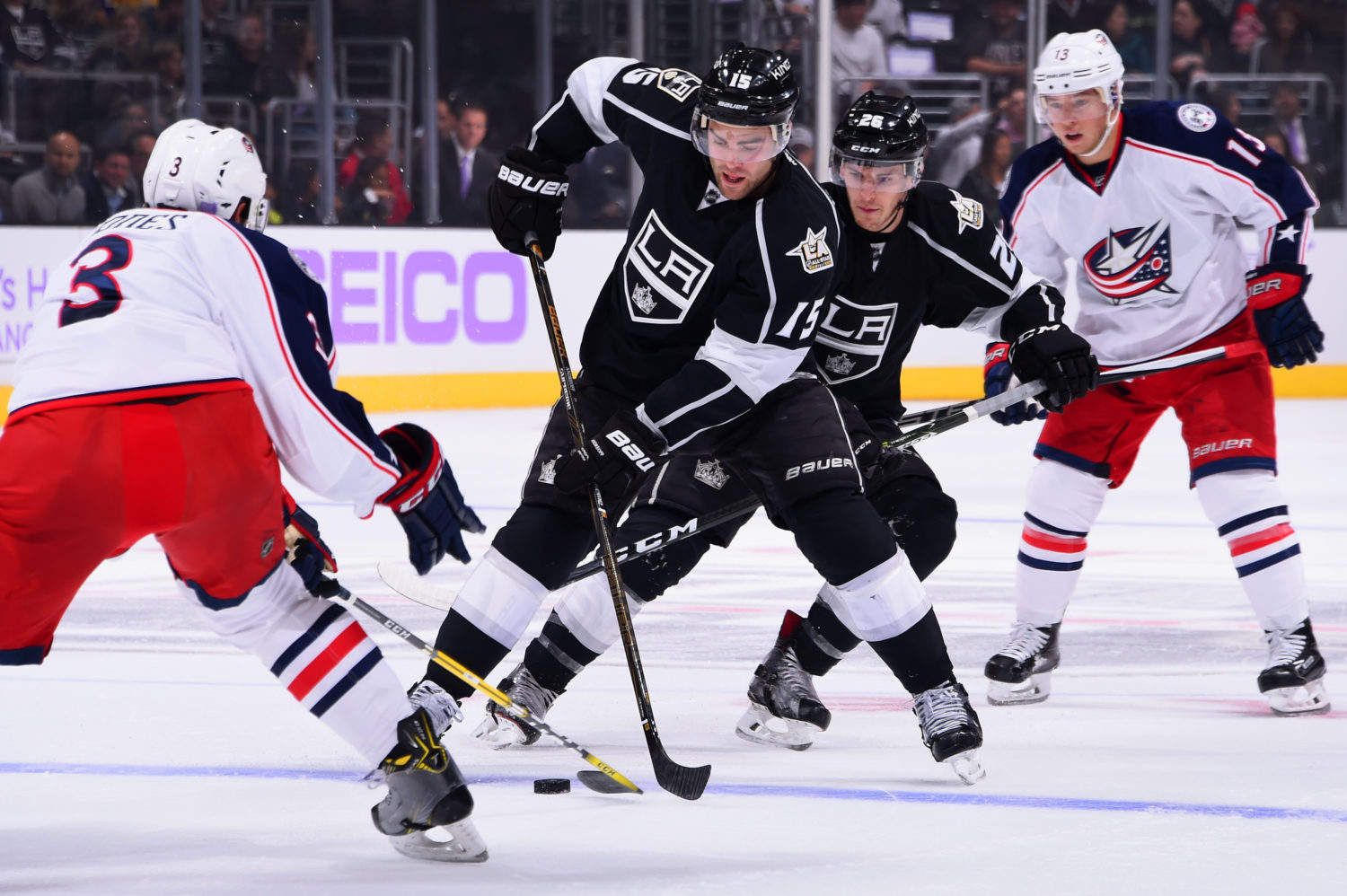 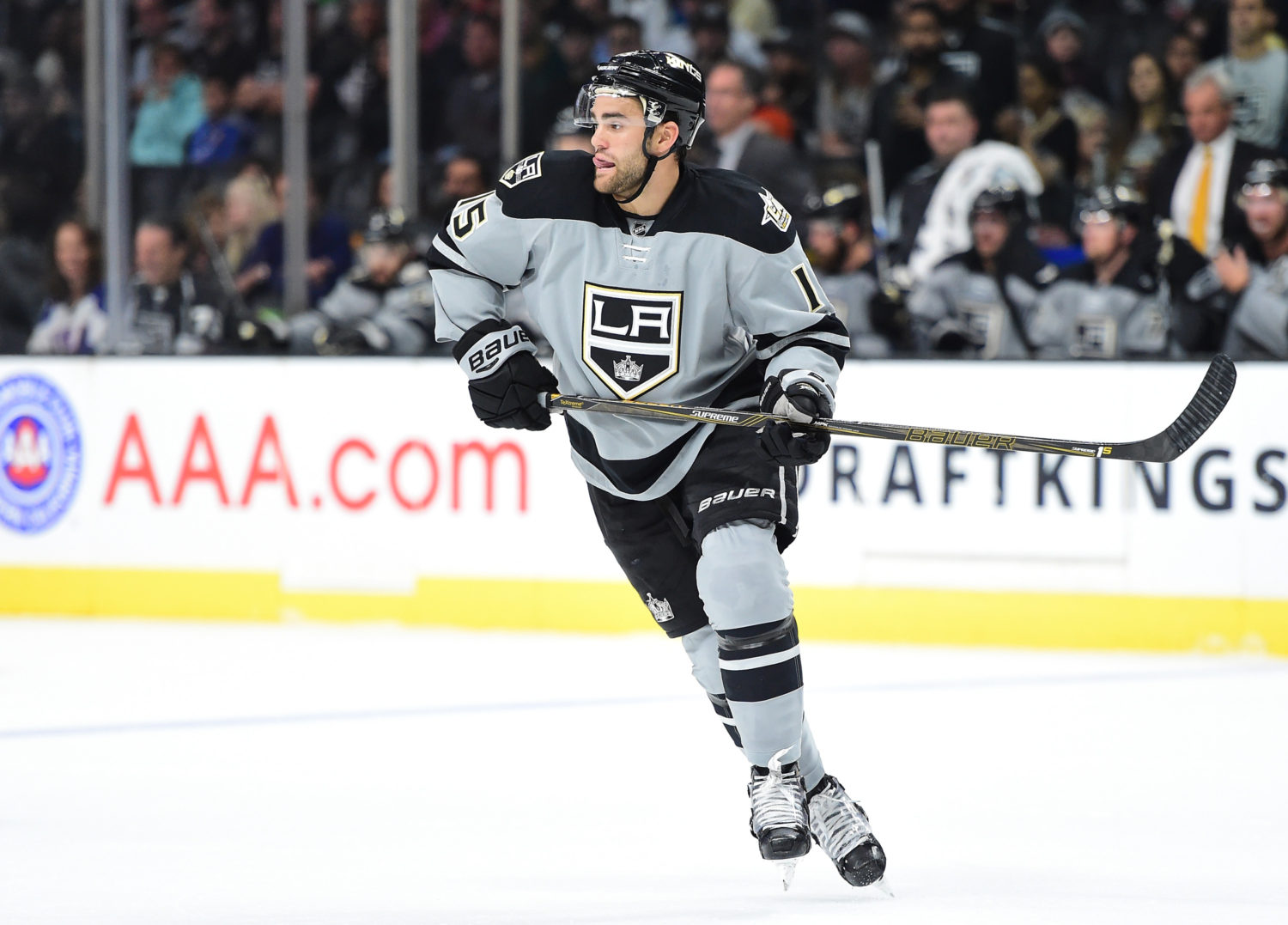