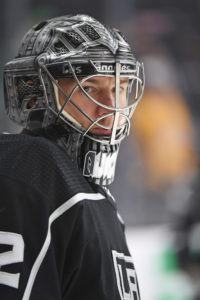 The good: Playing in his 500th game on October 26, Jonathan Quick stopped all 40 Montreal shots in a 4-0 Bell Centre whitewashing for his 46th career shutout. “It’s cool and all, but we’ve got 501 in a couple of days,” he said afterwards. You know this story by now! The William M. Jennings Trophy winner on behalf of a Kings team that allowed a league-low 203 goals, Quick flirted with some of his better career play in the first half of the season before settling into a traditionally sound body of work in which he comfortably rebounded from an injury-scarred 2016-17. Neither Darcy Kuemper nor Jack Campbell will be inscribed on the Jennings (nor were Ben Scrivens or Martin Jones, two important presences in 2013-14), but Kuemper’s standout play prior to his Arizona trade afforded the team some slack in handling Quick, whose workload came down by several peripheral starts. This continued with Jack Campbell, whose strong play in limited action maintained the already established goaltending rhythm late in the season. Only once – January 18 and 19, versus Pittsburgh and at Anaheim – did Quick start back-to-back games in 2018-19. In 2015-16, the previous season in which he did not miss significant time due to injury, he started five times on both the front and back ends of back-to-backs. This helped provide a touch of freshness in the long-haul. Shortly after an IR stay bridged around an All-Star Game he was selected to but out of health concerns withdrew his name from, Quick emerged from the team’s not too unfamiliar January doldrums to reestablish his early-season play and post a .933 save percentage from February 9 to April 2.

In the beginning of the season, and especially early in the process of soldiering on in a drab and unfamiliar Jeff Carter-free reality, Quick was phenomenally good and afforded the ability to play from a standings advantage and work out many of the early season kinks and transition, which they took advantage to the tune of an 11-2-2 start. On January 3, the team’s save percentage – a reflection both of Quick and Kuemper’s outstanding first halves and a gradually improving team game – was a robust .928, three-hundredths better than any other team’s. And as noted at the end of the season, he got his game in order before the playoffs and gave the Kings an opportunity to win every single playoff game even as the scoring dried up. With a .921 save percentage that has only been surpassed by his .929 in 2011-12, this was up there, statistically, at least, in the growing library of Jonathan Quick seasons.

And on the subject of save percentage: Quick’s .895 rate in 4×5 shorthanded play didn’t stand out much at 16th in the league. But power play rates across the league rose in 2017-18, and even amidst the scoring crescendo, his shorthanded save percentage rose as well. Is it silly to say that save percentage – a hard, true number – isn’t even the most accurate way to gauge Quick’s play? He ranks 12th among goalies with a minimum 10,000 minutes since 2010 with a .919 5×5 save percentage, one spot ahead of Cam Talbot. But if there is a list of goaltending that rates Quick 12th best amongst his peers over that span, then there is a flaw in the formula. Largely on the back of Quick’s performance, but with a significant Kuemper influence, the Kings jumped from 23rd to third in the league in team save percentage and made the playoffs. Quick received one third place vote from an NHL GM in Vezina Trophy voting.

It’s silly to get to this point of a Jonathan Quick review without noting his fiery demeanor, his intuition and senses, and beyond one of the most tremendous packages of athleticism in goal, a keen understanding of the correct moments to calm plays down, cover loose pucks and get stoppages. How are these intangibles – approach, competitiveness, intuition and game understanding – measured? How much context is placed in them, and his leadership, vis-à-vis his statistics?

The bad: Quick wasn’t immune from the team’s annual January malaise. Los Angeles is 25-30-7 in January since 2013-14; Quick, when healthy, has posted save percentages of .878, .909 and now .894. But, well, uh, was he healthy? Not entirely, apparently. The team rested him during the All-Star Game, giving him a mid-season hiatus as he worked through what was described as a nagging injury. He was effective after his eight-day break, and his game was back in order during the stretch run.

There are a few uncomfortable handoffs when Quick plays pucks, even if he’s generally improved there from his earlier NHL days. But while he doesn’t display elite puck-handling ability, he has improved in how he uses his body and equipment to knock pucks down, kicks them out and uses his agility to direct them into less dicey places on the ice. “I think outside of just stopping the puck he has an ability – at least I’ve seen it this year in his game – where he’s really conscious of where he’s steering pucks and rebounds,” John Stevens said. “When he can’t hold on to ‘em, he’s kicking ‘em maybe past a guy driving the net so it’s out of harm’s way. He hangs onto pucks and gets us whistles when we need whistles. He’s not a guy that’s going to shoot the puck from goal line to goal line like Mike Smith, but he’s a very good help in terms of just stopping pucks and making little handoff plays for us, so I just think his experience in net on top of his ability to make key saves at key times has been really helpful to our hockey team.”

Hey, wait, that’s a good thing! But, yeah, things got weird in the middle of the season, and Quick, like his teammates, fell into that annual slump-thing in January, which occasioned a mid-season reset. It certainly benefited the goaltender, who maintained a high level of play through the first round playoff series. 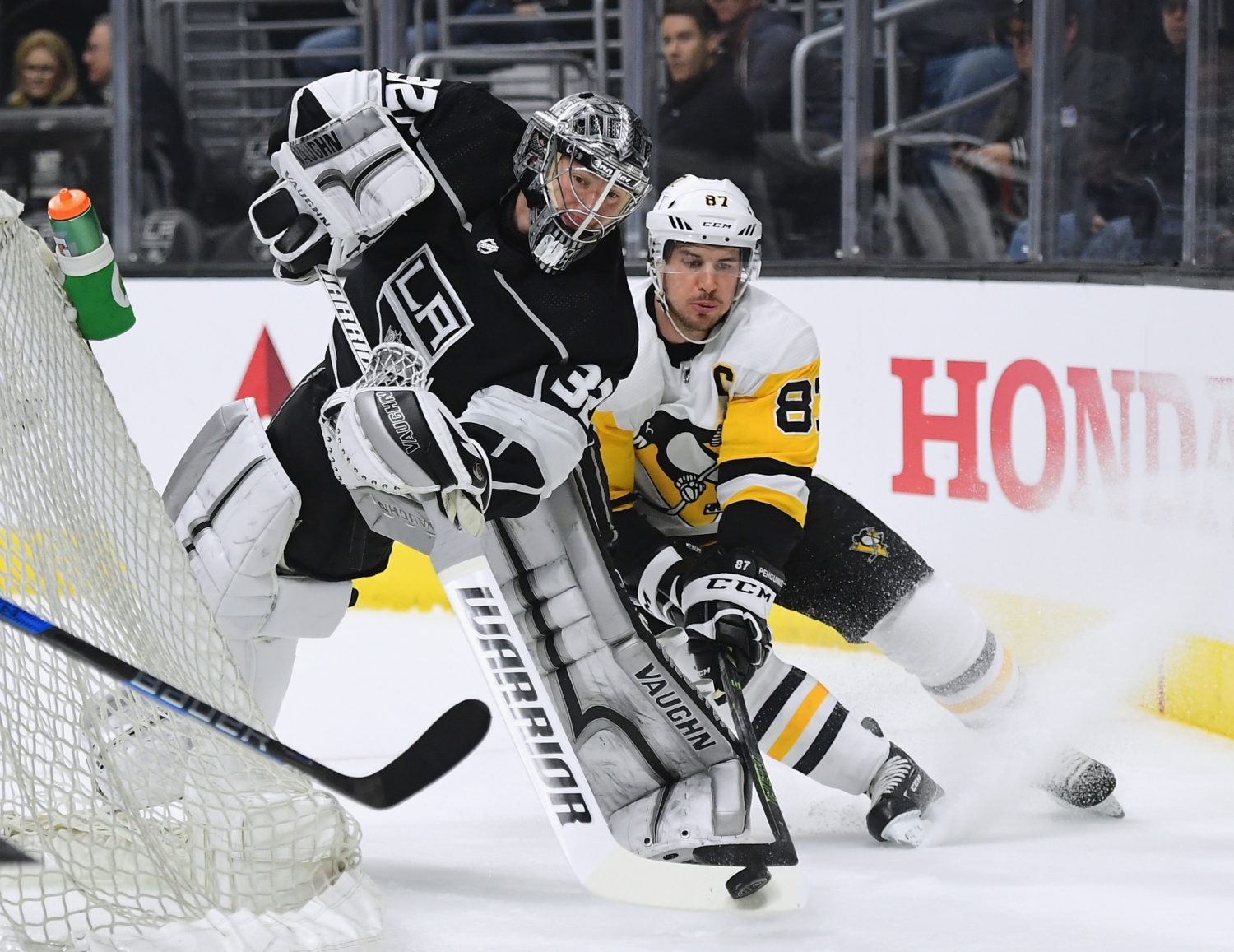 Going forward: Jonathan Quick has reached the halfway point of his 10-year, $58,000,000 contract, and a strong argument can be made that personally, he’s coming off his second-best NHL season. For as long as Quick has seasons like 2017-18, the Kings are getting value for the contract. There is, of course an injury history, and Quick is entering his 32-year-old season, but any sort of presumed performance curve based off the natural aging process is speculative. To get the most out of their goalie, and to ensure that he’s at his peak level of performance should they qualify for the playoffs, it is imperative that the Kings continue to receive the proper share of important and trustworthy Jack Campbell minutes.

There’s nothing concrete to suggest that the Kings won’t be among the handful of teams capable of again battling for the Jennings. “It’s kind of been our identity for a long time,” Quick said in April. “We try to defend well in our own end. Our forwards take pride in helping out, and I think we’ve obviously done it well for a long time. Even though we kind of mixed a few things up to get some more chances offensively, we still always have it in the back of our head how we have to play in our own end.” As noted, the team’s defensive base is very important, but there will be a continued push to exit the zone cleanly and attack the center of the ice with speed, and as the Kings continue their metamorphosis towards a more concerted reliance on speed, pacing and skill, the advances don’t need to be made at the expense of a smart and responsible checking game. Los Angeles has posted three top-10 finishes in team save percentage in the last five years, making the playoffs each time. In the years they did not reach the top-10, they missed the playoffs. With another solid and increasingly more mobile defense in front of him, Quick will have the requisite and familiar LA Kings structure around him that should mitigate any spike or crater in his numbers and will again serve as among the most valuable players to any team in the NHL. Status quo is a good thing. 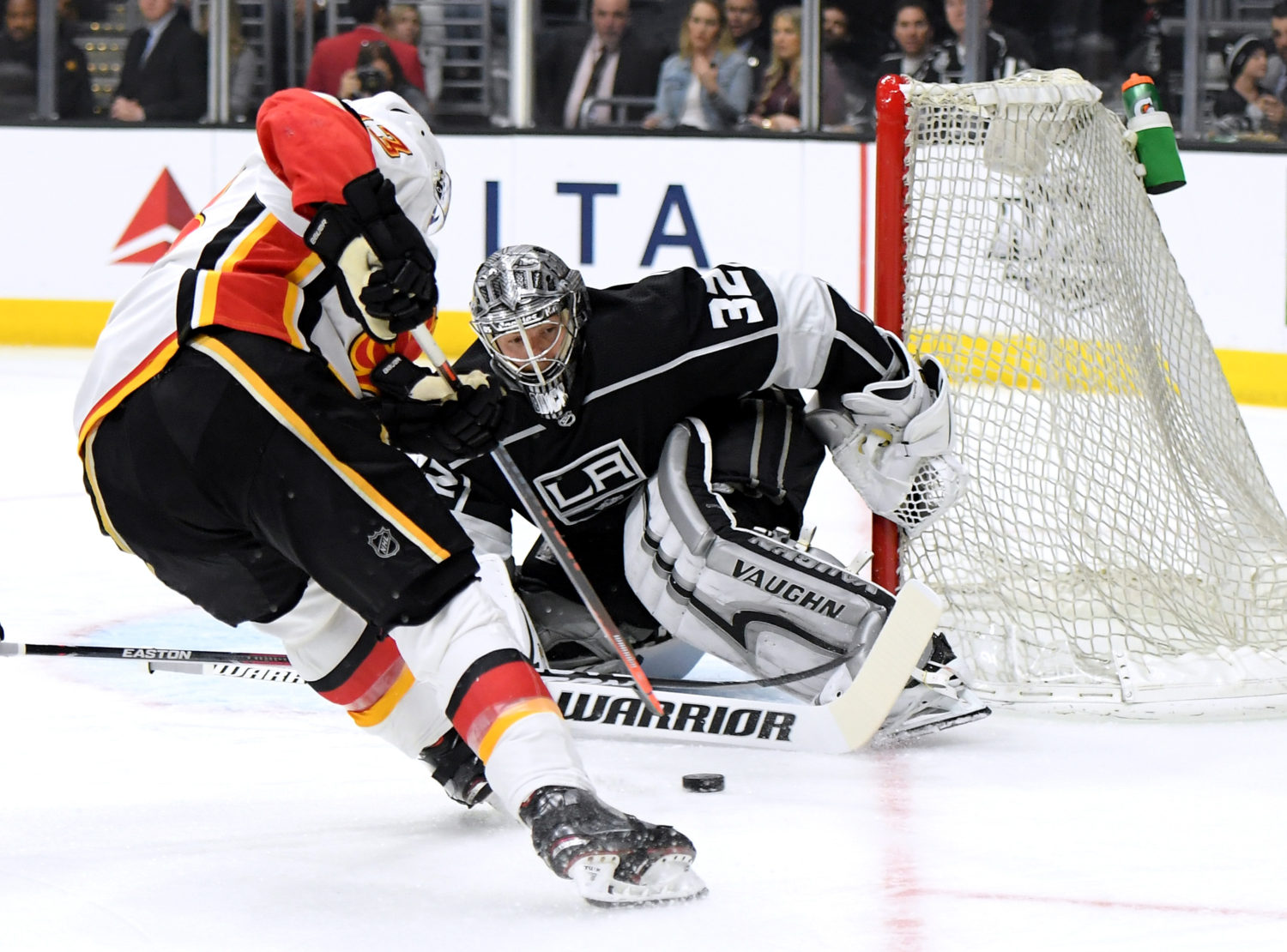 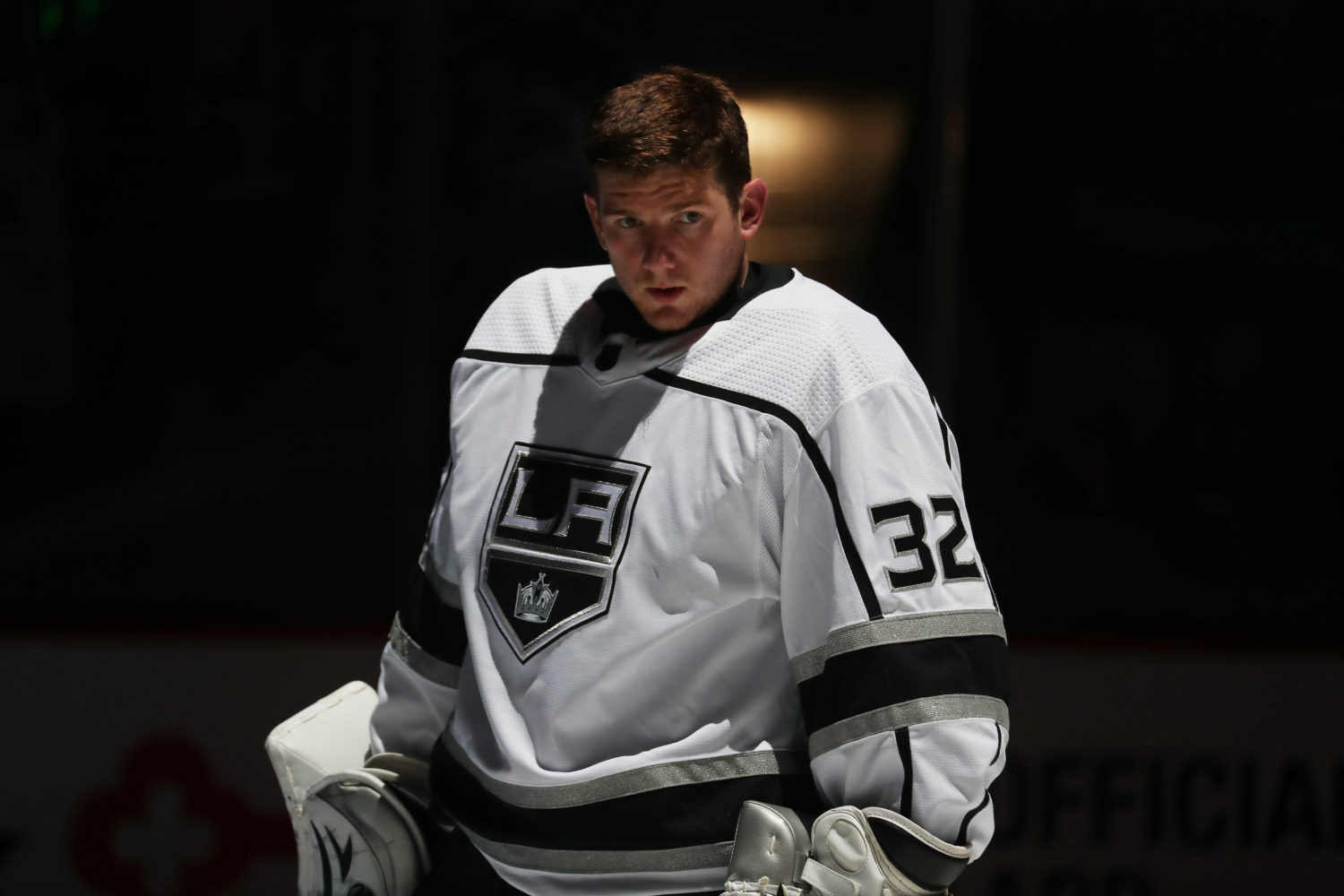