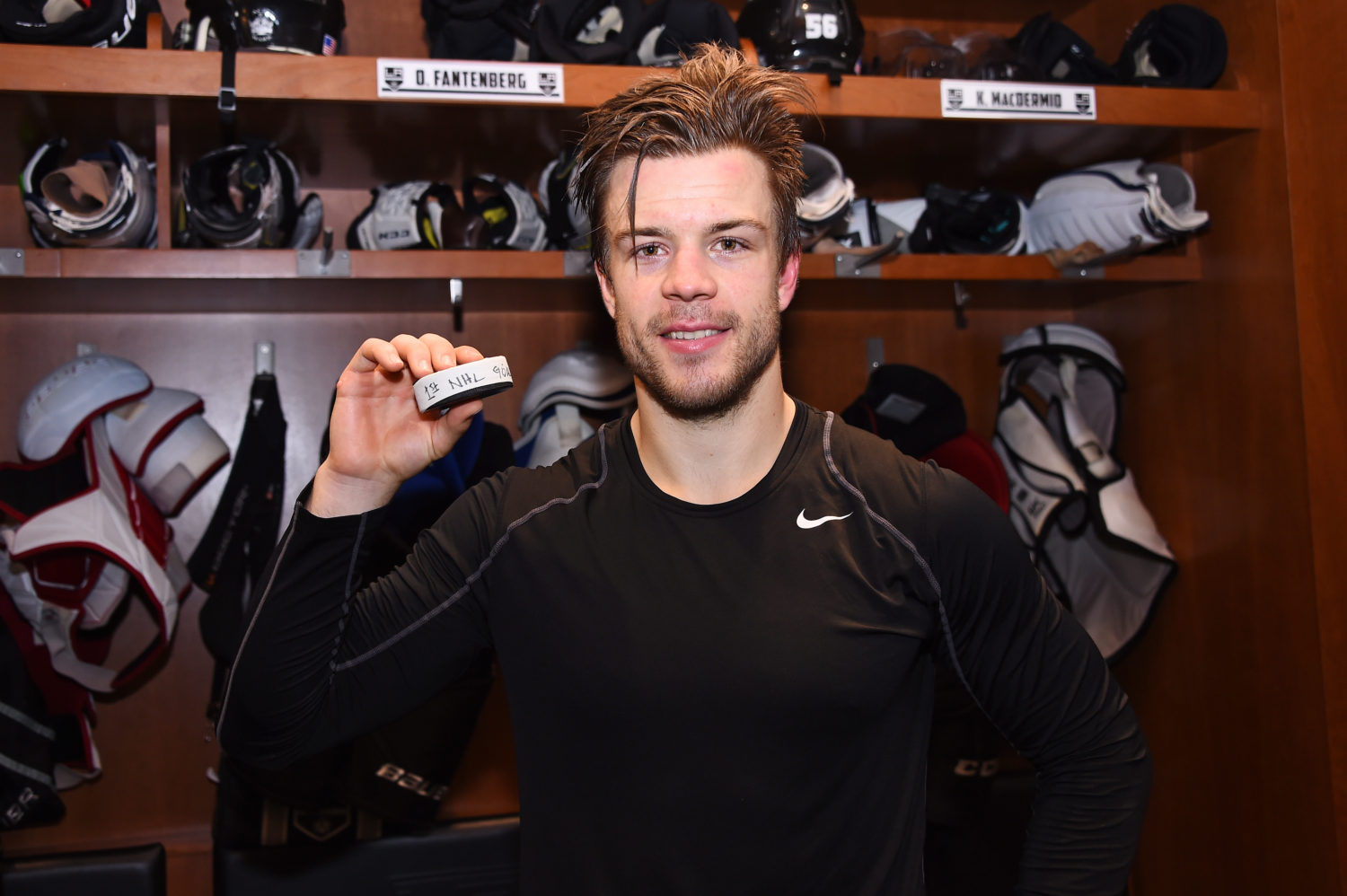 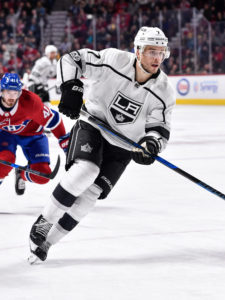 The good: Rookie Oscar Fantenberg took four shots on goal and finished a plus-two in a 3-2 shootout loss at Bakersfield’s Rabobank Arena on April 4. Nine days later, he logged approximately 8,000 minutes of NHL playoff hockey as part of an unsung and makeshift defense compensating for the losses of Drew Doughty, Jake Muzzin and Derek Forbort. There are two competing sample sizes here. One is 27 games long and depicts a pacey and competitive puck-mover with an accurate shot, but someone who struggled with consistency in defending; the second was essentially, “Yeah, but Game 2.” Anyone watching that performance in which he was among the best players on the ice over 41:10 of action on the road against the eventual Western Conference Champions understands that there’s some awfully strong and perhaps more permanent NHL potential in Fantenberg’s game. He was calm under pressure, poised with the puck, made plays in tight spaces, relieved his partner well and provided excellent support as part of a performance that represented one of the team’s very few postseason bright spots. The Kings ran the risk of overextending him – James Neal scored a Game 4 winner when he made a power move past Fantenberg along the boards – but he still averaged over 20 minutes per game in the three games that didn’t extend to double overtime, and was mostly pretty good in them, totaling one assist and an even rating over 101:52 of total ice time. In all playoff situations, he was on the ice for one goal for and one against.

So! This is fine value for a player who did not have any guarantee of making the team and in fact joined them with a minimal price tag after one year in the KHL. He was immediately recognizable in the preseason as a more advanced newcomer (he turns 27 the second day of the regular season) and showed good horsepower in his engine alsong with considerable grit and jam despite some defensive inconsistencies. Largely, he was a “really good player, a smart player,” according to Drew Doughty, who also praised his hockey sense. Armed with a good wristshot and a slapshot that he could fire off quickly, Fantenberg was a plenty serviceable second unit power play option while in the lineup. The Kings seemed to thrive offensively when he was on the ice, posting a 9.85% 5×5 team shooting percentage that led all team defensemen who played at least 25 games. “We think he’s got a good skill set,” John Stevens said. “We think he moves the puck well, we think he shoots the puck extremely well, but his ability to get on the ice and play minutes is going to come from trust from the coaches and his ability to defend the other team, stop plays and defend the rush and be good down low in his own zone, but I clearly see a skill set that can contribute offensively, whether it’s on the power play or just getting pucks to the net, being a part of the rush.” Los Angeles won 16 of the 27 regular season games Fantenberg played.

The bad: Though he provided value beyond his minimal cap hit and showed a skill set appropriately equipped for the modern game, Fantenberg struggled at times defensively and lacked the consistency needed to absorb a more permanent role than that of a sixth or seventh defenseman. This is natural; Fantenberg’s not quite six feet tall, and there were going to be challenges wrangling NHL caliber forwards as a 26-year-old with no North American playing experience. The data-driven look raises some red flags. Even though he received slightly offensively-skewed starts, he was a noticeable drag on the team’s possession rates and was in the clear red in both scoring chances and high danger scoring chances, even though he was a plus player. Given the team’s raised shooting percentage with Fantenberg on the ice, the defenseman naturally sported an elevated PDO. He was probably a touch fortunate to be a plus-player in his 27 regular season games.

Again, he’s a player who essentially provides found money. Los Angeles lost nothing but a small amount of cap space on Fantenberg, who provides value and versatility and comes with an interesting ceiling. Sadly, his first career NHL goal was scored on the night we all realized Hey, Maybe This Isn’t A 131-Point Team After All. 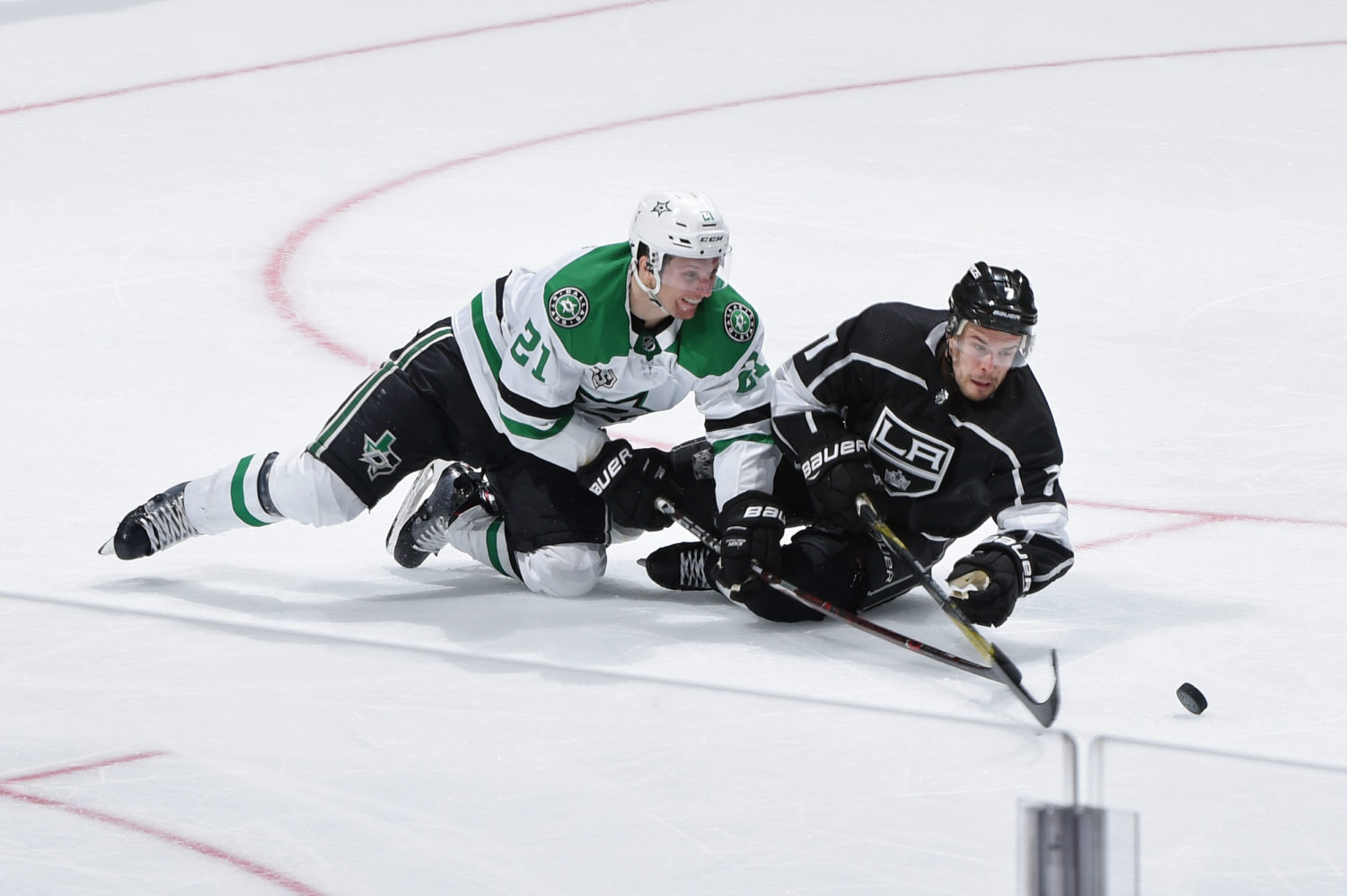 Going forward: Fantenberg returned to Los Angeles for the 82nd game of the regular season and was victimized by a heavy Benn-Seguin-Radulov forecheck for an early goal against. But he responded well after his early hiccup, and shift-by-shift showed improvement to the point where he wasn’t removed from the lineup when Doughty and Muzzin returned for Game 3 in the Vegas series. That aligns well with the type of coachability reports Stevens shared of Fantenberg from his tenure in the AHL. “The thing that was really pleasing was just his attitude when he went down here. So now he came back, and you almost sense that he’s excited about an opportunity to show you that he can play in the league and that he can perform, and I think he’s done a really good job of taking advantage of that. He’s been really sound in all areas,” said Stevens, who praised Fantenberg’s postseason level of play as “a pleasant surprise.”

There doesn’t project to be a surplus of training camp battles this year, but one that does exist primarily slots Fantenberg alongside 23-year-old, left-shooting Daniel Brickley, who is waiver-exempt. Barring injury or anything unforeseen, and assuming Los Angeles opens with seven defensemen, they’ll compete to join a defensive corps that includes Doughty and Paul LaDue on the right side and Jake Muzzin, Alec Martinez and Dion Phaneuf on the left. (Phaneuf and Martinez, and to a lesser point Fantenberg, have experience playing on the right side, as well.) Los Angeles signed Fantenberg to a one-year, league-minimum deal earlier in the off-season – Brickley’s cap hit is also palatable at $925,000 – and given the financial constraints they’ve operated around this decade, will need their less expensive pieces to provide dividends if their 2019 aspirations extend beyond the first round of the playoffs. The data and eye-test from his reduced sample size is highly variable. There were performances suggesting he’s capable of helping an NHL team win playoff games; the fancy stats, as well as a tougher stretch of play prior to his AHL assignment, serve as counterbalance. It’s not hard to envision him opening the year as a seventh defenseman battling for a wider role while being pushed by Brickley in his efforts to remain an NHL player. 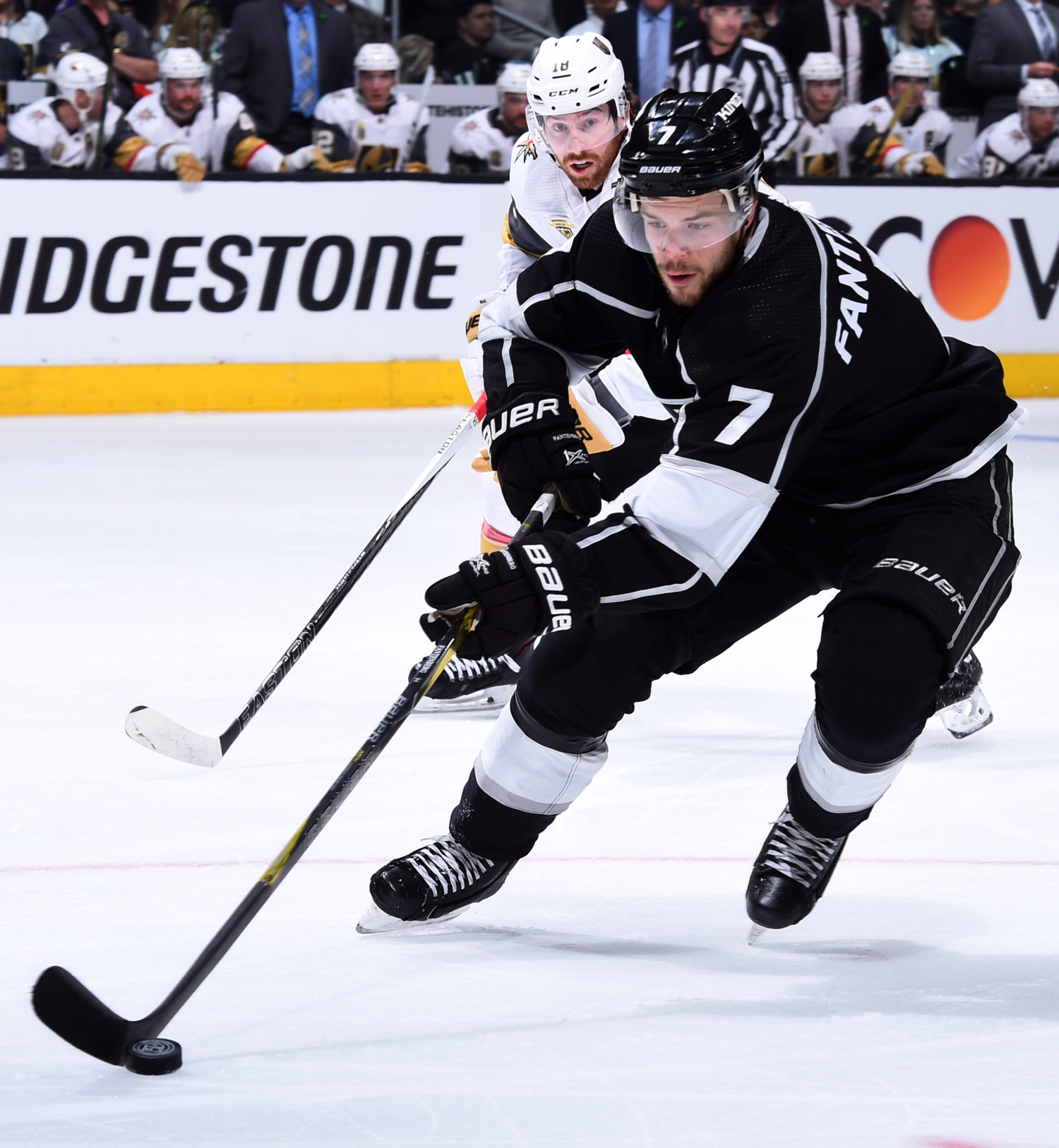