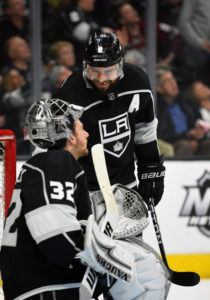 The Los Angeles Kings have built an empire on responsible, tight-checking play.

Though they experienced offensive surges during both their 2012 and 2014 Stanley Cup runs, the team ethos was still centered around stingy defense, airtight structure and clutch goaltending. And even though there were recent pushes to improve their offensive output – successful pushes that improved their goals per game by .46 – they did not sacrifice anything from their commitment to team defense and will claim the William M. Jennings Trophy for the second time in five seasons.

The Jennings Trophy, an official league award presented annually to the goalkeeper(s) to log a minimum of 25 games for the team that allows the fewest goals and shootout game-winners against in regular season play, will again be presented to Jonathan Quick.

“It’s kind of been our identity for a long time,” Quick told LA Kings Insider late last week. “We try to defend well in our own end. Our forwards take pride in helping out, and I think we’ve obviously done it well for a long time. Even though we kind of mixed a few things up to get some more chances offensively, we still always have it in the back of our head how we have to play in our own end.”

The Kings led the league by allowing 203 goals and shootout game-winners. Boston, which will face Florida on Sunday in a game originally scheduled for January 4 but was postponed because of a snowstorm, was familiarly stingy and has allowed 210 goals through 81 games. Nashville allowed 211 goals this season.

Of the top 18 teams in goals against, only St. Louis (sixth) and Dallas (seventh) failed to qualify for the playoffs.

“It’s a commitment throughout the entire team and organization. That’s kind of the pride that we’ve taken, at least since I’ve been here, is being a strong defensive team,” Alec Martinez said after the conclusion of the final game of the regular season, a 4-2 home loss to the Dallas Stars. “Obviously Quickie is a huge, huge part of that. He’s obviously a huge part of this hockey club, and it’s a commitment from all the guys in the room of playing strong team defense. Obviously that’s a nice honor, but I know something else that everyone in the room would rather have.”

This is the second time in club history that the Kings have claimed the Jennings Trophy. It is the continued representation of an identity firmly laid by Terry Murray, accentuated during the heights of the team’s success under Darryl Sutter, and maintained by John Stevens, who improved the team’s goal differential from -4 to +36, even amidst injuries to key figures who factor into the team’s play in all zones. Their penalty kill was consistently strong and finished the year with a league-best 85.0% mark, even as power plays across the league surged. 18 teams finished the year with power plays above 20%. Last season, 11 teams operated at 20% or better. In 2015-16, there were eight. There were seven in 2014-15 and three in 2013-14.

“It’s been a really good body of work, if you look at the adversity we faced this year, losing Jeff Carter all year, Gaborik was out of the lineup to start the year, Marty was hurt to start the year, we finished the year with two key defensemen out of our lineup,” Stevens said. “Had a lot of young guys make a big step this year. Hopefully it’ll pay dividends this time of the year, but if you just look at it from a straight numbers point, Goals-against was something we take great pride in. We kept that in order. We increased our goals up to – I think the number’s probably around 239. Special teams on both sides of the puck was solid, and our body of work was our goal to get us in the playoffs so we can continue to play this time of the year. I think this group has done a tremendous job with leadership leading the way. I think our young guys have taken a big step, and we’re excited about the challenges in front of us about playing in the playoffs.”

Similar to 2013-14, the Kings’ success in limiting goals against was influenced heavily by their back-up goalies. Ben Scrivens and Martin Jones were excellent while Quick recovered from a November, 2013 groin strain, and in 2017-18, Darcy Kuemper and Jack Campbell combined to earn points in 17 of 18 decisions. 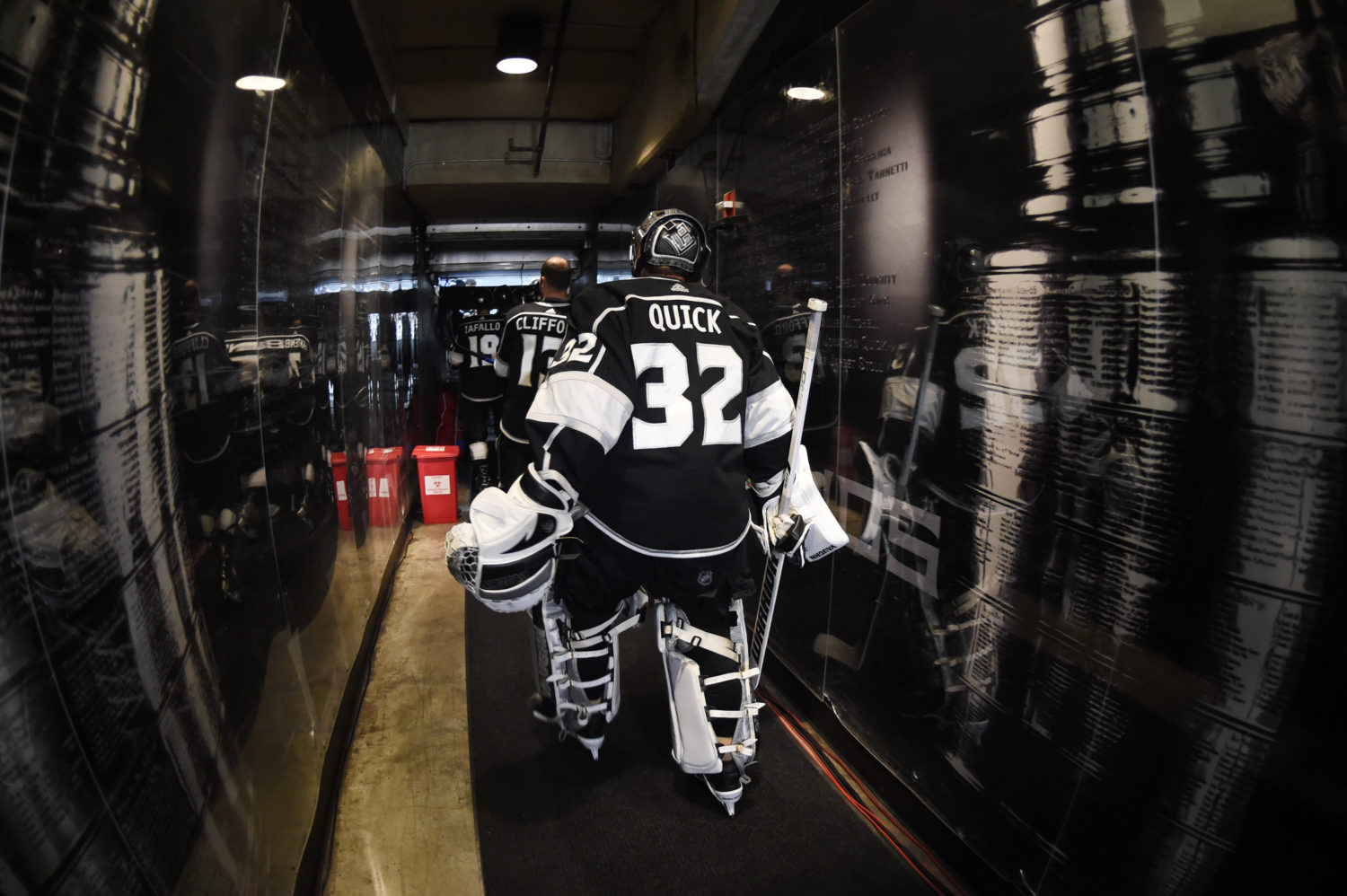