You recall the disclaimer. The LA Kings are slotted to pick 5th and 22nd in the first round of the 2019 NHL Draft, June 21 at Rogers Arena in Vancouver. They might take Lethbridge Hurricanes center Dylan Cozens with that fifth pick. They might not! To finish off the 2019 edition of Royal Lineage, LA Kings Insider will familiarize you with a handful of players who may be available when it’s Los Angeles’ turn to step towards the podium for the first time that Friday night.

And to get you familiar with Cozens, one of several highly touted WHL skaters expected to be drafted in the first half of the first round, LAKI reached out to Lethbridge General Manager Peter Anholt, who drafted Cozens with the 19th pick of the 2016 WHL Bantam Draft – not a bad get after Peyton Krebs, Kirby Dach and Bowen Byram went off the board at one, two and three. 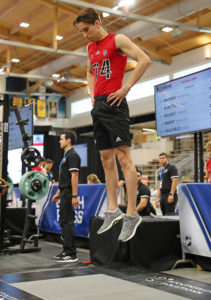 Apologies for a lack of disk space cutting off the final three minutes of the interview – need to delete all the hi-res Munters shots from the hard drive. But the most interesting comparison that Anholt shared after the audio got spotty was between Cozens and Jeff Carter. Both are versatile center-wings with powerful strides who use their elite skating to cover ample ground up and down the ice. It’s a package somewhat comparable to Kirby Dach’s that banks on an excellent understanding of the game, plus-skating and high-level playmaking. Via McKeen’s Hockey:

He is a gifted playmaker with great vision, able to make simple plays and complex ones with the same degree of success. No matter where in the offensive zone he is holding the puck, Cozens can spot a teammate in a scoring area and nail the pass. Even with multiple defenders draped over him, he can pick a seam between their legs to hit an open teammate. Helping his playmaking prowess is the fact that he is just as comfortable playing the puck on his backhand as he is on his strong side. You may have noticed that he has also scored at a prodigious rate in his two WHL seasons. His weapon of choice for scoring is his high-end wrist shot that features both accuracy and power. His release is impressive, and he doesn’t need much space to get it off.

We started off this profile alluding to the importance of skating ability and Cozens is not falling short there. He has plus acceleration and a smooth stride in open ice. He is able to shift his weight to cut and deke like a much smaller player. He may have to work harder to maintain his speed once he finishes filling out his lanky frame. Whether he eventually plays as a center or shifts full time to the right wing, Cozens is a future first line player who is not long from ready.

Whereas Dach may have a higher ceiling as a top-line playmaking center who makes better use of the half-wall and also boasts fine competitiveness, Cozens has the more highly-regarded motor and is more physical. He also boasted better consistency in his draft year and only once went three consecutive games without registering a point. There are about as many Cozens/Dach comparison pieces as there are reminders that Matt Nieto Is From Long Beach when the Kings face the Avalanche, so have at ‘em.

But beyond his speed and competitiveness, he has good puck skills and uses his tremendous wingspan to protect the puck and leverage off defenders, which combined with his speed and the pace with which he plays affords his team efficient zone exits and entries. He’s hard on the puck. 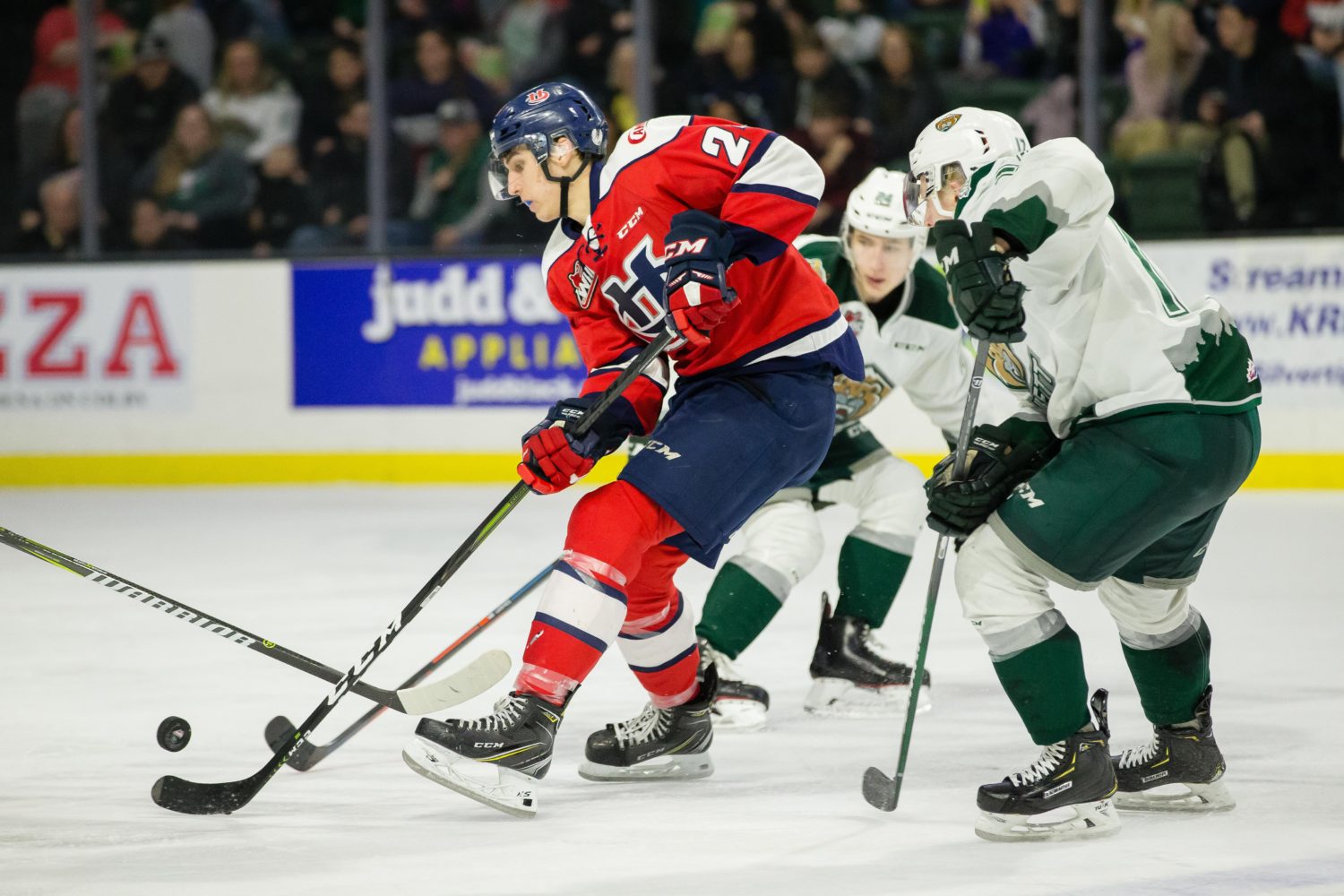 As far as character and constitution, he’s a driven player who “rises to challenges” and “takes challenges personally,” Anholt said, crediting him with brushing off a perceived drop in the bantam draft and stepping into a first line right wing role alongside Pittsburgh prospect Jordy Bellerive as a 16-year-old, posting an impressive 22 goals and 53 points. His production increased in his draft season but not explosively so, though he made a comfortable move from right wing to center for a high-scoring Hurricanes squad and had a solid showing at the U-18s, posting nine points to finish just behind Krebs and Alex Newhook’s 10 points for Canada.

“He showed what he is,” Director of Player Personnel Nelson Emerson said of Cozens’ U-18 performance. “If you follow him in the Western League, he’s a skating centerman with really good size. Plays the game the whole rink, 200 feet. Plays in his own end very well. He’s a very well-rounded player that can score a real nice goal that we saw there. He just plays in all situations, and for coaches, I think he’d be a player a coach would really love, just because he can play in so many situations. He had a good tournament for himself. One of the players obviously counted on for Canada – he was one of the captains.”

Cozens is vying to become the first Yukon product drafted by an NHL team and only the third to make it to the NHL – fellow Whitehorse natives Peter Sturgeon and Bryon Baltimore played a combined eight games for the Rockies and Oilers – though he billeted in the Vancouver suburbs once he turned 14 and played for both the Delta Hockey Academy and Yale Hockey Academy before joining Lethbridge, where he posted an impressive three goals and eight points in 12 playoff games immediately after the conclusion of his 15-year-old midget season.

Some of the questions with Cozens surround his ceiling – is he a first line center? A second line, net-driving power forward? – though he’s a consensus top-10 pick in mock drafts who is probably going to be available when the Kings pick fifth.

LAKI has shared his own expectation that Bowen Byram and Alex Turcotte will be drafted in some combination at three and four, in which case the Kings would most probably be making a decision between Cozens and Dach (though all players profiled in Royal Lineage are under consideration). Dach’s stock appears to have has risen above the flock, however, and Los Angeles, like Chicago and Colorado above them, will be giving both WHL prospects a long, hard look – and probably favoring Dach. Via Mike Chambers of the Denver Post yesterday:

In Friday’s first round of the NHL draft, the Avalanche is expected to look for an elite center and could be in a position to select the best available center not named Jack Hughes.

Hughes, from Orlando, is expected to go to the New Jersey Devils with the first pick, but Colorado — if it doesn’t choose top-ranked defenseman Bowen Byram at No. 4 — will have the ability choose between similar-style centers Kirby Dach and Dylan Cozens of Canada and U.S.-born Alex Turcotte.

Dach is ranked No. 3 among North American skaters by Central Scouting. Turcotte is No. 4 and Cozens No. 5.

“All these three kids have it — they all have the compete, that upwards speed,” Avalanche director of amateur scouting Alan Hepple said. “There is going to be a development curve, little things they’re going to have to improve here and there to play at the National Hockey League level. But we like them — we like them all.”

At 6-foot-3 and 183 pounds, Cozens is still in that spindly stage and has room to be able to add on muscle to complement his speed and power game. He’s virtually assured a ticket back to Lethbridge for his 18-year-old season. 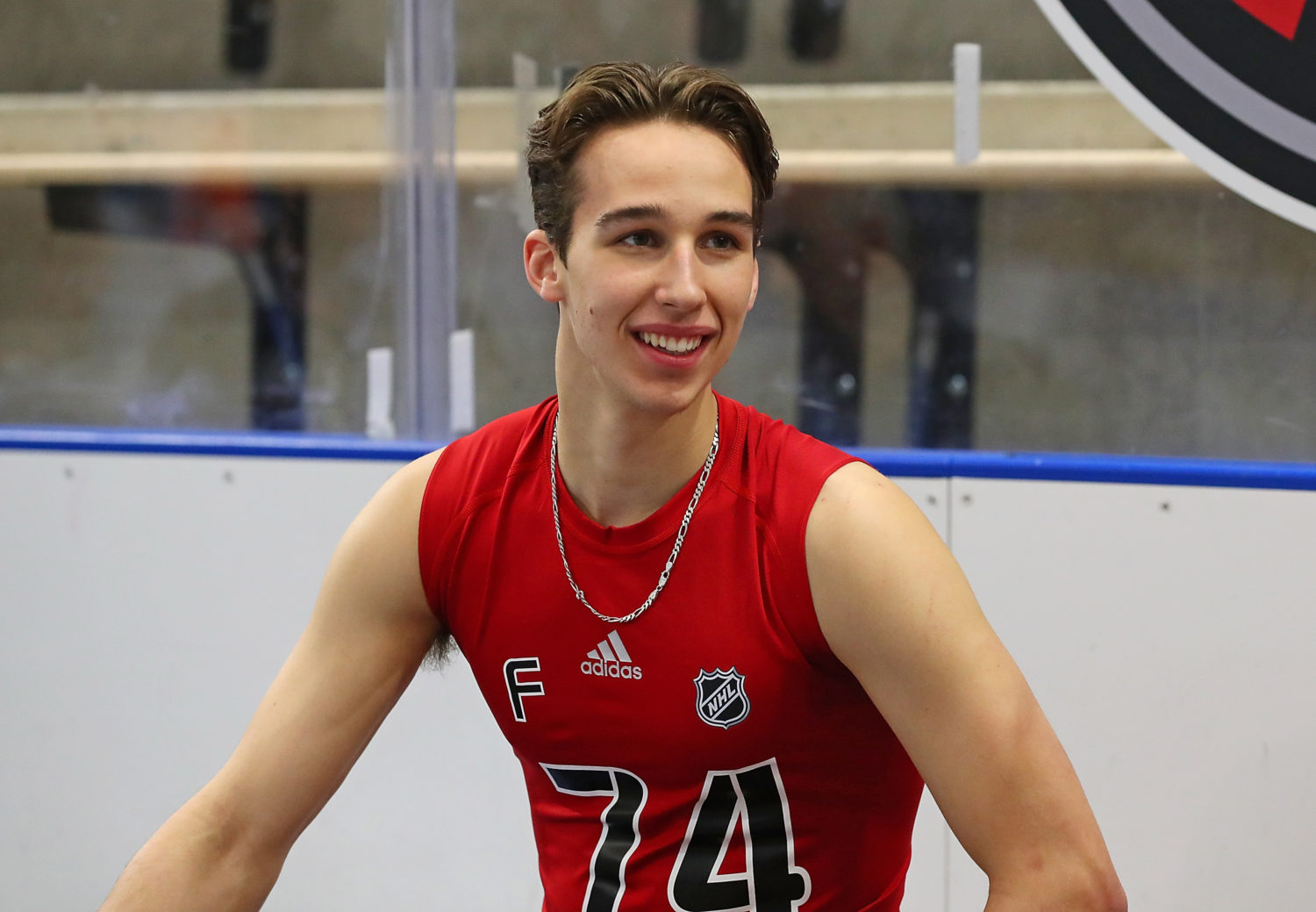 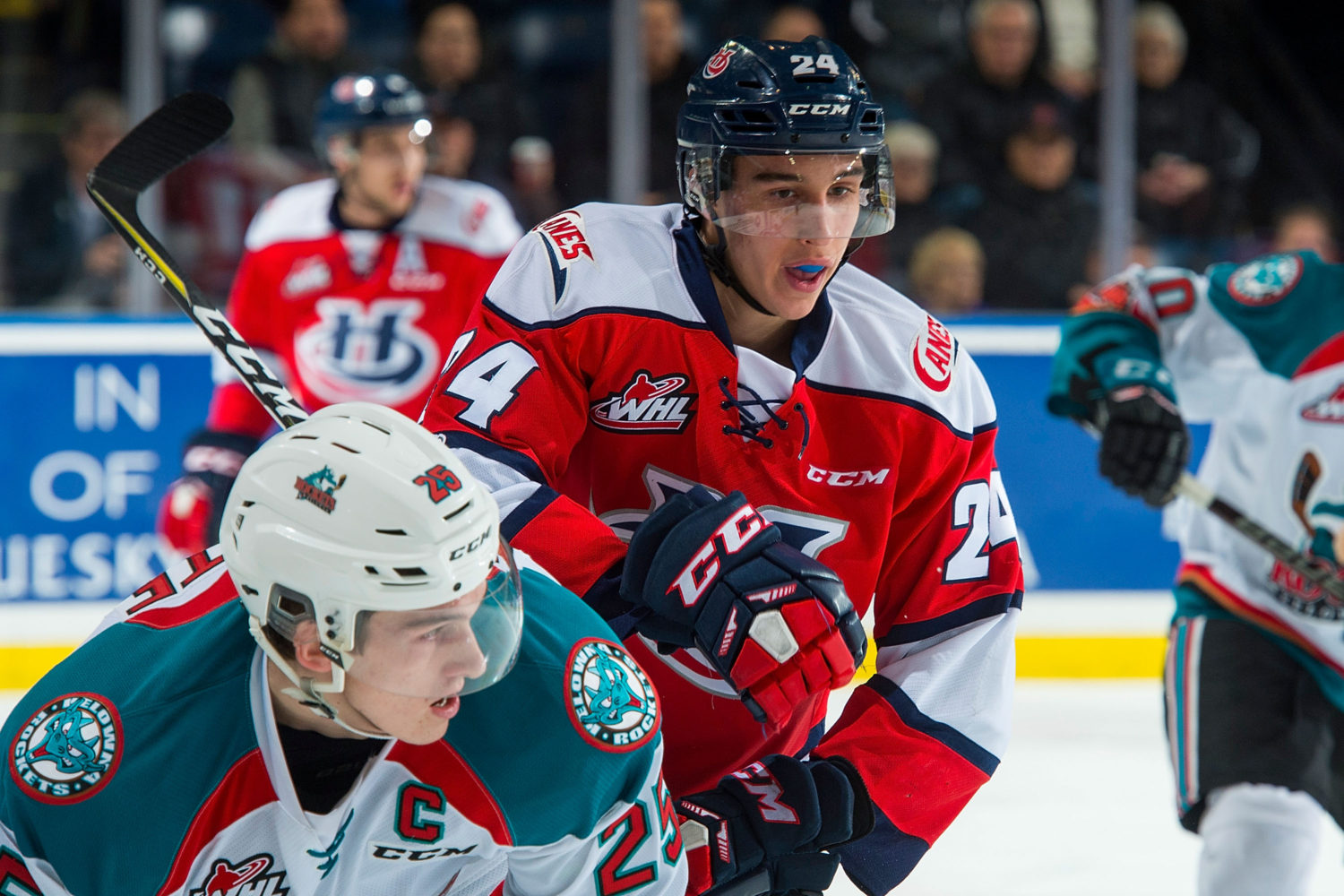