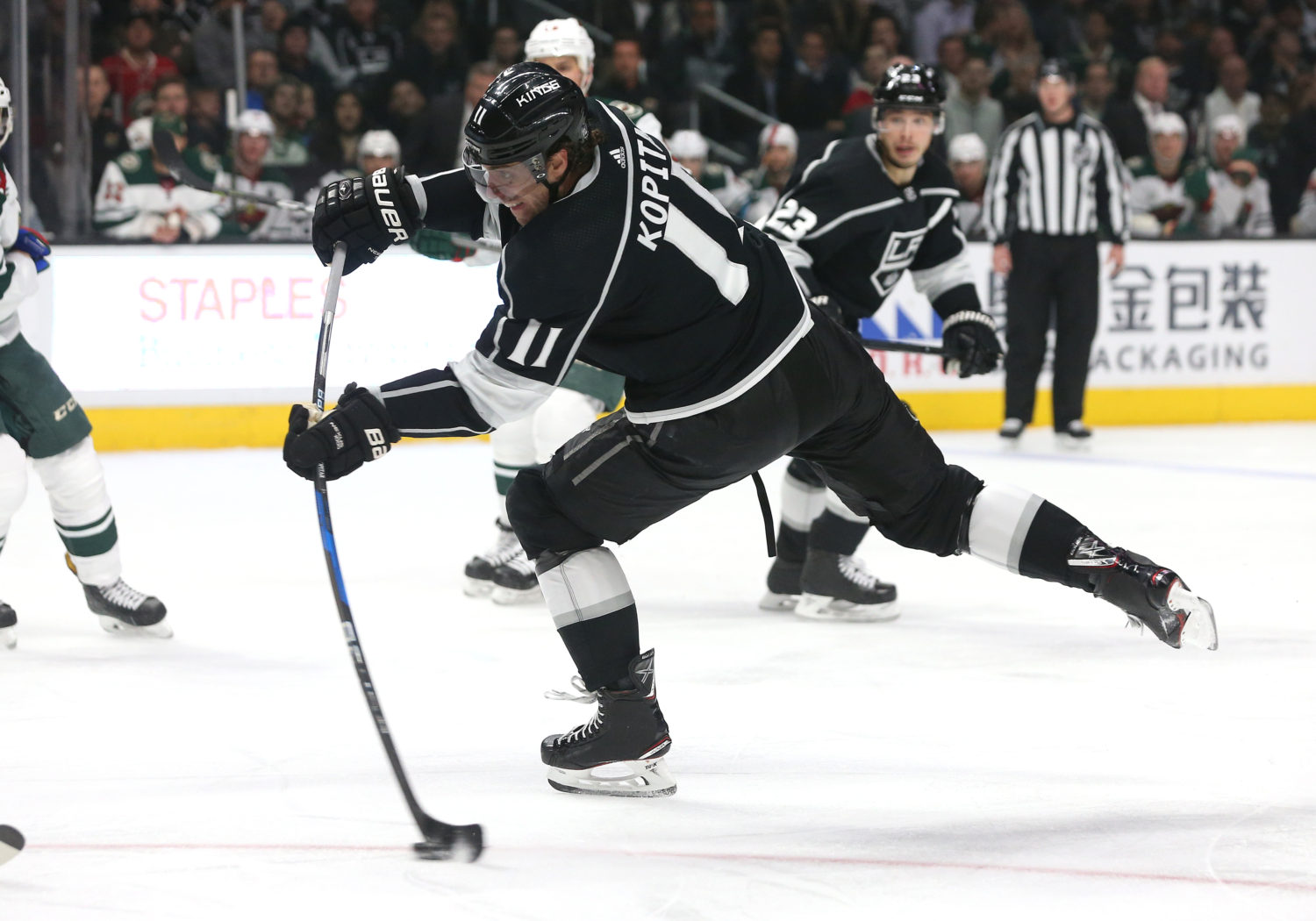 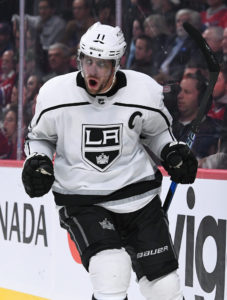 The good: In the finest individual post-Gretzky regular season by a Los Angeles King, Anze Kopitar posted career-highs in goals and assists, bested his career-high in points by 11, spent nearly three full hours on the penalty kill, recorded 31 more points than the next-highest Los Angeles scorer and posted his first career four-goal game en route to nominations for the Hart Memorial Trophy and Frank J. Selke Trophy. BUT NOT THE LADY BYNG?! FOR SHAME, PHWA. I kid. This, of course, was a dramatic response to Kopitar’s most unfortunate professional season, one in which he posted career-lows in goals and points per game, which was impacted heavily by a perfect storm of Olympic qualifying, high-caliber World Cup competition and a November arm injury amidst the backdrop of the captaincy transfer, which took some time to adjust to for a player who prides himself on his level of play and leadership. “I think after last year, a tough year for him, a tough year for the team, I think the biggest thing is he’s having fun playing the game, and that can take you a long way when you have a skill set like his,” Dustin Brown said in March. You knew 2016-17 was an anomaly, because you read his evaluation last year.

Kopitar stormed out of the gate with nine goals and 23 points in his first 19 games, a positive representation of the evolved systematic play that saw the team play faster through the neutral zone, get pucks up to speed quicker and cut down on D-to-D passes. This helped facilitate a major swing from -1.1 to +3.2 in CF%Rel even though his overall raw 5×5 Corsi-for rate of 52.2% was the lowest since his rookie year. This is important: per Hockey-Reference, Kopitar’s OZFO% – his offensive zone faceoff percentage, divided by (offensive zone faceoff + defensive zone faceoffs) – and his DZFO% (vice versa) were significantly skewed towards the defensive zone more so than any prior season in his career. In essence, he was getting tougher starts, against typically excellent competition, and still blew away his previous high-water mark in production. Those difficult starts were a byproduct of Jeff Carter’s injury, but even in the 55 games Carter was out, Kopitar led the team with 28 5×5 points, backed by Adrian Kempe’s second-best 21 5×5 points, which provided a crucial one-two punch down the middle that kept the team afloat despite some incredibly challenging circumstances. “I’ll ask you a question,” John Stevens said in March. “Who’s more important to another team in the league than he is to ours? I think his performance has been outstanding. I think he’s a key guy in every situation you can imagine in a hockey game. He provides leadership for our team. He produces offensively. He’s a premier penalty killer in the league, a faceoff guy, a power guy, a skill guy. I don’t see any reason why he shouldn’t be in [the Hart Trophy] conversation.” Two weeks earlier, Stevens said, “He’s played as well as we’ve ever seen him play.” He reached 200 shots on goal for the first time since 2013-14, when he also recorded 200.

There are so many numbers to back up his excellent all-situational play. He led all NHL forwards in overall ice time and time on ice per game and averaged 2:10 of shorthanded time per game as one of the league’s most effective penalty killers on the league’s top penalty kill. The Kings won the Jennings Trophy off the performances of players like Kopitar, whose 28.6 SA/60 was right in the wheelhouse of rates compiled by fellow Selke finalists Patrice Bergeron (28.4) and Sean Couturier (28.7). His 54.1% faceoff percentage was a career-high and two and a half points higher than his prior career rate. “He’s big, he can skate, he’s got all the tools, whether it’s shooting or being able to make that next pass and he’s a player that when I was younger and coming into the league, he was one of the guys that I wanted to watch because he was able to play in the league at such a young age right away and have success,” Patrick Kane said. “He’s big and he can skate and he can do a lot of different things and he’s obviously well aware defensively, so he does it all.”

Reaffirming his place amongst the league’s most elite centers, Kopitar sets a high model for conditioning, preparation and execution and is a presence whose composure and approach helps solidify the culture that the team has built this decade. He has the ability to dominate shifts with his size, puck protection and multi-situational awareness.

The bad: Virtually nothing. John Stevens wanted to see him bring his shift length down, but in the grand scheme, it mattered little. His 51 seconds per shift tied the highest average shift length (with two of his previous seasons and Marian Gaborik’s 2014-15 season) out of any Kings forward since 2005-06. More nitpicking, but he missed the net on a high-grade overtime opportunity in Game 2 at Vegas that had the potential to completely change the complexion of the Kings’ first round series. With a career-high 17.5% shooting percentage, there is certainly room for some regression back towards his career rate of 12.6% next season, but any such drop could be mitigated by the team’s desire to improve in its puck distribution towards high-danger areas, combined with the likely progression towards slightly more balanced offensive/defensive zone starts. 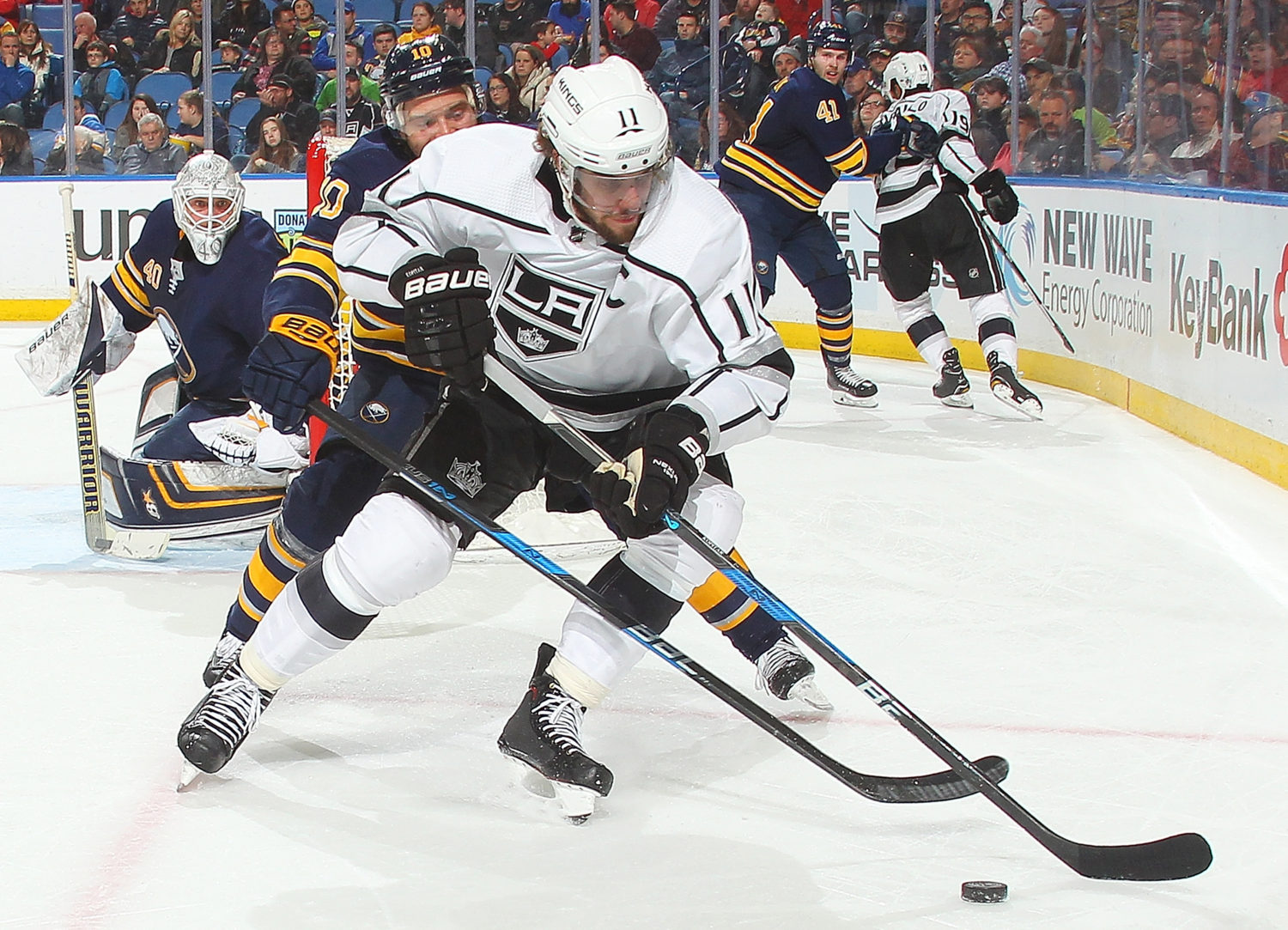 Going forward: LAKI was on the fence down the stretch this season, but Kopitar deserves both the Hart and Selke trophies. Nathan MacKinnon may have had a leg-up for the Hart in mid-March, but did not record any goals or primary assists during five-on-five play over Colorado’s last nine games as the team was playing its most important stretch of hockey in years. In a match-up between two teams jockeying for the playoffs, and two players with similarly bolstered Hart Trophy credentials, it was Kopitar catalyzing the Kings to a 7-1 win with a four-goal performance. Perhaps the stiffer competition for league MVP will come from Taylor Hall, who may be buoyed by some emotional backing by league voters – the same type of backing that is alleged to have aided Drew Doughty’s Norris Trophy season in 2015-16. Hall, who recorded 44 points from February 1 onward, outpaced both Kopitar and MacKinnon down the stretch and with 39 goals bettered his previous career-high by 12. Both MacKinnon’s 1.31 points per game and Hall’s 1.22 were higher than Kopitar’s 1.12, but neither player matches Kopitar’s all-situational excellence, nor his tenured and more incalculable leadership. This is likely to come down to the most competitive Hart Trophy finale in recent memory, with the winners revealed on June 20 in Las Vegas.

Again, a cursory analysis might suggest that Kopitar is due for some regression in 2018-19 given his clear spike in production, and that may still be true. But with the team continually in search of offense both through personnel and the push for speed and systematic changes designed to spur offense, any hypothetical drop should probably be muted. He might not reach 92 points, but there’s nothing to suggest he shouldn’t settle comfortable in the mid-80’s while remaining one of the league’s elite centers and a true match-up nightmare. Such a player comes with a price; Kopitar still has six seasons remaining on a contract that carries a $10M AAV. This is a good thing; he’s an irreplaceable, generational player whose jersey will hang from the Staples Center rafters and whose visage will be displayed in the Hockey Hall of Fame. 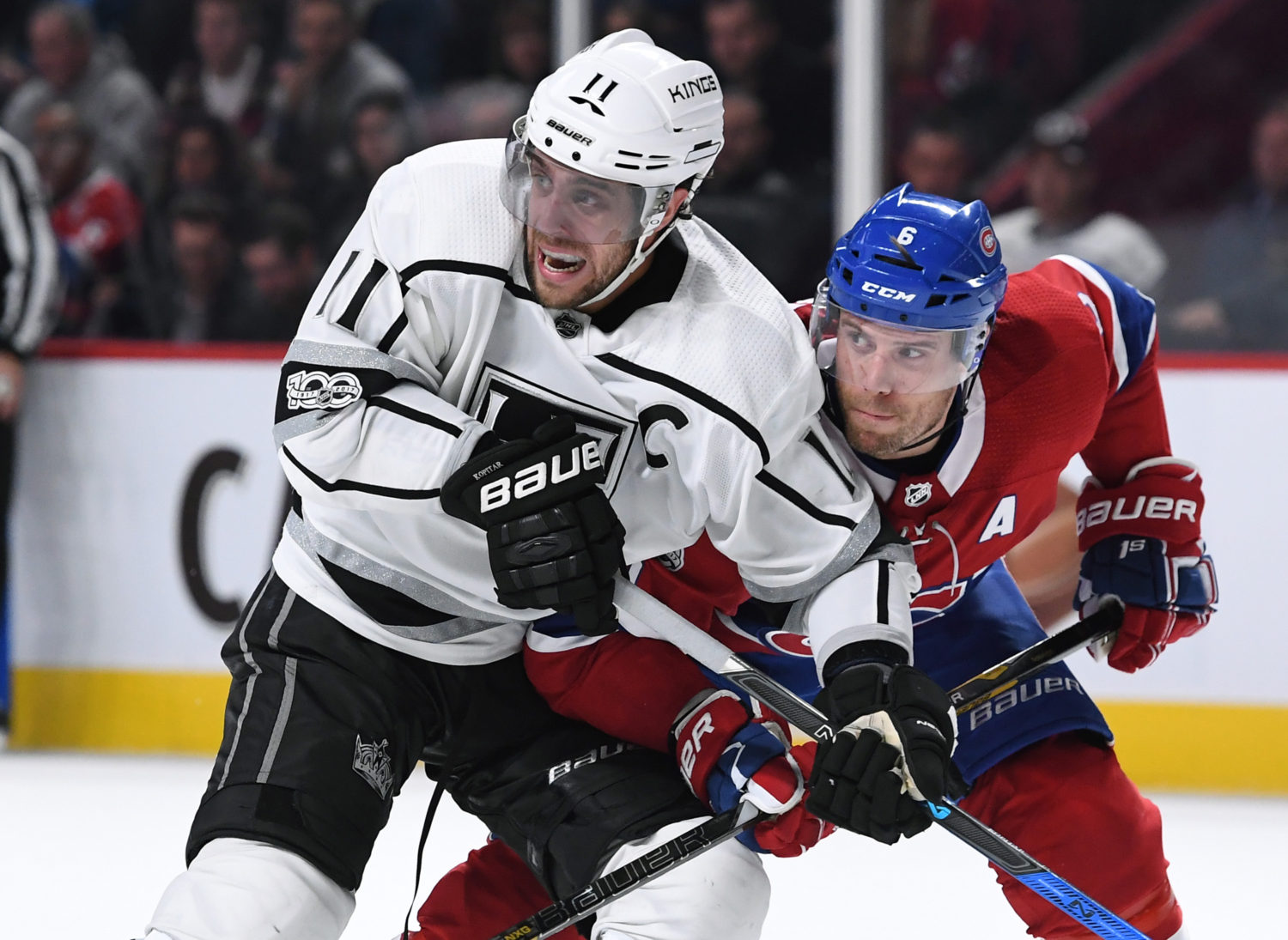