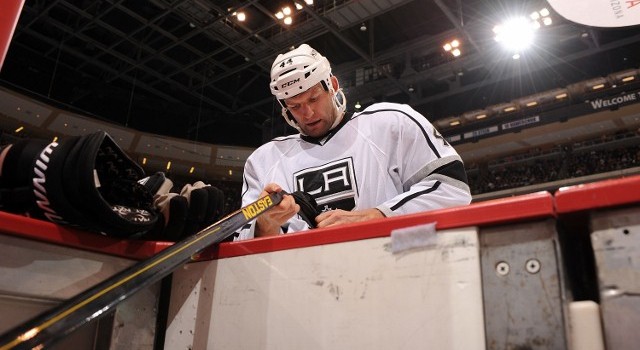 The son of Mennonite missionaries, Robyn Regehr’s childhood took him from Recife, Brazil to the island of Sulawesi, Indonesia when he was nine months old. Though unable to recall anything from his earliest days in South America, he does have memories from his early childhood in the village of Poso, Indonesia, where his father helped to raise livestock and encouraged sustainable living habits while his mother, a registered nurse, worked in healthcare and provided basic nutritional information along to the village.

There is no “right way” to make the National Hockey League, though Regehr’s path is certainly among the most unique.

Following in the footsteps of his parents, Regehr also traveled to Mozambique with Zdeno Chara in 2008 as part of the Right to Play project, a charity that relies on athletes to “educate and empower” children in disadvantaged areas around the globe.

Previous LAKings.com features:
Net Gains
Mark Morris: An Open Door
Darryl Sutter: Playing Hardball
Influencers
Another Go
Dining Out with Willie Mitchell
Kings of CHLA
West is Best
Their Words
Numbers Aside
Follow Me
Talk About It
Padded Down
Little Time for Rest
Make Them Better
Comfort Level
Getting There
Will to Win
Buying In
Fine Tuning
Battle Tested
Smooth and Selke
Up, Up and Away
In Their Eyes
Work in Progress
Committed
Scuderi’s Actions Speak
Brown’s Model a Path for Doughty