The LA Kings have signed defensive prospect Mikey Anderson to a three-year entry-level contract. Anderson, who turns 20 one month from now, is a back-to-back national champion at Minnesota-Duluth and captained the United States to a silver medal at the World Junior Championship one year after earning a bronze as an 18-year-old underclassman. One of Los Angeles’ two fourth round picks in 2017 – the other, Canadian world juniors defenseman Markus Phillips, is also heading towards an entry-level contract – Anderson completes his two-year collegiate career with 11 goals, 50 points and a plus-33 rating in 79 games with the Bulldogs.

The signing caps off a top-notch amateur career for the balanced defenseman with an excellent motor. Improving his numbers and minutes with the Bulldogs, Anderson played his best hockey down the stretch and in big games, according to conversations with the team during Duluth’s tournament run. He played large minutes in all key situations against quality competition as a top defenseman on the country’s top team, with one regular observer sharing that he’s “without question ahead of the development path” originally foreseen and referred to him as someone “driven” to succeed. I’ll have a much more in-depth scouting report and words to share, but by now you’re probably familiar with Anderson, one of the team’s top defensive prospects and a visible figure at several levels of amateur U.S. hockey.

From other recent scouting reports, the team likes Anderson’s balance and steadiness. He’s able to calm plays down in his own end and transition the puck out of his zone, and can also jump into the play to beat goalies in the attacking end.

Mikey Anderson gets loose in the slot and finds the back of the net to pad the @UMDMensHockey lead. 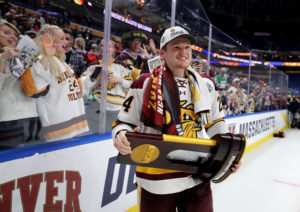 He’s a player with good instincts without the puck, and there’s good confidence that his skill set should translate well to a more up-tempo professional game that can call on his ability to seal plays off and get the puck out of the defensive zone quickly. At development camp last summer, he spoke about his efforts to build up his lower-body strength and work on his “quick feet.” His brother, Joey, was selected 73rd overall by New Jersey in 2016 and recorded four goals and seven points over 34 games as a rookie forward with the Devils this season.

Anderson was someone the team had targeted for an ELC at the conclusion of his college season, and speaking with hockey operations around Game #80, there weren’t any hold-ups expected on bringing him under contract for this coming year. His signing raises the possibility that all members of the team’s 2017 draft class could ultimately be signed to an NHL contract. Gabe Vilardi (1st/11th), Jaret Anderson-Dolan (2nd/41st), Matt Villalta (3rd/72nd), Anderson (4th/103rd) and Drake Rymsha (7th/138th) have signed ELCs, while Phillips (4th/118th) appeared likely to sign his ELC during a check-in earlier this month. The remaining selection, Cole Hults, will return to Penn State for his junior season, but the Kings are keeping a close eye on him and have been satisfied with his development and the trajectory of his game.

More to come on Anderson and the young defense as a whole. Via LA Kings:

Anderson on April 13 helped the University of Minnesota-Duluth (UMD) capture the NCAA Championship as a sophomore. During the regular season he played in 40 games and had 27 points (6-21=27) and a plus-22 rating. In the postseason he was an all-tournament team selection as the Bulldogs won their second consecutive national championship. Earlier this month he was also named the recipient of the final Hockey Commissioners’ Association Player of the Month award for 2018-19, covering both March and April as Anderson tied for the NCAA scoring lead with 14 points and ranked first nationally in assists (12) during that stretch.

As a freshman Anderson finished as UMD’s second-leading freshman scorer with 23 points on five goals and 18 assists in 39 games. In the NCAA championship game that year the Bulldogs topped Notre Dame, 2-1, at the Xcel Energy Center in St. Paul as the college won the title for just the second time in school history.

Earlier this season Anderson competed at the prestigious World Junior Under-20 Championships for the second straight year. He registered five points (2-3=5) and captained the squad to a silver medal finish this past January. Team USA and Anderson captured bronze one year prior.

Prior to college Anderson played two seasons with the Waterloo Black Hawks of the United States Hockey League. 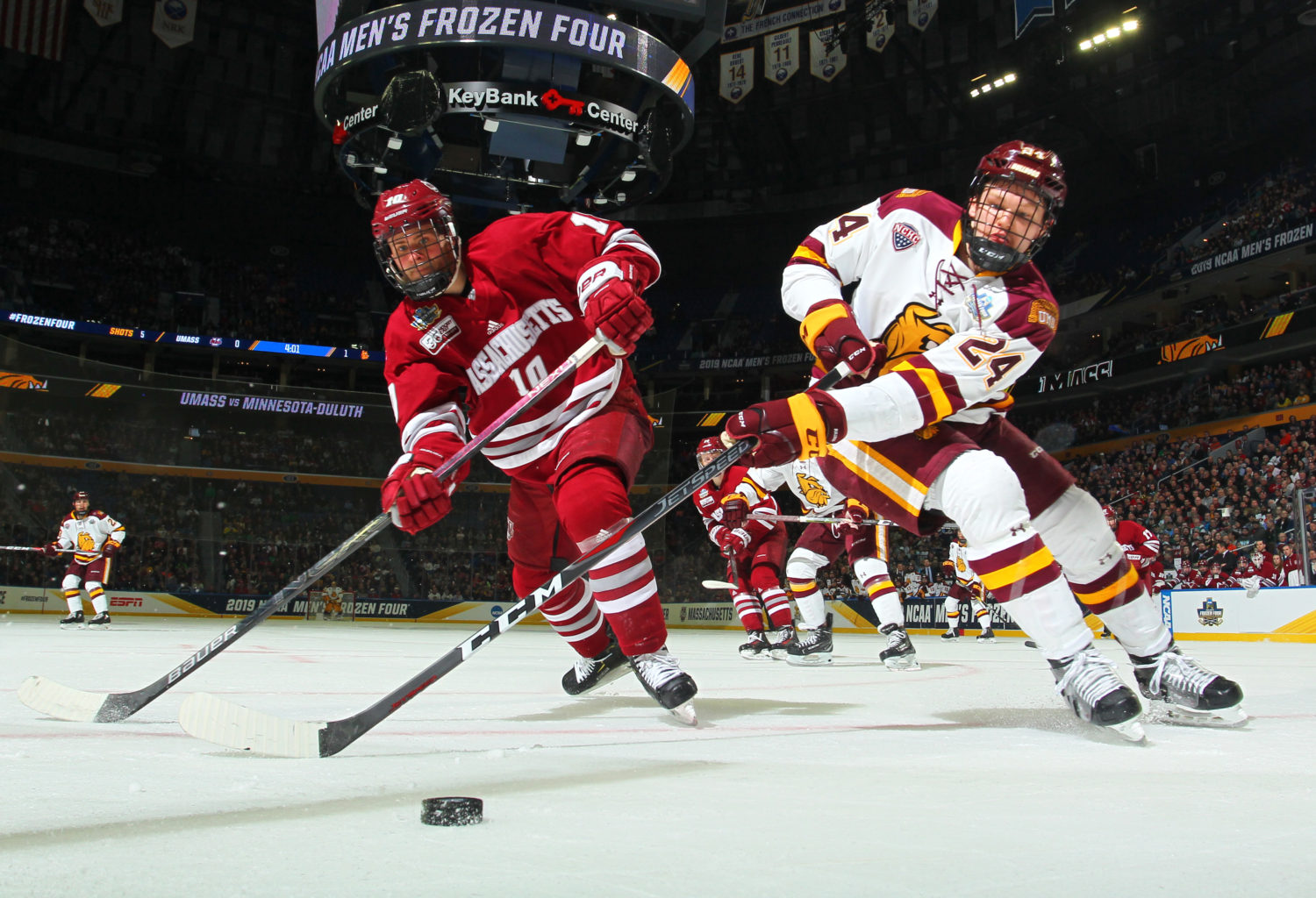