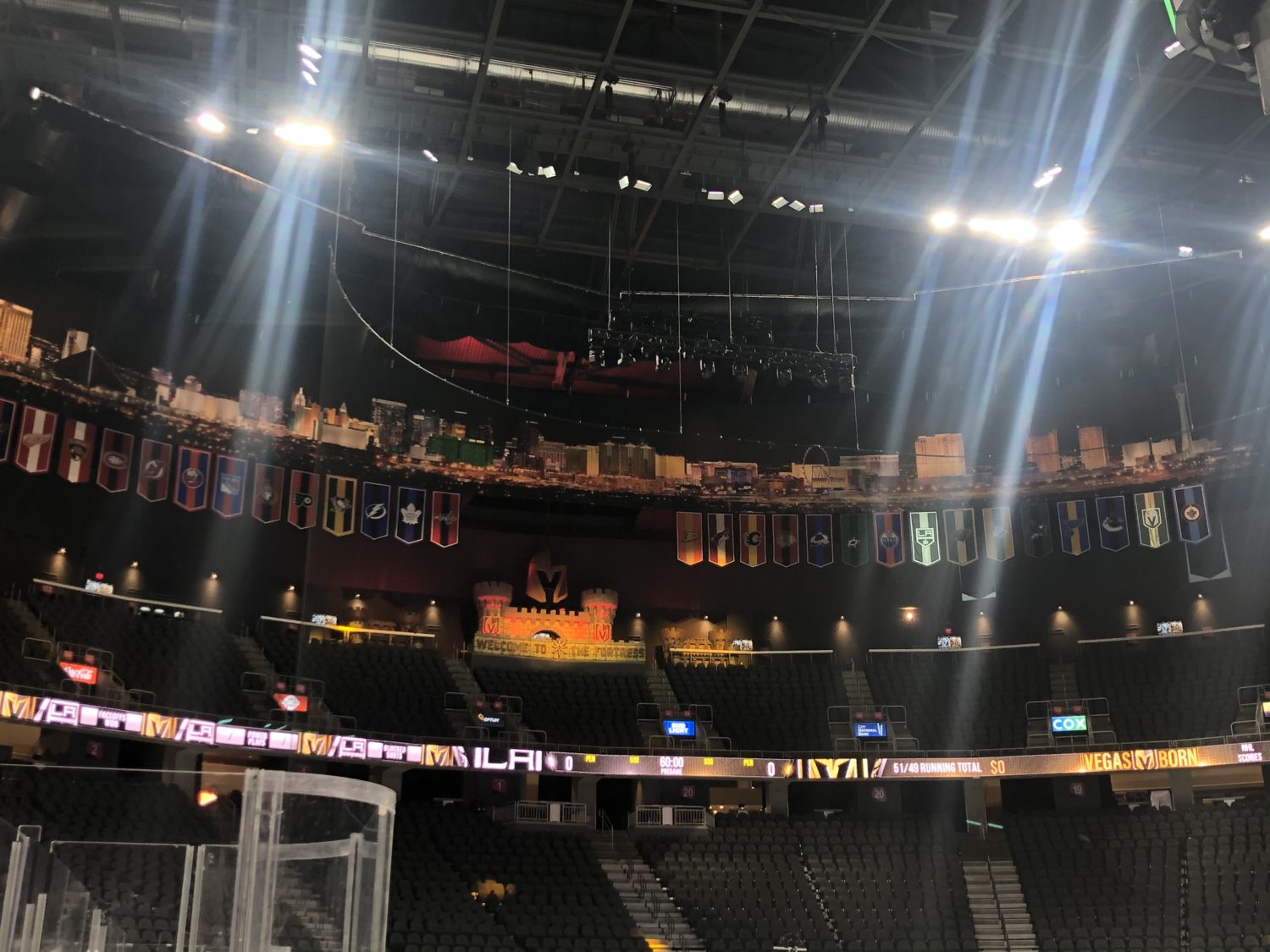 — Jack Campbell is expected to draw the start for Los Angeles. He’s split a pair of games against Vegas in his career, stopping 87 of 89 shots in doing so. The win was the first of his NHL career. “Some goalies just feel comfortable playing in certain buildings. I don’t have enough experience with Jack or with the team in this building, but he’s going to have to be on his toes,” Todd McLellan said. “There’s no doubt this team throws a lot of pucks at the net. They have four guys with ovwer 100 shots on goal already and they all happen to be top scorers, so their shooting percentages are very high with a number of players. Our goaltender’s going to have to be a very good player tonight.”

— Blake Lizotte (lower-body) visited the doctor today and did not join the team in Las Vegas. He’s “questionable” to rejoin the team on the remainder of the trip. Joakim Ryan (IR/lower-body) traveled with the team. Jaret Anderson-Dolan met the team in Nevada today but won’t play tonight, per McLellan, who shared that Luff would enter into the lineup, Michael Amadio would remain up with Adrian Kempe and Austin Wagner, and Trevor Lewis would skate at center.

More from McLellan on Anderson-Dolan, Lizotte and several other boldfaced names is below.

— Malcolm Subban, 1-1-0 in his career against Los Angeles with a 2.54 GAA and a .911 Sv% goes for the Golden Knights, who will be without Jonathan Marchessault (lower-body) for the fourth consecutive game.

Todd McLellan, on Blake Lizotte and Joakim Ryan’s statuses for the road trip:
Joakim Ryan is with the team. He is skating. He’s not ready to play yet, but we expect him to play at some point on the trip. Lizotte did not join us today. He saw a doctor, he won’t be playing obviously tonight, and he’s questionable for the remainder of the trip. We’ll just see how he feels as time goes and there’s a chance he could join us. There’s also the chance that he may not, so it’s a little bit vague. But that’s where we’re at.

McLellan, on whether Anderson-Dolan is available to play:
JAD is here but he won’t play tonight. He didn’t get in until late today. They had a late night last night, so we’ll see Luff go in and play tonight. As we move forward, we’ll probably get a chance to see Anderson-Dolan play.

McLellan, on reports on Anderson-Dolan:
Good reports on JAD of late, and JAD, you can kind of watch video and see consistency. He keeps doing the same things over and over again, which is good. He’s found his game, he knows who he is and what he can do. The offense started to come a little bit more as of late, and he’s just been playing a solid game, so he deserves an opportunity to see what he can do here at the National Hockey League level again.

McLellan, on managing Anderson-Dolan and any indicators he was ready to be recalled:
We won’t manage him differently from some of the other young players that have come up. We’ll play ‘em. What JAD has, he has a little but of experience maybe that others didn’t, and that was very early in the season last year. It’s been well over a year since he’s played an NHL game. I’m sure he’s got the same nerves and sweaty palms as he did when he started, and that’s a good sign. The attention to detail that he had at the American League level was noticed and recognized. We felt that he can penalty kill even at this level right now. Strong on the boards, gets the job done there, and we started to see a little offense come from him at the American League level. You throw those factors in and he deserves the opportunity.

— Finally, because the last few games haven’t served up a cornucopia of goals, here are highlights from the 11-3 win over Quebec on February 18, 1989 in which Wayne Gretzky recorded seven points – the last of which was an assist on Luc Robitaille’s 40th goal of the season – and rookie Joe Sakic found the net for the baby blue-clad visitors: