Devils win lottery; LA Kings fall to fifth (+ a glance at history of the fifth pick) 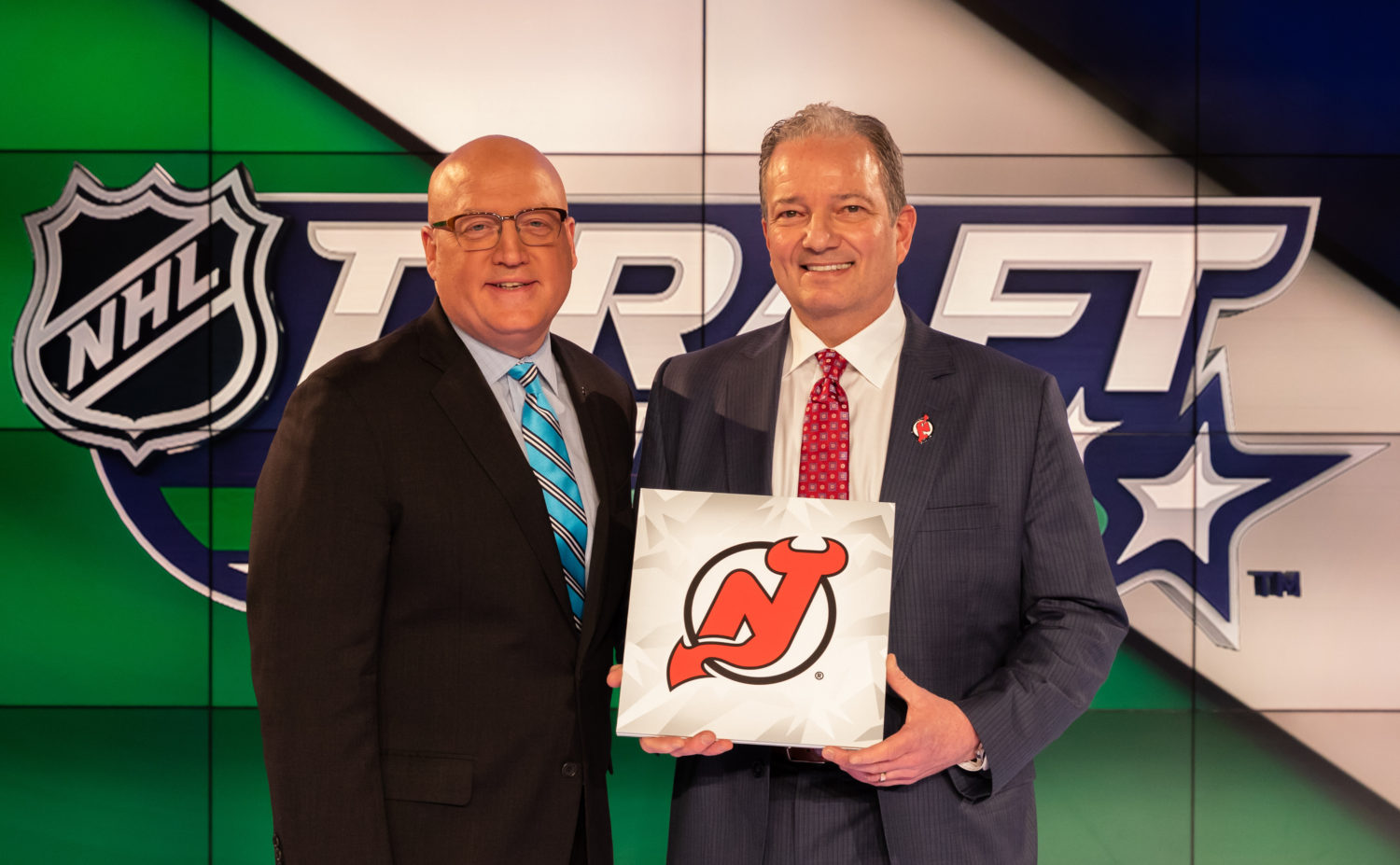 There was always the recognition and hope during a long, draining slog of a season that with every loss there was the added probability, however negligible, that the LA Kings had been pushed one iota closer to a top-two pick, where they’d have the ability to draft either Jack Hughes or Kaapo Kakko. That didn’t materialize in a disappointing lottery draw in which they fell two spots to fifth overall, an outcome per Tankathon.com that had a 27.9% chance of happening. Los Angeles had a 13.5% chance to draft first, a 13.0% chance to draft second, a 12.3% chance to draft third and a 33% chance to draft fourth. Rather, the first four spots will be occupied by New Jersey, the New York Rangers, Chicago and Colorado after the Devils earned the top pick from the 29th-place slot the Kings had teetered towards over the final week of the season. New Jersey had an 11.5% chance of drafting first, New York a 7.8% chance of drafting second and Chicago a 3.0% chance of drafting third, per Tankathon.

There will still be a tremendous player available with the fifth overall pick, but this isn’t anything short of major disappointment, however probable, for an organization at the outset of needed and expected roster restructuring amidst a concerted push for skill, speed and youth. We’ll all tell the story of the players the team will consider, with Dylan Cozens, Bowen Byram, Vasily Podkolzin, Kirby Dach, Alex Turcotte and Trevor Zegras among the names you’re going to hear an awful lot of. Corey Pronman always does a great job with his evaluations; he had Cozens, Dach and Podkolzin at three, four and five in his January mid-season rankings ($). Prospect rankings shared earlier today by Sportsnet the have Podkolzin, Cozens and Byram going 3-4-5. In March, Bob McKenzie had Podkolzin at three and “little separating Dach, Cozens and Byram at Nos. 4, 5 and 6.” Craig Button had Podkolzin-Zegras-Byram at 3-4-5. Podkolzin, reportedly under contract for two more seasons with SKA-St. Petersburg, may fall beyond the third spot over not being immediately available to an NHL team.

This was an important topic during a late season Rosen Report:

"This is a good year to have a bad year"

Again, there are going to be very good players available at number five. Byram is the top defenseman available in the draft, and I’ve heard terrific things about him from both club scouts and the WHL reporting and broadcasting circuit. His Vancouver Giants lead Victoria two to nothing in a second round playoff series and in the next round could face Jaret Anderson-Dolan’s Spokane Chiefs, who lead Everett two-to-nothing. GM Rob Blake, Assistant GM Michael Futa and Director of Amateur Scouting Mark Yannetti recently saw Cozens play live at Scotiabank Saddledome the day after the Kings played there two weeks ago. His Lethbridge Hurricanes lost in seven games in the first round, so he’ll head to the U-18 Worlds to wear the Maple Leaf next month.

Fifth overall picks this decade, beginning in 2010, were Nino Niederreiter (NYI), Ryan Strome (NYI), Morgan Rielly (TOR), Elias Lindholm (CAR), Michael Dal Colle (NYI), Noah Hanifin (CAR), Olli Juolevi (VAN), Elias Pettersson (VAN) and Barrett Hayton (ARI). 26 players drafted fifth overall since 1963 have gone on to play at least 600 games, with Jaromir Jagr leading all players with 1,921 points. Scott Stevens, Bill Guerin and Phil Kessel join Jagr as fifth overall picks to record at least 800 points. Los Angeles previously selected fifth in 2009, when they drafted Brayden Schenn. They drafted first once – 52 years ago – and claimed defenseman Rick Pagnutti in the 1967 NHL Amateur Draft, though there were only 18 selections made that year. They have drafted in the top five nine other times: second overall in 1981, 1986 and 2008, third overall in 1995 and 1997 and fourth overall in 1980, 1987 and 2007.

The Kings also own Toronto’s first round draft pick, the exact slot of which will be determined by the playoff round reached by the Maple Leafs and slotted in the inverse order of points accrued by teams also eliminated that round. They also own the 33rd pick, 64th pick, 90th pick (Washington’s third round pick, as part of the Carl Hagelin trade), 95th pick, 122nd pick (Calgary’s fourth round pick, as part of the Nate Thompson trade), 126th, 157th and 188th.

Lots more to come on these topics during the spring months. The NHL Draft will be held June 21-22 at Rogers Arena in Vancouver, B.C.