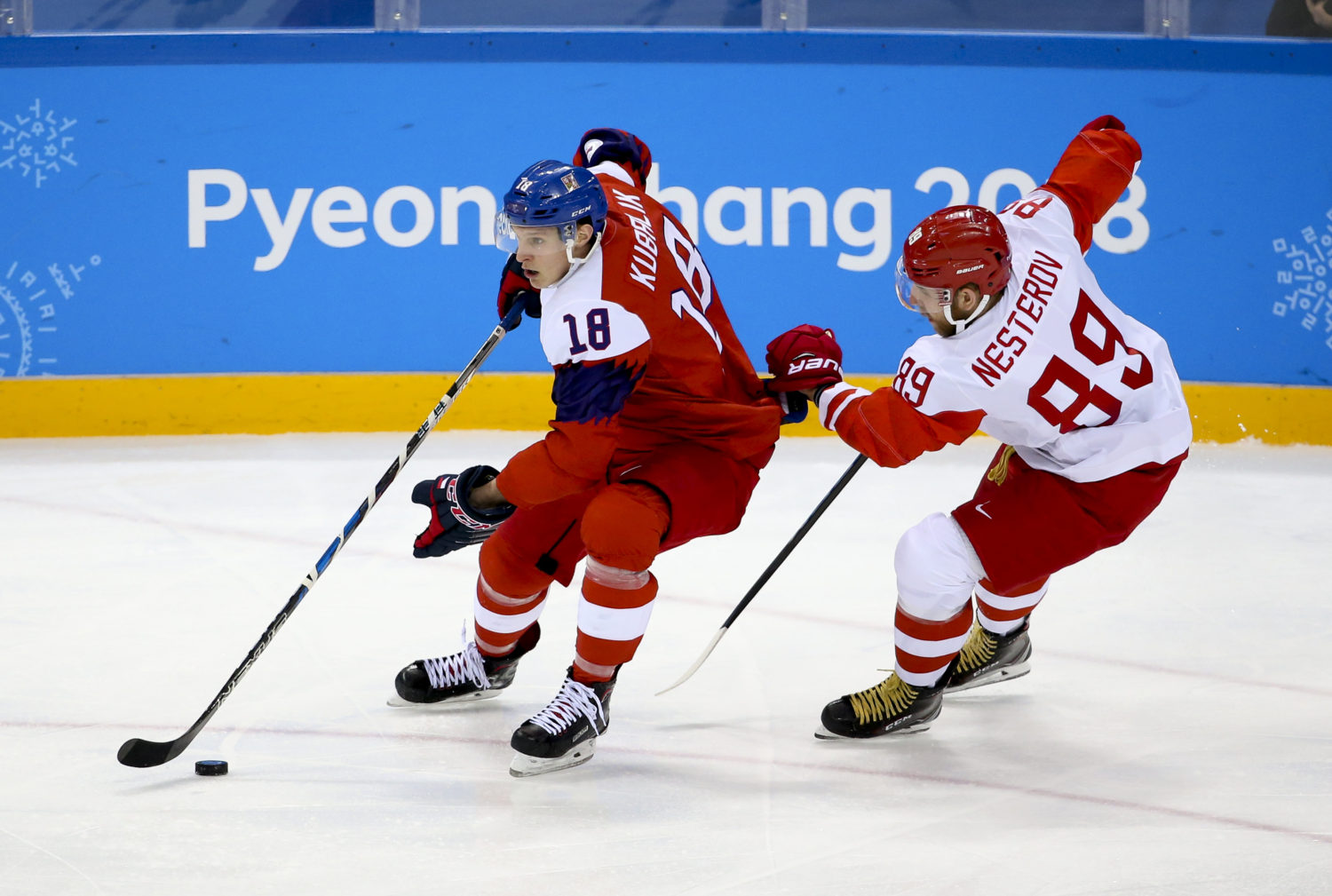 A stick tap to Joseph for nailing the pronunciation of Parthapratim Chakraborty, a blockchain CEO .

Via the team’s release, there appears to be an NHL out clause. Via the always fun Google Translate:

At the same time the club announces that the 22-year-old Czech striker Dominik Kubalik, back from a world championship starring as a protagonist and finished by the top scorer of his national team, will remain in Ambrì also the 2018/2019 season. The club and the player have reached an agreement that provides for the waiver of the NHL exit clause by the attacker for the next season in exchange for the company’s waiver of the penalty provided in case of a possible departure at the end of the next season.

This isn’t really anything that should make you raise more than an eyebrow as of now. The team had Kubalik fairly high in a reserve listing shared at last year’s State of the Franchise meeting, but I’m yet to see much of any indication that the forward who turns 23 in August has fully committed to the organization or to playing hockey in North America again. Drafted in the seventh round in 2013 out of OHL-Sudbury, Kubalik has emerged as an intriguing young scorer in the Czech and Swiss leagues, and last season split time between Ambri and CZE-Plzen, where he was on loan, totaling 26 goals and 51 points in 45 games. He also added two goals for the Czech Republic at the Olympics, and led the Czech team with eight points (3-5=8) at the World Championship. That sounds very interesting, but having watched him against higher competition at the Olympics, and having followed his career, it’s still not quite clear what the Kings have there. I didn’t notice a ton of touches other than when he scored in PyeongChang, but given some impressive scoring rates in Europe, he’s absolutely worth bringing over at the appropriate time, should the team and player come to an agreement.

What I do know is that if you are in Ticino, you absolutely have to try as hard as you can to make an HC Ambri-Piotta game. This isn’t an endorsement of the team’s politics, but rather the amazing energy found in certain European markets, including the twin farming communities of Ambri and Piotta, two villages that combined have 500 residents but have remained in the NLA since 1985 and have a fascinating rivalry with the much larger club, HC Lugano, located some 35 miles south in Italian-speaking Switzerland. (I have covered a game in the picturesque lake town of Lugano – a 9-0 rout of the Rapperswil-Jona Lakers during the 2012 work stoppage in which Luca Sbisa and Patrice Bergeron played for Lugano, and Jason Spezza for Rapperswil-Jona.) Meanwhile, Matt Duchene, Max Pacioretty and Cory Schneider played for Ambri that year, which saw the team and head coach Kevin Constantine part ways early in the season.

4️⃣2️⃣ players have been named to the initial #TeamUSA roster for the 2018 World Junior Summer Showcase. Details: https://t.co/uCG0mp01zz#WJSS pic.twitter.com/VkDCKcLbuc

No surprise there; Anderson, a competitive defenseman with a good motor, totaled one assist and a plus-two rating in seven games while earning a bronze medal with the United States at last year’s World Junior Championship. A fourth round pick in 2017, he’ll return to defending champion Minnesota-Duluth as a sophomore after totaling five goals and 23 points in 39 games with the Bulldogs last season. Meanwhile, Los Angeles native Ivan Lodnia will get a call to the Summer Showcase camp. Before he moved to Southeastern Michigan, the 2017 third round pick of Minnesota was babysat by ne’er-do-well Kings blogger and former LA Kings Insider PumperNicholl. 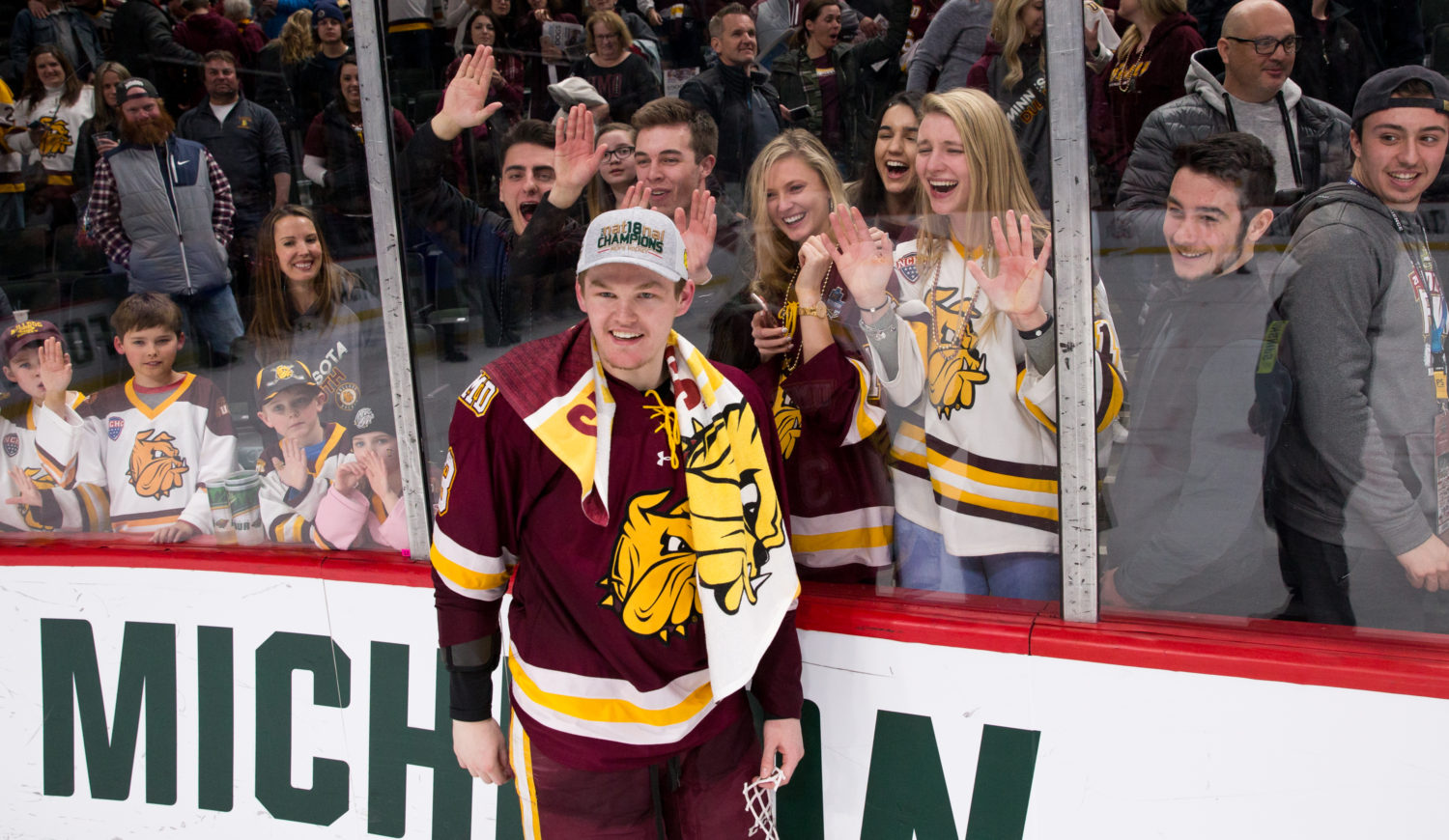