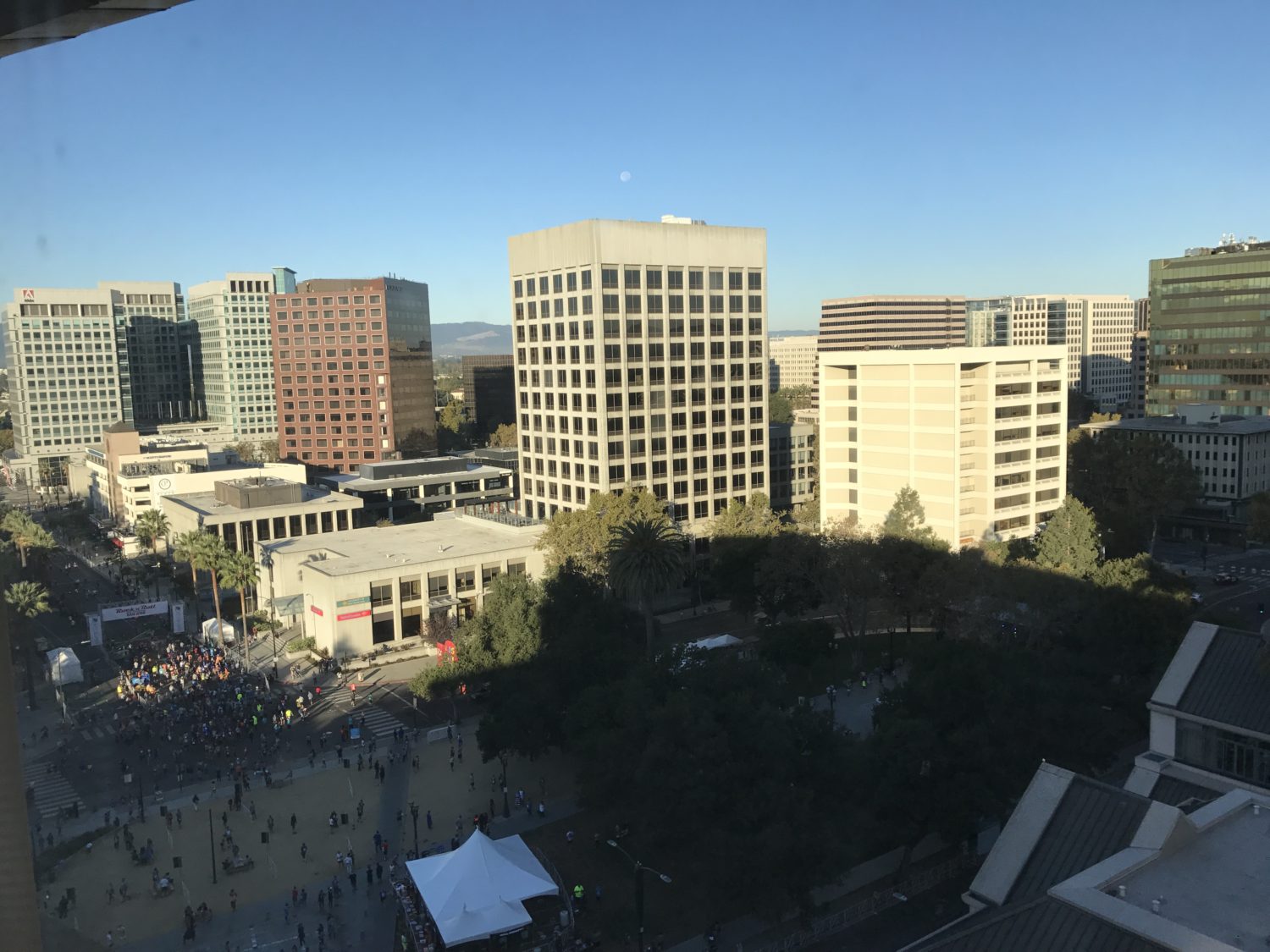 Breaking news! Today is the first day of the Rock ‘n’ Roll San Jose Half Marathon. The “Half Marathon” is all well and good, and, really, I don’t have much against the “San Jose” part. It’s the “Rock ‘n’ Roll” descriptor that has been a bit jarring, especially this full band cover of (Sittin’ On) The Dock of the Bay. It’s not bad, it’s just … not what would be expected at 8:30 in the morning. But those of us who remember FanimeCon prior to Game 6 of the 2013 playoff series between these teams understand that it is best to be prepared for anything to go down at Plaza de Cesar Chavez.

(I really wanted to link to The State‘s Sittin’ On the Dock of the Bay joke, but I have a feeling fewer than 3% of Insiders would’ve picked up on it, and, honestly, it wasn’t one of their best sketches.) Instead, here’s thoroughly entertaining video of the charter landing at SJC!

Actual news! I’m proud to share that Joey Zakrzewski has been chosen as the new Ontario Reign Insider, and Jessi McDonald as the LA Kings Insider Associate. Both were chosen from pools of over 150 applicants, and will do a wonderful job stepping in and continuing the terrific efforts, accountability and passion in reporting established by Lindsay Czarnecki, James Nicholson and Bo Hamby. As shared over the summer, Lindsay has been taking on a wider array of assignments for FS1 and FOX Sports, which has increased her travel; Bo, meanwhile, is in his first semester of journalism school at Columbia University. Somewhere, James has fully immersed himself in his one true passion: balloon animal art.

A message from Joey:

A hearty “how are ya,” hockey fans!

This season, I’m looking forward to sharing more stories and news on the Ontario Reign and this great game with you as we celebrate 10 years of pro hockey in the Inland Empire and the third season of AHL hockey.

Over the last two seasons, I have been honored to share my passion and love of storytelling and sports as the play-by-play voice of the Reign and enter my ninth full season as a broadcaster, digital media producer and occasional Dad-Joke teller. I started my journey in 2007 assisting with the Houston Aeros AHL club before departing to the Northwoods of Battle Creek, Michigan, the sandy, shrimp and gritsy shores of Charleston, South Carolina and now to Ontario, California.

I’m a Houston, Texas, native with family roots in Milwaukee, Wisconsin and was raised with skates on my feet, goalie glove on my left hand, baseball glove on my right and a football helmet strapped on tight. I enjoy playing and building my guitar collection, contributing to a museum-worthy American history, pop culture, music and sports memorabilia collection, frequent rock shows and movie premieres and will test the ol’ N64 console every now and again to make sure Starfox is still working.

So let’s grab a cup of Timmy’s, Duncan’s or your preferred brew and dive right in.

Born and raised in Culver City, I started following the Kings in 2008 after watching the Red Wings-Penguins Stanley Cup Final on TV and falling in love with the game of hockey.

In 2015, I graduated from UC Berkeley with a degree in Media Studies. During my time at Cal, I worked as a reporter for The Daily Californian covering women’s field hockey and men’s rugby.

My favorite Kings moments include watching the team win the Stanley Cup in 2012, and listening to Bob and Jim’s radio broadcast of the 2014 playoffs at 3 a.m. while living abroad in London.

When not watching or writing about sports, I enjoys spending time on the ice. I started playing hockey three years ago, and while I’m still holding out hope of playing in the NHL someday, in the meantime, I’m excited to join Jon and Joseph as a part of the LA Kings Insider team.

I’m excited to be working with these terrific individuals, but please bear with an early season acclimation process as both Joey and Jessi break in their new skates. Hey! It’s a game night. The Kings are scheduled to skate at the SAP Center ice at 11:30 a.m. There’s lots, lots more to come on a busy game day, Insiders. Enjoy your Saturday. 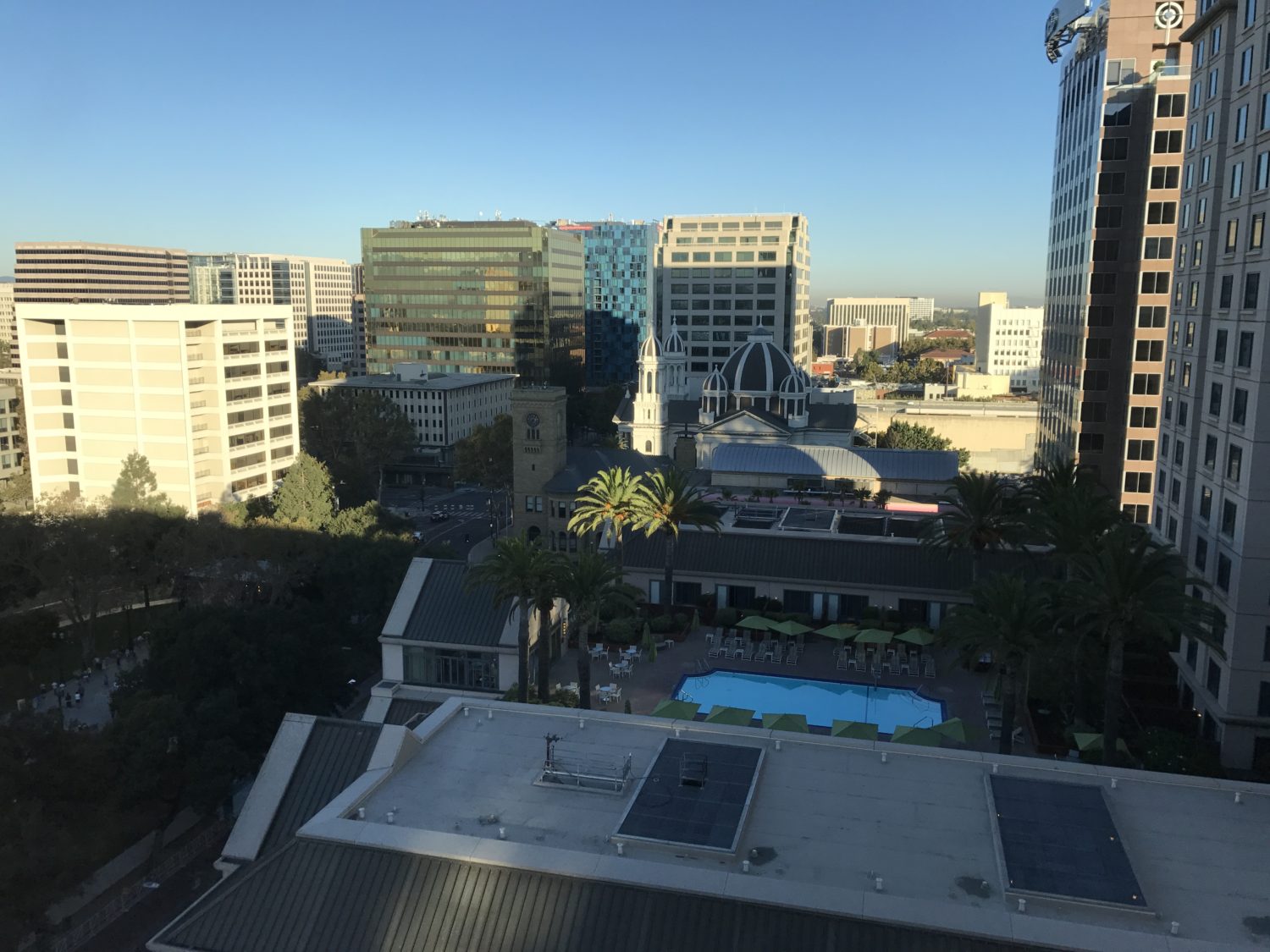