Good afternoon from El Segundo, Insiders. The Kings practiced at Toyota Sports Center at 10:00 on Wednesday morning and got a lot of work in. First, the forward lines:

-Jarome Iginla returned to practice and returned to his spot alongside Anze Kopitar and Marian Gaborik. Neither Nick Shore nor Jordan Nolan skated with the team. There were rush and flow-type drills, in-zone work and some special teams work, followed by another conditioning skate at the end. There wasn’t quite the same battle element as there had been on Monday, but it was another extended skate in advance of Thursday’s return to game action against Nashville.

-There are still a handful of active players remaining from the 1997 NHL Draft. Joe Thornton was drafted first, Patrick Marleau second. Roberto Luongo was selected fourth. Marian Hossa went 12th. Shawn Thornton went in the seventh round, Andrew Ference, who is technically still active, was selected one round later. One player who can officially be subtracted from that list, however, was taken third overall by the Los Angeles Kings. Olli Jokinen, who amassed 321 goals and 750 points in 1,231 games with the Kings, Islanders, Panthers, Coyotes, Flames, Rangers, Jets, Predators, Maple Leafs and Blues, announced his official retirement yesterday. He retires as a Florida Panther.

I met Olli late in his career while he played for Nashville and had long locks of hair that Bob Miller noted made him look like Thor. To get a sense of what he was like on those late-1990’s Kings teams, I spoke with Luc Robitaille just prior to this morning’s practice. “You could tell he was going to be a great player,” Robitaille said. “He had speed, he was strong, you know in those days he was one of the first new big kids that could really skate. We just could tell he was going to be good and to get Ziggy Palffy you had to give up a great player and we gave up Olli and I think it kind of shows the courage we had. I mean, everybody knew it was a great pick. It’s just for the Kings, you know, we got a great player and that’s what it costs sometimes. But you could clearly tell he was going to be a player, a difference-maker and he certainly was in Florida.”

Of course, Jokinen played only 72 games with the team – including at as an 18-year-old early in the 1997-98 season – before he was traded to the New York Islanders as part of a very good trade for the Kings that brought Ziggy Palffy and Bryan Smolinski to Los Angeles. As a teenager, what was Jokinen like around the room? “He was shy but yet he was fun,” Robitaille said. “You know, in those days he was learning the curve to be a pro. I remember Larry Robinson would have to talk to him, you know, but he learned quickly how to become a pro because early on he was having a little too much fun for an 18-year old. But over time he certainly became a real pro. And I remember, even by the time he left us, he was always ready for every game.”

-Tanner Pearson has already set career-highs in goals, points and shots on goal, and his current 15.2% shooting percentage is two and a half percentage points above the career percentage he entered the season with. These are all very good signs for a player who will turn 25 years old in August. Regarding his shooting accuracy, he spoke about his appreciated ability to hit the net. “I think that’s one of the things over the years you kind of bear down looking at because, personally, if I miss the net on one of those shots it’s being rimmed around and right back out of the zone so you kind of feel bad. If the defense did a good job breaking the puck out and you go across the goal line and rim the puck back out and start all over again so it’s one of those things that even if you hit the net, something can happen pretty quickly where it goes off the far pad and you look at Marty’s [Stanley Cup-winning] goal a couple years ago — Ty wide shot off the pad, nice little tap-in – so hitting the net is a big thing in this league.” More to come from Pearson, who is eligible to become a restricted free agent on July 1 if he and the team do not come to terms on a new contract by then.

–TSN has your updates from the GM meetings. There aren’t expected to be any wholesale changes in the game, but the general managers will recommend to the league’s Competition Committee that the option to take a time out after an icing is eliminated. The bye week will also be adjusted.

Bettman confirms new bye week configuration: all teams on bye over a two week period, half the league one week, other half other the week

More from the general managers meetings, via LeBrun.

-I’m saving several Darryl Sutter quotes for my Pearson article, but the Kings coach did speak about the team’s recent play. “Just score one more goal here and there. It seems like a long time ago now, but we beat Anaheim at home here, then we went on the road and played the two overtime games, so they’re all really close games, obviously, and then we had the shootout game against Toronto, so it’s a really close game, and the 4-3 game against Vancouver, so a really close game.” Seven of the team’s last nine games have been decided by one goal, and three total empty net goals were scored in the two that weren’t decided by one. 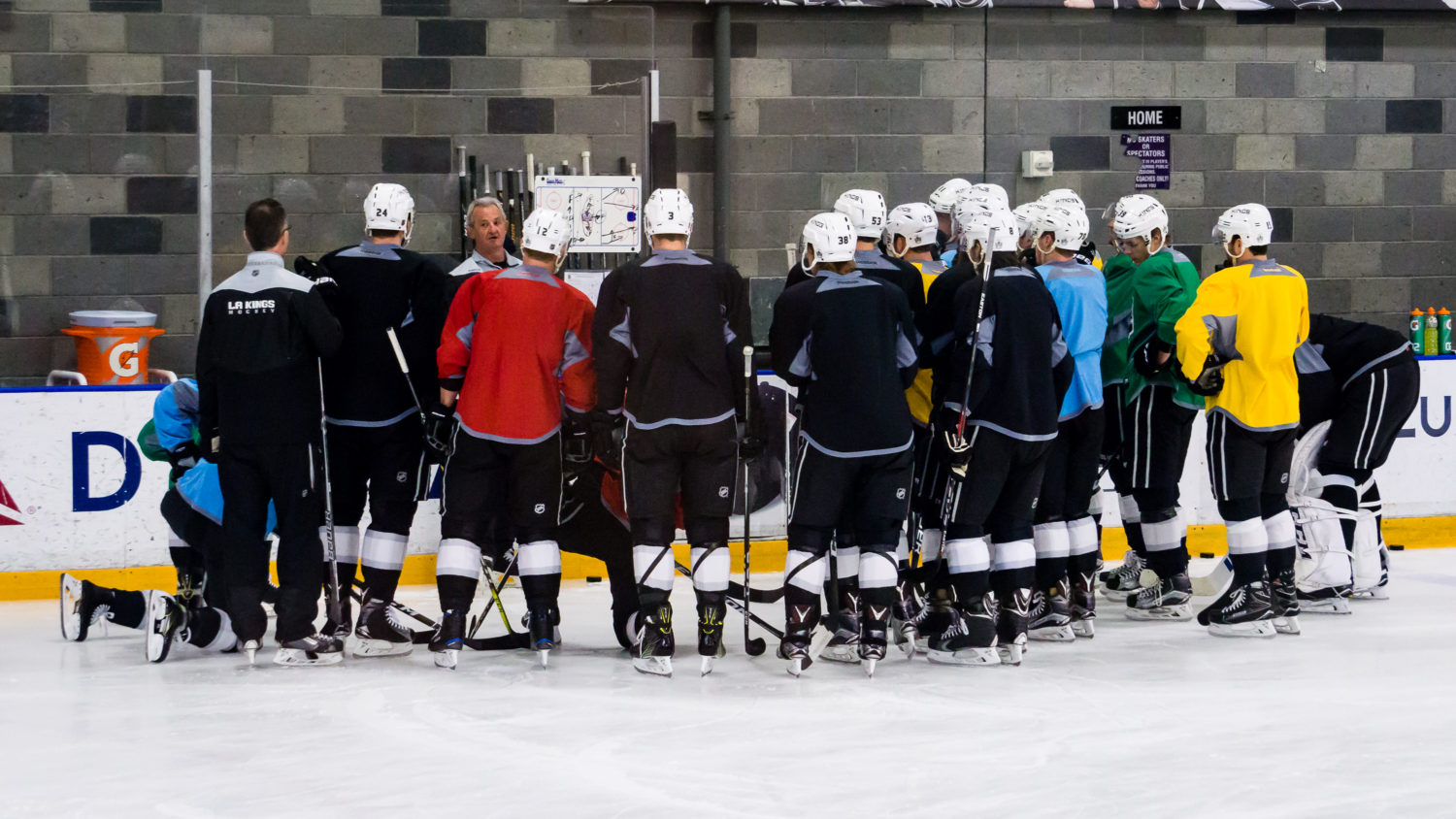 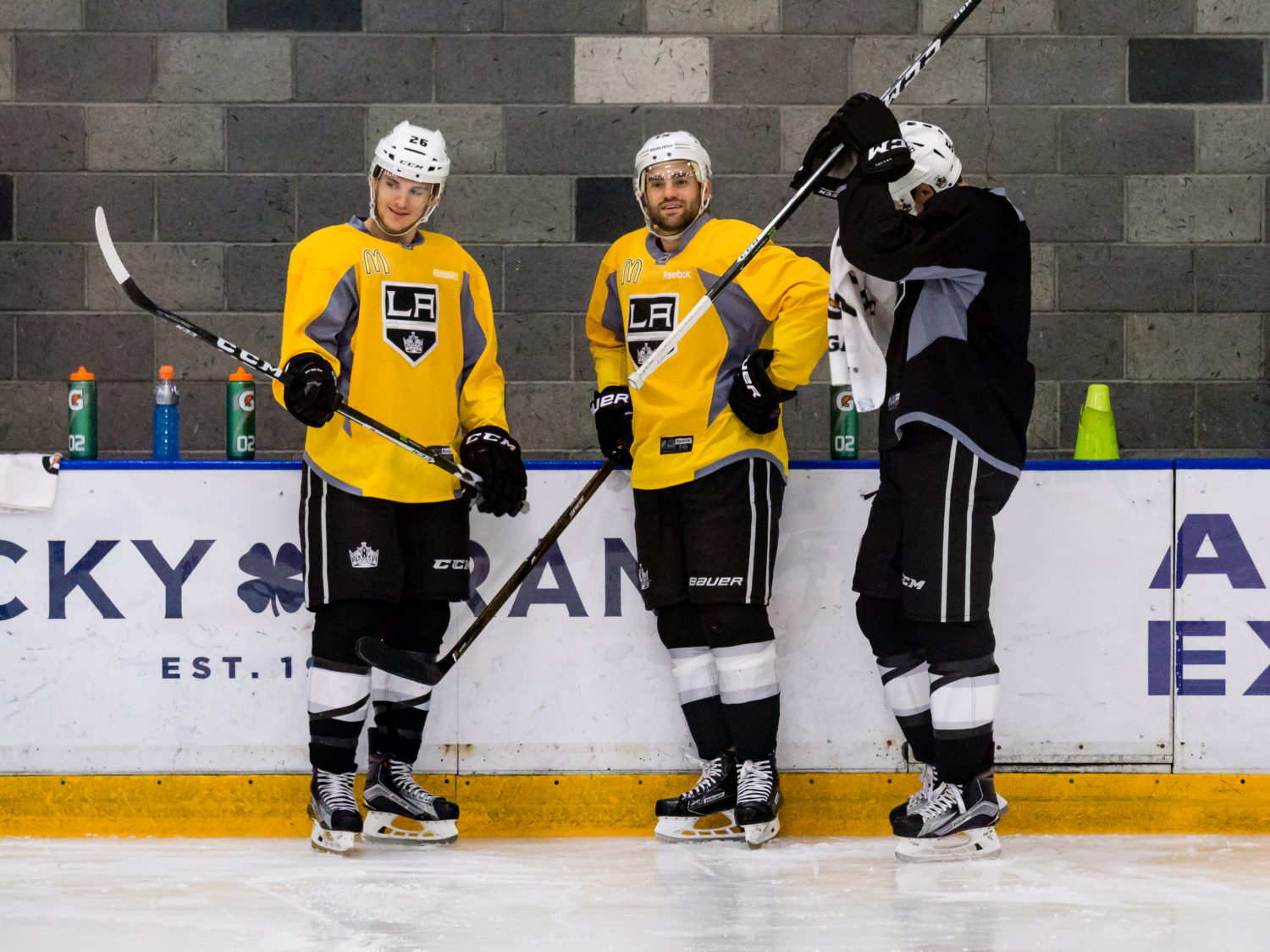 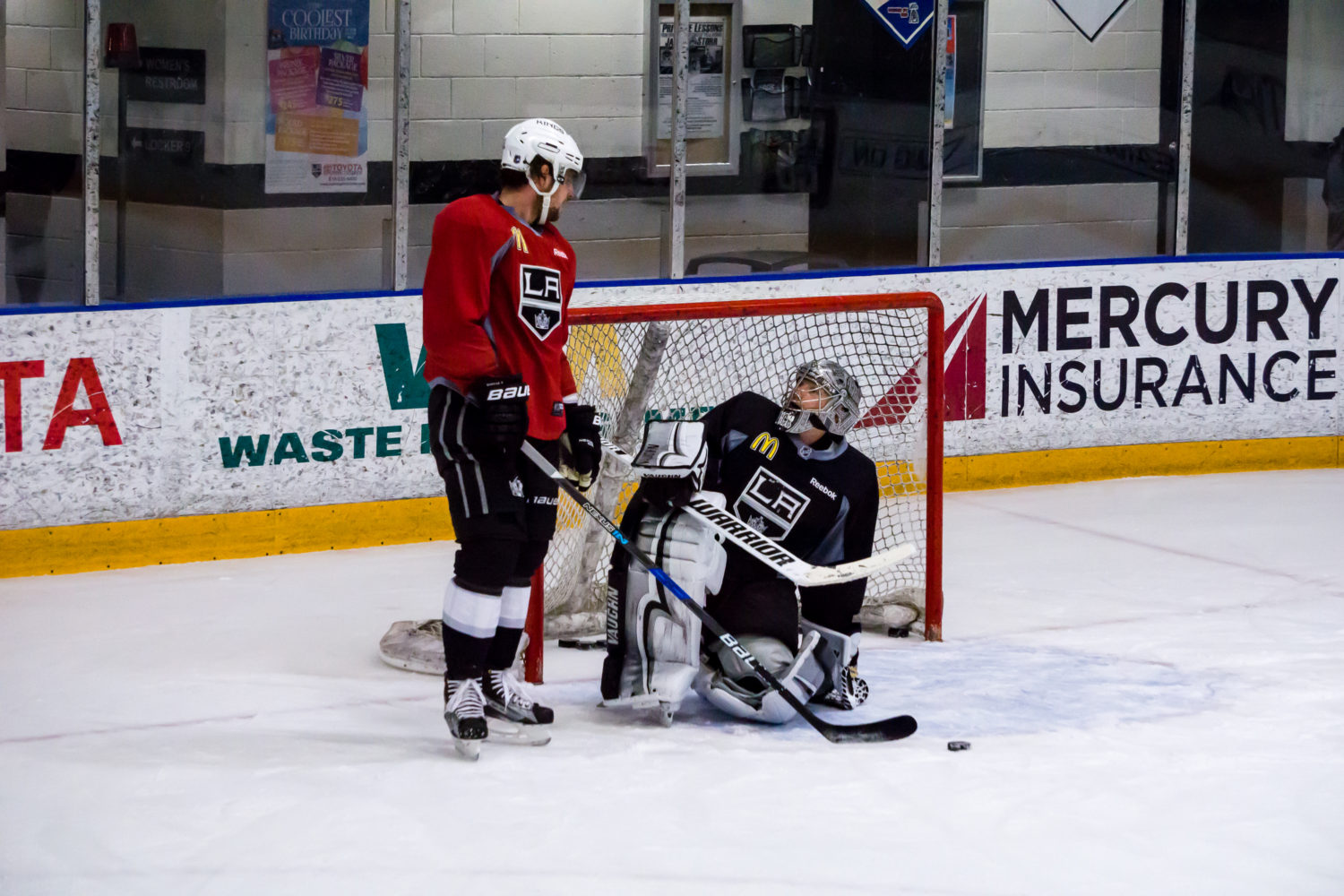 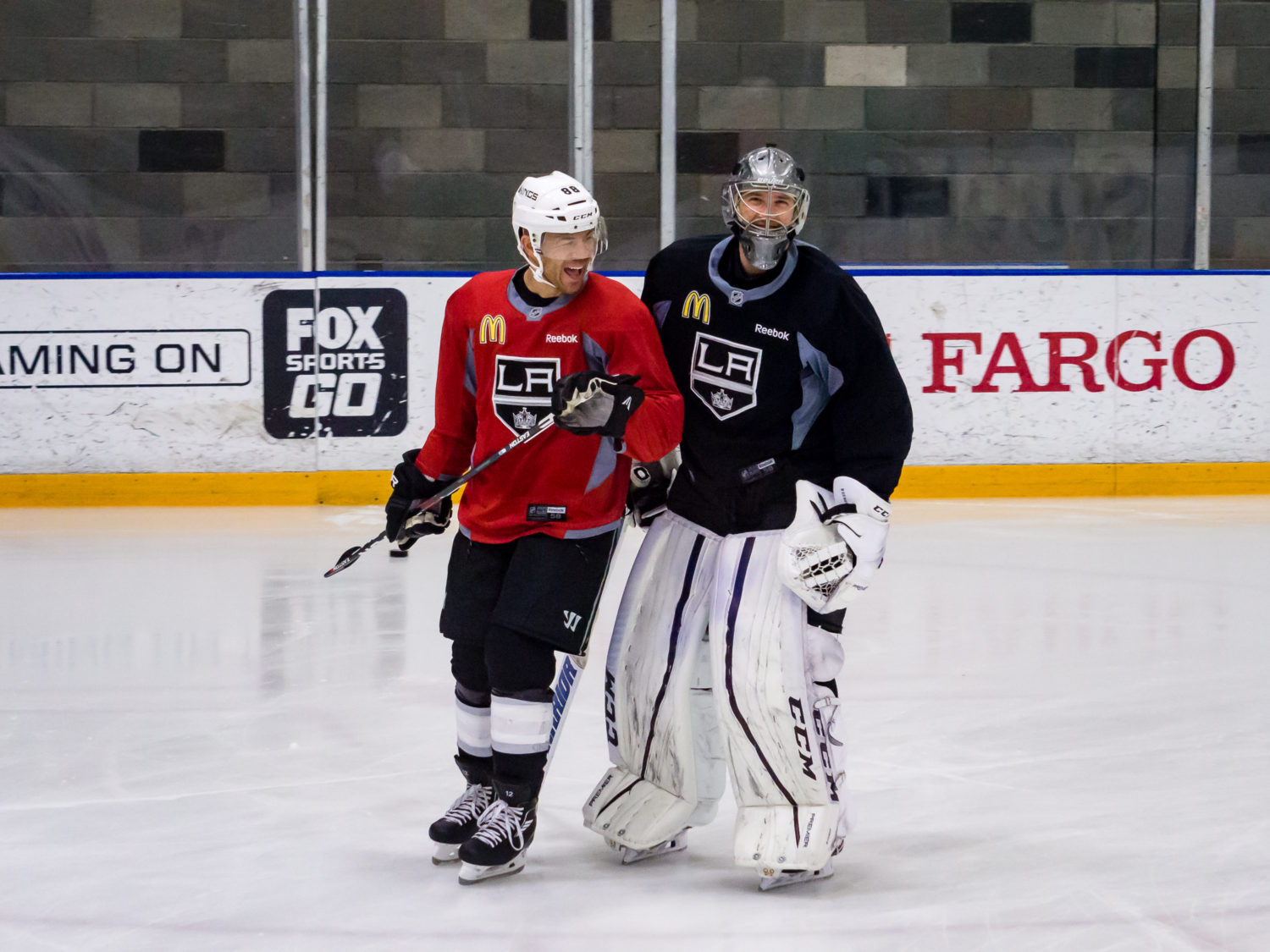 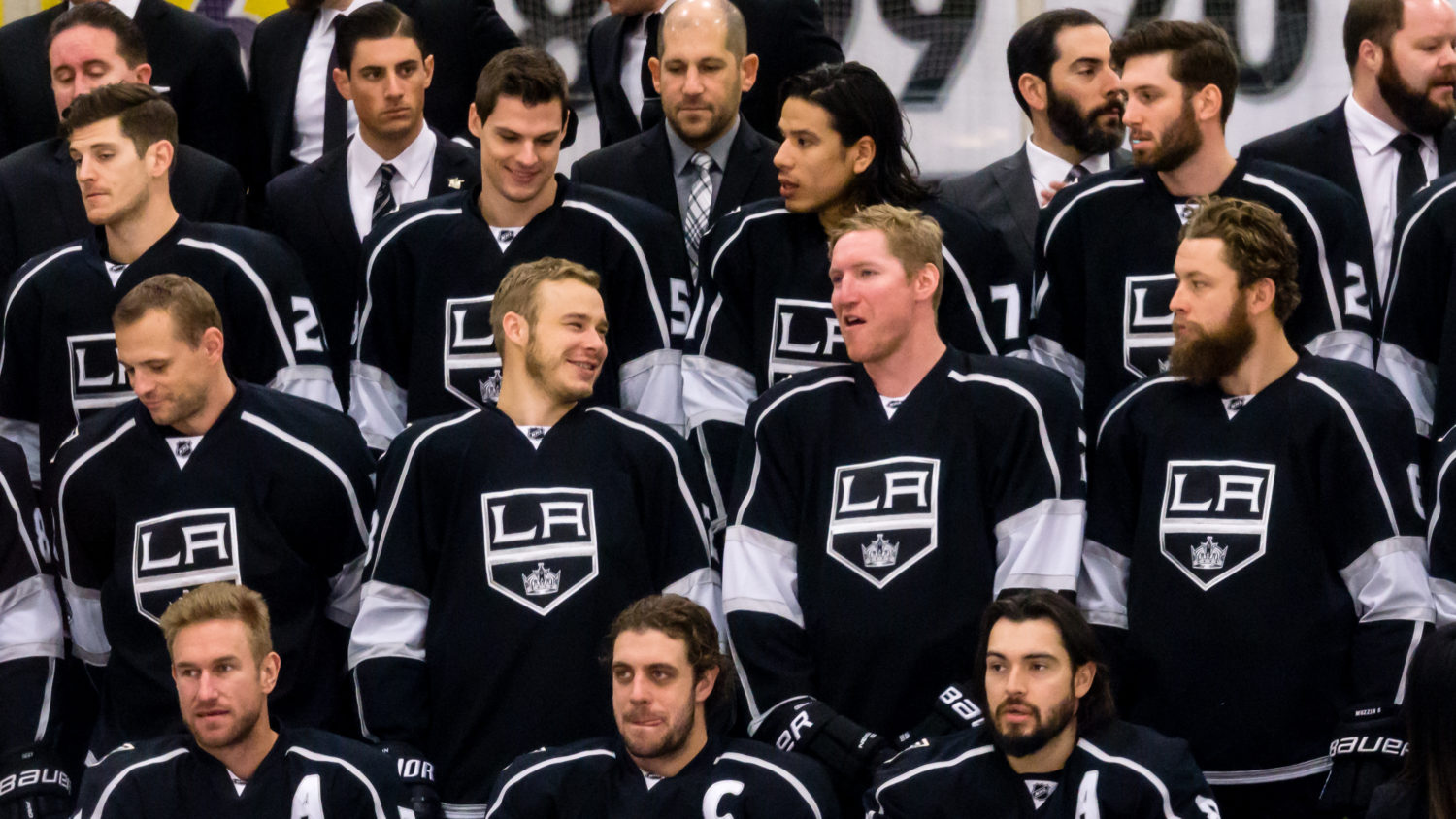