Good morning from El Segundo, Insiders. The Kings face the San Jose Sharks tonight at Staples Center (7:30 p.m. / NBCSN / KABC 790 / I Heart Radio), with Randy Hahn and Jim Fox calling the game and Bret Hedican working between the benches. It’s the series finale with the Sharks; Los Angeles is 2-2-0 and San Jose is 2-1-1 thus far, with three of the four games decided by one goal.

-The Kings’ skate was optional, so no line rushes were held. Jeff Zatkoff arrived on the ice at roughly 9:35 a.m. for a little bit of work with Bill Ranford and was followed shortly thereafter by Peter Budaj and Trevor Lewis. Budaj was the first goaltender off the ice and expected to draw the start versus the Sharks; because it was an optional skate, tonight’s lines and pairings will be revealed during warm-ups. (Click here for the lines shown at practice yesterday.) Matt Greene and Andy Andreoff remained on the ice for extra work with Zatkoff, so they might not play against San Jose. Tom Gilbert left the ice with the game group’s stragglers, so keep an eye on him to see if he takes the ice for warm-ups. Anze Kopitar participated and, based on yesterday’s rushes, is expected to be flanked at even strength by Marian Gaborik and Trevor Lewis. The skate was presided over by John Stevens, Davis Payne and Ranford.

-While the morning skate was winding down, Tyler Toffoli dressed and headed out “to get a feel for the ice” in his first post-practice skate since his injury, which he confirmed was suffered early in the game at Columbus on December 20. I spoke with Toffoli and will share some of his quotes; there is no timetable on any sort of return to the lineup, though Darryl Sutter did share that the preliminary timeline on his injury was three-to-six weeks. Today’s work simply represented the next step in his progression to return to game action and took place four weeks and one day since the injury. More to come.

–From Elliotte Friedman, in 30 Thoughts: “13. Speaking of heavy scouting, a couple of execs joked Colorado should buy a house in Ontario, Calif. — home of Los Angeles’s AHL affiliate. Undoubtedly, one of the players they are watching is defenceman Paul Ladue, in his first pro season after three years at North Dakota. I’ve had some guys saying the Kings won’t make him available, others disagreeing. But he’d be a Colorado target.” Again, as noted in radio appearances, television, on LAKI and in commenting, I’d be surprised if the Kings swung anything large-scale before the trade deadline. Any hypothetical “large” trade – again! Hypothetical! – is more likely to take place in June, given the flattened salary cap, the need to sign several important players bound for restricted free agency, expansion draft posturing and the minimal number of sellers at the moment, which raises the price on players with term. I would be less surprised to see the team target unrestricted free agents, but things evolve, obviously. This isn’t an exact science.

-Some Sharks news: Apparently Logan Couture has not made the trip down to Los Angeles, via Kevin Kurz. Couture, who leads all skaters in the season series with four goals and six points, blocked a Toby Enstrom shot with his hand in the third period of San Jose’s win over Winnipeg at SAP Center on Monday. The Sharks placed Joonas Donskoi on IR with an upper-body injury yesterday and recalled Ryan Carpenter and Barclay Goodrow, so it’s not an enormous surprise to learn of Couture’s ding-up. Via Kurz, San Jose forward lines were Karlsson-Thornton-Pavelski, Labanc-Marleau-Boedker, Meier-Tierney-Ward and Haley-Carpenter-Wingels.

DeBoer said Couture has a bit of a bug. Decided to keep him home. Absence not related to the blocked shot vs Jets #SJSharks

-More to come shortly, including Sutter quotes, the Toffoli report and, as promised, the words shared by Jari Kurri on Saturday. Enjoy your Wednesday, Insiders.

Practice video and photos by LAKI, who is not nearly as good of a photographer as Jon Bradley: 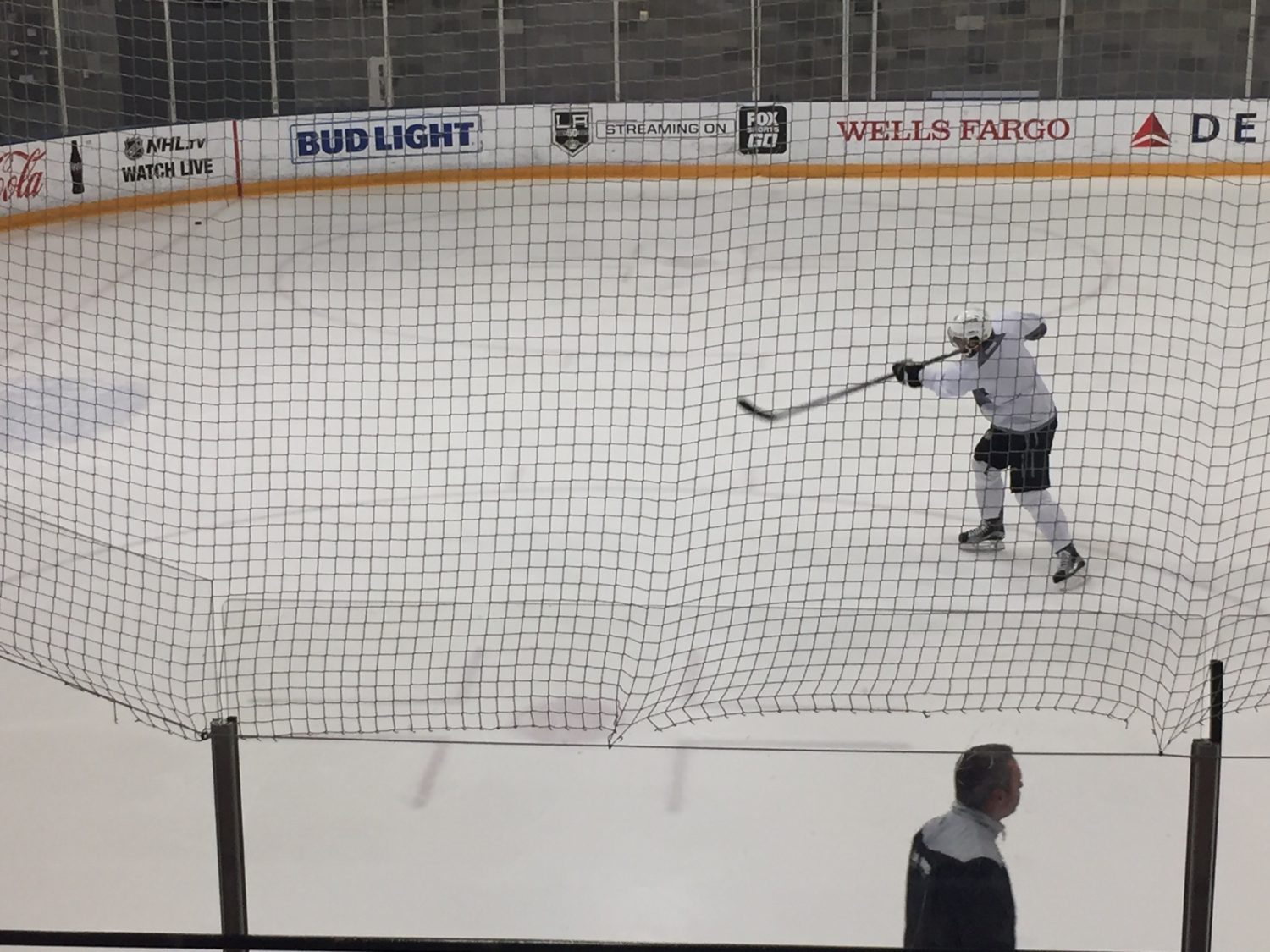 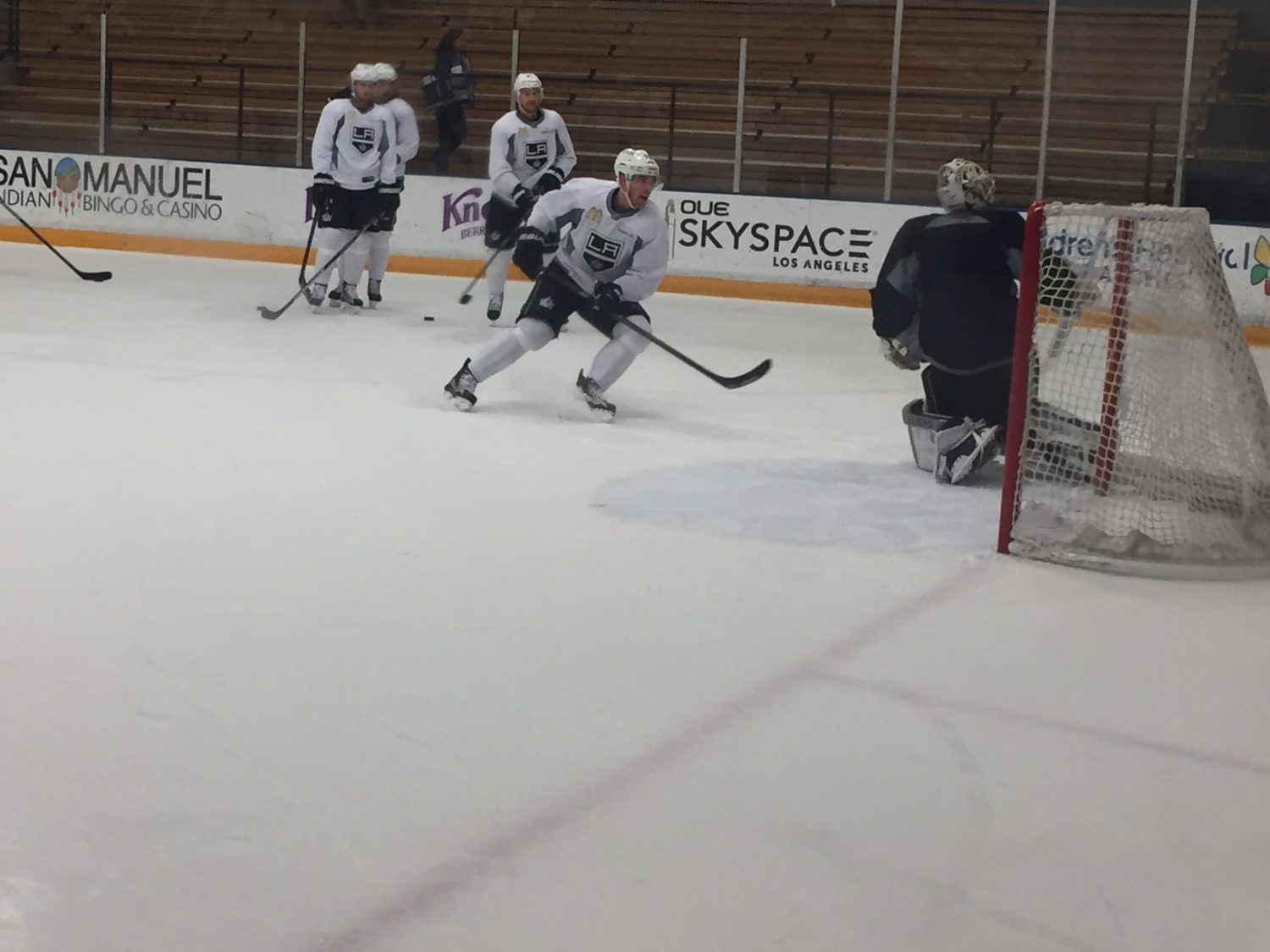 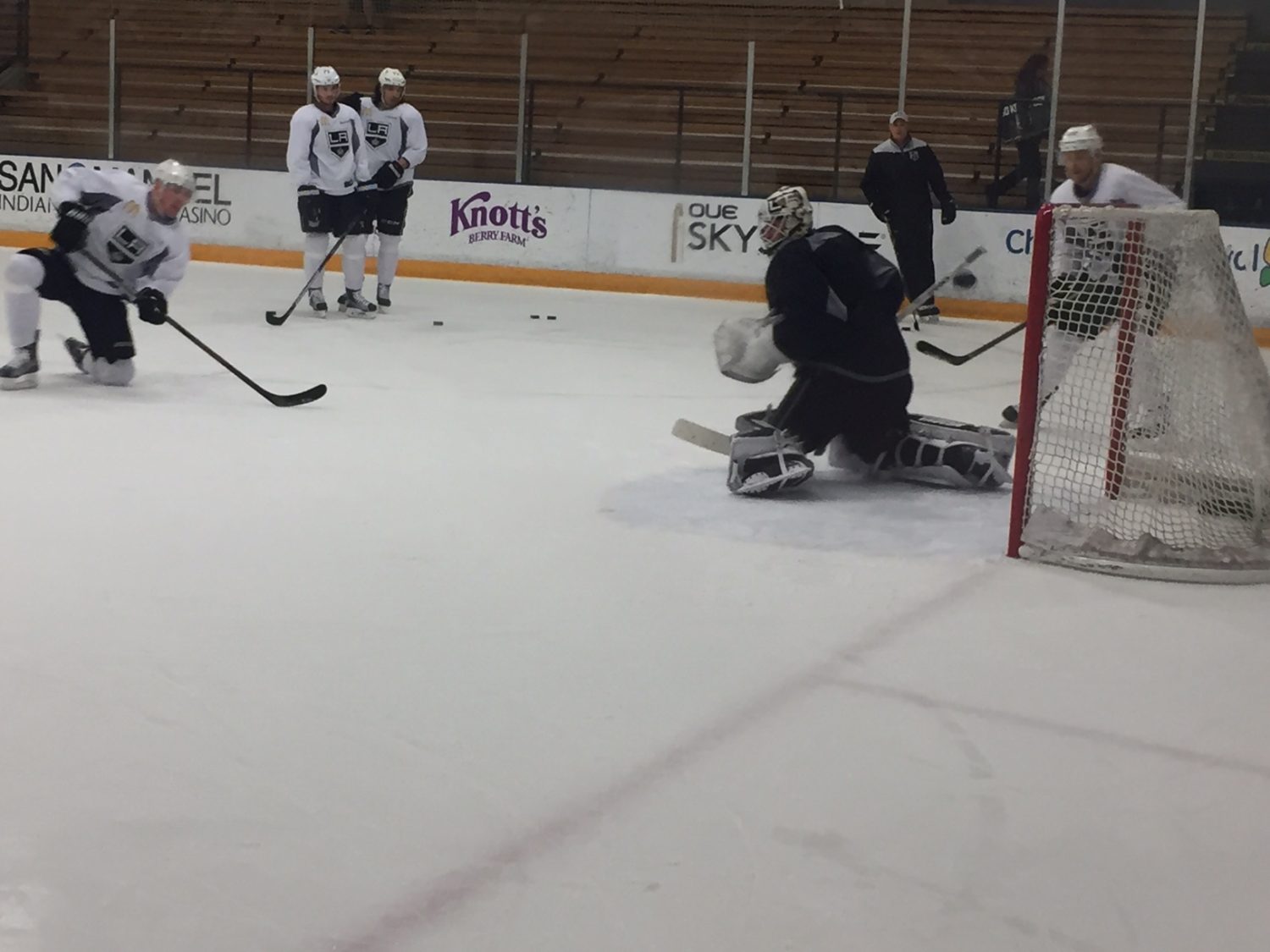