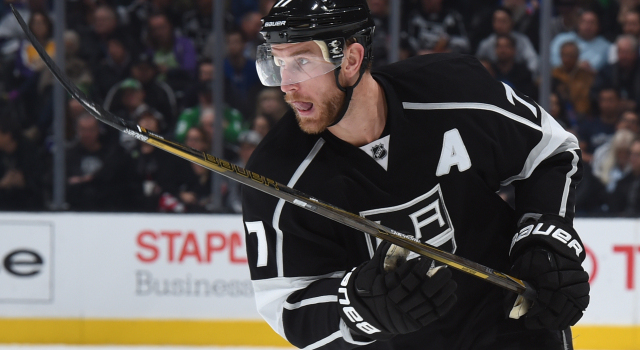 Hockey Canada named Jeff Carter’s replacement at the World Cup, announcing earlier today that Corey Perry would join the team in place of the Kings forward who suffered a lower-body injury during off-ice training and is “week-to-week,” according to a source.

You probably don’t care about this, but Perry totaled four goals between Canada’s 2010 and 2014 Olympic gold medal campaigns. He’s a three-time participant at the World Championship and was a member of Canada’s highly regarded 2005 World Junior Championship team, where he won a gold medal alongside Carter. The official release is here, but there are better things to do with your time the Friday afternoon of Labor Day Weekend.

In case you were wondering, no, Jake Muzzin won’t be able to retain his #6 with Shea Weber on the team. With Steven Stamkos wearing 91, Tyler Seguin chose 19 as Jonathan Toews will wear 16, his international number. Sidney Crosby will captain the team, with Toews and Weber serving as alternates.

For the rest of the Kings, all is right in the world. Jonathan Quick will wear 32 with the United States, while Anze Kopitar will wear 11 and Marian Gaborik 12 for Team Europe. Camps open Sunday and Monday.

In Olympic qualifying, Anze Kopitar registered an assist as Slovenia shut out Denmark 3-0, and Belarus erased a two-goal deficit to defeat Poland, 5-3, setting up a winner-take-all game between the Slovenians and the Dave Lewis-coached Belarusians on Sunday in Minsk. The game starts at 7:00 a.m. PT Sunday morning; to stream it live, follow this link.