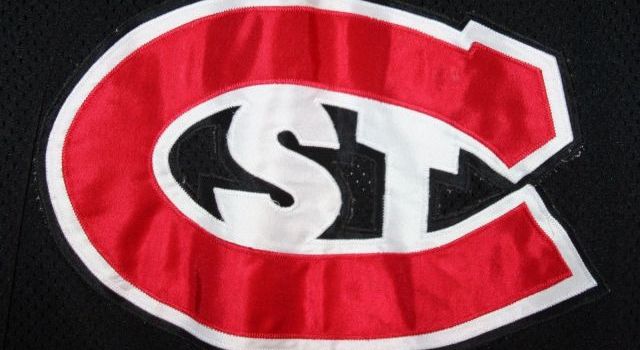 Director of Amateur Scouting Mark Yannetti, on Mike Eyssimont’s package:
Skil. Skill, skill, skill, skill, skill, skill. Goalscoring touch, good hockey IQ, skating. Maybe a shade undersized. He’s not quite like Nic Dowd – Nic crossed developmental age as a whole lot younger [Ed: later?], and just standing next to him, you see it. So Mike is a little bit like that, as well.

Yannetti, on drafting another player out of St. Cloud State:
I don’t know if it’s a latent, subconscious thing that we’re drawn to, or if it’s just absolute lightning strike. The other thing, too, and this is more serious, we’ve obviously had success with kids there, and they obviously develop kids there. They’re a winning program. Some of the intangibles that you want these kids to have to deal with, in terms of having to win, pressure to win, and the ability to be in a situation to win – there’s a reason a lot of guys get picked from North Dakota, too. There’s a reason a lot of guys get picked from BU traditionally, and BC. Again, there are factors that do play into it. We’re comfortable, and they’re now a preeminent program in college hockey.