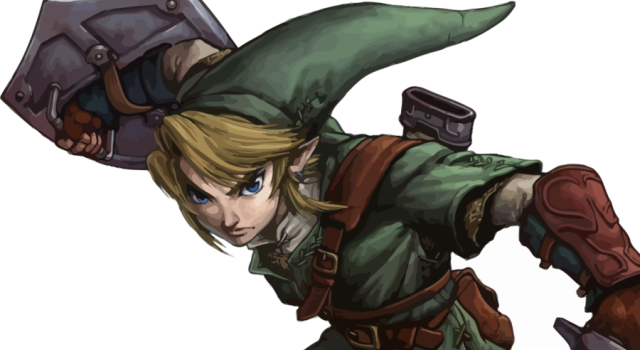 First, make sure to support Peace Over Violence’s Denim Day, a sexual violence and prevention educational campaign. Men and women are asked to wear jeans “with a purpose” to support survivors and educate themselves and others about sexual assault. Kings Care is hosting a silent auction of denim-themed Kings jerseys, with proceeds benefiting Peace Over Violence. Click here to bid on jerseys, and follow this link to learn more about Peace Over Violence. The jersey auction ends at 3:00 p.m. on Thursday.

Sticking with Kings related stories, yesterday was the 15-year anniversary of Jaroslav Modry’s overtime game-winner in Game 1 of the Kings’ 2001 second round series against the Colorado Avalanche. That makes Thursday the 15-year anniversary of Ray Bourque swatting Glen Murray’s shorthanded bid in Game 2 out of mid-air, setting up Ville Niemenen’s goal moments later. Colorado ultimately won the series in seven games, took out St. Louis in the Western Conference Final in five games, and in the Stanley Cup Final erased a three-two series deficit to win Game 7 at the Pepsi Center. Teams advance for a reason, but the Kings were closer to contending for a Stanley Cup in 2001 than outside observers may remember.

-The Ontario Reign are tied at one game apiece in their first round, best-of-five series against the San Jose Barracuda, and it appears Michael Amadio will make his professional debut on Thursday night. From Reign Insider: Defense seeks sharpened play after Game 2 miscues | April 26 practice notes: Amadio in? Sutter misses another day

-From the LA Times: Milan Lucic says it again: He wants to return to the Kings | Shaky defense was Kings’ undoing in the playoffs, and fixing it could prove difficult for GM Dean Lombardi

-It sure sounds like Willie Mitchell is hanging up the skates, Kings fans. From an AP story hosted by ESPN.com:

The Florida Panthers don’t expect their captain to be back next season, and one of his closest friends on the team essentially revealed Tuesday that he thinks Mitchell’s career is over. Mitchell missed the final 42 games of this season largely over concern what another brain injury would mean to his long-term health, and it’s been expected for weeks that this season would be the finale.

“Willie’s been a consummate professional,” Panthers general manager Dale Tallon said. “He’s been a great captain. He’s won Stanley Cups. He’s given his body and soul to the game. It’s hard. … It’s never easy and I’ll give him all the support he can get.”

It bears noting that no one in the organization came out Tuesday and flatly said that Mitchell is retiring, but the inference was obvious from many. Tallon said he and Mitchell will sit down and talk about several options for his future.

“When I first talked to him and found out what was going on with him, we got a good cry,” said Panthers defenseman Aaron Ekblad, an All-Star in each of his two NHL seasons to date. “It’s a tough thing for a player. Everyone experiences it at some point, that point where you can’t play anymore. … Willie’s really lucky to have had such a great career and do so many great things.”

Were he to hang up his skates, he would join Colin Fraser, Simon Gagne, Kevin Westgarth and Dustin Penner as players whose names were engraved on the Stanley Cup in 2012 to transition past their playing days. (Fraser and Gagne officially announced their retirements, while Westgarth accepted a position with the league, and Penner has segued into a career as a touring DJ under the name Pendemic and is an EDM enthusiast. Those who won in 2012 and remain with the Kings are Dustin Brown, Jeff Carter, Kyle Clifford, Drew Doughty, Matt Greene, Dwight King, Anze Kopitar, Trevor Lewis, Alec Martinez, Jordan Nolan and Jonathan Quick.

Here’s all the best to Mitchell, a highly popular player in the dressing room, amongst the Kings’ staff and local and national media. Should he retire, he will have outlasted AXE, among his favorite Venice restaurants, by a good 18 months. In 907 regular season games, Mitchell has posted 34 goals, 180 points and an impressive +119 rating.

–Awful Announcing ranked all 30 television broadcast teams in the NHL, and the Kings are looking down at 29 other teams. There’s not bad analysis here, and they pretty much nailed the top ten. It’s good to see the respect that excellent broadcast teams in San Jose, Dallas, Carolina, Ottawa and Detroit received appropriate recognition. In Ottawa: Gord Miller, Chris Cuthbert, Ray Ferraro and Jamie McLennan provide accounts of that game. That’s an excellent consortium. I kind of wish that Ray Ferraro would go into hockey operations (he won’t) with the Kings (again, a dream) just to be able to hear his humor and outstanding articulation of league topics and current events.

LA Kings analyst Jim Fox: I like the physicality.

Play-by-play announcer Bob Miller: That's because you're up here.

–A new NHL 17 trailer came out, and it contains hints towards the ability to relocate teams and construct brand new arenas. The gameplay in the NHL series is top notch, like FIFA, but darn it, start calling more penalties on the opposition if half of my stick checks result in tripping minors. GOT IT, EA?

–The New Yorker tackles officiating bias in the Stanley Cup Playoffs, and it’s a good read.

The N.H.L. is no exception to this rule. A study of every game played in the 2007–08 season, for instance, found that away teams received ten per cent more penalties than home teams did. And in the 2011 book “Scorecasting,” L. Jon Wertheim and Tobias Moskowitz write that, on average, the home-team bias in hockey officiating, which leads officials to give home teams more time on the power play, is worth .25 goals per game. Indeed, the authors argue that home-ice advantage in the N.H.L.—where home teams win about fifty-six per cent of all games—is almost entirely due to biased officiating.

Elsewhere: Stace_ofbase eulogizes the Kings (Puck Daddy) | The Kings face some big decisions (Sporting News) | Did the Kings have the balance? (HockeyBuzz) | Dusty Imoo on goaltending prospects and his own career (Jewels from the Crown)