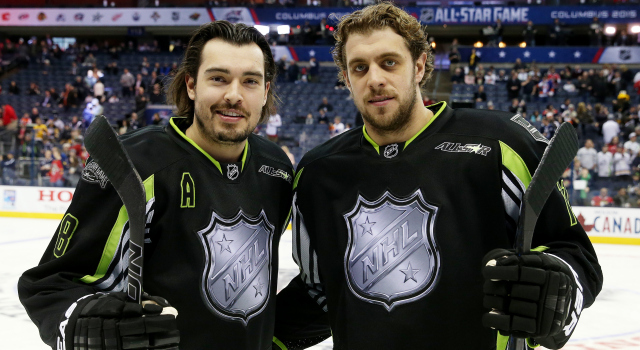 The NHL and NHLPA announced Wednesday a new format for this year’s All-Star Game, which will be held at Bridgestone Arena in Nashville on January 31.

Influenced by the popularity of the league’s new three-on-three overtime format, this year’s All-Star Game will feature three 20-minute three-on-three games in which teams will be separated by division. After the Pacific Division faces the Central Division and the Atlantic Division squares off against the Metropolitan Division, the tournament final will be contested by the winners of the two semifinal games. Each divisional team will be comprised of 11 players: six forwards, three defensemen and two goalies.

Fans will select one player from each division, without regard for position, in the 2016 NHL All-Star Fan Vote. The players voted in by the fans will also be named captains of their respective team.

The remaining 40 all-stars will be named by the NHL Hockey Operations Department. There will be at least one representative from all 30 teams.

So, good luck, Jonathan Quick, who at this point would be a favorite to be named to the Pacific Division team. You’re going to face a team in the first round that very well may be comprised of a combination of Patrick Kane, Jonathan Toews, Vladimir Tarasenko, Jamie Benn, Tyler Seguin and Nathan MacKinnon, barring injuries or unforeseen complications. To quote Sean McIndoe of ESPN.com, “The Pacific looks like the weakest division on paper, but it will be fun to see Quick face more scoring chances on the opening shift than he usually sees in a full game in L.A.”

More on the format and projected rosters from Yahoo!, ESPN.com, TSN.ca, SB Nation and The Globe and Mail.

NHLPA tells me that there will be Friday night All-Star Weekend TV event involving players, replacing fantasy draft. No details yet. #NHL