There has been speculation that Washington would be a good fit for Williams, so the only surprise in this evening’s news is that the dollar figure in his contract was a touch on the low side. Still, it fit in with today’s signings; other than the Oilers inking Andrej Sekera for six years and $33M, there was no excessive term or truckloads of cash thrown at free agents.

Though the Kings tried to work something out with Williams, per LeBrun, the salary cap pinch simply got in the way. Los Angeles has $63.3-million allotted to 18 players for the 2015-16 season – numbers that do not reflect Mike Richards’ or Slava Voynov’s contracts – though they will still need to sign up to five players (Jordan Weal, Nick Shore and Andy Andreoff are among the RFA crop) and fit them under $71.4M while leaving some flexibility in the event Voynov returns from his separate team-imposed and league-imposed suspensions.

Though the departure of the three-time Stanley Cup winner and 2014 Conn Smythe Trophy winner will be difficult to digest for Kings fans, throughout the season it was always expected to be an uphill battle to retain the 33-year-old amidst a market in which there would be multiple teams bidding for his services and his postseason credentials would solicit offers from motivated, contending teams. Again, this is the cyclical nature of weathering the inevitable gravity towards parity caused by the salary cap.

There are so many terrific memories the team and its fans have of Williams, who you’d have to think would be honored with a Legends Night or ceremony of appreciation at Staples Center after the conclusion of his playing days. There was, of course, the overtime goal in Game 1 against the New York Rangers, the opening goal that set the tone on the Game 7 rout at Anaheim, and the two goals in Los Angeles’ narrow Game 7 win over San Jose in 2013, to name a few. Appreciated by his teammates, the coaching, training and equipment staffs, the media and those in business operations and beyond, Williams has always been thoughtful and helpful and at every step a true professional. Since his 2009 acquisition from Carolina as part of a three-team trade that saw the Kings exchange Patrick O’Sullivan and a second round draft pick for his services, Williams represented one of Dean Lombardi’s most emphatic and clear hits in the trading market as a productive and veteran franchise pillar who regularly tilted the ice towards the attacking end and was hugely responsible along with his teammates in the formation of a team identity and culture. His fingerprints are all over the Kings’ two Cups. 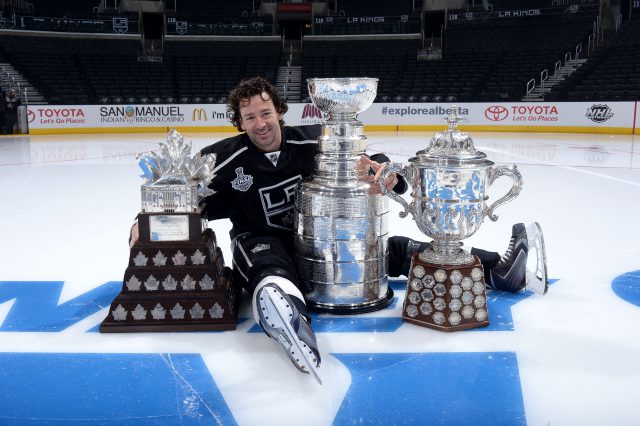