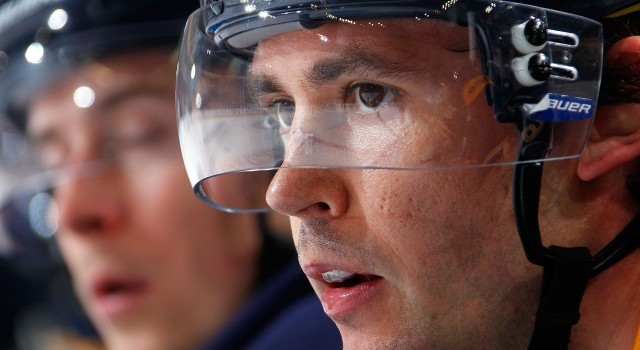 26-year-old defenseman Jamie McBain, who signed a PTO and recorded three points (1-2=3) in five games with the Manchester Monarchs, practiced with the Kings today and could ultimately sign with the club, though there are no open roster spots with the team at the moment.

McBain, a puck-moving blueliner with NHL experience, has appeared in 275 games with Carolina and Buffalo since the 2009-10 season. He is coming off a two-year, $3.6M contract signed with the Hurricanes prior to the 2012-13 season. A University of Wisconsin product, McBain appeared in two World Junior Championship tournaments with the United States and totaled 30 points with the Hurricanes in 2010-11, his most productive NHL season. McBain attended Arizona’s camp on a PTO but did not sign; he also had an opportunity to play with KHL-Omsk.

I’ve been told that Regehr’s injury isn’t seen as any long-term complication, and that no decision has been made yet whether to place the veteran on injured reserve. The move to bring in McBain could also be tied to the uncertainty over Slava Voynov’s indefinite suspension. Both McBain and Voynov are righthanded shooters.

The Kings utilized only five defensemen in Saturday’s 5-1 win over Vancouver, so expect some movement in personnel issues in the near future.

I’ll have more on McBain following practice; the team has already begun to leave the ice.