I Was There #5: Banner raising ceremony - LA Kings Insider

I Was There #5: Banner raising ceremony 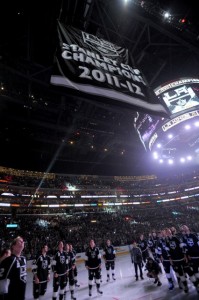 I Was There #5: Banner raising ceremony

On January 5 I woke up early to watch the United States and Sweden compete for the gold medal at the World Junior Championships, thrilled that there was competitive hockey to watch three and a half months into the prolonged NHL lockout. I had covered an Ontario Reign game the previous night.

Exactly two weeks later, I practically floated into Staples Center to cover hockey and the long anticipated ceremony that included this:

The entire banner-raising ceremony can be watched here.

Lasting impact: Extremely high. To watch a franchise raise its first banner is a once-in-a-lifetime opportunity, and there’s no hyperbole there. That Los Angeles lost 5-2 that afternoon is irrelevant. The ceremony emphasized the franchise’s pinnacle achievement in contrast to the many lows that had been embedded in Kings fandom for the previous 44 years, and the memory of this ceremony will forever remain with everyone who was there. I walked downstairs to the section that my dad and my cousin were sitting in, and though every seat was taken, I was right there with them, watching their excitement as the Cup was raised once again on the Stanley Cup ice before the banner was lifted to the rafters. I’ll never forget that. 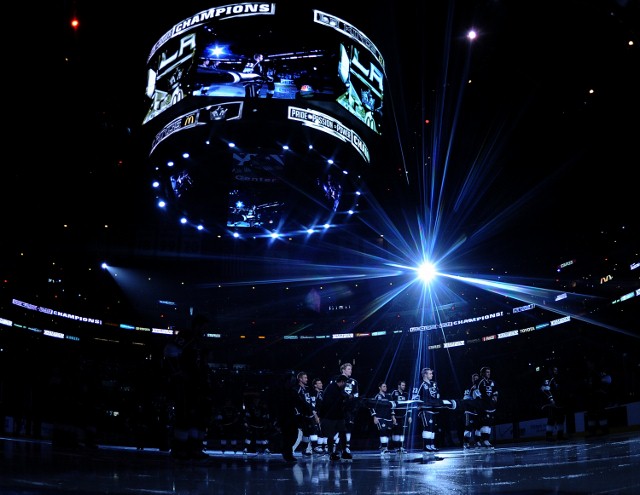