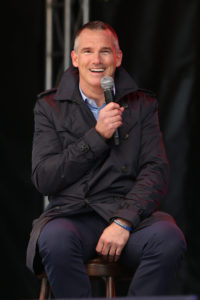 Pierre Turgeon, the first overall pick from 1987 who completed a 1,294-game career in 2006-07 with 515 goals and 1,327 points, has been hired as an assistant to complete Head Coach John Stevens’s staff. As would be expected, there will be an offensive bent in his focus.

“We are thrilled to bring Pierre Turgeon aboard to join John Stevens and our coaching staff. For the first time in LA Kings history we will have one coach strictly dedicated to an ‘Offensive Coordinator’ role,” Kings President Luc Robitaille said in a statement.

Turgeon doesn’t have NHL coaching experience, but with his tenure and accomplishments – the five-time All-Star ranks 21st all-time in power play goals and 32nd all-time in total points – should have the hearts, minds and ears of a group that will have to improve upon last season’s 2.43 goals per game if they are to successfully challenge for a playoff berth in 2017-18. From the earliest stages of the off-season the Kings made clear that they would have to improve their offensive output, and this represents the latest demonstration of such efforts.

“Pierre had great success as a player and has a tremendous hockey background on the whole. He is a person who brings a lot of energy, passion and insight to the job along with a great deal of enthusiasm about the game, Stevens said in a statement. “We look forward to him adding to our team, and to our staff, a real team perspective from a person who was a high-end player, especially in the offensive zone. We have talked a lot during the process of building a coaching staff regarding the qualities of the people we wanted to bring aboard. We feel strongly that Pierre will help compliment myself, Dave Lowry, Don Nachbaur and Bill Ranford and we are together looking forward to the start of the season.”

Last month, GM Rob Blake said that the team would explore “different options” to round out the coaching staff and noted that it would consider an “eye in the sky” assistant position. (Ranford, the team’s goaltending coach, has watched games from upstairs.) Should there be any additional details shared on the structure or nature of Turgeon’s position or thrust, they’ll be posted here.

Two Saturdays ago the team signed free agent winger Mike Cammalleri, who should be expected to compete to play alongside Anze Kopitar in a scoring role. But it’s also clear that a good portion of the offense the team will have to make up will need to come from within. Tyler Toffoli battled through injury in a down season but is a safe bet to bounce back with a productive year, while Kopitar also seems likely to improve significantly from his 12-goal, 52-point 2016-17 quagmire.

The Kings believe that much can be gained by taking in Turgeon’s playmaking ability and offensive zone prowess, and especially in the poise exuded by the 19-year NHL veteran. With the club exploring ways to enhance its offense by looking inward – the team has placed an added focus on players capable of passing the puck into high-danger areas and generating production off controlled zone entries – Turgeon’s hiring is an extension of those efforts that does not affect the salary cap.

A winner of the Lady Byng Memorial Trophy and the captain of the Montreal Canadiens when the Habs moved out of The Forum and into Bell Centre (née Molson Centre), Turgeon played for teams that qualified for the playoffs in 15 of his 19 seasons and scored the game-tying power play goal on Jamie Storr during St. Louis’ third period comeback in the Kings’ first round, Game 3 loss to the Blues at The Great Western Forum on April 27, 1998. 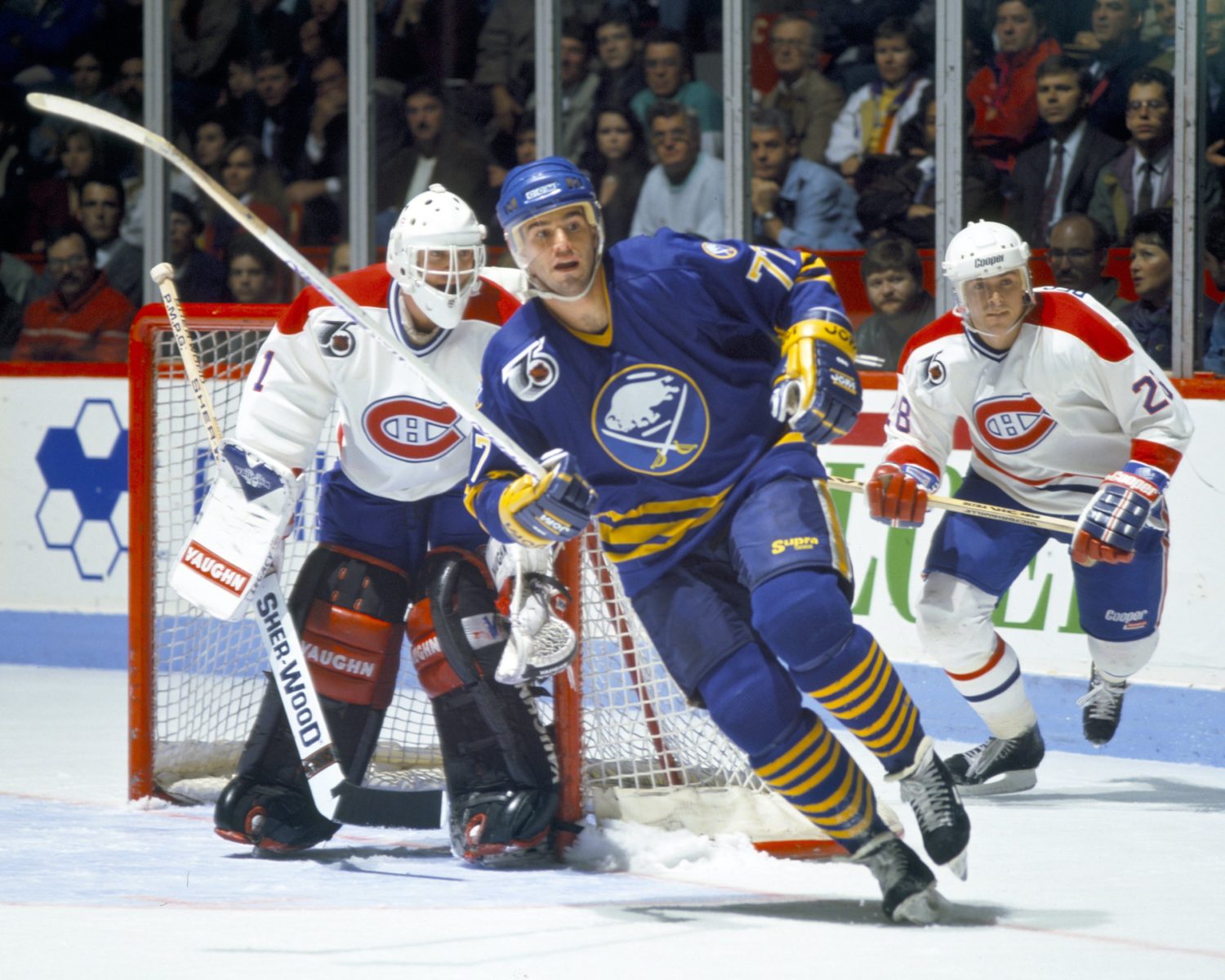 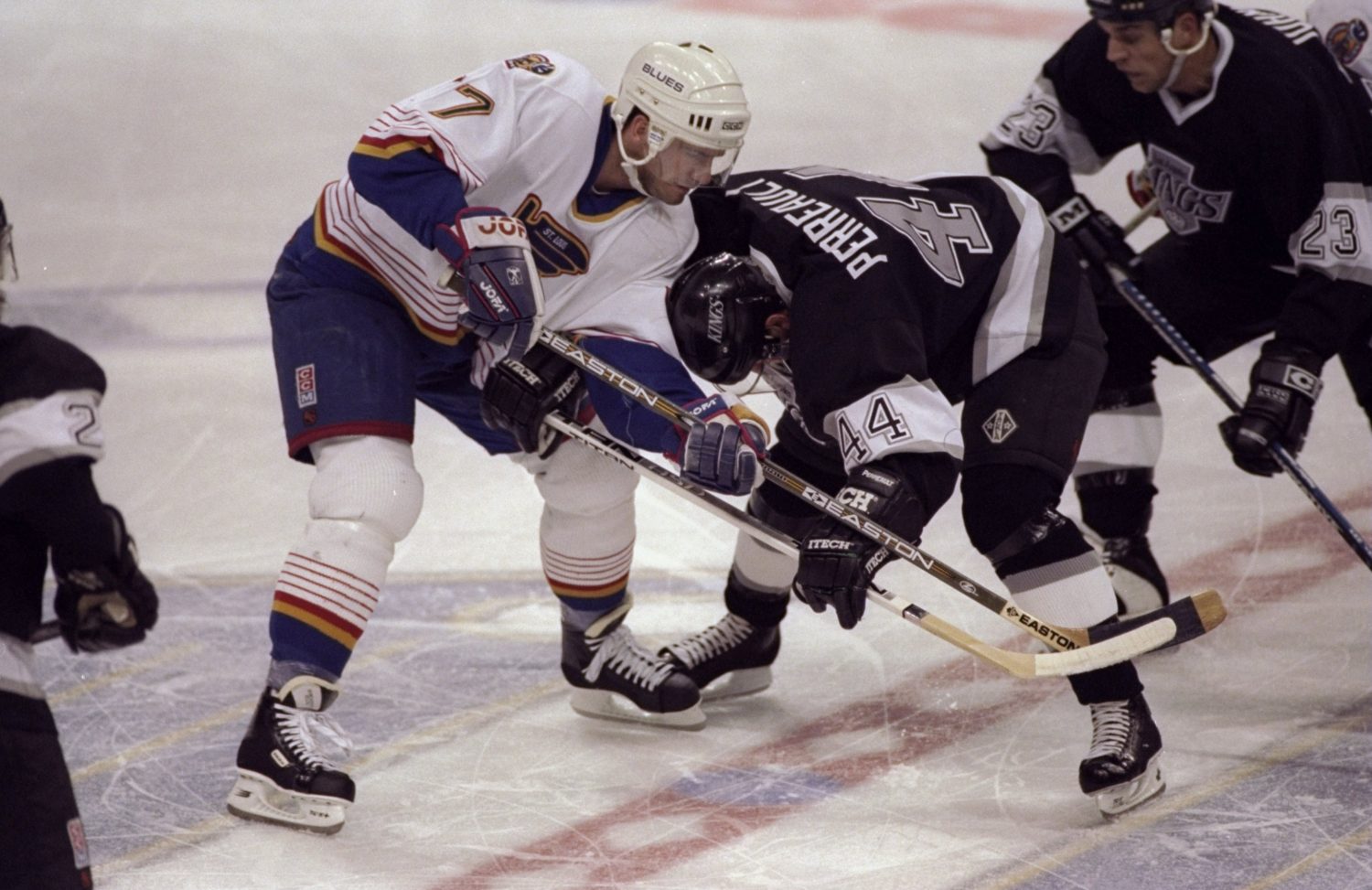 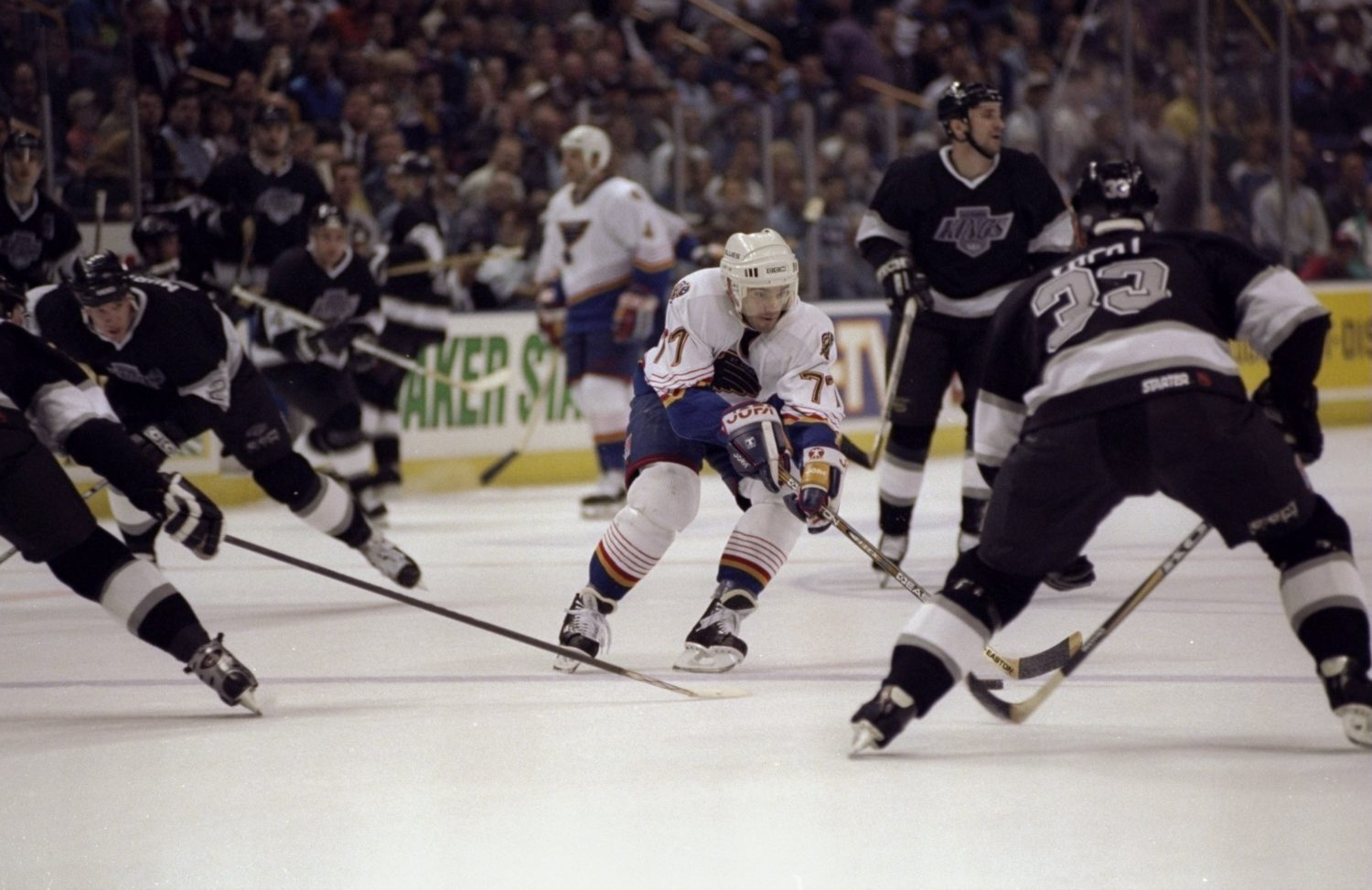 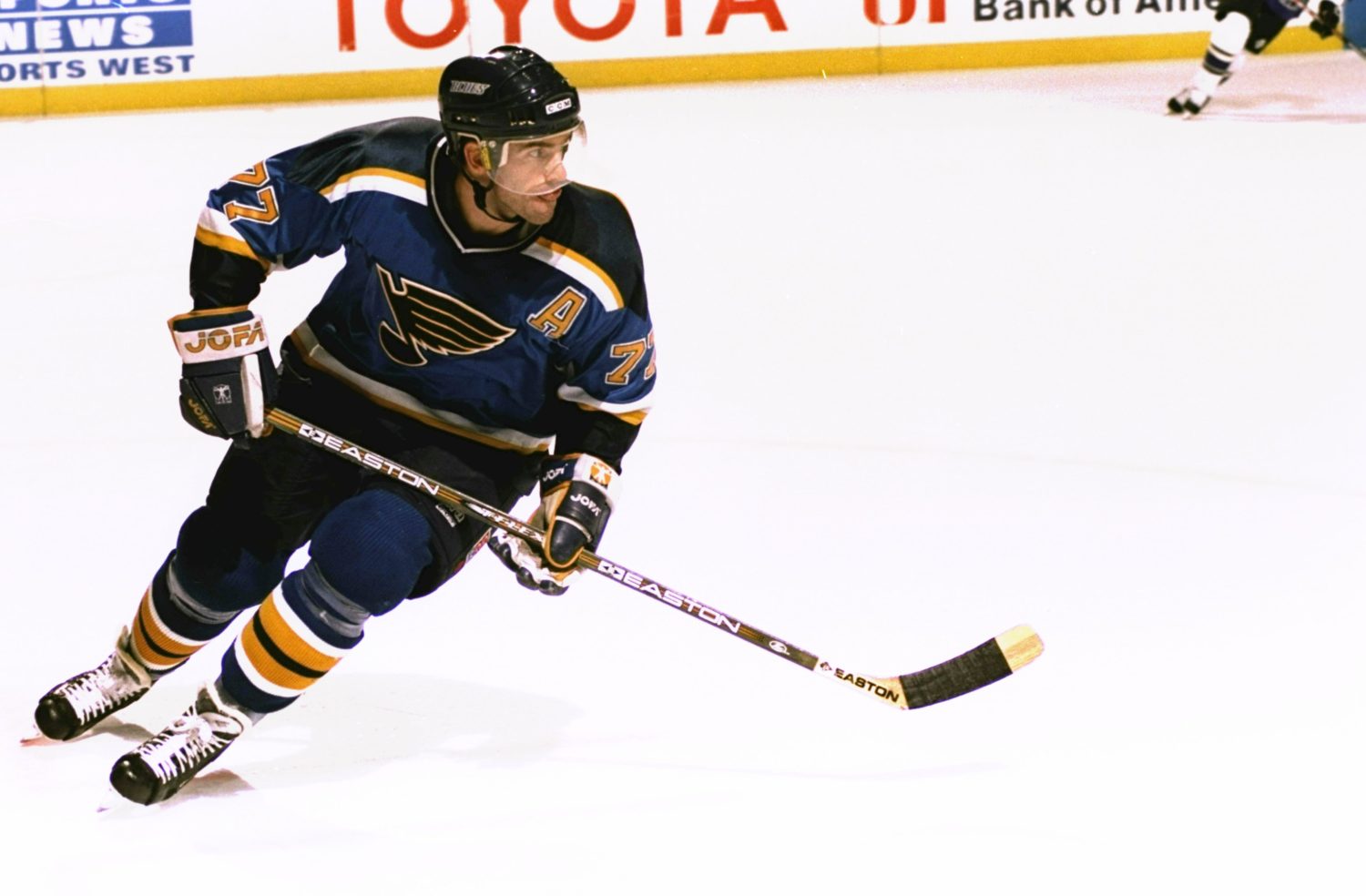 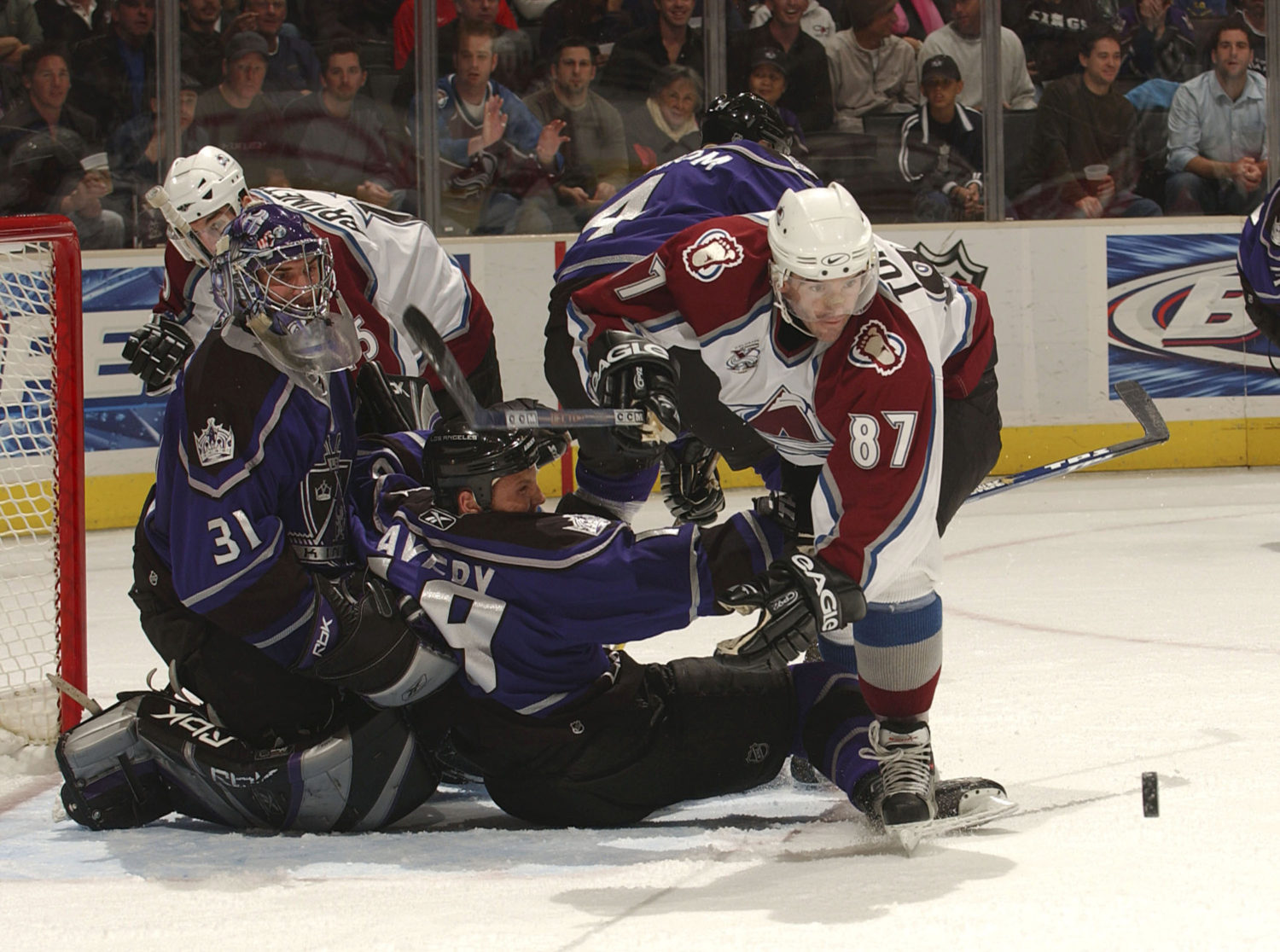