Under the new regime, what philosophies may change? How does "speed" factor? - LA Kings Insider

Under the new regime, what philosophies may change? How does “speed” factor?

It wasn’t a happy press conference at Staples Center on Tuesday afternoon. While there was a commemoration of Luc Robitaille and Rob Blake, who’ve ascended into new roles, the pervasive aura of the gathering still encompassed the absence of Dean Lombardi and Darryl Sutter, those principally responsible for constructing the team’s competitive ascendance and reign.

“They taught us a lot about building a winning culture and constantly striving to be the best,” said Robitaille, now the Kings’ President, before acknowledging, “in the end, this is about the LA Kings and trying to win Stanley Cups.”

That remains the end goal. But with 30 other teams striving for the same prize, Dan Beckerman, President and CEO, AEG and Alternate Governor, Kings, acknowledged that a Cup-or-bust attitude isn’t one that’s realistically executable.

In vying to do so, there may be some changes in the club’s style of play. What those changes may or may not be aren’t as of yet known or explainable before a head coach is hired.

“Yeah, I think it’s a little early, and that’s an evaluation process,” Blake said. “I’m not going to make anything up. We don’t score. It’s flat. It’s been that way this year. There needs to be some emphasis on how we’re going to do that. And there’s time now through this off-season to come up with those different philosophies. Whoever the head coach, when he is hired, will have a major impact on that. These players are going to have an impact. I’m going to lean on these players to find out. They’re the ones on the ice delivering that and we’re going to share ideas here over the next course and they’re going to direct us in the right way.”

The Kings, a team that when it was at the top of its competitive cycle earlier this decade, were an up-tempo puck protection team that wore the opposition out through a heavy, unrelenting and physical style of play that was perfectly suited to winning playoff series. But such a style is difficult to sustain over the course of an 82-game regular season.

“Well we played a hard style of hockey,” captain Anze Kopitar said. “…It was very physical. It was very intense. And if you think you can sustain that for 82 straight games, I’d say you’re crazy. And we all know that in the playoffs that works and you get the extra boost just because it is the playoffs but to have it for that 82-game stretch, it’s a bit of a push and that’s why we got in trouble sometimes. But you know what, I think, for the most part it worked. When we executed to a T, it worked and we were winning games.” 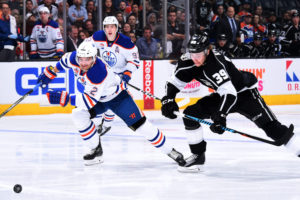 A commonly held opinion is that the league is getting faster and smaller. There are outliers in the Pacific Division such as Anaheim, a team similarly built to Los Angeles and one that appears to be highly potent this postseason. Other teams, such as San Jose, Edmonton and Washington have found a good balance of size, speed, possession and responsibility in all zones. All three of those teams score more than Los Angeles, which tied for 24th in the league with 199 goals for.

“I think it certainly seems that even in the West now the teams are getting smaller and quicker, so that’s a change that maybe we are trending towards a little bit,” Kopitar said. “But at the same time, I still think that you have to have some big bodies and that’s what we’ve got. I don’t think it was the size and the speed, we just didn’t play to our very potential, I think, this year and that’s why we are where we are.”

When the Kings were fully bought in and healthy, they were a team that was able to play with a brisk pace. One of the tenets of Darryl Sutter hockey is departing the defensive zone quickly and exchanging the puck between the defensemen and the forwards as quickly as possible and maximizing offensive zone time.

“Darryl came in and changed that philosophy and just took the puck and got it out of the zone. He said, ‘I’ll go get it from you guys.’ If we have it, you can’t score,” Blake said. “That is a fundamental block that this group has been, and they need to continue that, for sure.”

When executing that system well, they played remarkably up-tempo even though they weren’t a team that was equipped with game-breaking individual speed (or, during their downfall, a sustainable shooting percentage once in the attacking end).

“I think kids are faster. I think if you look, they’re faster,” Blake said. “Playing fast, skating fast and moving the puck fast are all different things that come into that.”

And that was a fundamental espoused by Darryl Sutter, who clarified the difference between pure speed and the ability to play fast and make decisions quickly. For the majority of his tenure, Los Angeles was able to do that with a roster often referred to as “big” and “heavy.”

“I’m not sure if that statement is as true now as it was back then,” Blake said. “The team’s changed. Is that a philosophy I stick to? Yeah, I’ve seen the success it has. But there has to be some offensive involved somewhere, and that’s one of the things that led us to being out of the playoffs this year. Anywhere you look, we didn’t score enough goals, and we need as a group here, whenever a coach is in place, sit down and understand exactly what we can do to create that, and then the players will come after.”

Rob Blake, on the team’s core:
Well I think if you look two rows ahead of you, you’re looking at a heck of a core. Best defenseman in the league, what Jeff did for this team this year through some injuries early on and carried it, and Anze Kopitar what he’s been able to do. All three of ‘em won two Stanley Cups. Throw Jonathan Quick in that mix and if that’s a core you want to build around, that’s a heck of a core. And that’s a tribute to the staff that put that together and they’ve had success. They’ve won. And you build on that. But to see those three sitting here, anybody here would start a team with that.

Blake, on coaching philosophies:
I think it’s a combination of a philosophy when you speak to the head coach. Like I said, the best thing with the way the game has gone so far now with analytics, you ask questions and there’s back-up to it. There’s things you can look at video-wise, statistics-wise, that can give you those answers more than just theories. And now, you take it to the next step and you put a staff in place that wants to exploit those and build on that. That’s what we need to look at.

Blake, on the risk of sacrificing one area to strengthen another:
Well, there’s risk and reward. It’s almost like when you have the puck, you focus on offense. When you don’t, don’t change a thing because you’re right. This is one of the best defensive teams in the league. They check, they don’t defend, they check, and they go and they get pucks back, and all these different analytics and puck possession and everything.

Blake, on whether any specific style of play will be implemented:
I’m not sure if there’s a specific ‘style of play.’ I think at the end of the day, a style that we know will be successful. We know defensively our style of play, and what these players have been able to do, is successful. We’ve seen it work over and over. What’s kept us back the last couple years has been our offense, and we need to find a style or a system or a philosophy that builds that. 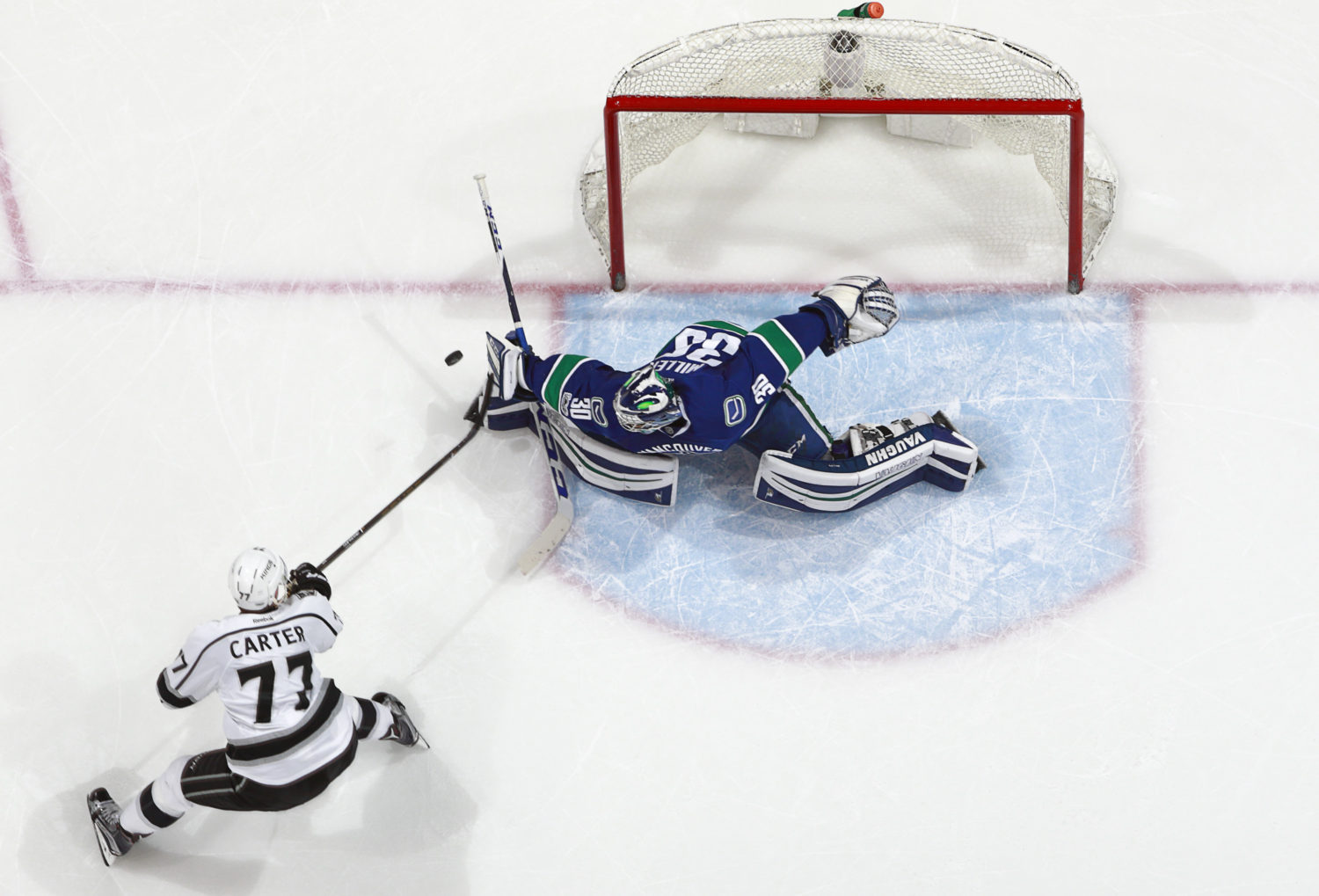