— The vitals: The LA Kings’ skate was optional, so we’re projecting Jonathan Quick to go tonight and Cal Petersen to draw Sunday’s start versus Edmonton. Quick is 18-6-1 over 26 career games against Colorado – 25 indoor, one outdoor – posting a 2.27 goals-against average, .914 save percentage and two shutouts. Petersen remained on the ice for work with Joakim Ryan and Nikolai Prokhorkin, so don’t expect them to play tonight. Jeff Carter didn’t skate with the group. I’m not expecting him to play, so we should probably see the same alignment from the Florida game: Iafallo-Kopitar-Brown, Kempe-Vilardi-Frk, Moore-Lizotte-Wagner and Lewis-Amadio-Schaller up front, with defensive pairs of Forbort-Doughty, Hutton-Roy and MacDermid-Walker.

— Their vitals: The Avs, as you may recall, are banged up. Matt Calvert, Nazem Kadri and Colin Wilson are on injured reserve with lower-body injuries, Mikko Rantanen with an upper-body injury. Philipp Grubauer suffered a lower-body injury in the Stadium Series game but remains on the active roster. Samuel Girard, meanwhile, may have injured his hand, per Mike Chambers of the Denver Post, but it’s not clear whether that affects his availability tonight. We’re expecting to see Pavel Francouz, who just signed a two-year, $4-million extension, in goal. Francouz, who helped eliminate the United States in a quarterfinals shootout in PyeongChang, is coming off a 26-save shutout in Anaheim and enters tonight’s game 15-5-3 on the season with a 2.33 GAA and a .926 Sv%. Former Arizona farmhand Hunter Miska will back up.

— 29-year-old goalie Kevin Poulin has been signed to a league-minimum contract by the LA Kings and placed on waivers. This is because Los Angeles intends to keep him for the rest of the season on AHL-Ontario, where he’ll be assigned after clearing.

The NHL contract gives Los Angeles extra goaltending flexibility in the event one of their two active goalies suffers an injury. Matthew Villalta is expected to get the majority of the starts over the remainder of the season, but Poulin would draw some consideration upon an injury to either Jonathan Quick or Cal Petersen and therefore needs an NHL contract.

Poulin, who replaced an injured Ben Scrivens as Canada’s starter and won a bronze medal under Willie Desjardins in the 2018 Games, has 50 games of NHL experience with the Islanders from 2010-15, posting a 3.07 GAA and .899 Sv%. He spent the 2018-19 season with Eisbaren Berlin and appeared in three games earlier this year with AHL-Grand Rapids. He has 189 games of AHL experience, which includes 60 minutes with Ontario last Sunday in which he earned a win over the Colorado Eagles by stopping 31 of 34 shots. He had previously played for Ontario on a PTO. 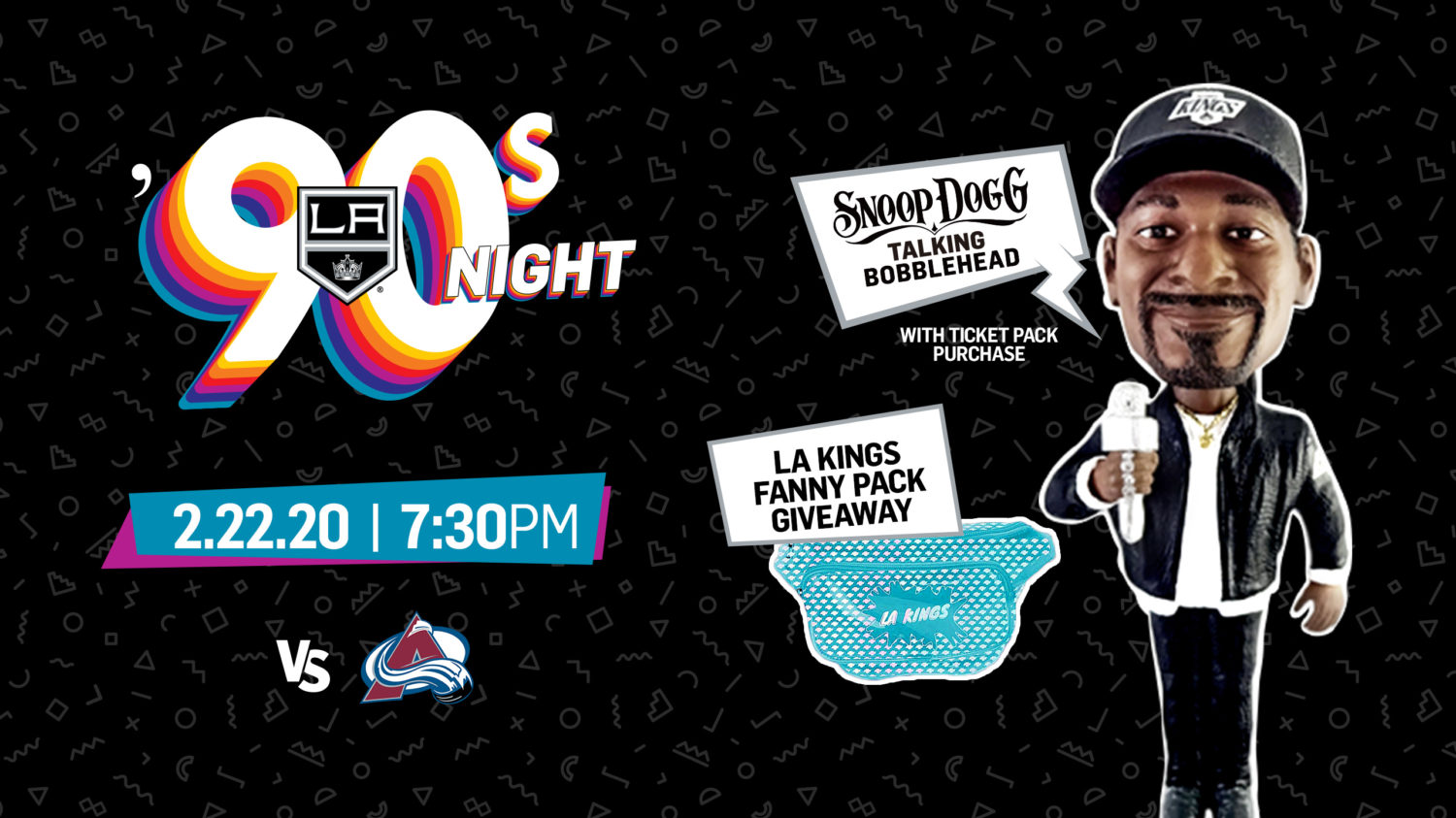 LOS ANGELES – Multi-platinum artist, actor, philanthropist and entertainment icon Snoop Dogg will serve as the special Celebrity Guest of Honor for Hockey Night in LA on Saturday, February 22, when the LA Kings host the Colorado Avalanche at STAPLES Center. Game time is 7:30 p.m.

As announced this past summer, the Kings on February 22 will wear new LA Kings ‘90s Era Heritage adidas adizero Authentic NHL Jersey for the first of two games this season. The new LA Kings ‘90s Era Heritage Jersey features the same look and primary logo the Kings debuted in 1988 and wore for 10 seasons – 1988-89 through 1997-98. The jersey will also be worn on Saturday, March 21, when the Kings host the Vancouver Canucks as part of ‘80s Night.

Also on February 22 former Kings goalie Felix Potvin will return to STAPLES Center and be honored for his NHL playing career which included parts of three seasons with the Kings as part of the club’s revamped Legends Night Series. Potvin will drop the ceremonial puck pre-game and be featured on FOX Sports West. The club’s second Legends of Hockey featured participant will be Mike Eruzione who visits STAPLES Center on March 7 when the Kings host the Minnesota Wild. Eruzione was the captain of the 1980 Miracle on Ice team which this year celebrates its 40th Anniversary.

DJ SNOOPADELIC aka Bigg Snoop Dogg on tha 1s & 2s will serve as a special in-arena DJ for the player warm-ups, which begin 30 minutes prior to the start of the game. Snoop Dogg will also return to the FOX Sports West TV booth where he joined Alex Faust and Jim Fox in helping call the action on January 12, 2019.

The Snoop Dogg bobblehead features many of his most memorable quotes from his initial visit to STAPLES Center which are detailed in this LAKings.com video.

— Tonight’s officials are referees Dean Morton and Jake Brenk and linesmen Scott Driscoll and Brandon Gawryletz. Hannah Davey will perform the national anthem. More to come from downtown, where Todd is scheduled to speak at 5:30. Let’s talk soon.