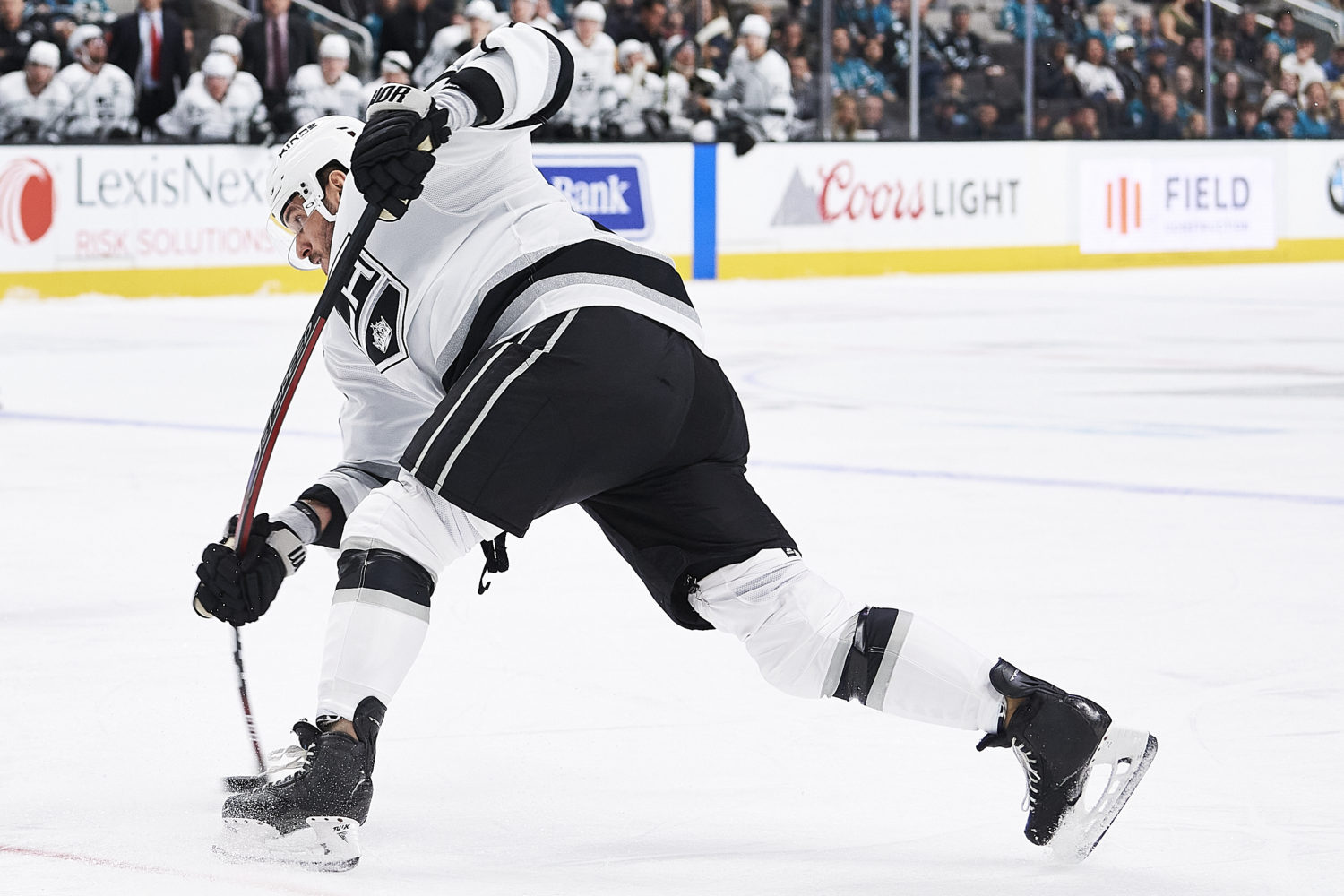 Frk, who has five goals in eight games, provides a needed scoring potential at a bargain cost. The $725K AAV is the NHL minimum for the next two seasons – $700K in 2020-21 and $750K in 2021-22 – and provides additional flexibility while the team carries Ilya Kovalchuk’s cap hit in 2020-21. Cal Petersen, Matt Roy, Blake Lizotte, Trevor Moore, Gabriel Vilardi and Michael Amadio are all under contract for under $1-million next season, while Sean Walker, Austin Wagner, Kurtis MacDermid and Nikolai Prokhorkin are eligible for restricted free agency and won’t command lucrative AAVs in their next contracts.

More to come, including quotes and financials and what-have-you. First, enjoy this week’s Black and White:

LOS ANGELES – The LA Kings have signed forward Martin Frk to a two-year contract extension through the 2021-22 season worth an annual average value (AAV) of $725,000, according to Vice President and General Manager Rob Blake.

Frk has posted five goals and six points (5-1=6) in eight games with the Kings this season. The 6-1, 205-pound forward rejoined LA for his second stint of the season on Feb. 12 from the Ontario Reign of the American Hockey League (AHL). He currently leads Ontario with 23 goals, 36 points and a plus-12 rating in 37 games. Frk also represented the Reign in the 2020 AHL All-Star Game, where he set a North American record for Hardest Shot at 109.2 MPH.

The Pelhrimov, Czech Republic native has appeared in 108 career NHL games between LA, the Detroit Red Wings and the Carolina Hurricanes, registering 37 points (17-20=37). In 264 career regular-season AHL games between Ontario and the Grand Rapids Griffins, he has tallied 168 points (91-77=168). In 2017, Frk helped lead Grand Rapids to the Calder Cup Championship with 15 points (5-10=15) in 16 postseason games. He has collected 24 points (7-17=24) in 29 career AHL playoff appearances with the Griffins.

Originally drafted by the Detroit Red Wings in the second round (49th overall) of the 2012 NHL Draft, Frk was signed by LA as a free agent on July 1, 2019.

The Kings continue their five-game homestand tonight against the Colorado Avalanche. The game starts at 7:30 p.m. and will be broadcast on FOX Sports West, the FOX Sports App and the LA Kings Audio Network on iHeartRadio.