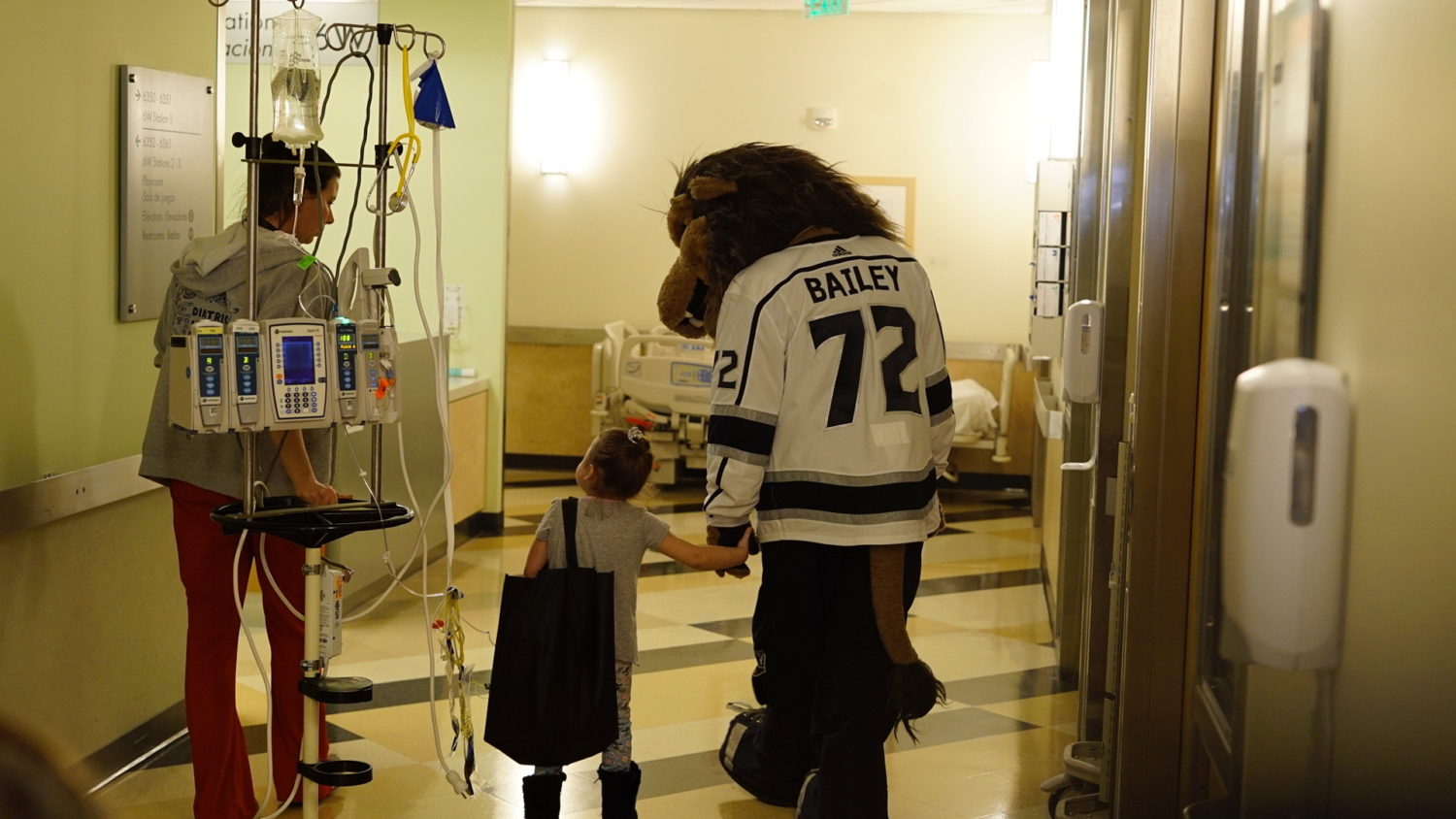 Good afternoon from El Segundo, Insiders. Stick taps to @Neil for the reminder that the Northridge Earthquake was 24 years ago today. Enough time has passed that the anniversary often slips our mind each January 17. The Kings were out of town at the time, having flown from Philadelphia to Dallas the night before, but wives, girlfriends and families were back in Los Angeles, as was Dave Taylor, who was injured at the time. Because the Kings practiced at Iceoplex in 1994, just north of the Van Nuys Airport, many players with families lived in the southern San Fernando Valley and in close proximity to the epicenter. Four years ago today – the day before Los Angeles lost a game at Joe Louis Arena when Nicklas Kronwall’s shot launched off the netting, caromed off Jonathan Quick’s back and into the Kings net for a late third period game-tying goal – I spoke with several prominent Kings figures and published their recollections on the earthquake at LAKI. Several frightening memories were also shared by Brian McClary, the NHL’s security representative with the Los Angeles Kings, who was a Los Angeles police officer at the time working a nighttime Valley shift when the quake struck.

The Kings didn’t practice for quite as long as they did yesterday but were still on the ice for structured work for a good 45-plus minutes. Their color coding did not change from yesterday:

-Before the team practiced, Jeff Carter (IR/ankle surgery) took some light laps around the Toyota Sports Center ice. It was his second day of skating. He handled pucks and snapped a few on net. There’s no timetable for his return at this time, but this represents a significant step in a long, arduous process.

Having resumed skating lightly, Jeff Carter takes some laps around the TSC ice on Wednesday morning.

-Expect Jake Muzzin (IR/upper-body) to be activated before tomorrow’s game against Pittsburgh. The defenseman was a member of the second power play unit and took regular defensive pair rotations during line rushes. The pairs were fluid, so it wasn’t really possible to get a good gauge on who he’ll skate with tomorrow. He took a few loops with both Alec Martinez and Paul LaDue this morning. Drew Doughty was most frequently paired with Derek Forbort. Should the Kings activate Muzzin tomorrow, they would not have to make a corresponding move because Jussi Jokinen was claimed off waivers by Columbus earlier today and is no longer on the roster.

Jokinen totaled one goal and five points in 18 games with Los Angeles.

Useless Stat of the Night: Jussi Jokinen will join his eighth team.

He is two teams short of tying the mark for most franchises played for by a Finnish-born player (or a Jokinen): pic.twitter.com/iuRDhoV7zb

-John Stevens was asked about whether Marian Gaborik’s game against the Sharks represented a step forward. “I thought he did some good things with the puck,” Stevens answered. “He’s a fit guy, and explosive guy, but his legs still didn’t feel right coming out of the break there. The practice has been good for everybody, but good for guys like him, too. Gabby’s a guy that can really give us a balanced attack. We use him in all different situations. He’s a veteran guy that’s been a really good player at this level, and he can play left or right wing. He’s an important player for us to get him going.”

Gaborik was one of the veteran players Stevens alluded to have spoken to coming out of the bye week who put in work over the break but still felt “sluggish” after having returned from a five-day interruption to their mid-season routine.

He’ll likely get some time opposite Michael Amadio and on the second power play unit on Thursday.

“I think he helps us that way, to be honest with you,” Stevens said. “He becomes an important guy. He’s become an important guy on if you want to call it the second-unit power play. He’s done some really good things there. I think he’s a veteran presence that has a good rapport with the young players that can really help them. Gabby has the ability to move around and always has.”

-There are many attributes that work in concert to make Sidney Crosby perhaps the greatest player of his generation, and one aspect of his arsenal is a backhander that’s as accurate and quickly released as many players’ wristshots. I asked Drew Doughty earlier today about respecting both his backhand and forehand shots, and learned that he’s more concerned with containing him down low in the zone. “When a guy’s coming down one-on-one with me, I’m usually just going to let him shoot it,” Doughty said. “For the most part, they’re not going to get pucks by our goalies. Our goalies are really good, and really, any goalie in this league, you’re not going to see too many goals go in if it’s on the rush and they can see the shot. If he’s coming down one-on-one with me, I’m just trying not to let him get close to the net and give him a shot from the outside, because I have full confidence my goalies will save it every time. To be honest, I’m not too worried about his shot. I’m more worried about what he does around the net and what he does down low.”

-A great match-up tomorrow: Pittsburgh leads the NHL with a 26.5% power play rate. Los Angeles leads the NHL with an 87.1% penalty killing rate. Something’s got to give. The team will hunker down tomorrow and go over video to game plan for a traditionally explosive power play. Since 1990-91, Pittsburgh’s power play this season ranks second out of the 763 single season power play rates produced by all NHL teams. Only Washington’s 26.8% rate in 2012-13 connected with greater frequency.

-The Penguins face the Ducks at 7:00 p.m. tonight on NBCSN. Goaltender Matt Murray has returned to Ontario to be with his family after his father, James Murray, passed away. Condolences to Matt, and warmth and support to the entire Murray family.

Casey DeSmith is backing up Tristan Jarry on the Penguins’ road trip. It wouldn’t be a stretch to see Jarry get all three starts; Pittsburgh concludes its trip at San Jose on Sunday.

-Other than perhaps some John Stevens quotes, this will likely be my last post until Saturday. @PumperNicholl will be your LA Kings Insider for the next two days as I head back to the motherland to broadcast Michigan-Penn State hockey Friday night on Big Ten Network. (For a prelude to Kings-Ducks, M-PSU will air at 5:00 p.m. PT Friday.) There will be fewer LA Kings Insider Bucks updates over the next two days (though I’m told the PumperNicholl Giveaway Extravaganza will be updated tomorrow) and regular team coverage, postgame quotes and the such. I’m scheduled to arrive back at LAX at 10:30 a.m. Saturday to cover Saturday’s (potentially optional) skate.

-The Kings made their annual Children’s Hospital Los Angeles visit yesterday. Stick taps to Emily Griganavicius and the LA Kings for providing these great shots and the lead photo: 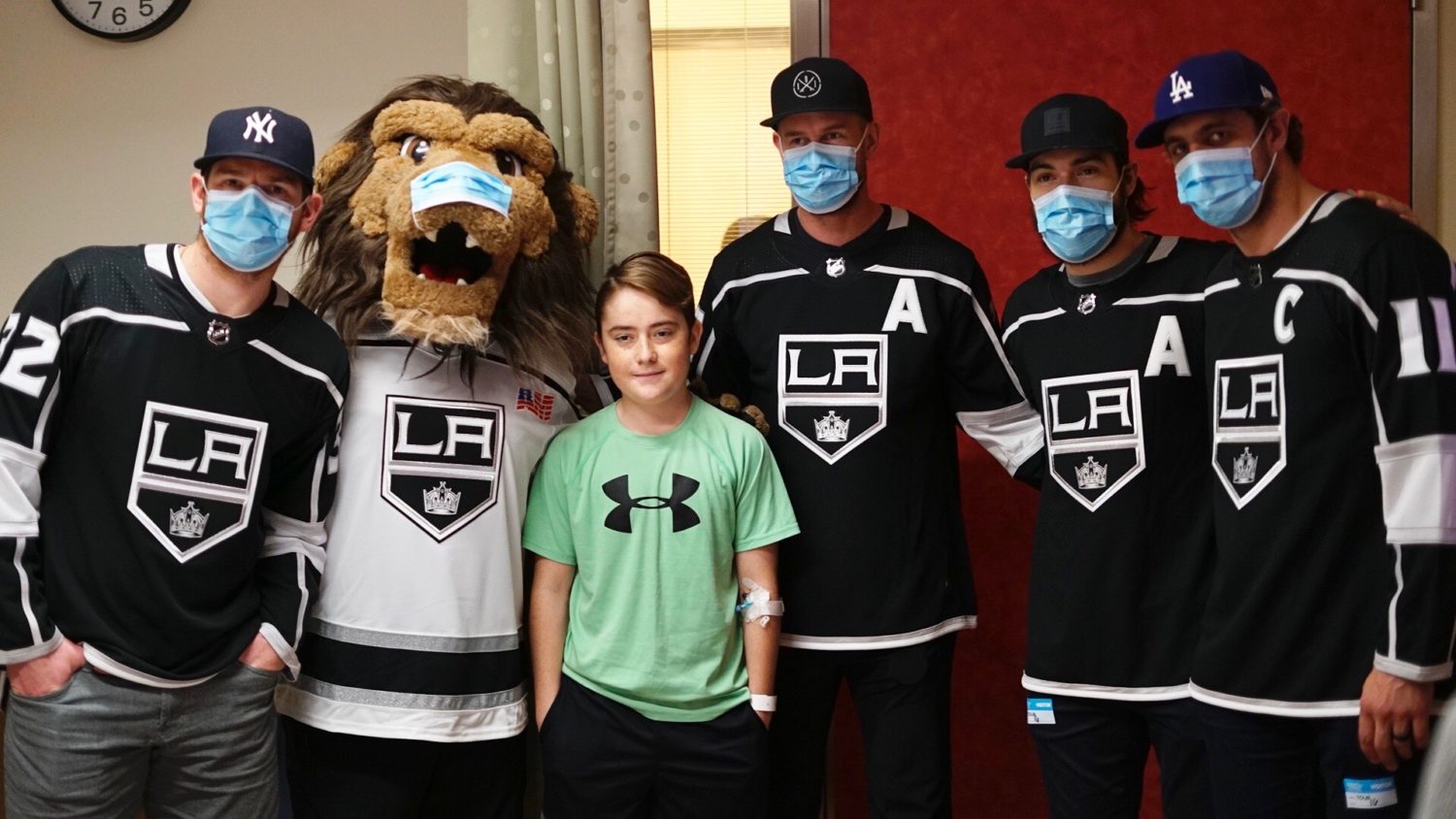 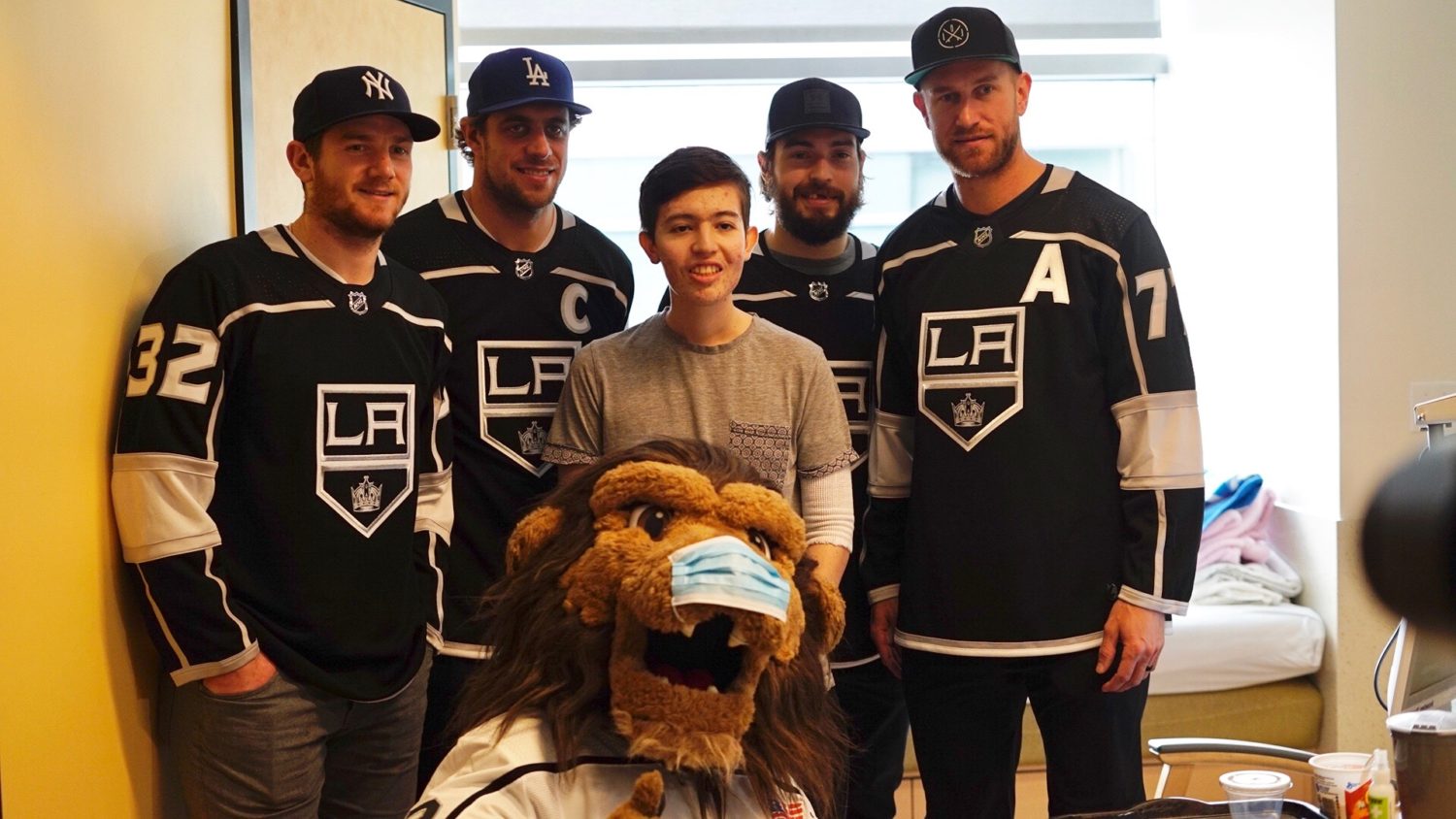 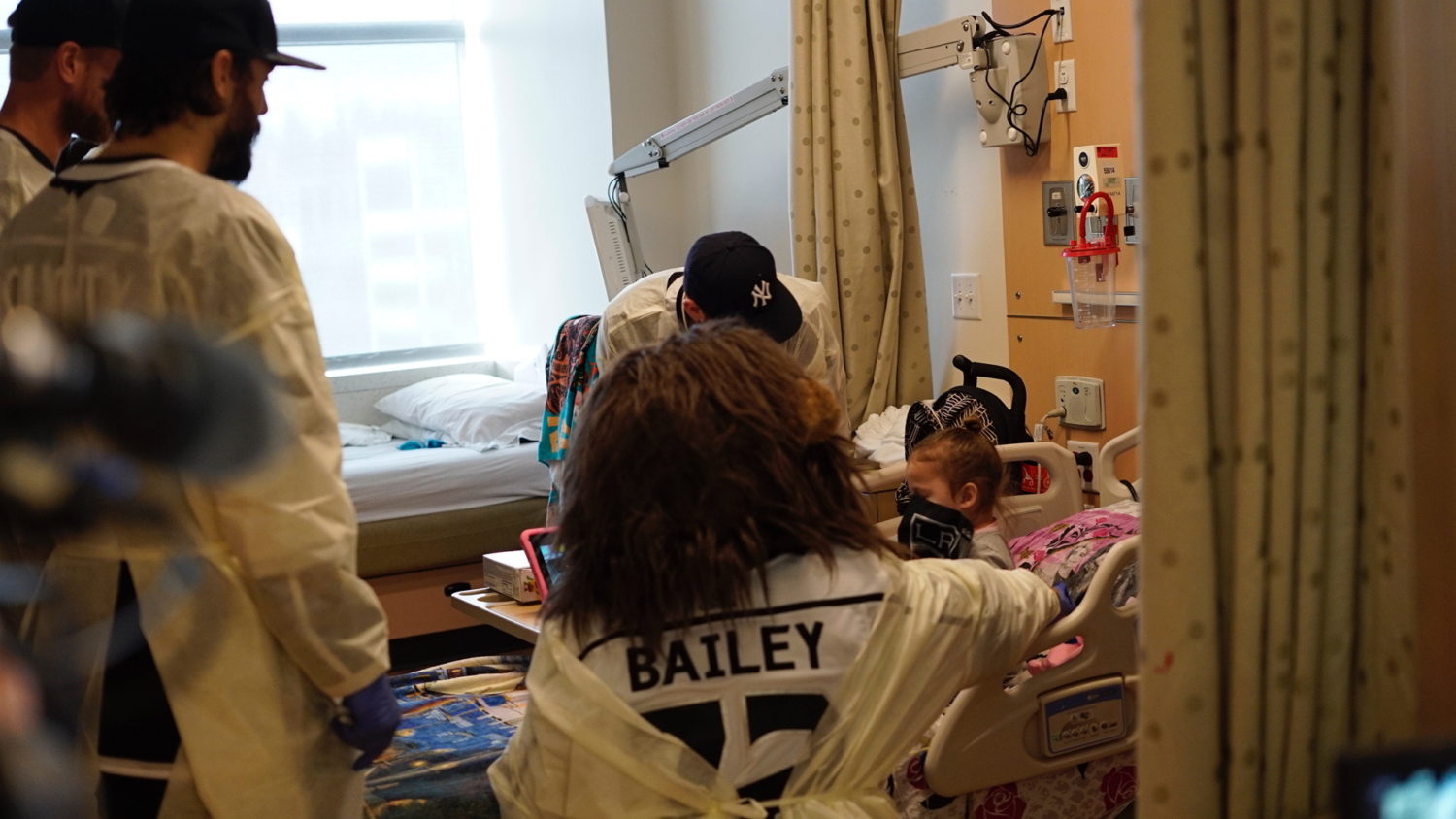 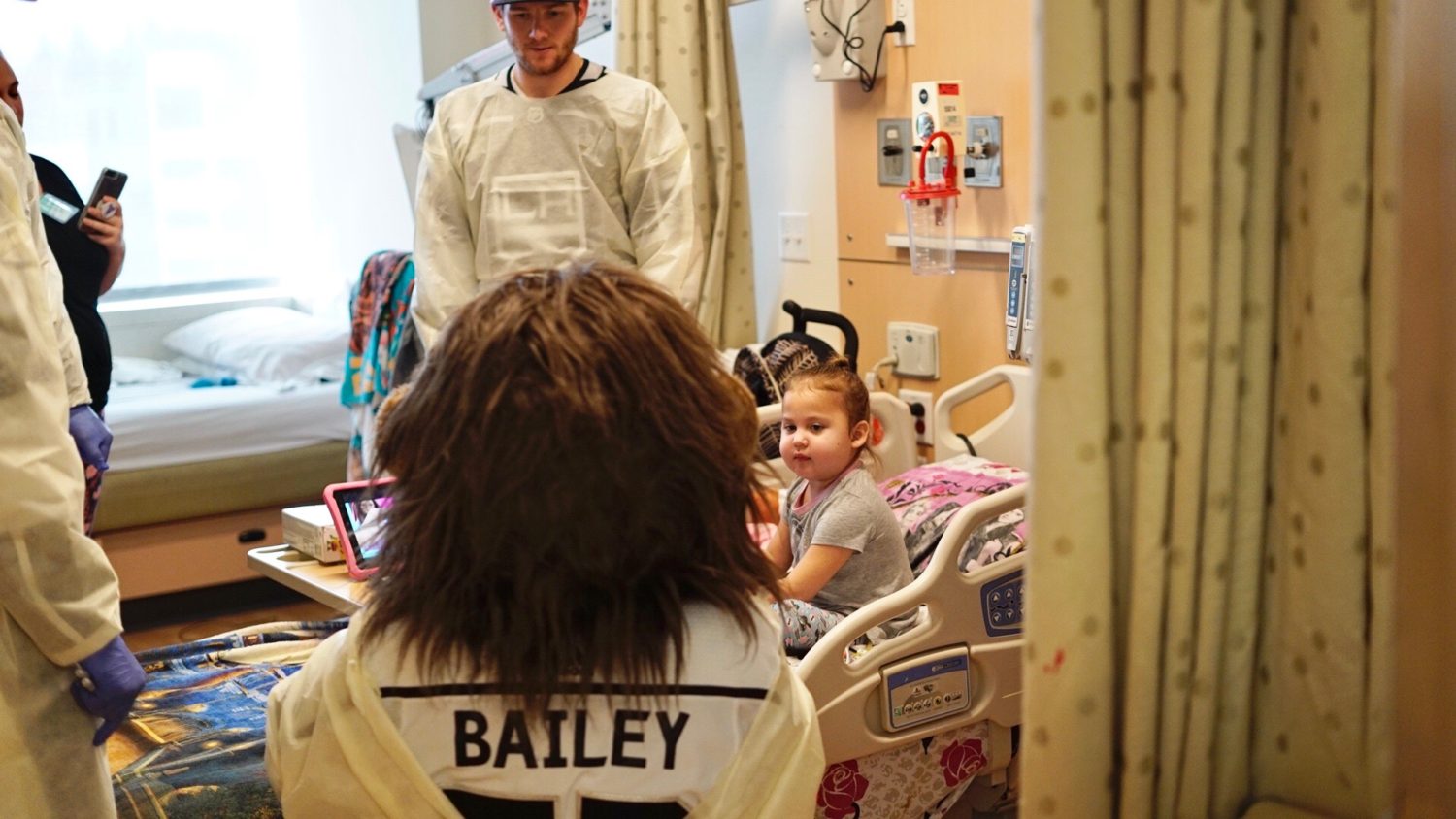