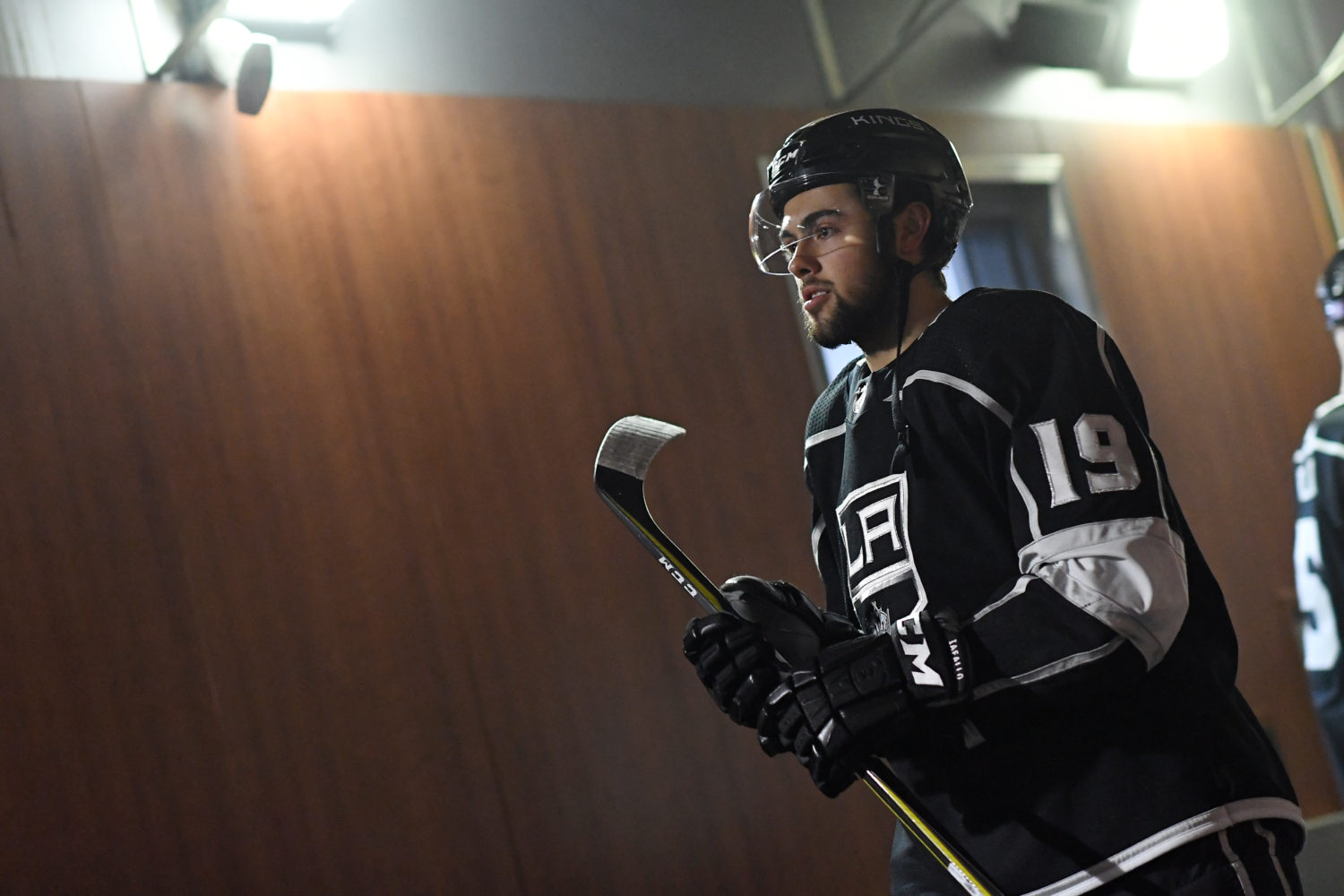 On whether he celebrates American or Canadian Thanksgiving:
The tradition is the same in terms of the reason for it and the culture before it. I’m not even sure why it’s a month earlier in Canada. I’ve been in the U.S. so long now that I actually forget when the Canadian one is. When I talk to my family back home I’m reminded of it, but I’m certainly more aware of the one down here now. [Reporter: So, are you going to be able to celebrate it? Yesterday? Thursday?] Not the way we usually have it. When I was playing or when the kids were around, if there were guys that didn’t have somewhere to go, we’d make sure they had somewhere to go. But we’ll certainly be aware of it and talk to the kids, but they’re traveling that day. Recognition of the holiday, but it’s moving on to Arizona.

On whether he played frequently in Houston:
I never played in Houston, I coached when I was coaching in the American League. Houston used to be in the IHL, and [I was in] the American League, so they were separate, and I was always one of those guys [who played in the AHL]. The IHL almost became parallel to the American League for a few years there, but I always stayed in the American League, and then they merged the two leagues and brought in a lot of teams from the IHL, and at that point I was coaching. [Reporter: I’ll chat with Darcy about it a little bit, because I know he played there, but did you ever get a sense of Houston as a potential, major-league market for hockey?] I don’t know. Is that something that’s come up? [Reporter: Yeah, with the sale of the Rockets, now there’s no more blocking the NHL there.] It’s certainly a big market. I don’t know where they would rate in the United States, but I think they’d be top-eight in the country? Is that accurate? [Reporter: I think fourth or fifth or something, it’s huge.] It’s a big market. Hockey certainly, I think, would be well received in that part of the country. I’ve coached games there, and I know the Houston Aeros had a team there, and they’re certainly well received. They had some really good teams there. Todd McLellan was there, and I think Dave Tippett coached there, as well. I don’t know. There’s people a lot smarter than me that need to figure that out.

On whether he could narrow down the team’s strengths and concerns to simple bullet points:
I think the strength of the group has just been the spirit and resilience of the group. There have been games where things haven’t gone our way, like the other night, and guys still find a way to get back in a hockey game. There have been lots of those situations this year where it would’ve been very easy to say, ‘it’s not our night,’ but we really haven’t seen that from our hockey team. There have been times where I think their heart’s in the right place and the execution hasn’t been, but the resilience and the spirit of the group, I think, has been impressive, and I think we’d just like to see a little more consistency in our group in terms of- [Reporter: The execution?] Yeah. [Reporter: Does that go within a 60-minute span, or does it go from game-to-game?] I’m not sure. I think we’ve had individuals that have been very good for this 60-minute stretch. I just think we’ve asked a lot of some of our young guys to come in and fill some big responsibilities. I think the biggest challenge with young players is consistency, and the big challenge of good teams – good teams have it, good players have it, and it’s something we’re going to continue to really drive home in terms of our consistency of how we play.

On whether Alex Iafallo was a bit up-and-down last week:
Well, I think that was probably his first experience as an athlete, going through a stretch like we just had. That line’s been really good for us, and for a young guy to play that many minutes on a nightly basis really wears on you physically, so we’ve really been conscious of his rest-recovery. I think he’s been a really good performer. I do think that it caught up with him a little bit at the end of last week, so we felt yesterday was a really important day for him to get some rest and get it reloaded, as it was for a lot of guys on our team. Kopi and Brownie played big minutes, Drew and Muzz and Marty have played big minutes, Quickie’s played quite a bit. You’re going to get stretches like that during the season that you have to be ready for, and then it becomes managing the rest, managing the work and trying to get enough work in but getting enough rest so that they’re ready to go when games come around. And those stretches are coming again. Those are going to come a few more times where you get heavy stretches over a long period of time with back to backs in there and at the end. I think if we can get some consistency out of our team, I think we can share those minutes and be at a better place.