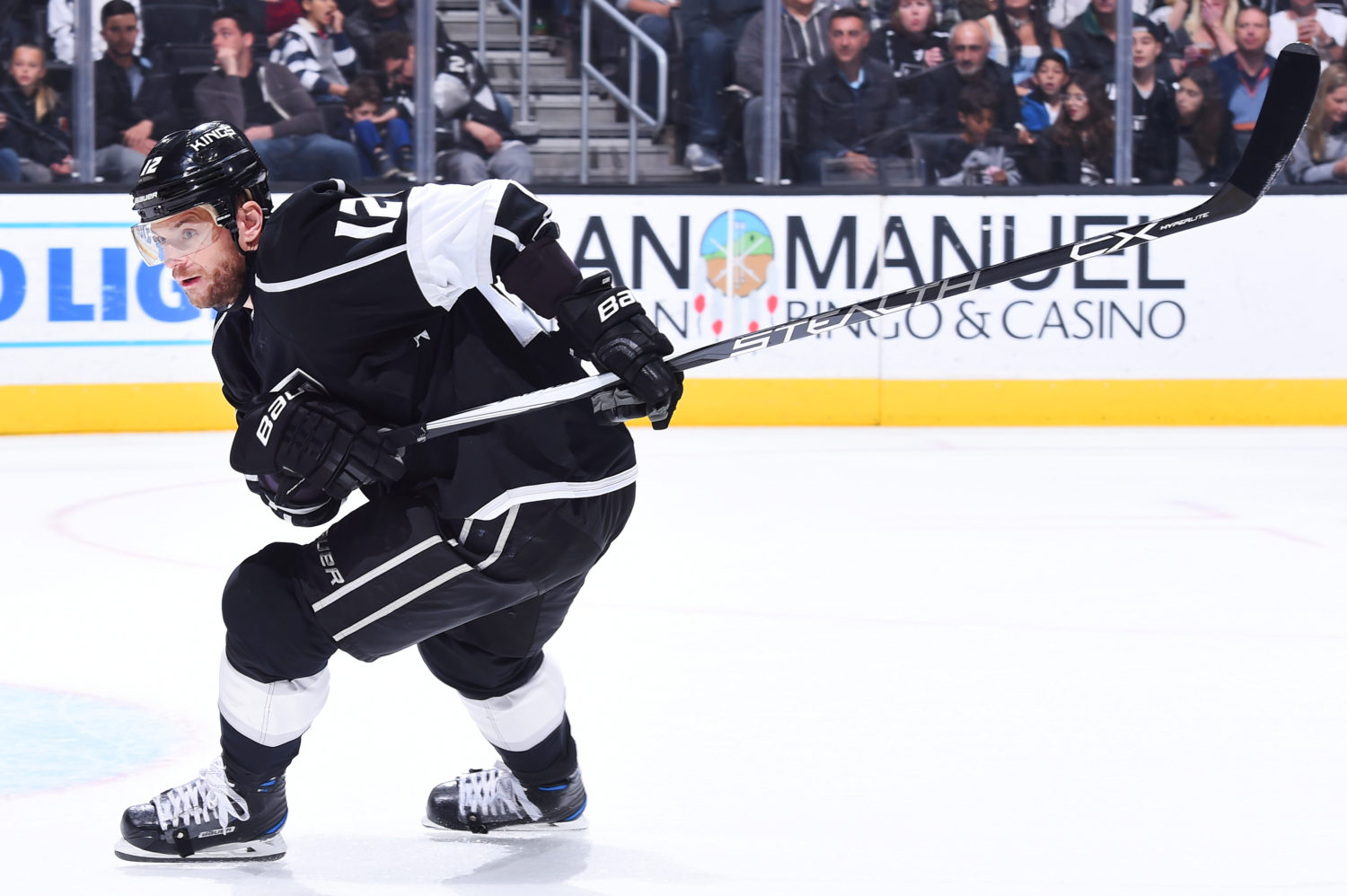 The Los Angeles Kings will travel on Thanksgiving Day, so it’s up to individual players and their families to determine how they will celebrate the fall holiday.

“We’re on the road right? So we might have a team dinner or something set up,” Marian Gaborik said.

So, Glendale, Arizona YardHouse, will you be taking reservations Thursday night? Better make one for 23, because Gaborik has graduated to full integration in practices and his return is nigh.

Gaborik skated to the left of Jussi Jokinen and Jonny Brodzinski during practice at Toyota Sports Center on Tuesday and expressed confidence that he should be able to return soon, saying that he’s “getting there.”

“It was good to be on a line,” he said. “Had a good practice. Getting every rep, and so getting closer and closer.”

“Well that’s in discussion, I guess,” Gaborik said. “We’re just going day-by-day and we’ll go from there, but I’m really close, I would say.”

In other words: there’s no firm sense on whether Gaborik may return tomorrow against Winnipeg (7:30 p.m. / FOX Sports West / FOX Sports GO / FUBO TV / KABC 790 / I Heart Radio), but this week appears to be a pretty good target as to when the 989-game veteran will return. Los Angeles also plays at Arizona on Friday before returning home to host Anaheim on Saturday.

The Kings would not have to assign a player to AHL-Ontario upon his activation because their roster currently stands at 22 players following Andrew Crescenzi’s assignment to the Reign on Sunday. Meanwhile, Andy Andreoff, Nick Shore, Trevor Lewis and Nic Dowd were color-coded together as a group of four, and with Brooks Laich taking some loops as a defenseman at practice, there does appear as though there’s at least a chance that Gaborik could get into Wednesday’s game.

“Obviously, he’s getting a lot closer with being integrated to the team, getting some practice in, getting a lot of contact, fully integrated into practice today, so we’re just going to see how he responds to that type of work and physical resistance – got some extra battle stuff in with him today,” John Stevens said. “I think that was the step we were waiting for, to see how he responds, and then we’ll talk to the trainers and see where he is, talk to Gabby and see where he is, and decide what the next step is.”

Stevens wasn’t really on board with the premise that by missing the first 20-something games of the season that Gaborik would be fresh for the second half grind.

“I don’t agree with that psychology of an older player,” he said. “I think older players need to play more, not less, or practice more, not less. I think if they need maintenance days, they get them, but in a case like Gabby, he’s a really well-trained athlete even though he’s a little bit older.”

Of course, Gaborik does have an injury history that has kept him out of a Los Angeles uniform because of a knee sprain at the end of the 2015-16 season, leading to the current absence due to a “more in-depth medical procedure for a chronic issue related to his left knee.” He also missed 12 games with an upper-body injury during the 2014-15 season and 21 with a broken foot sustained at the World Cup of Hockey prior to the start of 2016-17.

But the injury history runs largely independent to Gaborik’s game preparation and off-season training, which was praised by the Kings’ coach on Tuesday.

“We used to watch those old Detroit teams, and they get in a back-to-back, and you think ‘oh, we’ve got ‘em, because they’re an older team, and they just gobble you up because they can take it to another level young guys couldn’t,” Stevens said. “I think veteran guys that are really well trained are able to perform on a nightly basis.”

There were some whispers that Gaborik might have been available near the start of the season, but after progressing during training camp, he was held off the ice over the first half of October. Instead, the Kings will be thankful that they’ll be receiving a high-skill player in late November at a time when they’ve been able to remain afloat in the standings despite injuries that have affected three of their four lines.

Which, of course, raises the most important question: How does Gaborik celebrate Thanksgiving in a normal year where he wouldn’t have to travel to Arizona? Does the Slovakian even celebrate the holiday to begin with?

“Pretty much every year, someone’s doing Thanksgiving or when you’re on the road you do a dinner or with friends invite people over,” he said. “It’s not really our holiday so, but I’ve been here since I was 18, so I kind of get into it every year.”