20-year-old right-shot defensemam Sean Durzi, acquired from the Toronto Maple Leafs along with Carl Grundstrom and a first round pick for Jake Muzzin, has signed a three-year, entry-level contract. The Mississauga native recorded five assists in Guelph’s four-game sweep of Kitchener and in 35 regular season games split between Guelph and Owen Sound totaled 11 goals and 37 points. An over-ager, the Maple Leafs’ 2018 second round draft pick will play professionally in 2019-20.

I shared below some recent feedback I’ve received from team scouts on Durzi, who has furthered the type of season he’d put together the year before when he shot up draft boards in the second year of his eligibility. He moves the puck at an “elite” level, using very good feet and vision and a poise that was compared to Tom Brady and Peyton Manning in the sense that he grades well at looking off first and second options to find a third option both on breakouts and while pulling strings in the offensive zone. He’s excellent at reading plays and making what were described as “check-downs” and doesn’t force players to wait to get them the puck. This allows him to play at a raised pace both and in transition and from the blue line in the offensive zone, where he’s capable of creating offense. It’s not easy to find players who project as power play quarterback-types in the NHL, but Durzi, 6-feet and 187 pounds, certainly qualifies as a player who makes good reads and distributes the puck well to drive offense.

If your scouting report compares you to @TomBrady and Peyton Manning, you're doing something right@lakingsinsider has what you need to know about @seandurzi, who just signed a 3-year entry-level contract with the @LAKings pic.twitter.com/yLlzAf1hbB

Durzi dealt with injuries this season and last month was hosted by the team at a home game while in town getting an upper-body injury looked at. But he returned for the first round of the OHL Playoffs and will benefit from an extended layoff before the Storm’s second round playoff series against London, which opens Friday on the road. London was the Western Conference’s top team with 46 wins and 99 points, while fourth-seeded Guelph led the entire league with 308 goals scored. Drew Doughty and Dustin Brown are Storm alumni.

Other scouting and prospect news: Former Clarkson Center Nico Sturm, a collegiate free agent the LA Kings (and many other teams) had targeted, signed with Minnesota, the Wild announced Monday. Los Angeles has also looked long and hard at Bowling Green free agent forward Lukas Craggs, whose junior season ended in a 2-1 overtime loss to Minnesota-Duluth on Saturday. … Defenseman Markus Phillips, who the Kings intend on signing, was a plus-four in Guelph’s first round series win but was held without a point. The Kings have been highly encouraged by his ability to transform his game into one with a clear and effective defensive focus while still retaining his puck-moving attributes. … Mikey Anderson is the team’s lone representative in the Frozen Four, which begins Friday, April 11 at KeyBank Center in Buffalo, N.Y. The Kings do not foresee any complications signing him at the conclusion of his season, according to a hockey operations source. He has five goals, 24 points and a plus-18 rating in 34 games with the Bulldogs. … Jaret Anderson-Dolan and Spokane defeated Portland in five games in a first round WHL playoff series. They’ll now face the Everett Silvertips, whose goalie, Dustin Wolf, is a draft-eligible former L.A. Junior King. … General Manager Rob Blake, Assistant General Manager Mike Futa and Director of Amateur Scouting Mark Yannetti took in Game 3 of the first round series between Calgary and Lethbridge at the Scotiabank Saddledome last Tuesday. Dylan Cozens, NHL Central Scouting’s third-ranked North American skater in midterm rankings, scored twice in the 5-3 loss. … Goalie Matthew Villalta and the Soo Greyhounds defeated Aidan Dudas and Owen Sound in five games and will move on to face Saginaw, while Akil Thomas and Niagara dispatched North Bay in five games and will face Oshawa in the second round. Both series begin Friday. … Goalie Jacob Ingham and Mississauga were swept in four games by Sudbury. 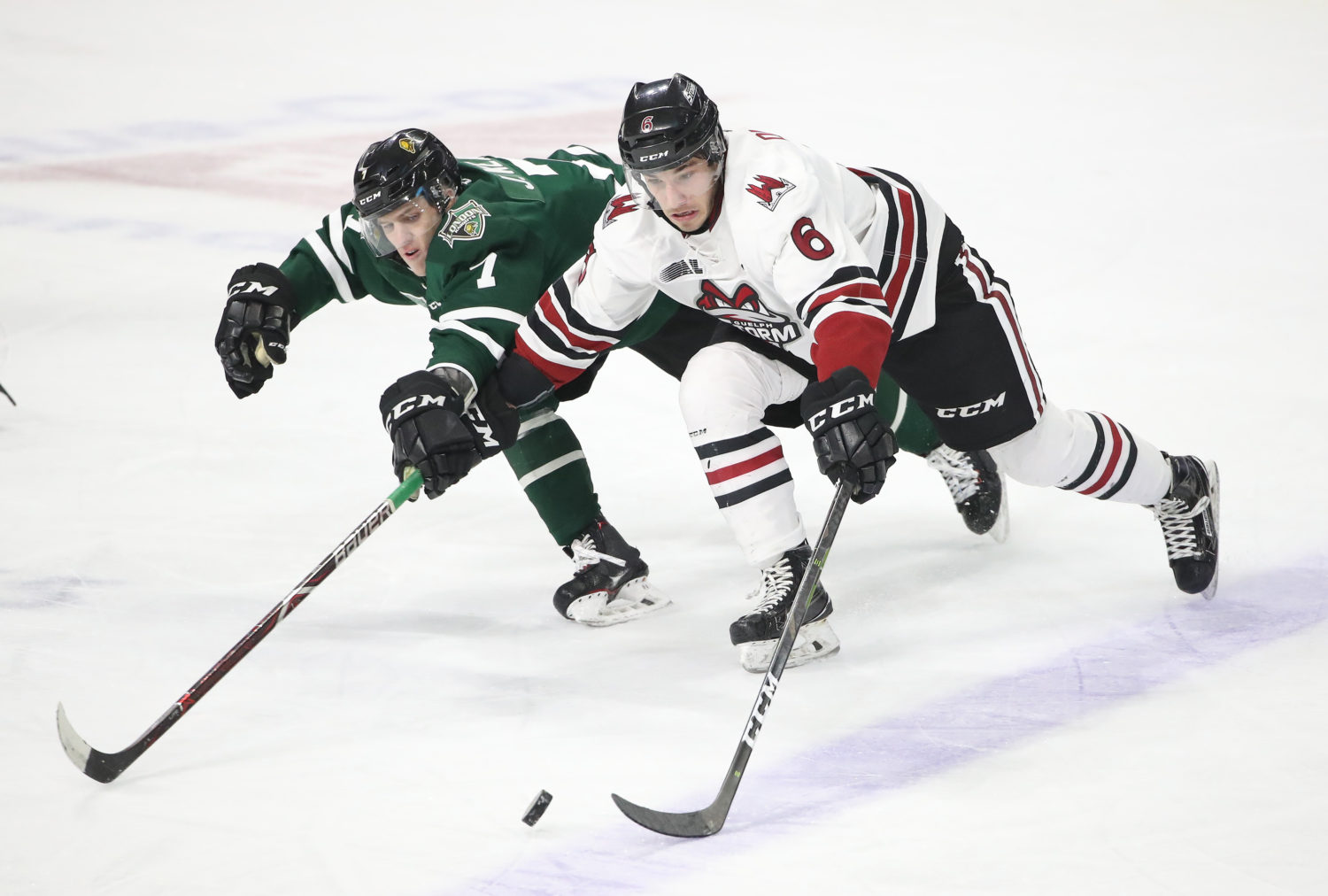