Though they made important free signings in forward Alex Iafallo and goalie Cal Petersen in the 2017 off-season, the LA Kings were also finalists for a number of NHL-ready defensemen earlier in the spring. And though they had signed Oscar Fantenberg that April, the team withheld issuing a press release at the time as to not offer added incentive for highly recruited Neal Pionk or Will Butcher to search for greener pastures elsewhere. But Pionk and Butcher ultimately chose to sign with the New York Rangers and New Jersey – Los Angeles was finalists for both – and as the dust settled on the team’s amateur and international signings that year, they had come away with a young if well-traveled defenseman who earned a mid-season KHL all-star bid the year prior and qualified for the NHL rookie cutoff by only three weeks.

Fantenberg proved immediately to be a useful if not necessarily consistent depth option on the blue line, one strong on his skates and with a bulldog element that has paired with a more mobile game and the ability to make a quick first pass. That, as it is for many first-year players, was on a good day; Fantenberg was playing in the AHL for most of the second half of the 2017-18 season before his Game 2 breakthrough against Vegas in the teams’ first round series.

As evidenced by his performance in recent wins, he has continued to play some of his best and most poised hockey when the team has needed him the most. With injuries to veteran defenseman Alec Martinez and Dion Phaneuf, Fantenberg was excellent during the team’s two-game back-to-back set in San Jose and Vegas and, according to hockey operations, has shown the ability to play reliable minutes at versatile positions and with different partners. “Very steady,” one source said of his recent play.

When a player is playing the right way, good things can happen – such as Fantenberg’s stretch pass that sprung Tyler Toffoli loose for an overtime game-winner at Vegas on Sunday.

In both of last weekend’s overtime wins, Willie Desjardins started the extra session with Drew Doughty on defense, and after a line change, Jake Muzzin, and then Fantenberg.

“He’s a player that can play up or down in that core,” Desjardins said. “Like, he can play up with Doughty on the first set or he can play on any of the units. It gives us some flexibility. It was a great pass the other night he made to Toffoli. He can move the puck well, he can defend well, so he gives you a little bit of everything.”

The minutes are still fairly modest, though they’ve grown. He got into 15:02 in San Jose and 17:10 in Vegas, drops from his 20-to-24-minute range early on the team’s recent Eastern Conference road trip but still clearly ahead of his play-a-few, sit-for-a-few rhythm that had defined much of his NHL stay to date. He’ll play in his 12th straight game tonight, the longest uninterrupted stretch of play since he joined the Kings, surpassing the 10 consecutive games he played to begin his NHL career at the outset of 2017-18. 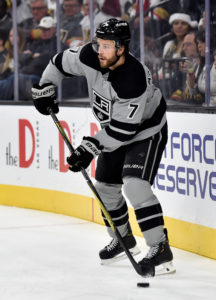 “There’s a little bit that I have to work on — to kill plays and stuff like that — but I think I’ve been doing a little bit better lately,” he said. “I mean, the whole team has been playing better, so it’s a little easier to play well yourself and represent yourself when your team is playing well, too.”

There are perhaps some extra layers of poise and confidence that have yet to be unearthed. Head European Scout Christian Ruuttu noted that “the more and more I was watching [Fantenberg], I was thinking there might be something more there than we think,” during the 2017 courtship, and both coach and player understand that.

“I think there are areas of his game he can get better at still,” Desjardins said. “He understands the game well, and I think he can push himself to another level. I think there’s more there, but for fitting in, he’s done a great job of fitting in in a lot of different places in our lineup.”

He’s still looking to play more in the offensive zone against the opposition’s top players – “if you play in their zone, the tank is empty when they get the puck,” he said – and continue to build his confidence through hard work. It’s one thing to tread water in the NHL; it’s another to be a difference-maker and a player who can help good teams win games. Fantenberg has shown he’s plenty capable of the former, and his recent play suggests that should the Kings part ways with one of their veteran defensemen via trade, he’ll continue to command more of an opportunity and play for his next contract. Signed to a one-year, league-minimum deal in the 2018 off-season, Fantenberg would become an unrestricted free agent should he and the team fail to come to terms on a new contract before July 1.

But that’s not his central focus. Rather, Fantenberg wants to show that he’s improving and that there’s more there, even at an “advanced” developmental age. There’s no question he’s one of the players that practically has to be pried off the ice at the end of practice. It’s an interesting choreography between a player who has already given the team value and wants to build on his accomplishments and break free from the previously established sometimes-in, sometimes-out status quo.

His points are still muted. Because his would-be goal in San Jose was called back due to a goaltender interference judgement, he still has just one assist through 25 games. But despite scoring that’s not quite as pronounced as his .33 points-per-game last year, these past two weeks have shown that there are varied parts of his game that are coming together when they’ve been needed the most. 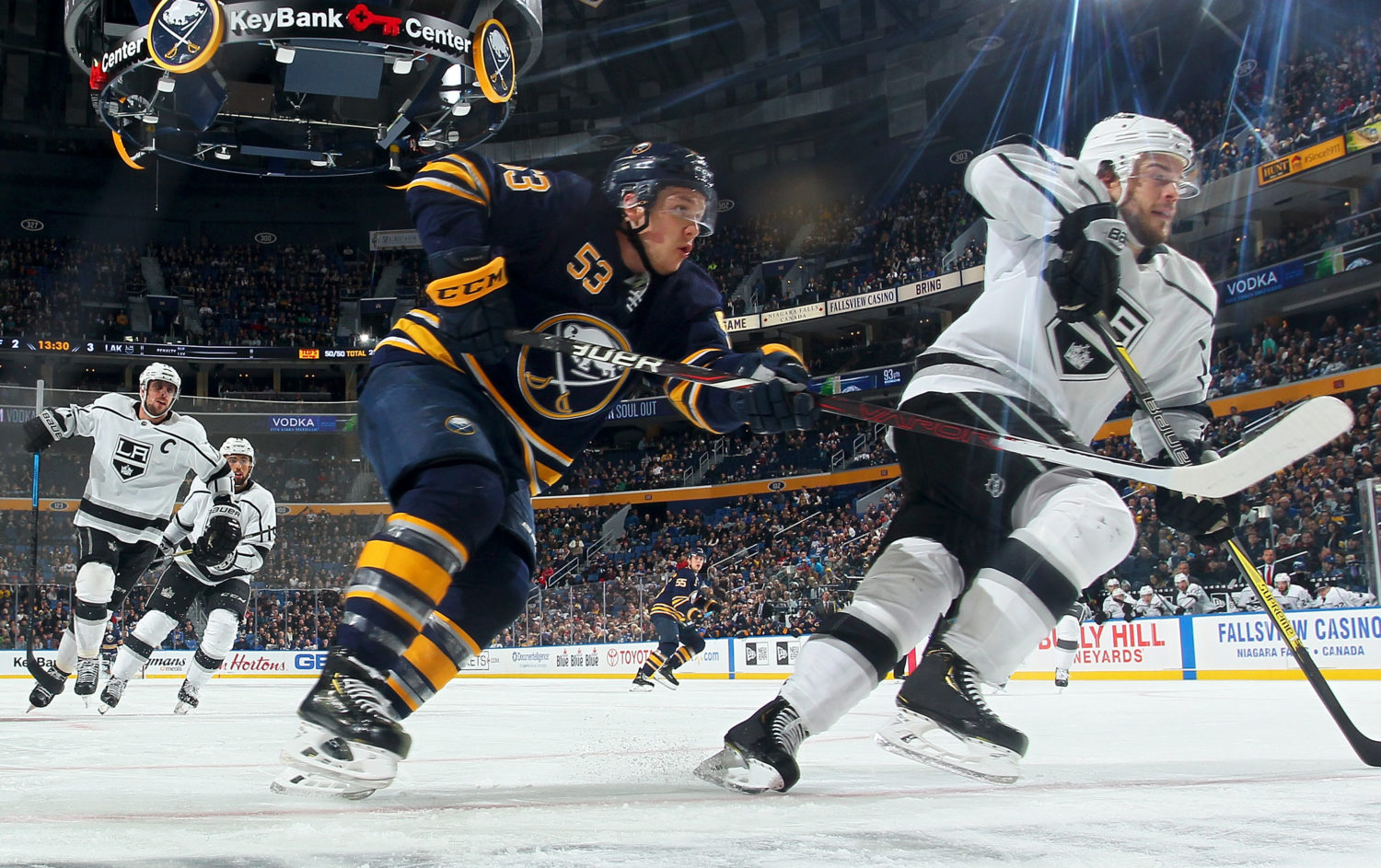