INSIDERS. A very happy Saturday afternoon to you. A reminder that tonight’s Hockey Night in Canada game begins at 7:00, with puck drop set for 7:10 (FOX Sports West / FOX Sports app / LA Kings Audio Network). The LA Kings must have set their watches to Viking Standard Time when they took the Toyota Sports Center ice well before 10:00 a.m. and aligned as such:

–The vitals: Jack Campbell left the ice first and is projected to start in goal. He has never faced Calgary in his career. Paul LaDue and Matt Luff remained on the ice for extra work with Gabe Vilardi and Peter Budaj, so they’re not expected to play. If there’s an alteration to the group listed above, it would be a Phaneuf/Forbort swap on the left side of the defense. I did see several loops late in the skate in which Derek Forbort and Drew Doughty were paired together.

–Their vitals: David Rittich will make his 30th career NHL appearance; this will be his first against Los Angeles. Mike Smith has struggled to start the year but is expected to get the nod Sunday in San Jose. Yesterday, the Flames aligned with groups of Gaudreau-Monahan-Lindholm, Tkachuk-Backlund-Neal, Bennett-Ryan-Frolik and Hathaway-Jankowski-Czarnik up front with Giordano-Brodie, Hanifin-Hamonic and Valimaki-Andersson on the back end, per Derek Wills of Sportsnet 960. Dalton Prout, Michael Stone and Anthony Peluso appeared to be extras. Dillon Dube is on injured reserve with an upper-body injury.

–Willie Desjardins on Paul LaDue, who dealt with an upper-body injury two weeks ago and has gotten into only one game since the loss at Ottawa on October 13: “He’s a good young player. He’s close. He’s a guy we could probably put in. But it’s a situation where you’re trying to build confidence a little bit in the group you have in there, too. It’s always a fine line on who to put in and who to pull out, but I like the way he plays, I like the way he moves.”

–Desjardins has watched a lot of video and still has a good feel for the offensively-minded Flames. “I honestly was pretty impressed by them,” he said. “Their D are good, they’re pretty mobile, and I think they create a lot off their forwards. Their forwards are jumping, and they’re always thinking attack. They’re an attack team, and you have to be ready to defend against them, for sure.”

You also have to be ready for the league’s best overtime team. Already 2-0 to start the season, Calgary is a league-best 27-11 in games decided in overtime since the switch to the three-on-three format in 2015-16, and their .711 winning percentage has surpassed Los Angeles’ .688. The Kings’ 33 wins are the most by any team since the three-on-three switch, but no one on Los Angeles can touch Monahan’s 10 overtime goals since 2013-14, not even Jeff Carter, who has nine over that span.

“He’s just a good player,” Desjardins said of Monahan. “He’s a big all-around player, he’s smart, and he’s a good two-way player. He’s not just an offensive player. He’s got good size in his D zone and he works hard, and I think he’s a good team player, too. He plays hard for the team.”

–Notes on tonight’s Salute to Service celebration:
* More than 600 military members and their families will be invited to attend the Kings-Flames game through Seats for Soldiers campaign.
* Red, white and blue ribbons will be added next to team partner logos on the dasherboards at STAPLES Center.
* One hero from each branch of the United States Armed Forces, as well as a Canadian Armed Forces member, will be honored as the Heroes of the Game, presented by BELFOR Property Restoration.
* With the help of LA Kings wives, March of Dimes and the USO, more than 30 expectant couples stationed locally will be treated to a Military Baby Shower in a decorated and catered STAPLES Center suite.
* Learn more about Kings charity partners by visiting their informational booths on the main concourse.
* Camouflage LA Kings warm-up jerseys will available for auction on the day of the game exclusively through the Kings game-night mobile auction. To view the auction visit LAKings.com/auction or text the keyword KINGS to 52182.
* Military themed Mystery Pucks will be available for sale from the Kings Care Foundation Booth for $25.
* Fans will receive 76-50/50 raffle tickets with $20 purchase in honor of 1776, the year the United States was founded, to celebrate Salute to Service Night.
* Fifteen local Active Duty Air Force members were invited to watch the team skate today at Toyota Sports Center and tour the team’s training facility.

–More to come later today, including some discussion from Desjardins on a push to keep shift length shorter. “If you look at teams’ regular season shifts, and then you look at their playoff shifts, their playoff shifts are always shorter, and that’s because the intensity of the game goes up, and I think we have to bring our playoff game right now,” he said. The word on the street is that Dustin Brown will be the After Hours guest on Hockey Night in Canada. Officials are referees Ian Walsh and Gord Dwyer and linesmen James Tobias and Ryan Gibbons. Daniel Emmet will perform the national anthems. Let’s talk soon, Insiders.

Kyle Clifford, on the Kings-Flames rivalry:
It’s definitely grown over the years. It gets pretty heated. They’ve got some hard, skilled players, and we do as well, so it’s always a good battle.

Clifford, on the emotion in Kings-Flames games:
I think the big thing is it’s a division game. They’re always big. They’re always filled with emotion. You look at the standings right now, we have some ground to gain, and you look at the position they’re in, and they’re trying to make some separation, so it’s definitely going to be an exciting game.

Clifford, on whether Calgary still likes to push the pace with mobile defensemen:
They’ve got some good D men. I actually played with TJ Brodie, and he can wheel, and they’ve got afew guys like that. It’s just things that you’ve got to be aware of and expect. 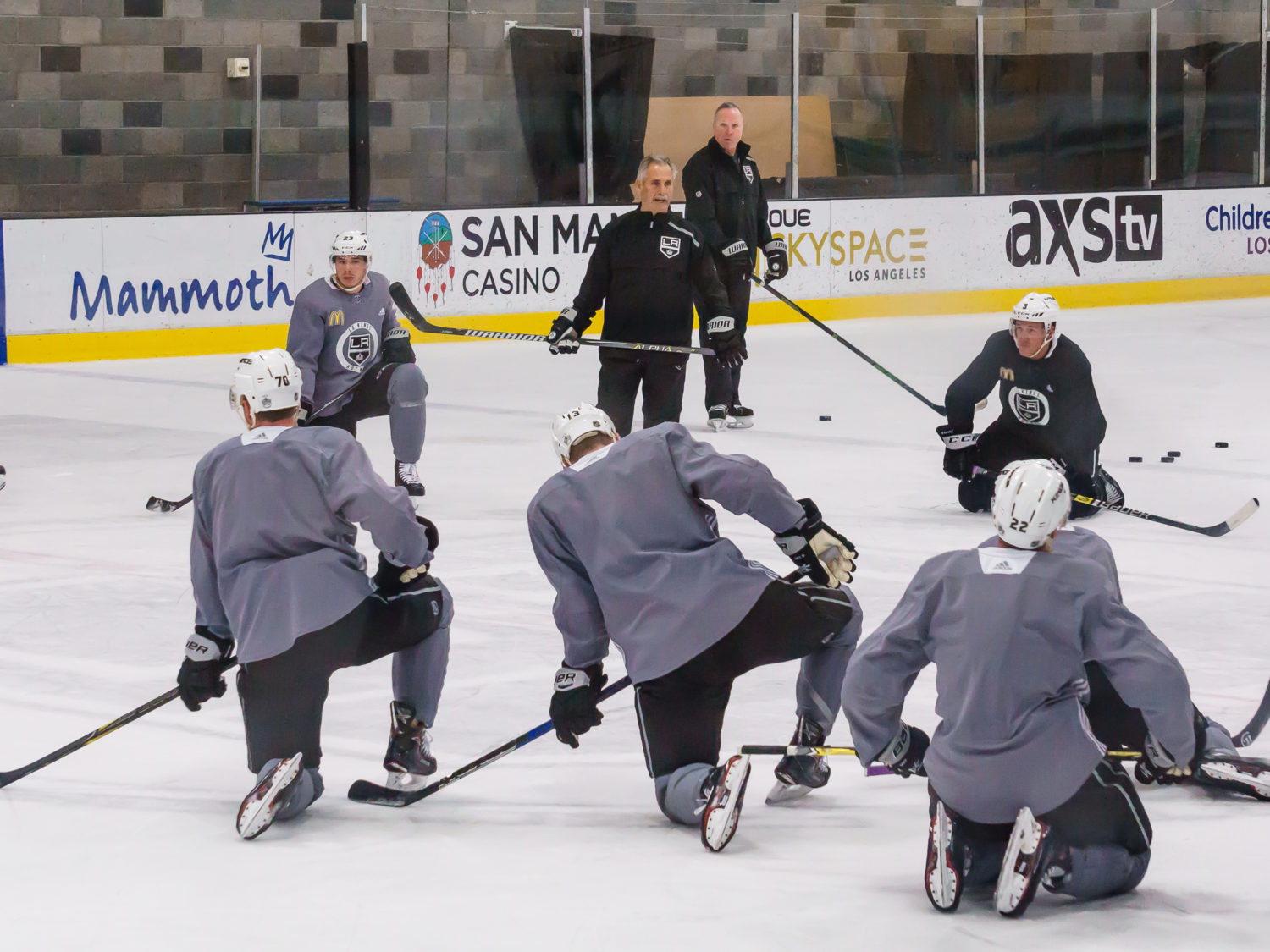 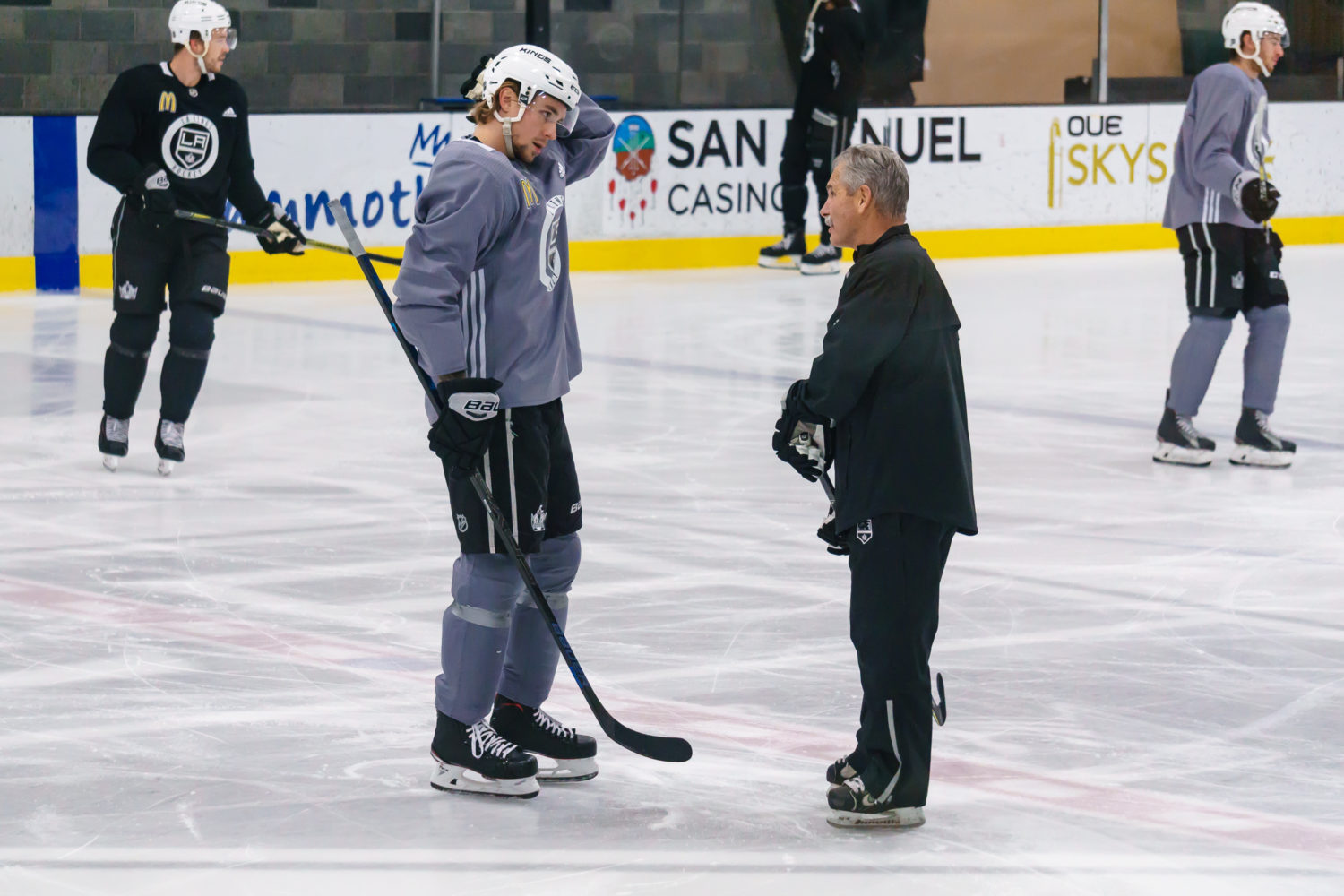 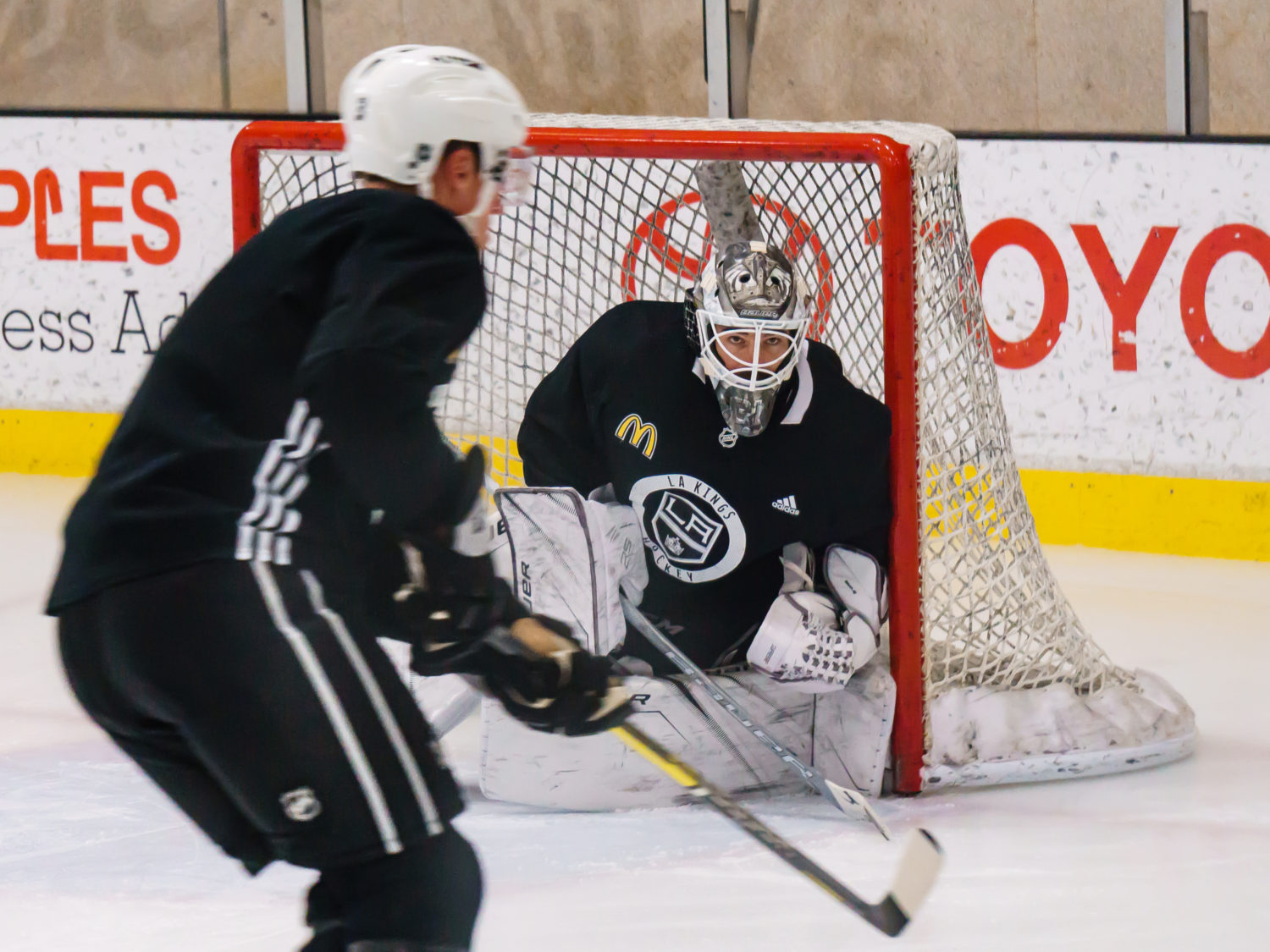 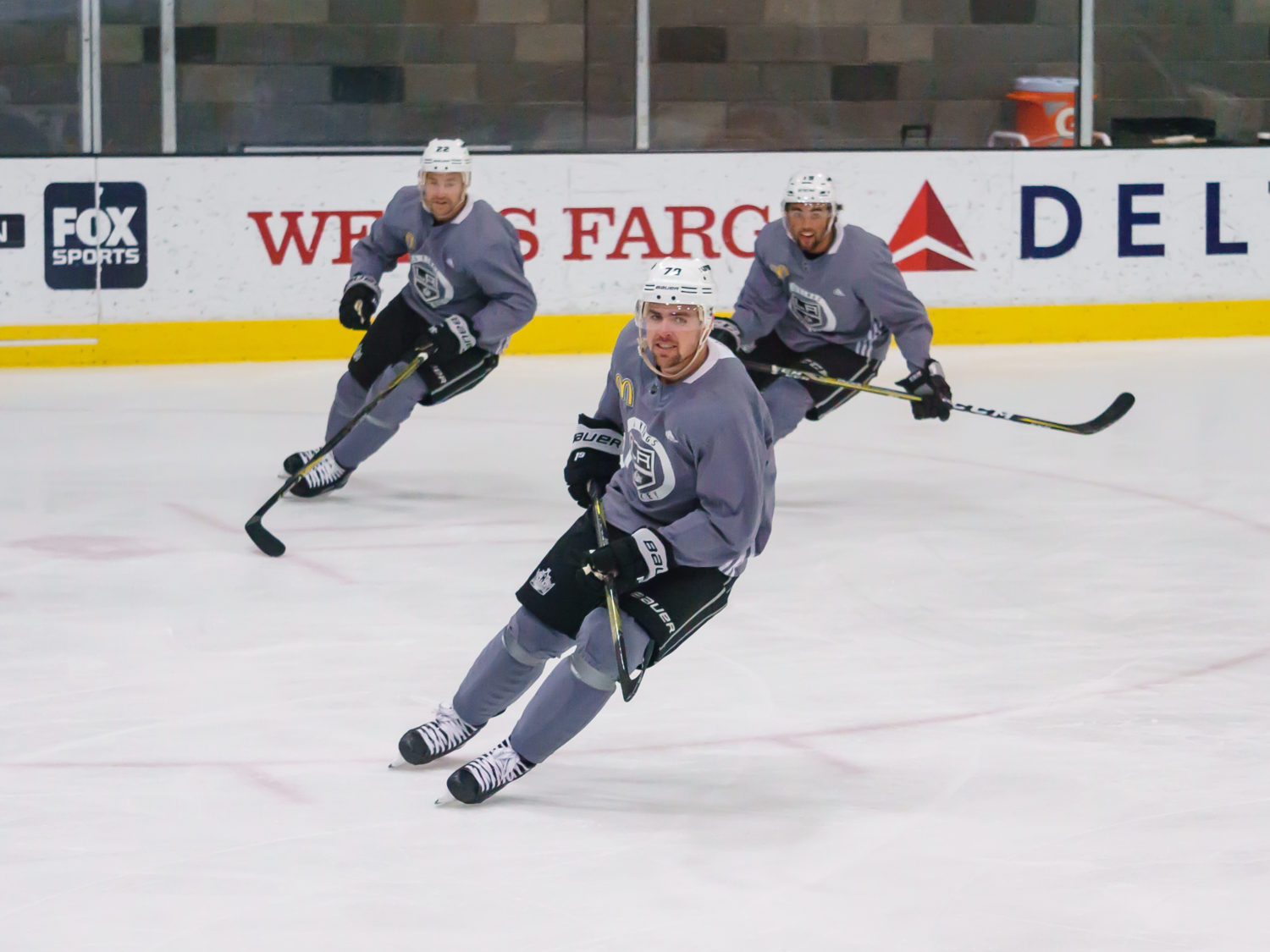 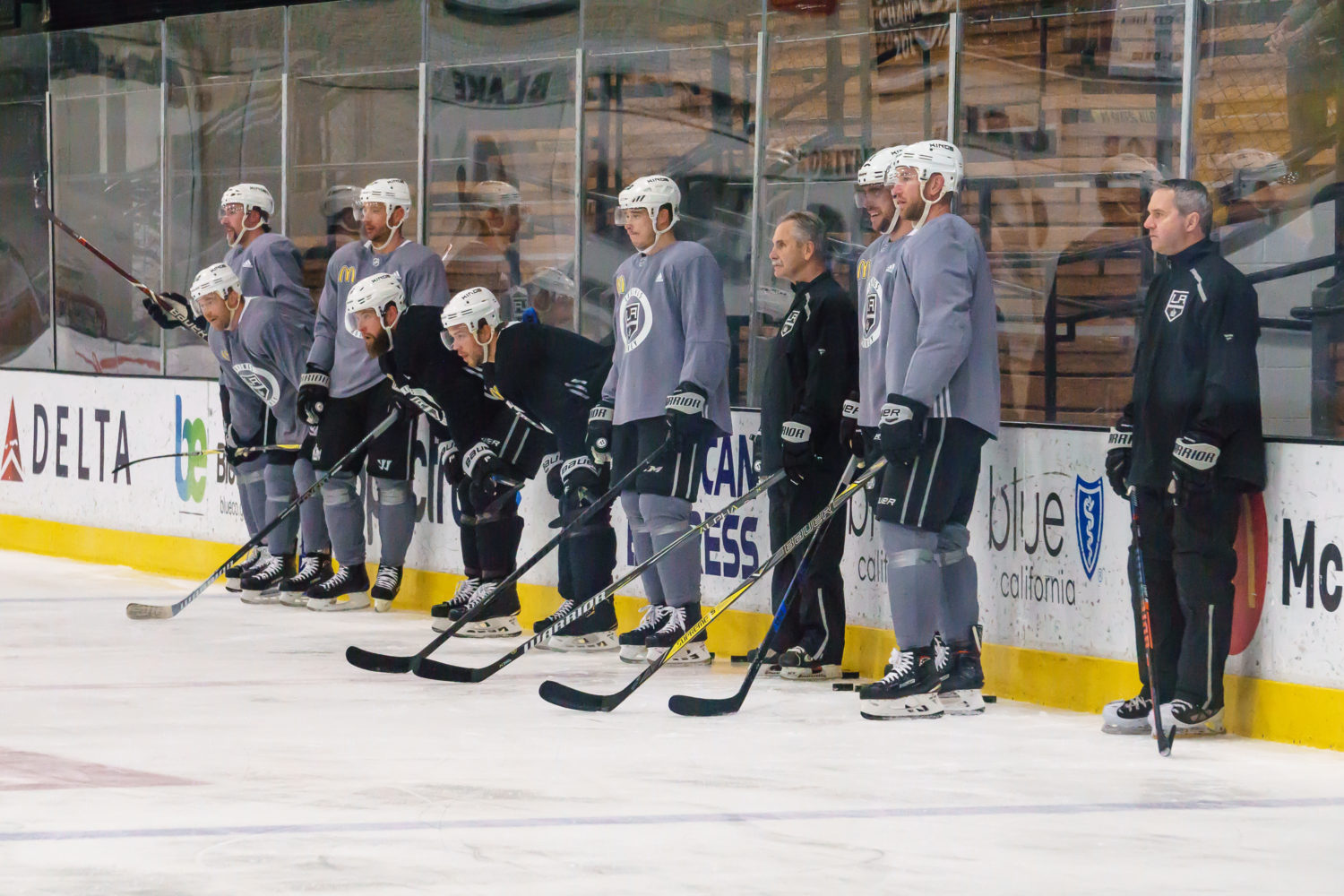 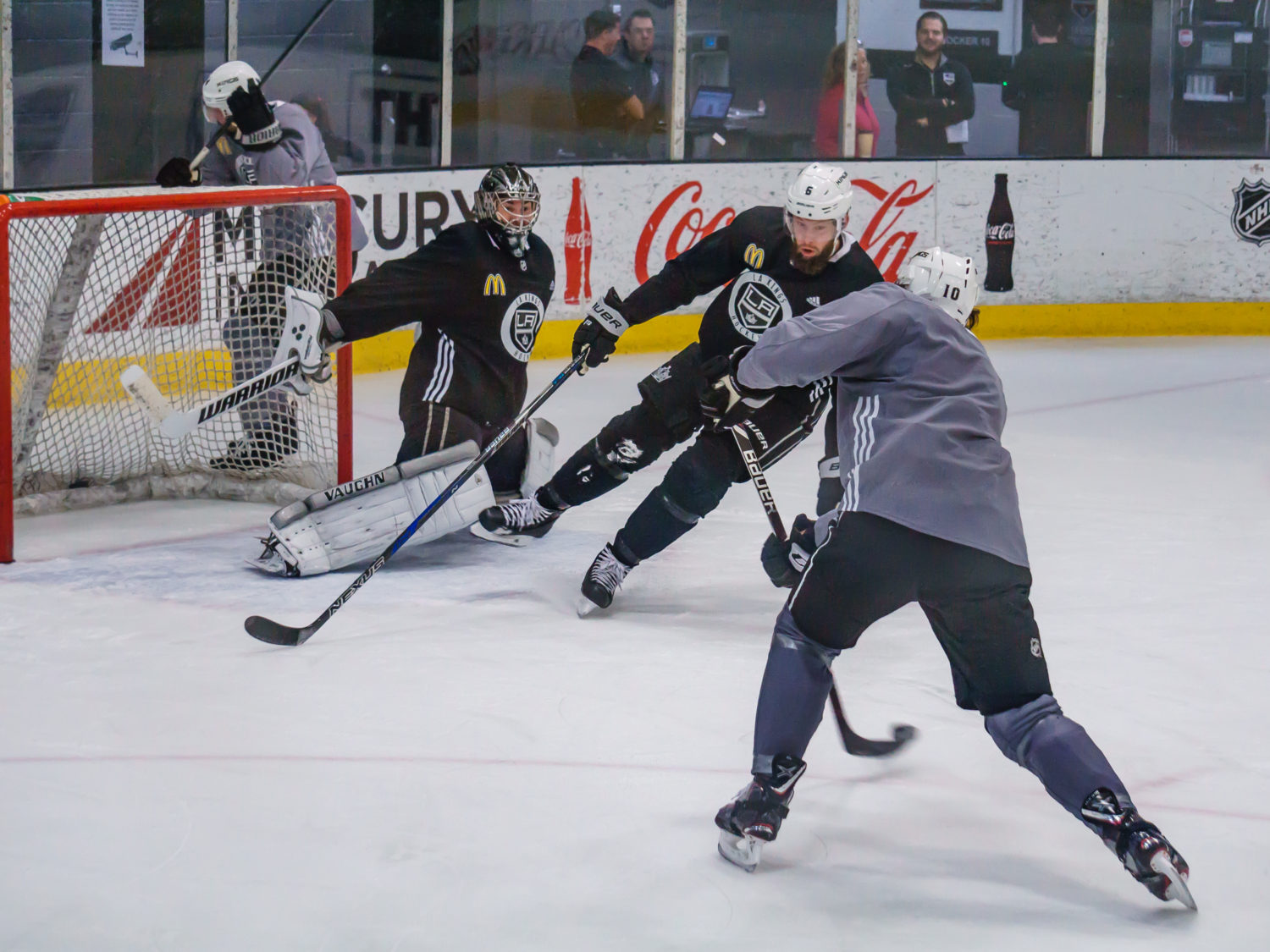 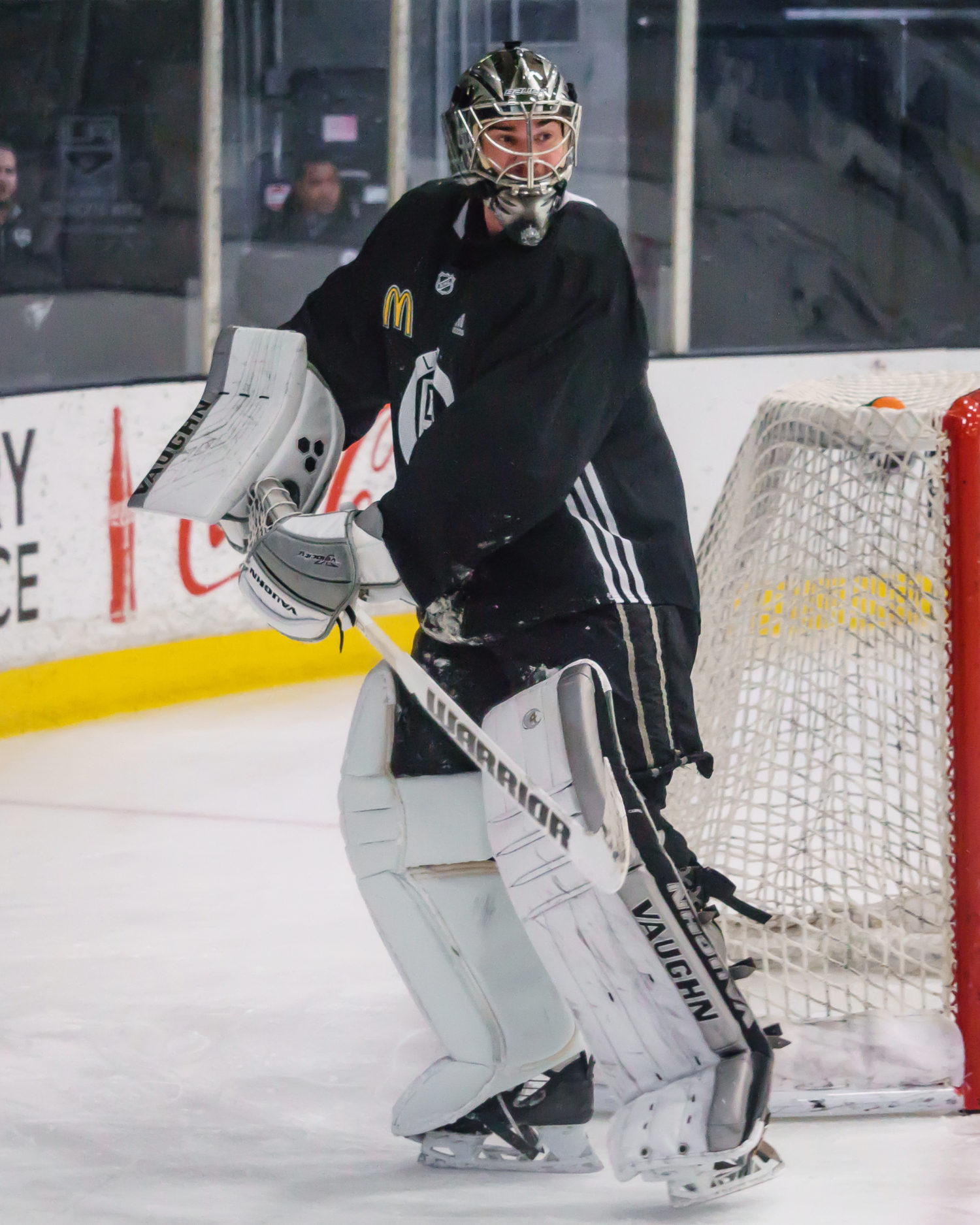