MURPHY’S LAW | Remeber Murphy Stratton? He was the Los Angeles native and former Junior King who attended development camp on an invite last month after his championship season with the BCHL’s Wenatchee Wild. Though the BCHL is a prime pipeline towards NCAA programs, Stratton was coming off a season spent with the WHL’s Calgary Hitmen, a major junior team that would make him ineligible to play in college. Or so we thought! An infrequently used transfer process was kickstarted when Stratton’s representation began communicating with the NCAA and individual programs, per Brad Elliott Schlossman of the Grand Forks Herald. Ultimately, the NCAA ruled that after a transfer period, he’ll be eligible to play in college. Stratton has since committed to playing for North Dakota.

Stratton said the NCAA told him that his penalty for playing 45 games in the WHL will be one year and seven games.

He will be with UND for the 2019-20 season, but will be ineligible to play. He will be allowed to practice and travel with the team.

Stratton, who won a Pacific District Title with the Junior Kings 16U AAA team in 2015-16, will be eligible to play for North Dakota through his 23-year-old season in 2022-23. He attended Windward School before leaving for Calgary and was a few months shy of his 13th birthday when his dad took him to Game 6 against New Jersey in 2012. An avid golfer, he’s actually hit the links with Anze Kopitar a few times. “Other that how far he can drive the ball, I love watching how he plays hockey,” Stratton said at development camp.

LA HOCKEY | More local kids doin’ good! L.A. native Ivan Lodnia, who played for LA Hockey Club and Wildcats Hockey Club (now the Junior Reign), drew some notice at Minnesota’s development camp, where The Athletic’s Michael Russo penned a promising write-up. “You can just tell that he is one of those players that really wants it. He loves to have the puck on his stick, and if he doesn’t have it, he works his tail off to go and get it. All throughout practice, I never saw him take a single drill off,” Russo wrote. Click here for more ($) on Lodnia, selected in the third round by the Wild in 2017.

SUMMER SHOWCASING | A pair of LA Kings prospects are have moved onto Canada’s world juniors radar:

Phillips, selected in the fourth round in 2017, is coming off seasons in which he netted 13 and 10 goals as a left-shot defenseman at OHL-Owen Sound and is poised to enter his 19-year-old season in a prime leadership position with the Attack. He captained Canada’s Men’s Summer U-18 Team at the 2016 Ivan Hlinka Memorial Cup and has also worn the Maple Leaf at the 2016 U-18 World Championship and the 2015 World U-17 Hockey Challenge.

Thomas, a second round draft pick in 2018, is coming off a 68-game, 22-goal, 81-point season with OHL-Niagara. Like Phillips, he has experience representing Canada at the U-18 World Championship, the Ivan Hlinka Memorial Cup – where he won gold last summer – and the World U-17 Hockey Challenge. As an 18-year-old joining the selection camp as a potential under-age option, this invitation bodes well for his efforts to make Canada’s roster for the 2020 tournament.

Five of the 43 players on Canada’s summer showcase roster are Kings draft picks. Arizona has four picks invited to the camp; Detroit, Ottawa, Pittsburgh and Edmonton have three. The eight-day showcase takes place at the Sandman Centre in Kamloops, B.C. from July 31 and August 4 and features preliminary Canada, United States, Finland and Sweden national junior teams that will compete at the 2019 World Junior Championship from December 26 to January 5 in Vancouver and Victoria, B.C. 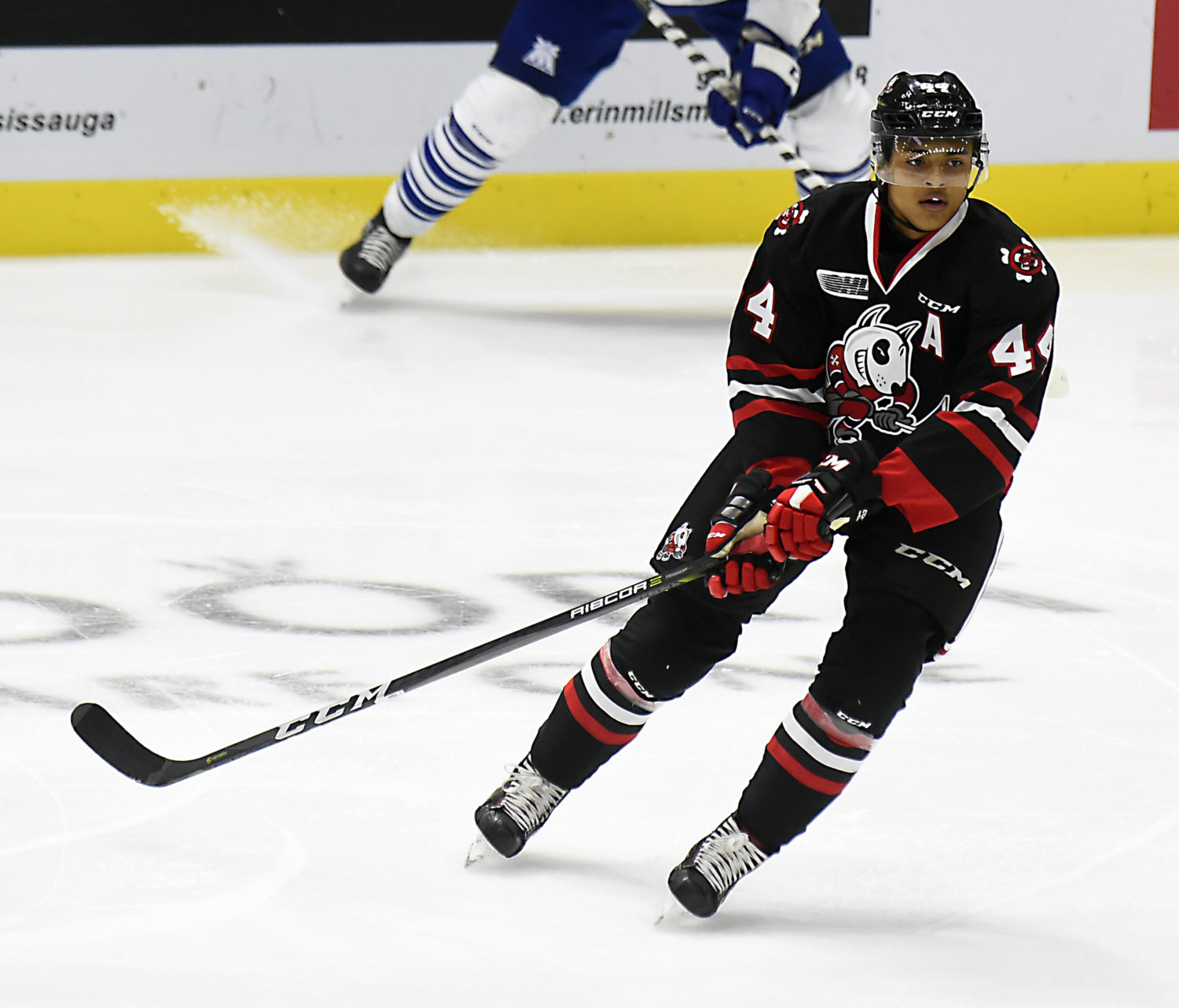 MITCHELL MOVES ON | Torrey Mitchell will put his French to good use after signing a one-year contract with NLA-Lausanne. Acquired on Thanksgiving Day to bolster experience, skating and versatile depth, Mitchell largely turned in fine minutes in a speed-checking role, totaling six goals and 11 points in 49 games. If this is the end of his NHL road, the Greenfield Park, Que. native amassed 152 points (67-68=152) in 666 career games with the Sharks, Wild, Sabres, Canadiens and Kings. Sadly, he won’t play with Kings alum Cristobal Huet, who retired from Lausanne and professional hockey this past spring after a 24-year professional career. Huet, who left the NHL for Switzerland prior to 2010-11, has a lengthy Elite Prospects rap sheet:

The best of luck going forward to Mitchell, who starred at Hotchkiss and spent three seasons along Lake Champlain at the University of Vermont before starting his professional career in the San Jose organization.

BUCHBERGER COACHING | Kelly Buchberger, who since his playing days spent 12 seasons coaching and working in development with Edmonton, and the 2018-19 season as an assistant with the New York Islanders, has moved on to become the head coach of the WHL’s Tri-City Americans. While Buchberger did fill an important energy role on some exciting Kings teams after a March, 2000 trade with Atlanta that brought him to Los Angeles alongside Nelson Emerson for Donald Audette and Frantisek Kaberle, he’s most known for his 795 games (and 1,747 penalty minutes) with Edmonton, with whom his name was twice inscribed on the Stanley Cup.

You ask: Is this “news story” really just a front to reference the February 28, 1990 game at The Forum in which Buchberger figured prominently in multiple episodes that resulted in an NHL-record 85 penalties?

There’s a larger, Bob Miller and Nick Nickson-narrated clip of that game that also includes the Tomas Sandstrom injury that catalyzed the evening’s hostilities and an entertaining call of Petr Prajsler’s gloved punch on Buchberger. It is a very good way to kill 15 minutes on a slow summer day. Bill Ranford stopped 26 of 29 shots for Edmonton on a night in which the teams combined for 354 penalty minutes and were sent back to their dressing rooms with 3:22 remaining in the second period. Buchberger, a veteran of 1,182 NHL games, appeared in 19 of the Kings’ 24 playoff games from 2000-02.

EYSS OF SPADES | Mikey Eyssimont, who along with Jaret Anderson-Dolan and Gabriel Vilardi formed an effective line at development camp, drew some notice in Da Beauty League, where he showed his skill level off earlier in the week:

KINGS CARE | The 10th annual Taste of the South Bay returns to the Shade Hotel in Redondo Beach on August 23. Click here for tickets and more information.

QUICK POD | Finally, this is a really great chat between Jonathan Quick and Brandon Steiner, a sports marketing and memorabilia executive: