Nominees for Los Angeles Area Emmy Awards were released today, with LA Kings Production and FOX Sports West/Prime Ticket combining for nine nominations across eight categories for work airing in 2017. Among the nominations was Patrick O’Neal’s nod in the Outstanding Sports Reporting category.

Miller was presented with the Governor’s Award at last year’s ceremony, though the Kings and FOX Sports West/Prime Ticket were shut out in other categories in a year in which tributes to Vin Scully and Kobe Bryant combined for 11 wins and even more nominations.

It was also shared Tuesday that Chris Calleton of FOX Sports West/Prime Ticket won an Emmy for Outstanding Graphics. The winners will be presented with their Emmys at the at the 70th LA Area Emmy Awards on Saturday, July 28, 2018 at the Television Academy’s Saban Media Center. 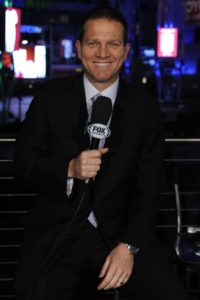