Angeles Analysis – Reversing Some Of Those Trends 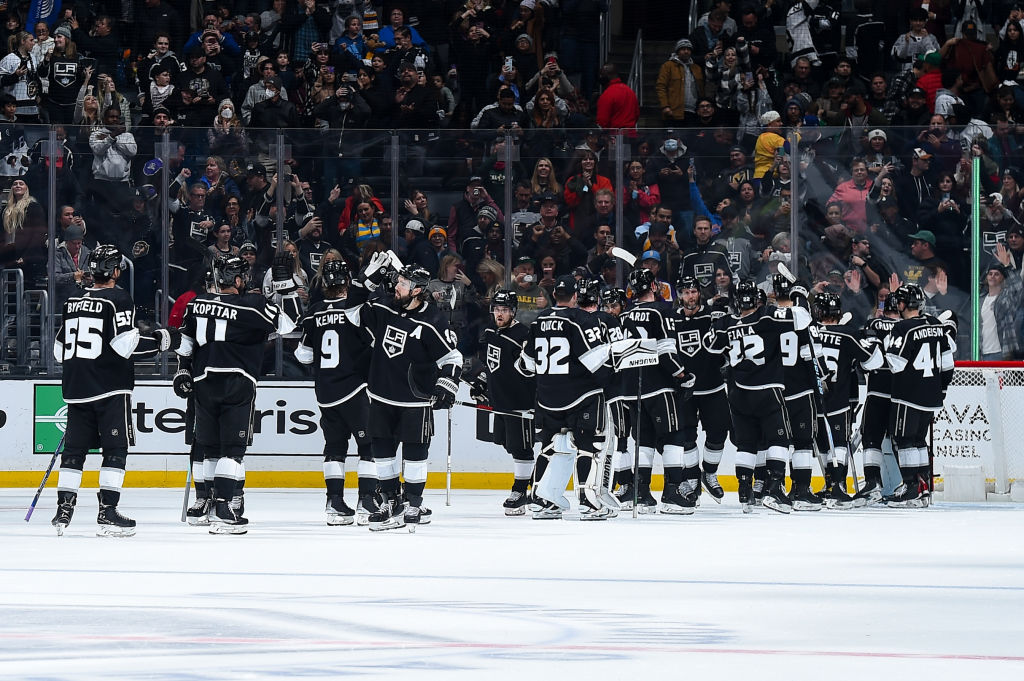 “We knew how important this stretch was, we definitely saw that we had this stretch against Boston, Dallas, Edmonton, Vegas, a lot of good teams, we knew how important it was,” defenseman Drew Doughty said last night. “We did give up a couple of games to some teams lower in the conferences, but we stepped up against these big teams. This is, I wouldn’t say fully say feeling like playoff hockey, but the urgency is there and the team game is there, players are stepping up to the plate. I think everyone is playing well over this stretch, that’s the main thing is every single player in the locker room was playing really good hockey. That’s why we’re winning these games.”

That latter notion above has also factored into the team’s performance against divisional and conference opposition. The Kings are currently riding a 13-game point streak against teams in the Western Conference (10-0-3), including a 9-0-1 record from their last 10 games. Overall on the season, the Kings are 16-6-4 versus the Western Conference as a whole and eight of those wins have come within the Pacific Division. A season ago, the Kings won just 12 games against Pacific Division opponents and they’re nearly all the way to that point despite having just shy of 40 games left on the schedule.

Last season’s Kings feasted against the Eastern Conference, with a 23-6-3 mark driving the team’s push into the postseason. The Kings had 23 victories against the Eastern Conference, which accounted for more than 52 percent of the team’s overall wins on the season, despite those games comprising less than 40 percent of the team’s slate of games. The Kings have been drastically better this season when playing in these “four-point games” if you want to call them that, the games like wins over Vegas and Edmonton that meant two points for the Kings and two points not gained by the Golden Knights or the Oilers. It wasn’t necessary for the Kings a season ago to get those points, as they qualified regardless, but it certainly helps.

“We want to climb in the division and these games are very important, they’re four-point gamex,” forward Kevin Fiala said. “That’s what we said here, we want to keep climbing. Vegas is number one right now, so that was a huge game for us.”

There’s also the notion of how well the Kings are playing right now on home ice. The Kings were one of the NHL’s best stories on the road last year, as they earned at least a point in 30 of 41 away games last season, the top mark in the Western Conference and one shy of the most in the NHL. The opposite end of that was the team’s performance at home, which saw them collect a point in 25 of 41 games, was the fewest mark of any team that qualified for the playoffs. In that regard, the Kings have flipped the script as they’ve skated to one of the best records on home ice to date.

With last night’s win, the Kings improved to 13-7-2 at Crypto.com Arena, good for 28 points in the standings. Strictly looking at points earned, that’s the sixth-best total in the NHL so far this season, with 19 games still to be played. The Kings are also tied for the sixth-best power play in the NHL at home this season at 28.6 percent, a total that was certainly bolstered by last night’s four-goal output. The team has noticed a better performance here in Los Angeles and it’s showing up in the standings.

“We’ve always been a good road team and going back to last year, I remember we talked about it that we had to become a better home team for sure, that’s where you should win most of your games,” forward Adrian Kempe said. “It’s obviously a good thing that you’re good on the road and you can steal games, but I feel like we have a lot more confidence playing at home now. Even if we’re down, even if we play good teams, I feel like we’re confident at home and I feel like when teams come in here, they respect us and expect our best game.”

Trends are trends and those trends are once again put to the test in some way tomorrow, when another divisional and therfore conference opponent awaits as San Jose visits for the final game this season. The Kings once again opted not to practice today, coming off a win and with an every-other-day stretch of games here ongoing into tomorrow. Will have a look at the success of the first power-play unit last night, with Kempe, Fiala and Doughty all weighing in on a four-goal output. More to follow later on today!