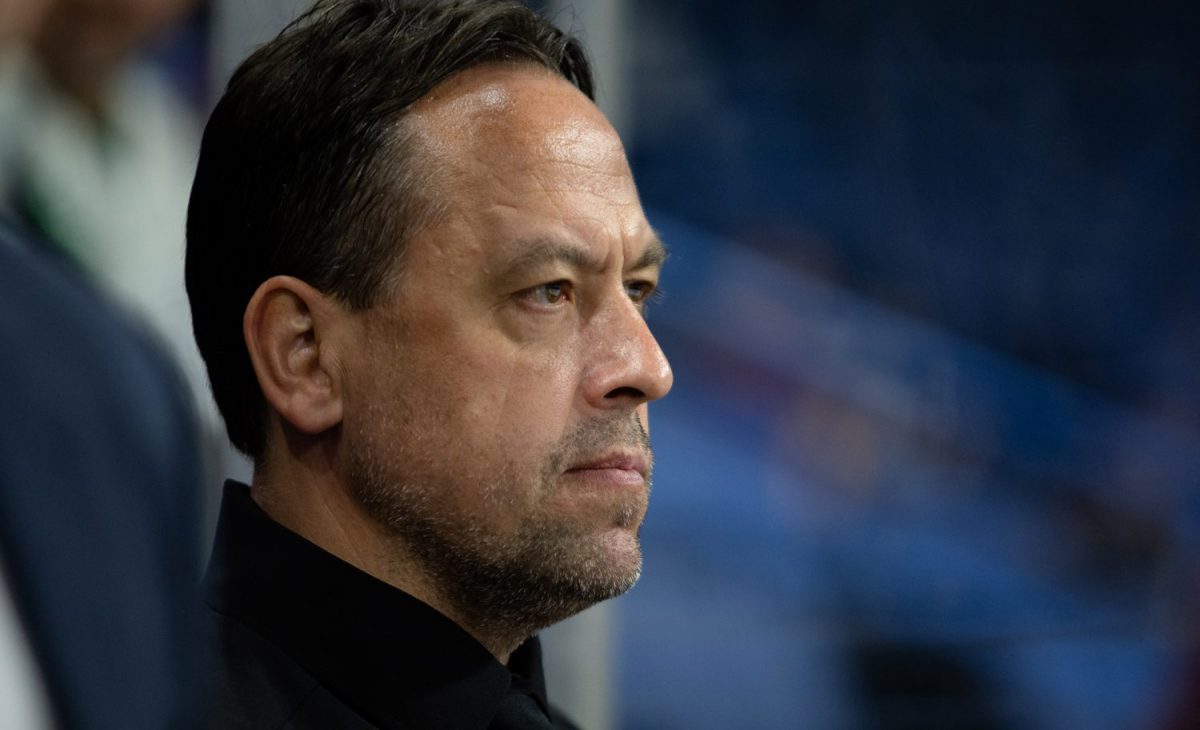 After suiting up for nearly 1,000 NHL games as a player and spending three-plus seasons as an assistant coach in Los Angeles, Marco Sturm is still a work in progress.

Since first joining the Kings in a management capacity back in November 2018, Sturm has made one thing clear — his eventual goal is to be a head coach in the National Hockey League.

A first-round pick of the Sharks back in 1996, his initial taste of the coaching bug came on the international stage when he joined Team Germany in 2015. Spending time in various roles at a myriad of levels within that program laid the foundation for his initial foray into the profession. During his time in LA, he helped the Kings go from a lottery team to returning to the postseason. Then, his big break came last summer when he was tapped to take over the organization’s top minor league affiliate in Ontario.

And it’s been quite an adjustment in a rather quick timeframe.

“When I started as a player, I never spent time in the minors,” explained Sturm. “Even coaching-wise, I came to the NHL right away. So coming down here, there’s a reason why players are here, they’re young and stuff like that. That’s a challenge, yes. I’m so used to having good players and where everything should work out automatically, exactly how I want it. It’s a little different here. I have to show them. I have the teach them and explain a little bit more than in the NHL. But I had that a little bit with the national team, so it’s not like it’s totally new. But I feel like it’s starting all over again and it’s fun; I like it.”

Not knowing certain aspects of your new job comes with the territory in nearly every profession, yet that hasn’t seemed to slow Sturm down one bit.

“He’s his own man and he’s in a good spot” Kings Head Coach Todd McLellan said, with a healthy dose of support for his AHL counterpart. “I think he’s adapted to all the other stuff that goes with coaching; being the head coach versus an assistant coach, there is a lot of a lot of things that you don’t even throw on your resume or you’re not even aware of that pop up on a daily basis. Whether it’s meeting with [Reign GM] Richard Seeley or dealing with the media, agents have requests, players want answers, the motivating, the poking, the video sessions. You’re responsible for all of them and you’re on all the time.”

Even though it’s only been a few months into this chapter of Sturm’s journey, there’s been a noticeable change in Sturm from September until now. His confidence as the Reign bench boss is starting to shine through now, compared to when he first stood behind the bench during the NHL Rookie Faceoff. It’s an observation that McLellan agreed with when asked about it recently, it’s also a point GM Rob Blake has observed, as well.

“Part of that decision was, Marco wants to be a head coach at the highest level he can get to, But you have to start by being a head coach,” said Blake, referring to the move last June that saw Sturm go from an NHL assistant down to the AHL. “I’ve seen that [shift in his confidence], but what I like about the situation right now is the relationship between him and Todd; how much they meet during the week and everything. I think it’s because they had that relationship on the same staff here a year ago.”

In the AHL, Sturm has to balance his thoughts and ideas, along with those of Blake and McLellan. To date, he says that hasn’t really been much of an issue, even while he continues to adapt on the fly.

“The good thing is, with the Kings organization, we’re on the same page system-wise,” Sturm noted. “That’s exactly how I want us to play too. I believe in that system and whatever Todd does with the Kings. We’re on the same page, including all of management. I think that’s the biggest thing and that’s a plus. But, yes, the biggest challenge is having guys up and down, not having the same lineup for every game. Those are the challenges I’m not used to, just letting players play or [sitting guys] who maybe I wouldn’t play. Those are some of the little things, but that’s part of being in the minors too.”

He also admitted to being more comfortable in the role today, as opposed to when he took over a few months back.

“Sure, some things have been new to me, but I’m slowly getting into it,” Sturm humbly added. “There wasn’t a specific turning point, but I definitely felt like the head coach here after two three weeks. You get more relaxed, you know the players more, you know what they can do. Everything around me was new. I had been here [to Ontario] once. Even the traveling, on the bus and all that, it’s all good and I don’t care, but it was new. We are very lucky. They treat us well, but of course it’s not as high class compared to what you have in the NHL. It was a change and at the start there were a lot of new things I had to learn. I just took it day by day. Now, I know a lot more around here, so that definitely helps.”

One element that has remained fairly constant is his communication with McLellan, even if it happens now on a different schedule and rhythm compared to when they were both behind the bench in Los Angeles.

“When you’re away from them for a little while — like when we go away for 10 days and come back — it’s still a little different,” remarked McLellan. “Marco’s done a tremendous job so far, though. It’s interesting when we have those conversations, it’s a little bit different, but I think he really enjoys it.”

Worrying about 22 or 23 players on the Kings roster isn’t all that McLellan focuses on in his role. He also keeps a keen eye on what Sturm is up to with players down in Ontario.

“This is about as close of a relationship that I’ve been around, with the NHL and the American League coach,” said McLellan. “We’re 15 feet away, but also because we’ve been on the same team before. We’re always on the same team and in the same organization, but we rode planes with him, he understands our emotional level, we understand his. When he speaks or I speak, I think we can sense the urgency in or the casualness in the conversation. It happens regularly. [For any player] down there, there’s regular review. We watch — we do watch — every minute is watched; not always by our coaching staff, but we’ll look at goals against. We can be preparing for a game, if they played at three o’clock, we’re watching their game. It’s on in the room. It’s not out of sight, out of mind. It’s next door and in mind.”

That fluid approach has allowed for Sturm’s growth to take on more of an organic feel this season.

“It’s very important to have that relationship with the minors and the big team,” Sturm added. “As a coach, we always want to know where everyone is at [in terms of performance]. And I’m the biggest McLellan fan out there. I learned so much from him. We communicate frequently. When somebody is sent down, he’s in my office two minutes later. That’s good; he gives me a lot of information. Other days, I’m over there, so it’s good. It’s a healthy relationship that we have and it’s important. Sometimes it’s not easy for the guys coming down, so I want to know exactly how they feel; where they are, on and off the ice. That helps me communicate much better with those guys. Having that type of information from Todd, it definitely helps. And hockey-wise, I’ve said it before, it’s easy because we think the same way.”