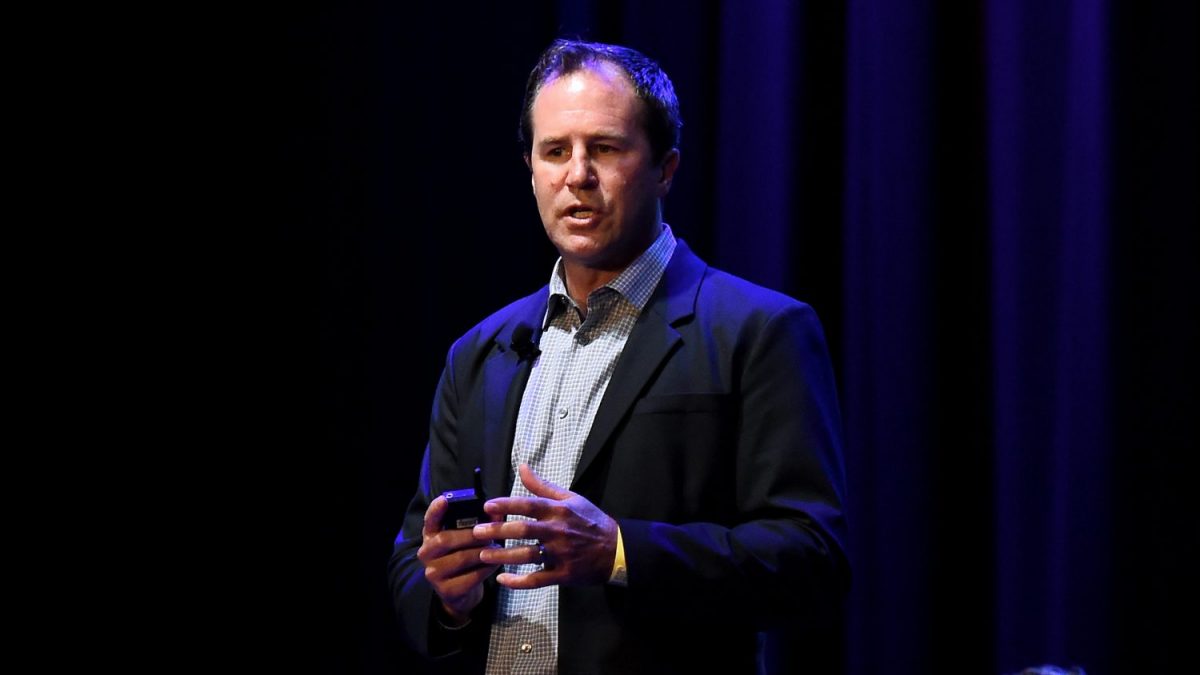 The LA Kings have announced several updates with regards to their hockey operations staff. The two front-most moves include the promotion of Nelson Emerson to Assistant General Manager, as well as the promotion of Glen Murray to Senior Director of Player Personnel. Emerson and Murray are longtime executives within the Kings front office, both of whom have been key right-hand men as General Manager Rob Blake has executed his rebuild over the last few seasons.

Additionally, Derik Johnson has a new role within the coaching staff, moving from an assistant on the video side to skills coach. Johnson has worked with Samson Lee over the last few seasons but has taken on more of an on-ice role as of late. The Kings have not had a formal skills coach under Todd McLellan, but Johnson is someone who took on elevated duties last season, especially as the staff was impacted due to COVID, and has worked with several players in an on-ice capacity this season.

The full list of changes, and additions, is below –

“The LA Kings have promoted Nelson Emerson (Assistant General Manager), Glen Murray (Senior Director of Player Personnel) and Derik Johnson (Skills Coach), along with the addition of Andy Johnson (U.S. Scout) to the amateur scouting staff, Shane Bennett (Data Engineer) to the research and development group, and Sara Hickmann as Director of Mental Performance and Clinical Services. In addition, Aaron Cooney has been named Manager of Hockey Communications and Justin Cummings is the Hockey Communications Specialist.”

Blake also confirmed his own contract extension as general manager for the first time publically in his season-opening media availability. First reported by Kings Of The Podcast, the extension has been in place for quite some time, with Blake confirming that it officially came together shortly after last season concluded.

“It was done, basically done over the summer,” he said. “There was never really an official announcement, just because we didn’t feel we needed to on that aspect, but yes, that was taken care of there, probably immediately after the season was over.” 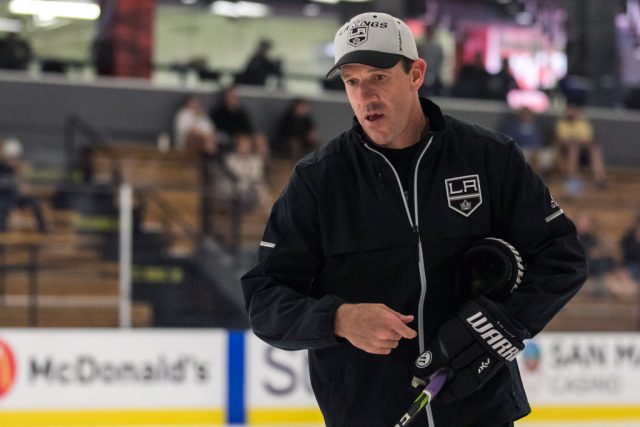 Nelson Emerson
Emerson has spent the last 15 seasons in the Kings organization, most recently serving as Director of Player Personnel from 2017-18 to 2021-22. Prior to that, he spent the previous 10 seasons in the Player Development department. He was originally named to the coaching staff on July 10, 2006 and spent the two seasons as an Assistant Coach after serving as a Coaches Aide in 2003-04. The native of Hamilton, Ontario appeared in 771 career games, including 124 with the Kings from 2000-02, and recorded 488 points (195-293) overall. Originally selected by the St. Louis Blues in the third round (44th overall) of the 1985 NHL Entry Draft, the forward also had 22 points (7-15=22) in 40 playoff games. While at Bowling Green State University of the Central Collegiate Hockey Association (CCHA), Emerson was a two-time All-American, a three-time CCHA All-Star, and a finalist for the Hobey Baker Award three times (1988-90). He remains the school’s all-time leading scorer with 294 points.

Glen Murray
Murray has held multiple roles in the Player Development department dating back to 2016, most recently serving as Director of Player Development since 2018. The former Kings forward joined the front office on a part-time basis in 2011-12 during the club’s first Stanley Cup championship season. After four-plus seasons as a consultant, he formally joined the Player Development department in 2016. A native of Halifax, Nova Scotia, Murray played 16 seasons in the NHL including his time with the Kings from 1996-02. He played in 1,009 regular-season games and recorded 651 points (337-314=651) with Los Angeles, Boston and Pittsburgh. A two-time All-Star, Murray recorded a career-high in 2002-03 with 44 goals, 48 assists and 92 points in 82 games. He scored as many as 28 goals in a season five different times including a team-high 29 goals with the Kings during the 1997-98 season. His 41 goals in 2001-02 were second-most in the NHL.

Derik Johnson
Johnson joined the Kings in 2018 and has spent the last four seasons as an assistant video coach while also working with players on the ice after morning skates and filling in on the bench for some games last season. Prior to that, he was a video coach with the Bakersfield Condors of the American Hockey League for the 2017-18 season. Johnson was a defenseman at the University of Minnesota-Duluth and tallied 17 points (2-15=17) in 108 games over four seasons. He went on to play professionally for three seasons, tallying 29 points (8-21=29) in 129 ECHL appearances (Missouri Mavericks and Reading Royals) from 2014-17. In 2015-16, he made his AHL debut, skating in four games with the Springfield Falcons.

Andy Johnson
Johnson joins the Kings after spending the last five seasons serving as general manager and director of scouting for the Sioux City Musketeers of the USHL. This past season, Johnson led Sioux City to their first Clark Cup Championship in two decades and was named USHL General Manager of the Year. Johnson’s career spans nine seasons, all in the USHL, where he’s held positions in various capacities, including scout, director of scouting, assistant general manager and general manager split between Sioux City (2017-22), the Waterloo Black Hawks (2014-17) and Muskegon Lumberjacks (2013-14).

Sara Hickmann
Dr. Hickmann brings over 20 years of sport psychology experience to the Kings, while also serving as Team Psychologist and Director of Mental Health and Wellness for the Los Angeles Clippers. Prior to her time at the Clippers, Dr. Hickmann held similar positions with the Brooklyn Nets (2010-14) and New York Jets (2009-2014). She worked for the NFL league office as the Director of Player Assistance Programs (2004-2009) and managed the clinical side for the NFL’s Personal Conduct Program (2006-2022). Her other professional experiences include working as an embedded Psychologist with Naval Special Warfare/Navy SEALS in Coronado, CA and creating a Cognitive Agility Training course for the Special Operations Central Command in Tampa, FL. Dr. Hickmann earned her Ph.D. in Clinical Psychology from the University of Massachusetts, Amherst in 2004.

Shane Bennett
Bennett begins his first season in professional hockey as a Data Engineer for the Kings. He spent the past three years as a data engineer and analyst for Team Select Home Care. Bennett earned his bachelor’s degree in Business Information Systems and Analytics from the University of Denver in 2019.

Aaron Cooney
Cooney spent the past season as the Director of Communications and Broadcasting with the San Diego Gulls of the American Hockey League. Prior to his time there, he was with the Erie Otters of the Ontario Hockey League for more than seven seasons serving in multiple capacities including Director of Partnerships, Marketing and Media Relations. Cooney has also worked with the Pittsburgh Penguins Radio Network.

Kings and Kraken, coming up next! 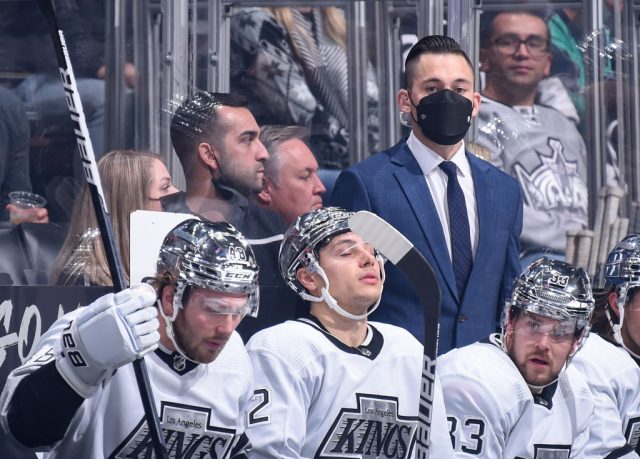 Growing the game, Insiders. For the most part, any time we use that phrase here it's related to what the Kings

By Zach Dooley
126 Comments
Off the Ice