With a fresh slate, the work is well underway when it comes to the LA Kings power play 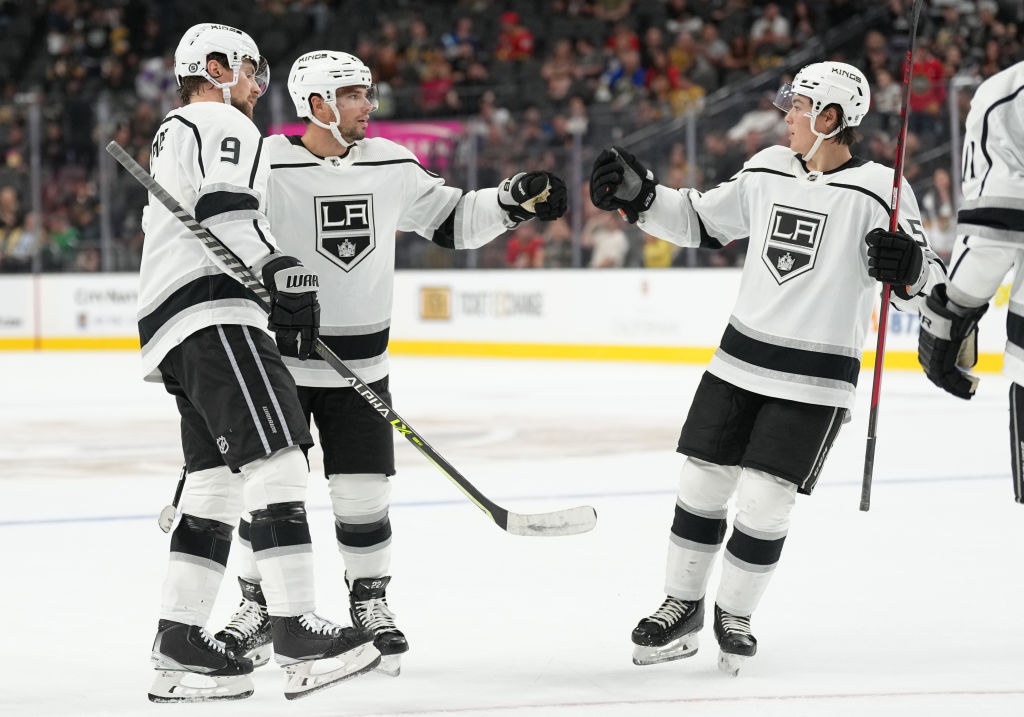 It’s the topic you’ve likely asked the most about this season. It’s one of the bigger storylines and questions entering the 2022-23 season. It’s the LA Kings power play.

Now, it’s obviously still quite early. It’s October 3, after all and the Kings have had 12 days on the ice thus far. As of this writing, the Kings still have a total of 53 players in training camp, generally split into two groups of players.

“I’ll finish probably every comment on the power play by saying it’s in the works right now,” Todd McLellan said today. “It’s quite early in the season and a lot of teams penalty kills haven’t had the time to polish up at this point.”

For starters though, the team is now putting the time into that unit so far during training camp. Kevin Fiala noted that the Kings have worked more on the power play early in the season than other training camps he’s been a part of, which is something that he likes as he understands the importance that a good power play can have when impacting games.

With new thoughts and personnel, the Kings are in experimentation mode right now, taking what they’ve researched and discussed over the summer with the goal of potentially implementing it into their play on the ice.

The process began over the summer. The Kings coaching staff put a lot of time and attention into last season’s video, as well as what other successful power plays around the league are doing. While you can see concepts and strategies from other units, it’s not necessarily a copy/paste situation either. Teams have different players in different roles, potentially players of different skillsets or handedness. Still though, when you see something being done successfully, it merits review and study, which the Kings staff did over the summer.

McLellan quoted a Mike Babcock expression that the NHL is an “R&D League” – Rob and Do.

“People try to imitate what’s working and there are certain things that are working right now, certain looks that teams are trying to get to that work for them,” McLellan said. “Will it work for the LA Kings, we’re not sure yet, but we did study those things pretty early.”

McLellan also praised the voice of Jim Hiller, who was added as the team’s second assistant coach during the offseason. Hiller has worked on several coaching staffs throughout his career, with a primary responsibility on the power play and the forwards. He’s provided something different for the Kings when evaluating video and that’s the voice of someone who was not emotionally invested in the 2021-22 Kings. He wasn’t affected by the highs or the lows, providing a clear look at the process.

“Jimmy brought a fresh set of eyes to our video from last year,” McLellan added. “It wasn’t tainted with opinion or frustration or joy, whatever it might be on that on the happy side. It was just a new set of eyes and he shared a lot of thoughts and ideas with us, so we adopted some of those things. He’s been around some good players and good power plays.”

Hiller’s first introduction to that conversation came over the summer, when he was a part of a collaborative effort after he was hired back in July. Hiller had the impressions of the Kings as a fast and tenacious team from his time as an opposing coach, impressions he’s now been able to round out with first-hand experience now in Los Angeles.

With a summer of planning behind, it’s now become about turning that planning process into execution.

“People in new places, with new roles that may take some predictability away from what could or should happen,” McLellan said. “The types of pieces we’re still using are quite common, or the individual pieces are quite common, and they might be in different spots, that may play a different role within it, but it’s still quite early. A lot of its experimental, we hope to make it permanent, but we’ll see how it goes.”

In talking with Hiller, a lot of the focus came down to handedness, with the obvious first thought being that all three forwards on the first line for the Kings shoot left. We’ve seen the deployment thus far in training camp of all three individuals playing across the middle of the five-man unit, on both sides of the umbrella and in the “bumper” position in the middle.

One thing that has changed in some ways from last season has been a noticeable interchangeability between players on the unit, something Hiller discussed in his introductory availability.

“We’ve talked a lot about players with different hands, left shots, right shots, where different people could be options,” Hiller said. “Throughout training camp, we’ve just been trying that out. If you look at Kopi, Juice and Kevin, they’re playing as a line, but all three are lefties, so they’re almost interchangeable in the spots they’re playing in on the power play.”

For their part, Kempe and Fiala specifically have demonstrated the rotation frequently during practices, and we’ve started to see it worked into games as well.

Both players discussed the importance of versatility, especially when getting set up for that first sequence off of a successful zone entry.

Fiala – You know, I think all of us, not just us two but all of us can interchange and I think that’s what good power plays do. You don’t have a spot, you see how it goes and fill in wherever you are and play from there.

Having versatility and flexibility is also key to attacking quickly.

As Kempe pointed out, when either he or Fiala transport the puck into the offensive zone, sometimes that entry winds them up in a different position on the ice than their “assigned spot”. Having players be more interchangeable offers quicker set up times, which can lead to a better management of the two-minute segments, ideally resulting in more attacking opportunities.

“With the breakouts and stuff where you come in, if I’m not [in position], it takes 5-10 seconds for me to sprint to the other side and for others to get set up,” Kempe added. “It helps a lot I think, it’s a good thing to not have to be in specific spots all of the time.”

While tweaks and changes are being made, it will also take time to implement these to the fullest extent. We’re 12 days into training camp and of those 12 days, three were three-group practice days with a scrimmage, four contained exhibition contests and one was an off day. This past week, however, the Kings have started to commit more practice to the power play, with the group separated in a more defined way.

Last season, the Kings established an identity as a team that played in competitive, one-goal games and they did so with the 27th ranked power play in the league. With just a league-average power play on the same number of opportunities, they would’ve scored 11 more goals. That can swing a one-goal game with an insurance marker, a go-ahead goal or a game-tying goal.

“Everybody wants to be good on the power play, it’s important, especially end of the year and in the playoffs, because it can win you games,” he said. “Special teams, both PK and power play are huge.”

For the Kings, over the course of the next eight days between now and Game 1 versus Vegas, it’s about continuing to practice and apply those concepts into something that will hopefully translate into success during the games. Execution, confidence and feeling good, three pillars of success the Kings can hopefully use to flip the script a bit this season.

“There’s really no secret sauce to it, it’s just being able to execute, feel confident and feel good about it,” Hiller added. “Sometimes it’s just getting on a roll, you start to feel good.” 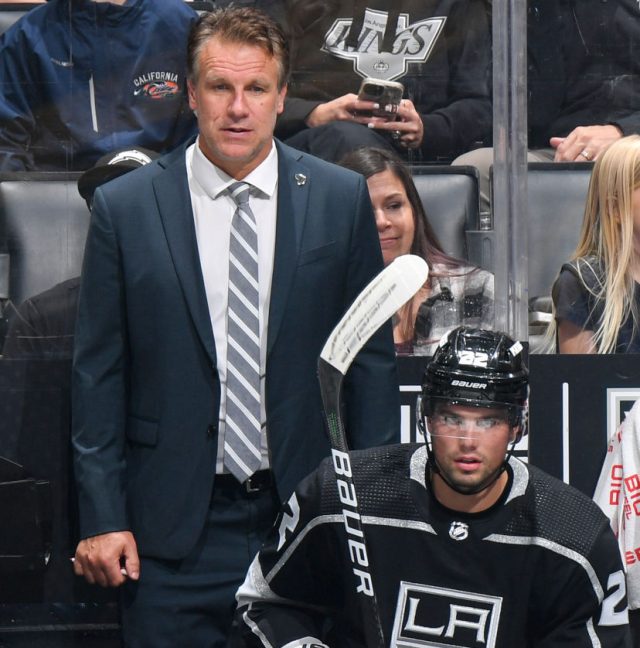 By Zach Dooley
131 Comments
Behind the Scenes