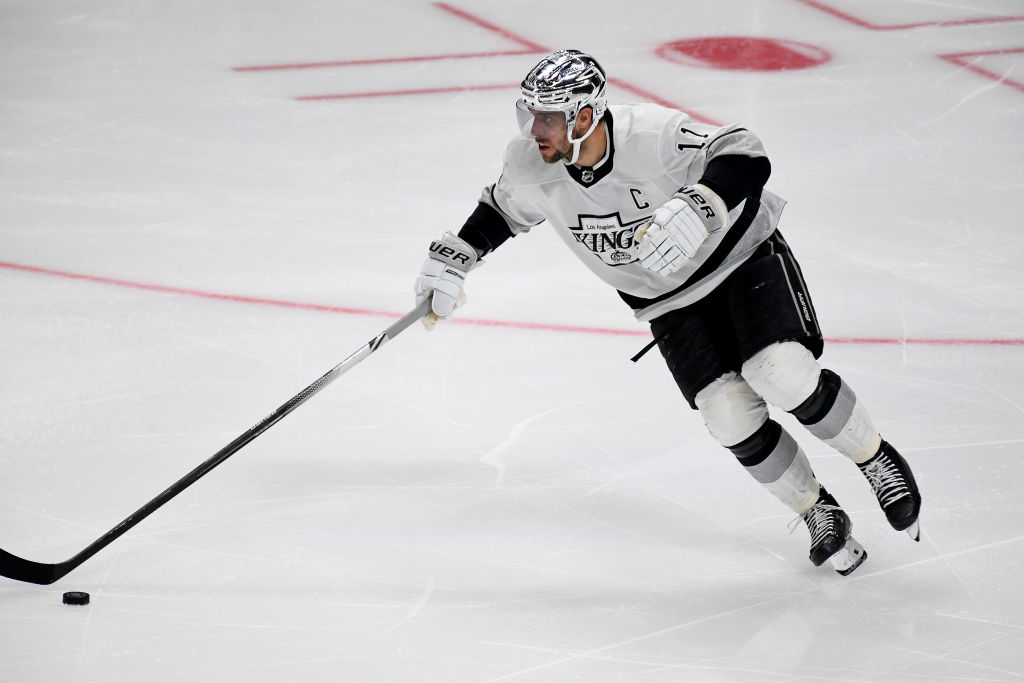 Taking us into the weekend with a look at the captain, Anze Kopitar.

From one AK to another, we go from Kempe to Kopitar, from the right side of the first line to the middle. Several things related to Kopitar become unsurprising, as he led the team in scoring once again, received several votes for the Selke Trophy and was the 200-foot player the Kings have grown to know and expect over the years. Kopitar’s overall output was right on track with past seasons, with a bit more of an in-depth look to come below.

While our review for Kempe discussed a player who broke out, the review for Kopitar focuses more on a player who posted a sample size very consistent to what we’ve come to expect over the years. Kopitar was the team’s leading scorer and a player who logged many of the most difficult assignments on a nightly basis, not limited to those in the postseason. Offensively, as we’ll detail below, Kopitar had some of the best underlying numbers of his career, while his defensive metrics were similar to the last few seasons, even if not at the same level as his Selke Trophy winning seasons of years past.

In what has become the organization’s most common tradition, the Kings were led in scoring by their captain. While he’s always hit those marks, here in 2021-22, Kopitar did so with some of the best puck possession metrics of his career when it comes to chances created. Looking at high-danger chances for and scoring chances for, on a per/60 basis, Kopitar’s on-ice rates this season were higher than any season in his NHL career to date. On a team praised for volume shooting, the Kings were getting not only that, but high-quality opportunities in volume with Kopitar on the ice.

Why were the Kings so frequently in a position to possess the puck, you might ask? It starts in the faceoff circle, where Kopitar posted the second best rate of his NHL career, no easy task when you think about his prowess in that area in past seasons. Among centers with at least 1,000 faceoffs taken this season, Kopitar ranked tenth in the NHL in faceoff percentage and was one of just two centermen around the NHL, along with Ryan O’Reilly (STL) in the Top 10 in total faceoffs won in all three zones this season.

Kopitar is still regarded as one of the NHL’s best two-way forwards, as evidenced by a sixth-place finish in the Selke Trophy voting. While the presence of Phillip Danault helped to free up Kopitar a bit offensively, it was still number 11 taking on many of those difficult matchups. Kopitar took less than 50 percent of his faceoffs in the offensive zone, well below most top-line centers, but still posted possession metrics of 54 percent or higher in all three listed categories. Impressive stuff.

From a character perspective, Kopitar is regarded around the league as one of the best, as evidenced both by his receiving of the Mark Messier Leadership Award, as well as his votes received for the Lady Byng Trophy. Kopitar’s leadership abilities were on full display during Dustin Brown’s final regular-season game in Vancouver, with Kopitar himself putting the plan into motion to have Brown wear the “C” one final time. Kopitar has rarely been questioned in these areas, but seeing him acknowledged on a leaguewide level is just the icing on the cake.

Trending Down – In many ways, this first note is a carbon copy of Kopitar’s right wing, Adrian Kempe, from the other day. Kopitar is a terrific two-way center, but on the Kings this season, his percentage of goals for at 5-on-5 didn’t match the percentage of chances controlled. Kopitar and Kempe ranked second and third to last in that category, though at least some of that can be explained by one of the NHL’s lowest PDO’s, with Kopitar ranking at .972. Kopitar’s on-ice shooting percentage and on-ice save percentage were both at the second-lowest rates of his career, which does account for some of those metrics, though the numbers say what they say.

Kopitar’s overall production was right where you’d like it to be this season, but it was front-loaded at least in terms of goals. The veteran had 14 of his 19 goals before the All-Star break, with just five from 34 games played after the break, and just two of those five came on the power play. Kopitar really carried the load offensively early as the Kings found their footing, but it was more collective in the second half. Regarding the power play specifically, it’s an area that needs improvement in all areas, with Kopitar included in that category.

Kopitar’s eight-year contract extension has reached the final two seasons, but his place within the organization has not changed much, nor will it, entering the 2022-23 season. Kopitar led the team in scoring yet again, as he has during 14 of his 16 seasons at the NHL level. Kopitar will enter training camp where he always does, set to center the team’s first line as a prominent factor at both ends of the ice. Who he will line up alongside could be the bigger question, with a potential opening on the left with Kopitar and Kempe up for grabs.

Kopitar’s season in review completes the top line, with a nice look at the second line of Phillip Danault, Trevor Moore and Viktor Arvidsson to follow, along with some of the team’s depth players up front.