With a 3-2 Series Lead, Kings Know They’ll Need Their Best Performance to Date in Game 6 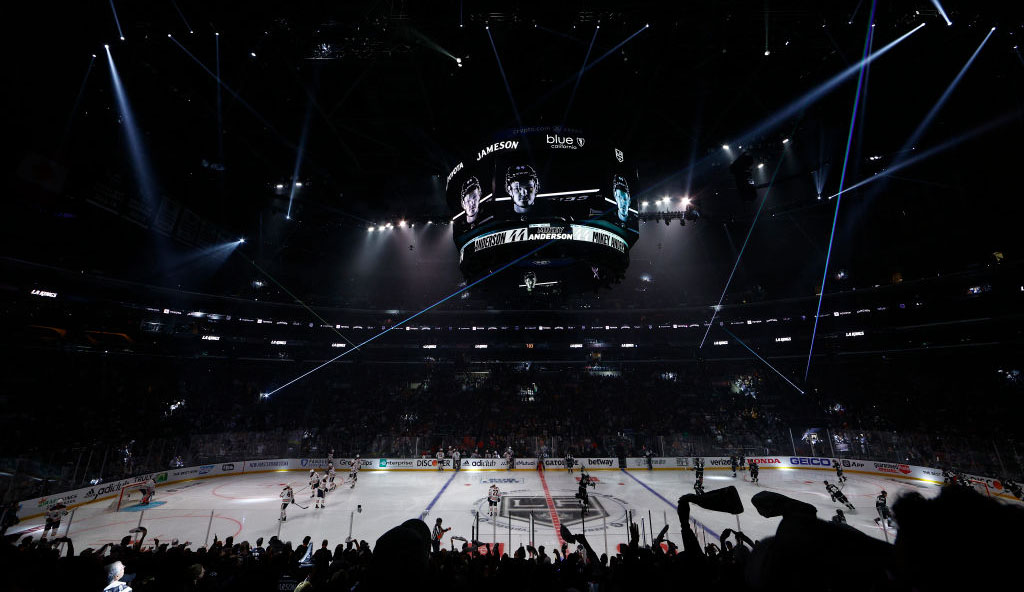 “Both teams are going to be aiming at improving, doing things better and coaches will be talking to their teams, motivating them about doing this better, or this harder. It comes down to the players doing it now. We can motivate, we can push all we want, but they have to get it done. Whichever team improves from night to night will probably end up winning.”

That was Todd McLellan, speaking to media in advance of Game 5.

McLellan essentially forecasted his own post-game comments with this statement pre-game. The Kings did not improve between Games 1 and 2, or Games 2 and 3, and it showed with a pair of defeats. They certainly did improve between Games 3 and 4 and came away with the home victory to even the series at two. Game 5 was a different style of game, but still an improved one in some ways for the Kings, who skated to the overtime victory in Edmonton in the ever-important fifth game. With that all in the past, the first elimination opportunity of the series now falls to the Kings, coming up in just over 24 hours’ time.

“We need to get better, not keep doing what we’re doing, it’s got to go up in some areas,” he said last night. “We have to clean some things up. These last two games that we’ve played won’t be good enough in Game 6, so we’ll have to find a way to be better.”

That’s not to suggest that the Kings didn’t do a lot of things well in Game 5 yesterday, because they did. McLellan was sure to say as much. He noted that he liked his team’s game, especially at 5-on-5, but at the same time, in a playoff series, you have to finish with your best game. McLellan was quick to point out, however, that special teams are just as much a part of the game as even-strength play. In that area, the Kings fell short once again last night, as they have for much of the series.

The Kings have outscored the Oilers 13-11 at five-on-five this series, if you include Carl Grundstrom’s empty-net goal in Game 4. Edmonton has outscored Los Angeles 10-2 in all other situations, with seven power-play goals, two shorthanded goals and a 4-on-4 goal.

“They’re a really good team, they have a really good power play and they capitalized on every chance they had,” Phillip Danault said. “We have to be careful there, but we came back, we stuck with our systems, and believed in ourselves. Here we are, 3-2.”

Pretty staggering disparities there if you look at it, but at the same time, if you said the Kings would give up two power-play goals and a shorthanded goal, with the duo of Connor McDavid and Leon Draisaitl each netting three points, would you have predicted a Kings victory? Edmonton’s stars were exactly that in Game 5, as they have been all series. McDavid leads all skaters with nine points and Draisaitl leads all skaters with five goals, but even on a night when both individuals produced, the Kings found a way to prevail. 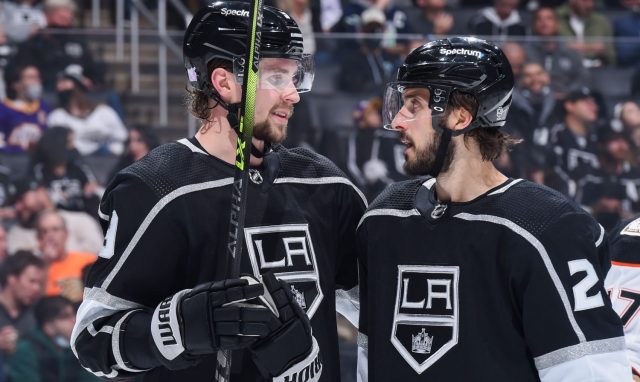 Raising the level, however, is the name of the game coming home for Game 6.

McLellan’s quote when the series was 2-2 was spot on. The team that continues to push its level higher, the team that raises its level from game to game is the team that will come out on top over the course of seven games. For all the talk on the Edmonton side of not yet playing its best game as a group, the Kings have a better game in their system as well and they’ll need to play it in Game 6 to get the series win.

“We have to reset, look at the game and see what we can do better still,” Adrian Kempe said. “There are still some areas where I think we can improve, but other than that, at 5-on-5, we’ve got to stick with our gameplan. If we can do that, don’t fall into the trap game of playing North-South all the time, I think we have a good chance.”

The series now shifts back to Southern California, as the Kings return to home ice with an opportunity to clinch a series victory for the first time since the 2014 Stanley Cup Final. The Kings are excited for that moment. They’re relishing that moment. But they are well aware that the job is not done heading into Game 6.

Looking back to the last time the Kings were home, the energy in the building only grew throughout Game 4 at Crypto.com Arena. From puck drop on, carrying on all the way through the circumstances that dictated three separate goal celebrations for Carl Grundstrom’s tally late in the third period, the energy in the building continuously grew, culminating throughout the third period. That energy should only be amplified in Game 6, with the opportunity to advance to Round 2 in front of them.

There’s tangible anticipation from the Kings and being able to play at home once again tomorrow, with the biggest game of the season (until the next one) to be played.

“There’s still a lot to play for,” Kempe said. “Obviously we’re very excited with where we’re at right now, [Game 5] was a great road win for us and our confidence is good, but we’ve got to reset our mindset and play like we can on Thursday.”

The stage is now set, Insiders.

Game 6 on home ice, with the chance to advance to Round 2. Couldn’t ask for much more than that.

7 PM puck drop tomorrow evening, with the instruction to get to the arena early for those attending. The Kings know the challenge ahead and they know they need to stick to the style of hockey that got them to this point. One more win and they’re Round 2 bound. Time to feed off of the energy in the building and get the job done.

“We just have to play our game,” Danault added. “Play our game, simple, same [style of] game we’ve played over the last two games, there shouldn’t be any differences in our game. Obviously you want to close it out, like any other team. We’re going to use the energy of our fans, let’s go home and let’s do this.”

Time to blow the roof off.

Nick Nickson with an all-time radio call of Kempe's OT Winner makes this last night's Call of the Game presented by @GetSpectrum!