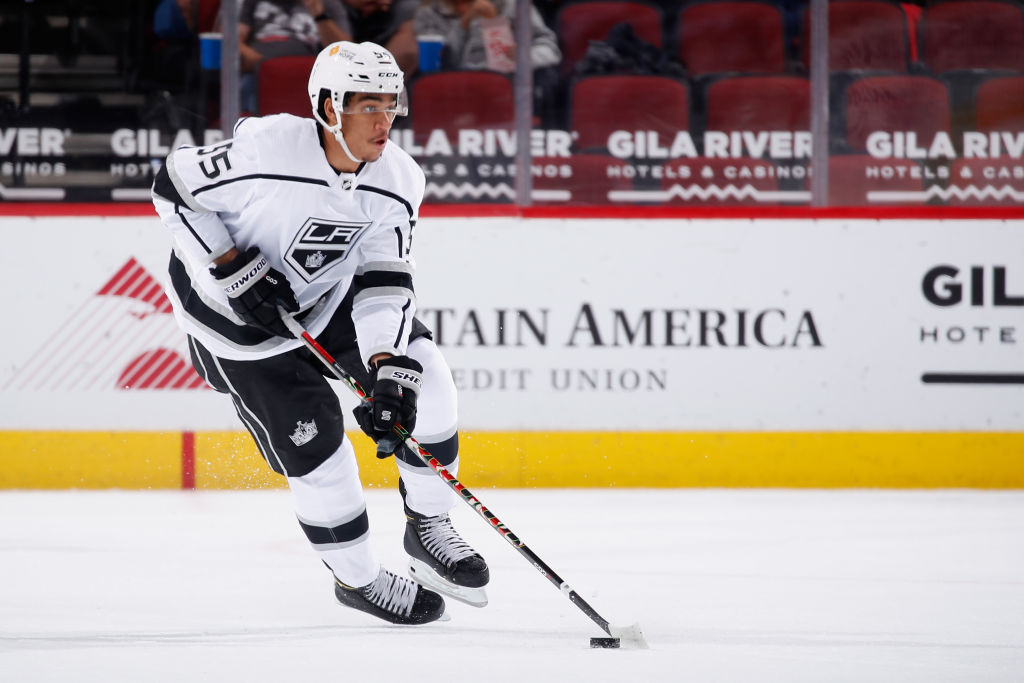 The LA Kings announced this morning that the team has recalled forward Quinton Byfield from the AHL’s Ontario Reign. Byfield was recalled directly to the active roster, as opposed to the taxi squad, and is expected to make his season debut tonight versus Colorado.

Byfield joins the Kings at the right time, with six points (4-2-6) from his last six games played in the AHL. Byfield had points in five straight games earlier this month, as he began to play with more and more confidence with the Reign.

After he fractured his ankle during training camp, Byfield worked his way back into the AHL lineup, with that process back detailed HERE. Byfield skated in four games with Ontario between 12/10 and 12/18, before he was recalled to the NHL in late-December, though he landed in COVID Protocol a day later. Byfield admitted that his ankle was still bothering him a bit in those first four games and said that the added time off actually gave him a bit of extra time to feel 100 percent. In those first four games, Byfield went scoreless. He’s totaled six points in the seven games since.

Ontario Assistant Coach Chris Hajt on Byfield’s Progression
You can see he is feeling better and getting his timing back. I haven’t gone through it, but you can only imagine just having a few skates and then playing right away. He’s just going to get better with time, and he did. He gave us a real good game [on Sunday], lots of shots, had opportunities and put in a huge goal in overtime so we’re definitely happy with his game and we’ll look forward to more as time goes on.

Prior to being selected by the Kings, Byfield skated two seasons with the Sudbury Wolves of the Ontario Hockey League (OHL), where he posted 143 points (61-82=143) in 109 regular-season games along with eight points (3-5=8) in eight postseason appearances. During that span, he was named to the 2019-20 OHL Third All-Star Team, served as team captain in the CHL Top Prospects Game, was awarded the 2018-19 CHL Rookie of the Year, OHL Rookie of the Year and chosen to the OHL First All-Rookie Team.

The Newmarket, Ontario native has represented Canada on multiple occasions, most recently at the 2021 IIHF World Junior Championship where he tallied seven points (2-5=7) in seven games on his way to helping Canada earn the silver medal. At the 2020 IIHF World Junior Championship, he was the youngest player in the tournament and skated in all seven games as Canada went on to capture the gold medal. He also earned a silver medal with Canada in both the 2019 Hlinka Gretzky Cup and the 2018 World Under-17 Hockey Challenge.

Byfield and the Kings are set to take the ice at 10 AM for morning skate at Toyota Sports Performance Center in El Segundo, in advance of tonight’s game on ESPN against Colorado.